If you’ve seen any videos from Nick Murray, the host of a car-based YouTube channel, you’d know that he owns a BMW M4 and is actually a very big fan of it. He’s made several videos of his M4, showing it drive through snow, on highways and comparing it to other cars in its class. In his latest video, Murray drives the brand-new Mercedes-AMG C63 S, a direct competitor to the BMW M3/M4.

We read a lot, talk a lot and drive a lot of cars, comparing them and reviewing them. However, it’s rare when you see a review of a car by a reviewer who owns the direct competitor to the very car they’re reviewing. So let’s take a look at what Murray, a very happy M4 owner, thinks about the new AMG. 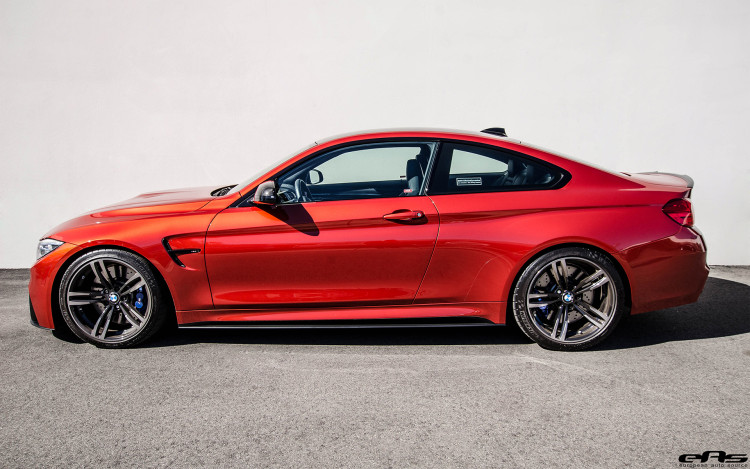 Probably the biggest takeaway Murray has from the AMG C63 S is that it’s far more comfortable than the M4. The suspension, especially in Comfort mode, is much softer and smoother than the M4, soaking up bumps and being the easier car to live with. The M4 is much harder edged and more sports car-like. Murray also goes as far as to say that the AMG is the nicer car to drive everyday.

It also sounds fantastic, with a 4.0 liter twin-turbo V8, compared to the M4’s sort of strange sounding twin-turbo I6.The AMG V8 sounds like a proper supercar’s engine and is more exciting to drive. While they are just about as fast as each other on paper, Murray says that the AMG is likely faster in real life by just a bit, thanks to its much higher power output. The AMG makes 503 hp and 516 lb-ft of torque in C63 S guise, while the M4 makes 425 hp and 406 lb-ft of torque, so the M4 is vastly outgunned. Murray claims that you can feel it from behind the wheel.

Murray also goes into how the interior looks and raves about it. The M4 interior is nice and very functional, but the Mercedes-AMG is far nicer, at least to Murray’s eyes. He loves it and points out some of the really nice details that the BMW M4 doesn’t have. However, he doesn’t like the tacky iPad-like nav screen tacked onto the dashboard. Me personally, the nav screen is fun but the column-mounter shifter stalk is ridiculous and does not belong in a Mercedes-AMG.

However, there are some things Murray doesn’t like. One of them being the way it looks. He isn’t the fan of how it looks and feels it’s somewhat boring. In this regard, Murray claims that he likes his BMW M4 much better from the outside. We have to agree.

He also isn’t a big fan of the way it handles. While it rides really well and is far more comfortable than the M4, it simply isn’t as fun to drive. It’s a great car, one that’s super powerful, very fast and has a gorgeous interior. However, it isn’t as fun to drive as his M4, isn’t as good looking as the M4 and overall not the car Murray would buy over the M4. He claims that if he had the choice right now and they were both the same money, he’d buy his BMW M4 all over again.

So there you have it, a BMW M4 owner, who has no strong allegiance to any car brand, would still buy the BMW M4 over the C63 S. The AMG is easier to live with, has more power and a nicer interior. However, it just isn’t as fun as the M4, not as good looking and not as enjoyable to drive. So the M4 it is.