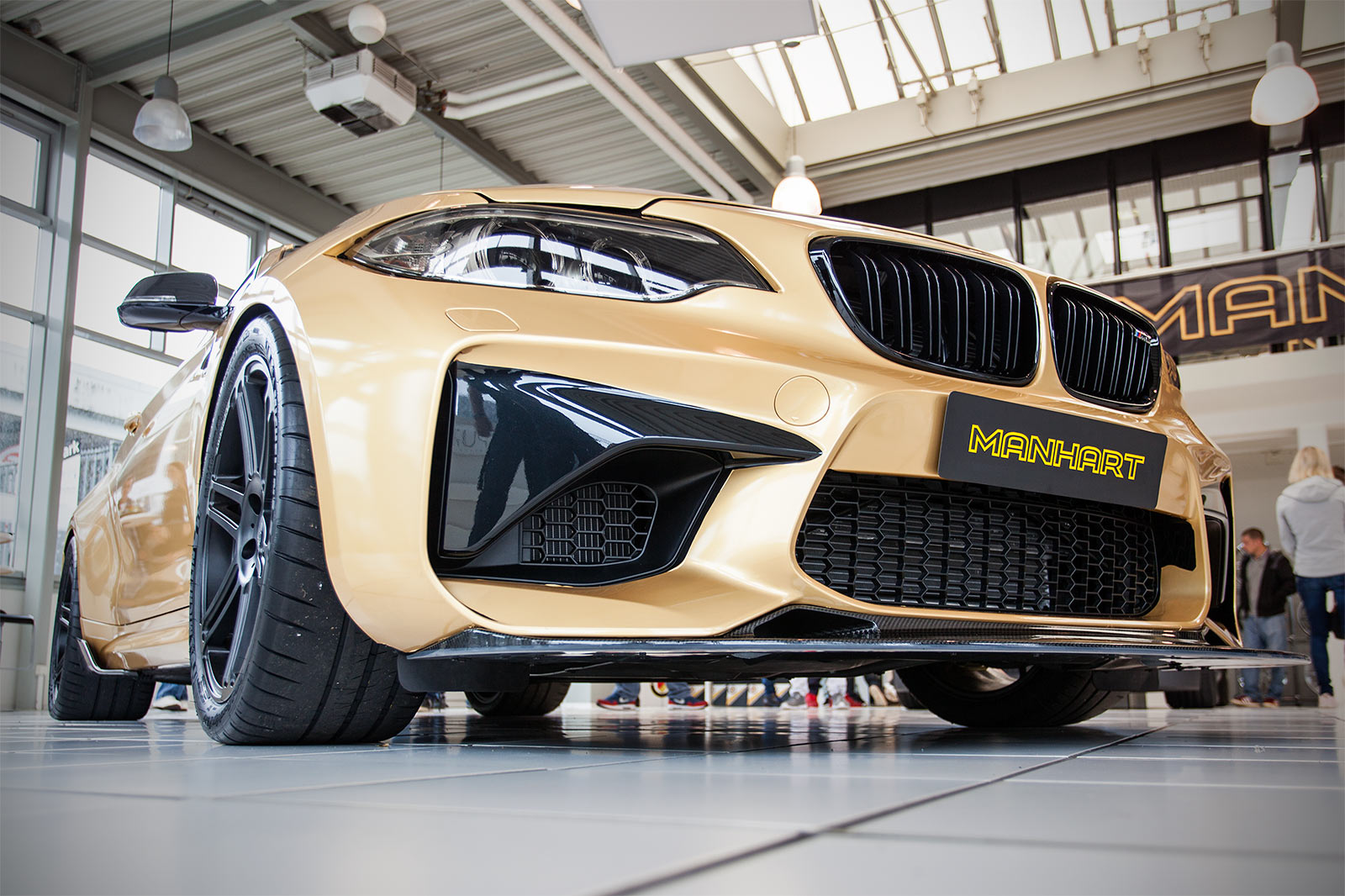 Earlier this week, German tuning shop Manhart Performance celebrated its 30th birthday with the unveil of a new, limited edition model. Dubbed MH2 630, the special model is based on the popular BMW M2 Coupe. Limited to five units, the BMW MH2 630 uses a modified engine from the M4 producing 630 horsepower. The final pricing has yet to be formally announced, but it’s rumored to be in the six-digit range.

Manhart presents their interpretation of the M2 in a gold color, specifically in the BMW Individual color “Sunburst Gold Metallic”. Since the interior of the Manhart racing cars are presented in a typical Manhart design customization, the exterior color matches perfectly with the yellow accents inside the car. 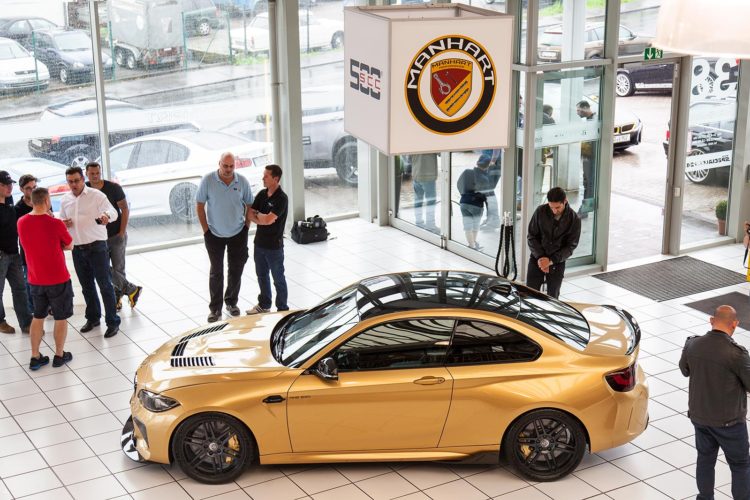 A comprehensive aerodynamic package has been fitted to the car, starting with a carbon fiber bonnet with a power dome, and continuing with large air intakes and a front splitter, bumper with new air ducts and a spoiler lip. There is also the usual Manhart wheels, here completely in black showing the yellow-gold-painted brake callipers. 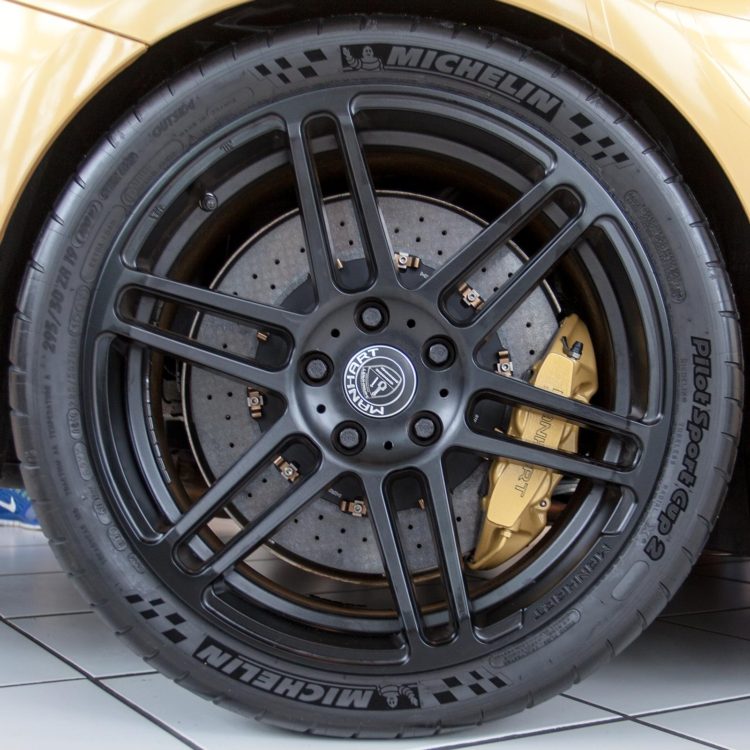 The most interesting part on this MH2 630 model is the S55 3.0 liter six-cylinder engine from the M3/M4. The unit now produces 630 horsepower, but the company has refrained to comment on the exact modifications. A tuning chip and an update of the turbocharger are likely among the changes. 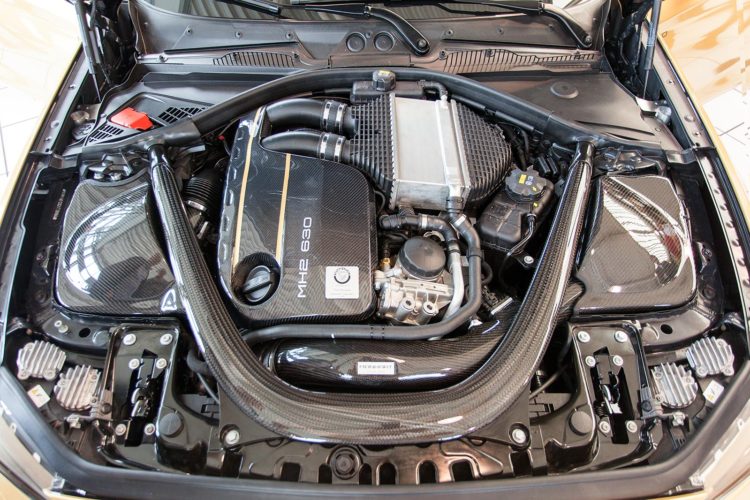 For more images of this track-ready M2, visit the photo gallery below: 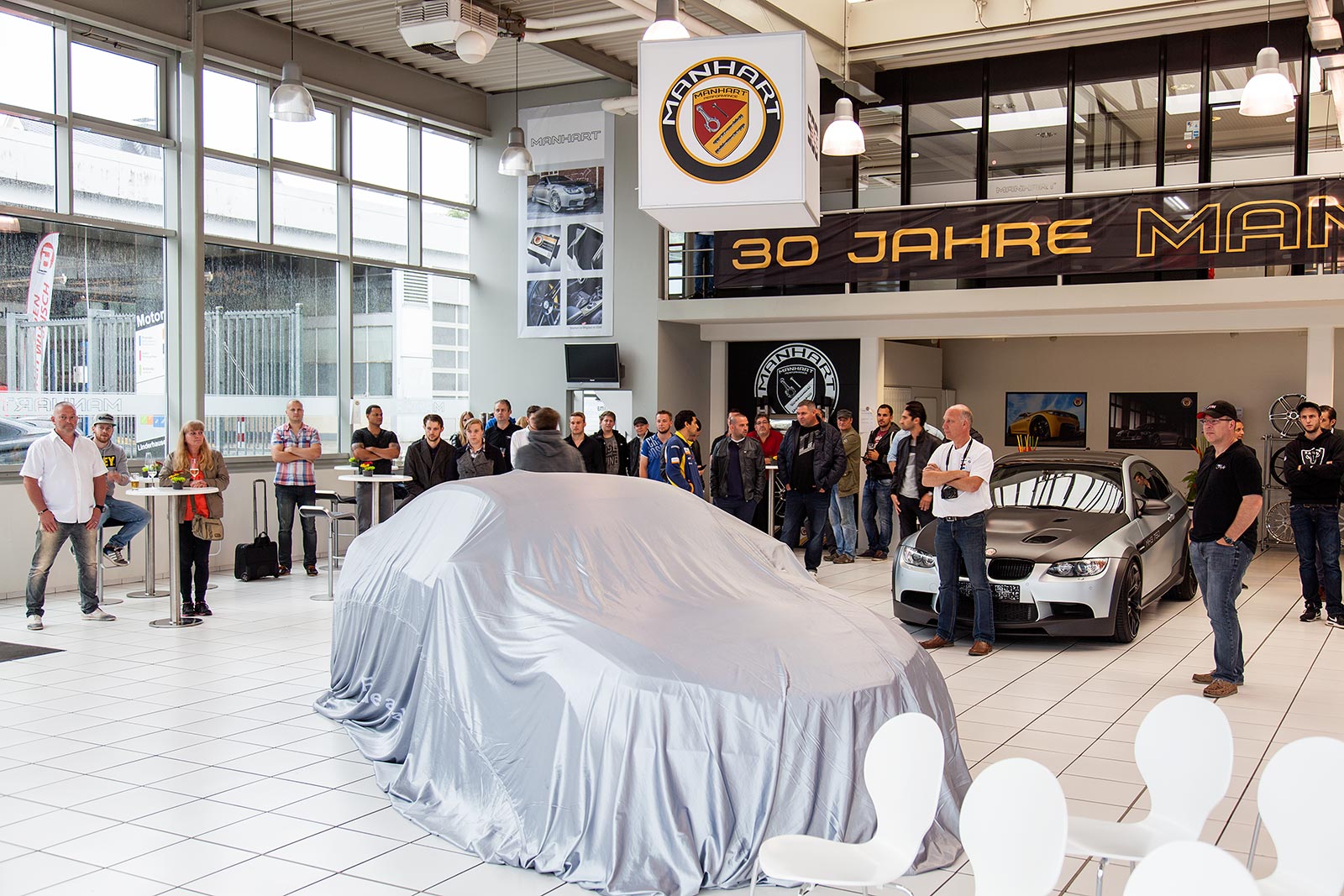 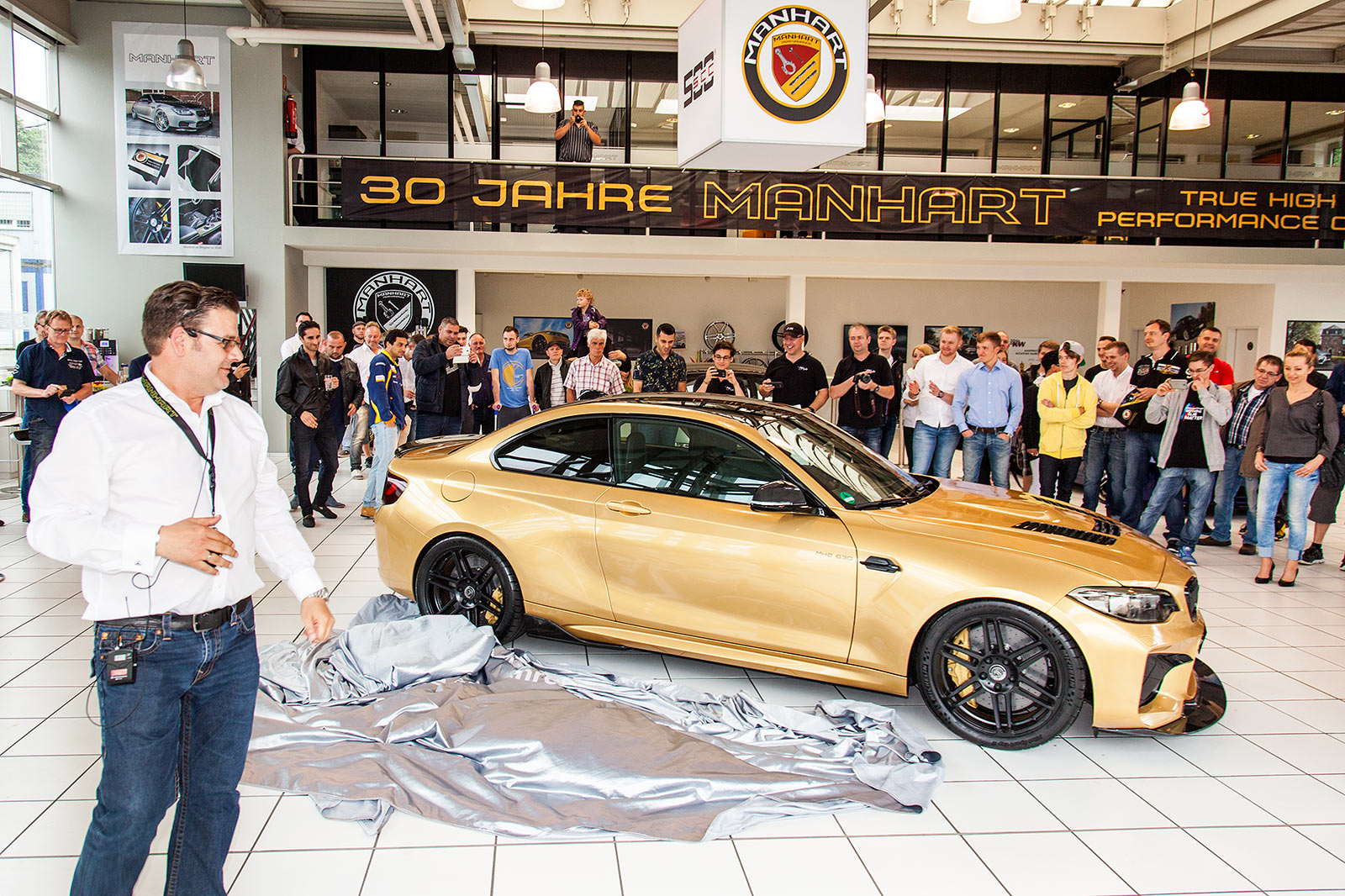 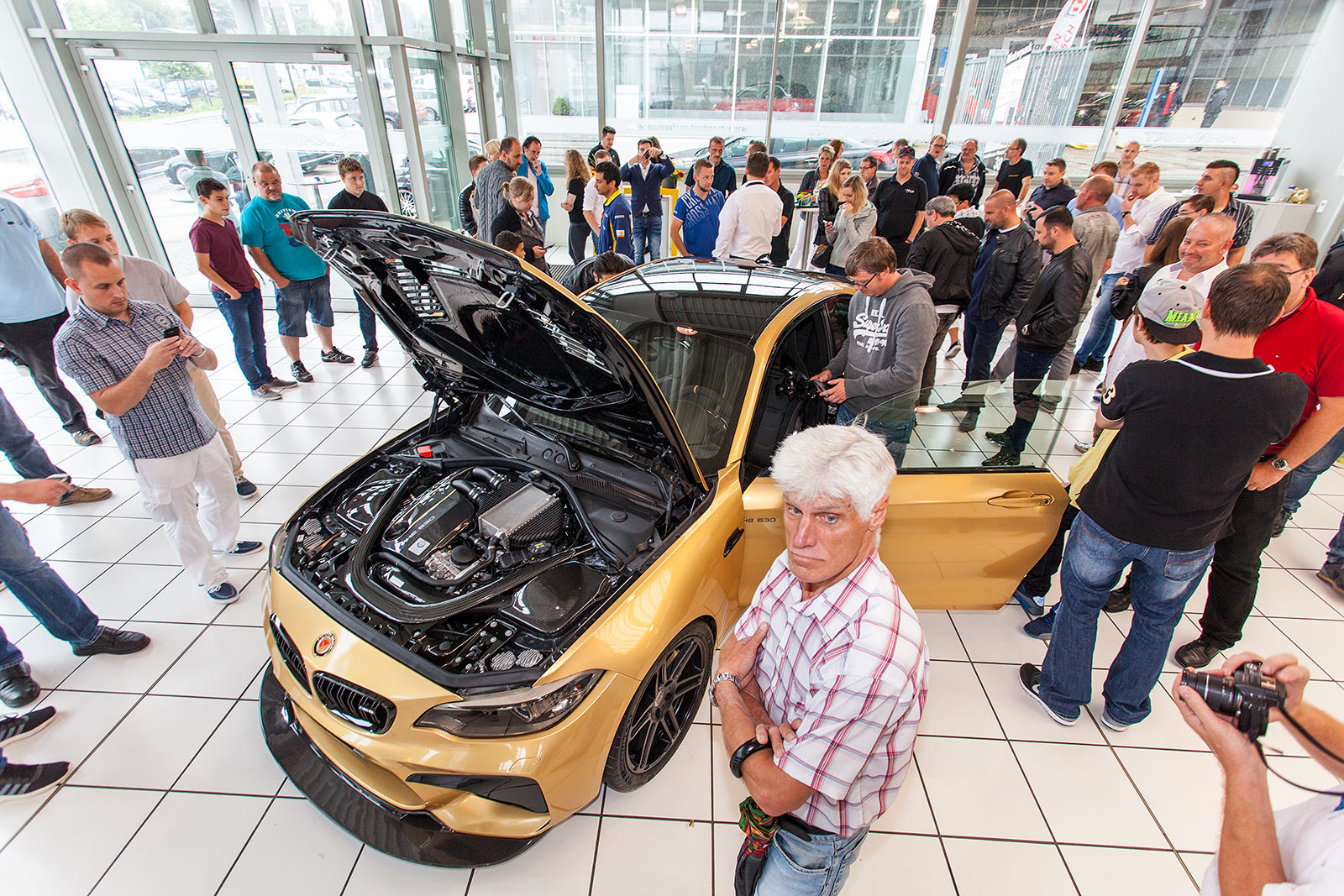 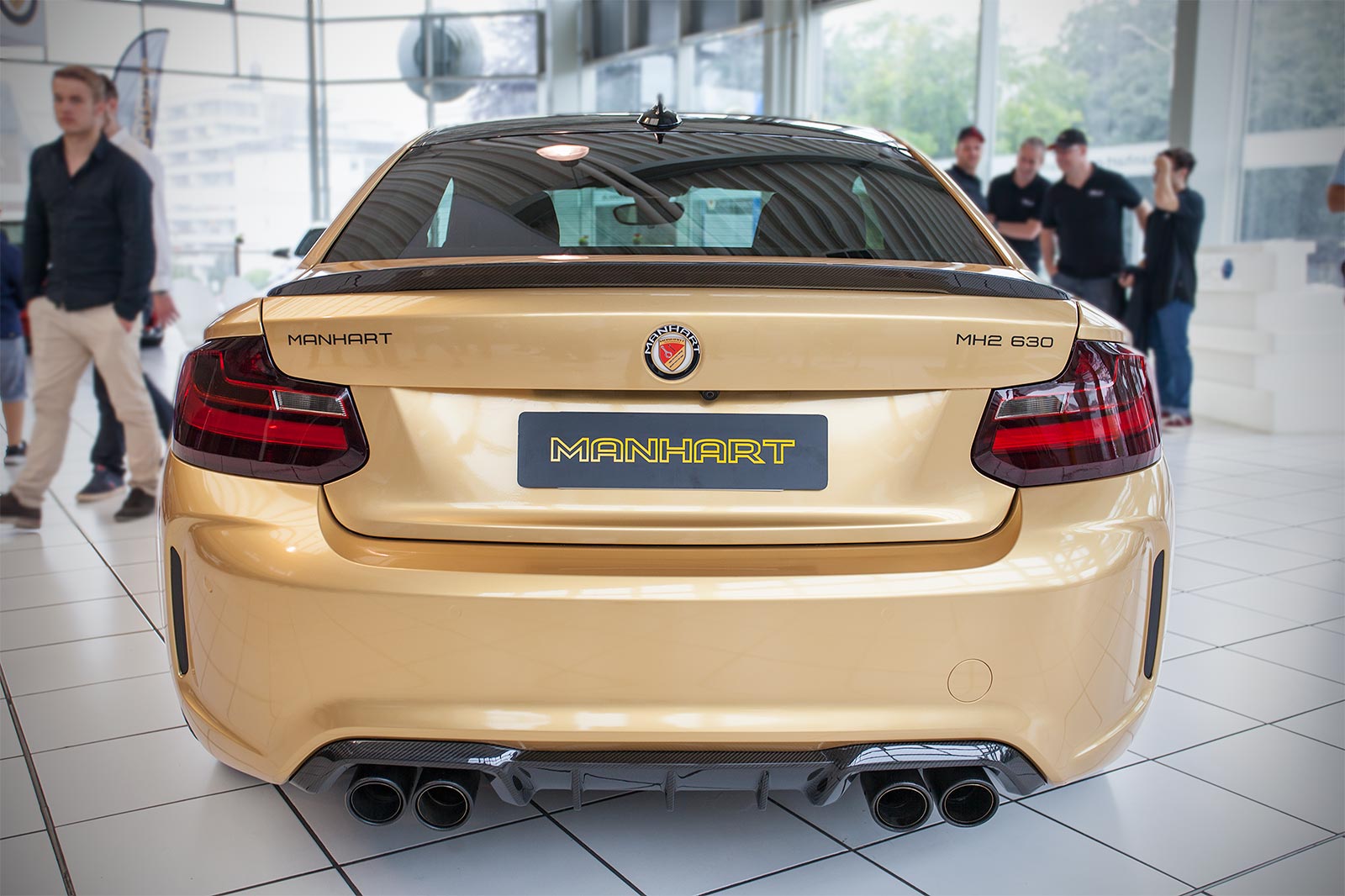 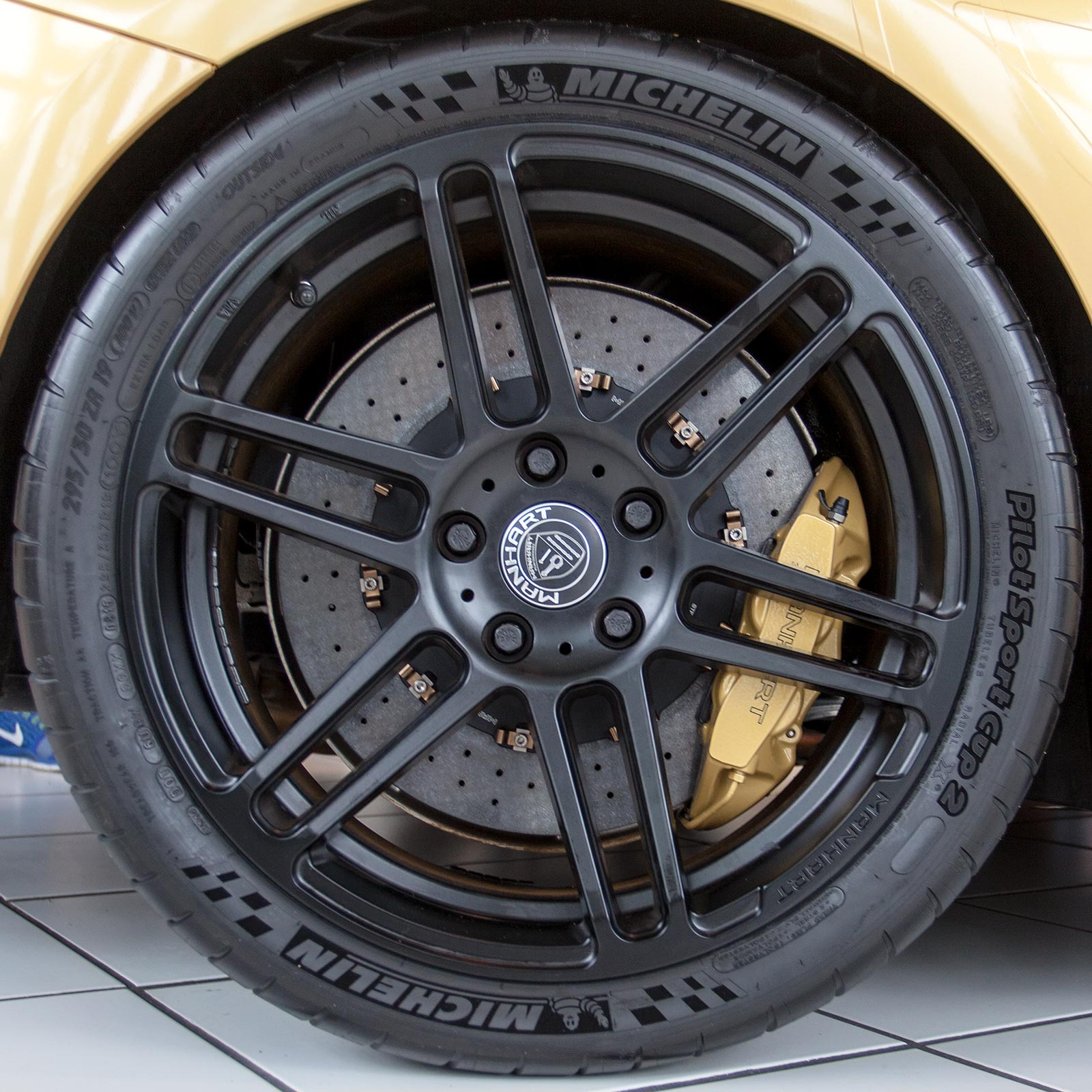 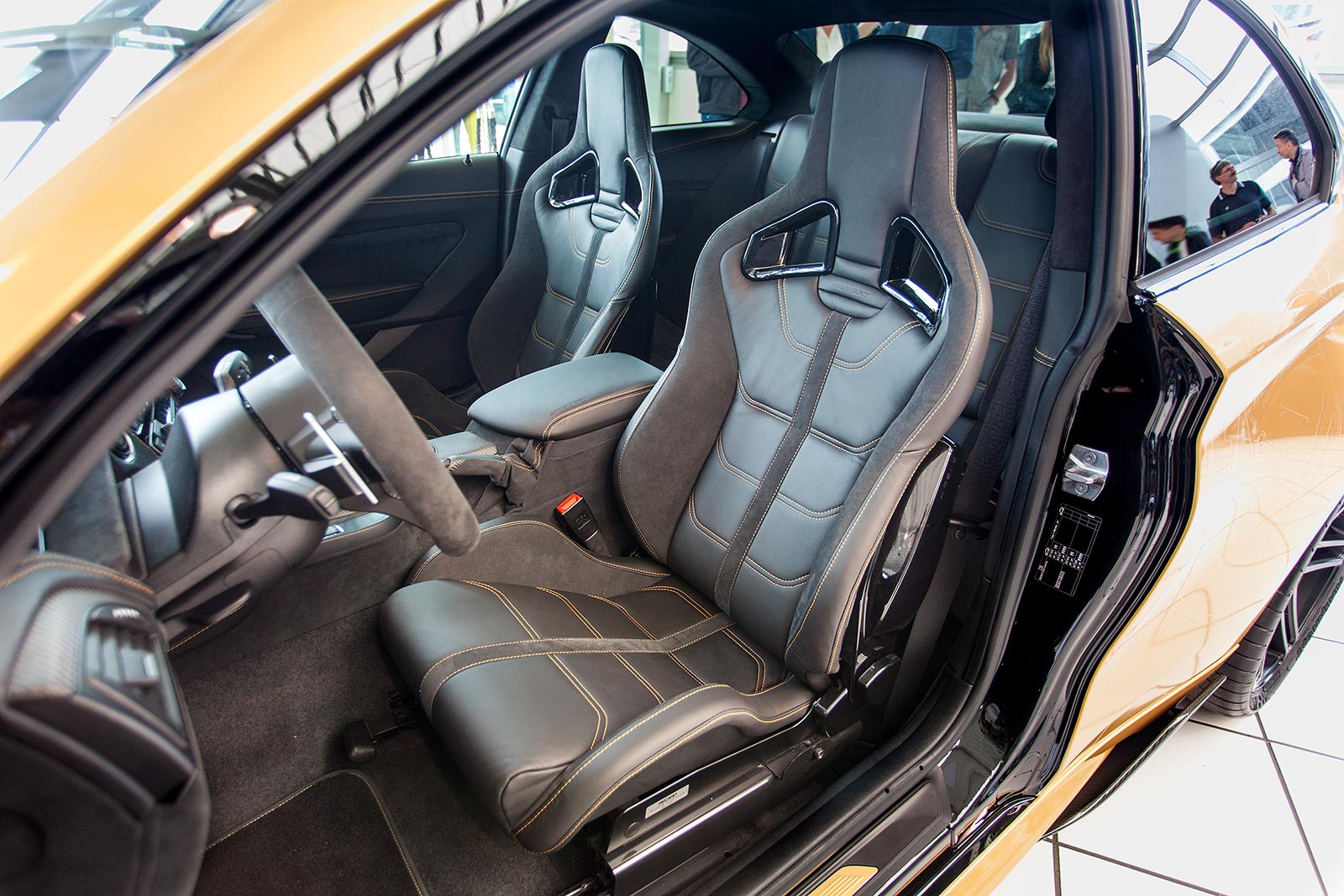 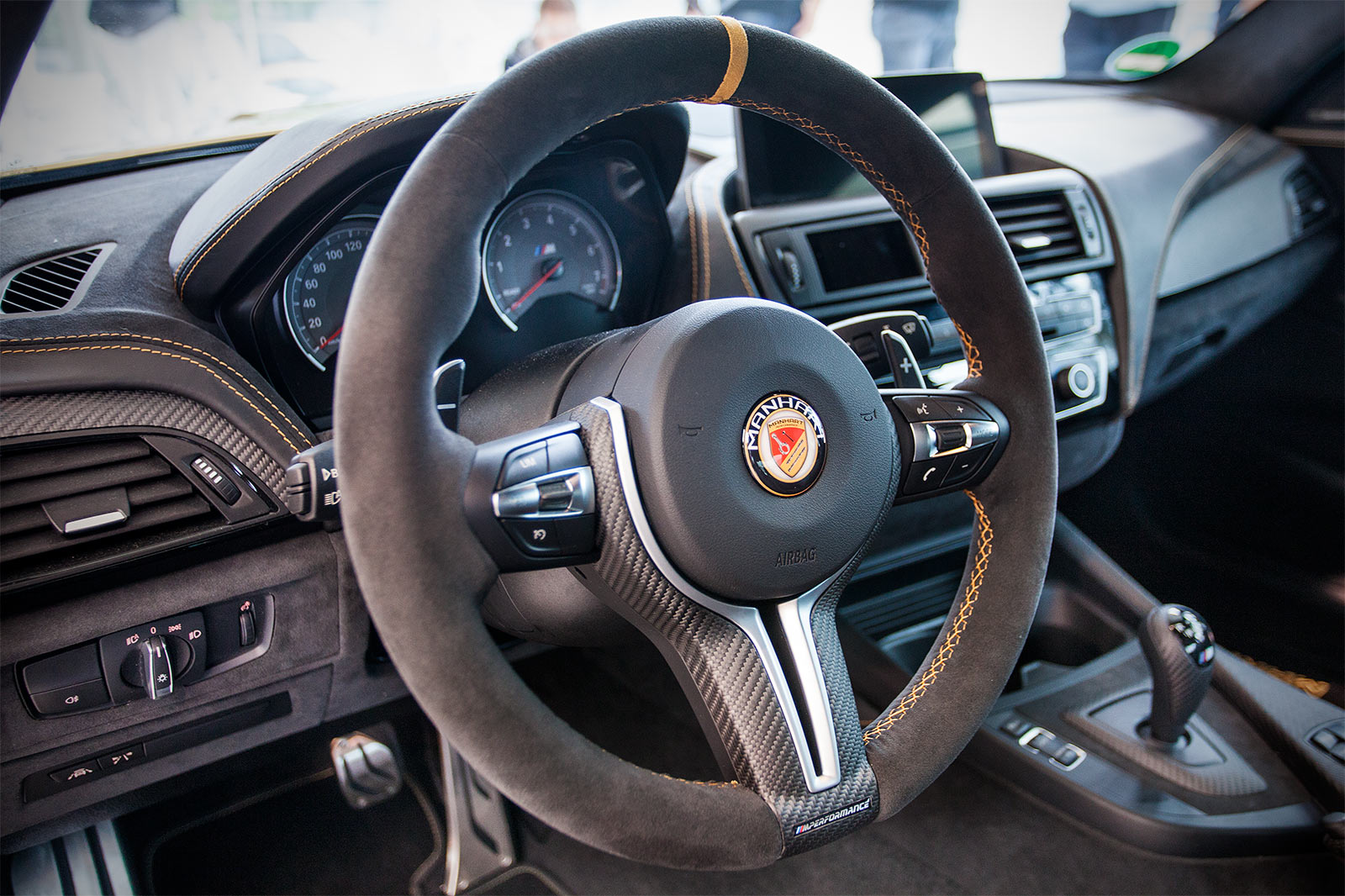