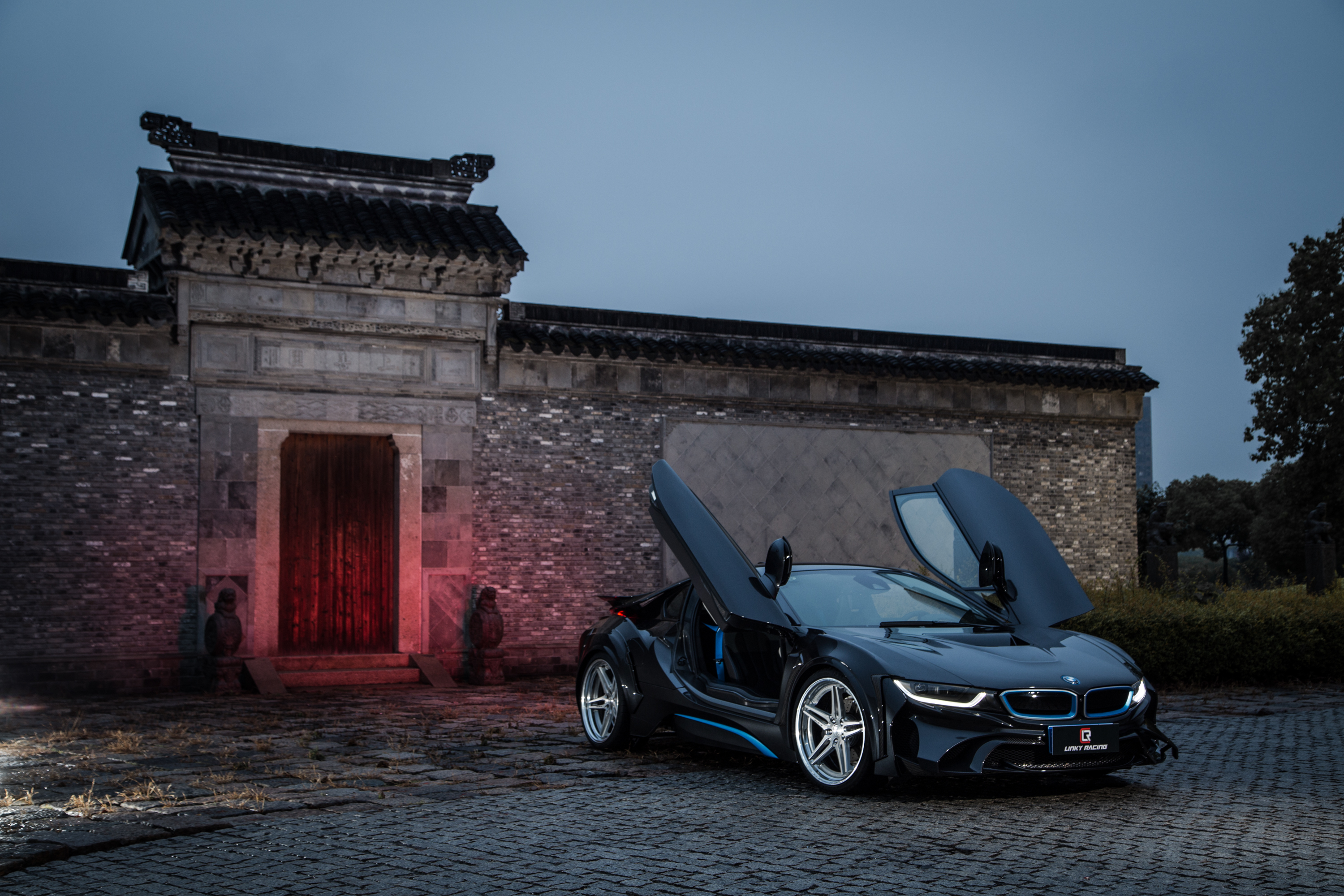 Awhile back, a Japanese tuning company, Energy Motor Sport, developed an EVO i8, one of the world’s first modified BMW i8s. Now, the company is back with an EVO i8 LR Edition, a highly modified BMW i8 designed for Linky Racing, a Chinese racing company. This new EVO i8 is probably one of the most heavily modified and extravagant BMW i8s on the road.

As if the BMW i8 wasn’t exciting enough as it is, the EVO i8 LR Edition has an entirely new front end, with a front bumper and chin spoiler that stick out quite far. It also has some various extra aero bits added to the front bumper and fenders, giving it a wider, lower and racier stance. There seems to be a bit of a carbon fiber vent, where the front fender flares meet the bumper, but we can’t tell if that’s functional or not. 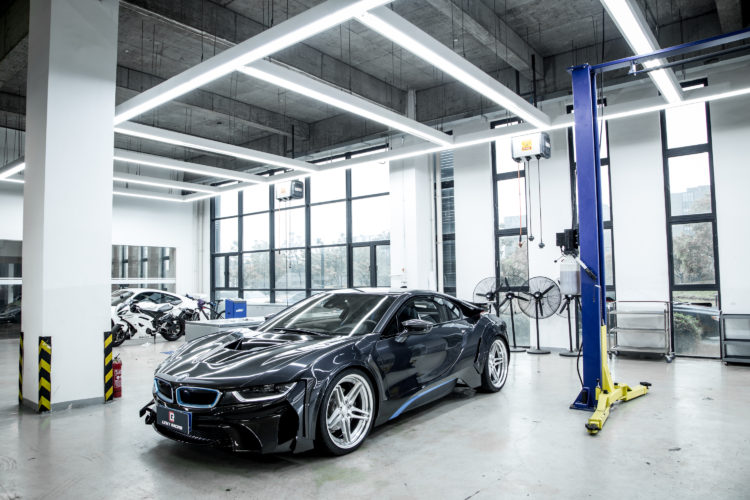 The added side skirts seem to actually work very well with the styling of the BMW i8 and don’t seem out of place. The rear fenders have similar add-ons as the fronts, with what seem to be air ducts but, again, we don’t know if they’re functional.

However, thinks get really funky out back, where an entirely new carbon fiber rear bumper has been fitted, giving the rear end a very low and wide stance. There are also two separate wing spoilers at the back, one over each taillight, that actually look like they fit in with the styling of the car. 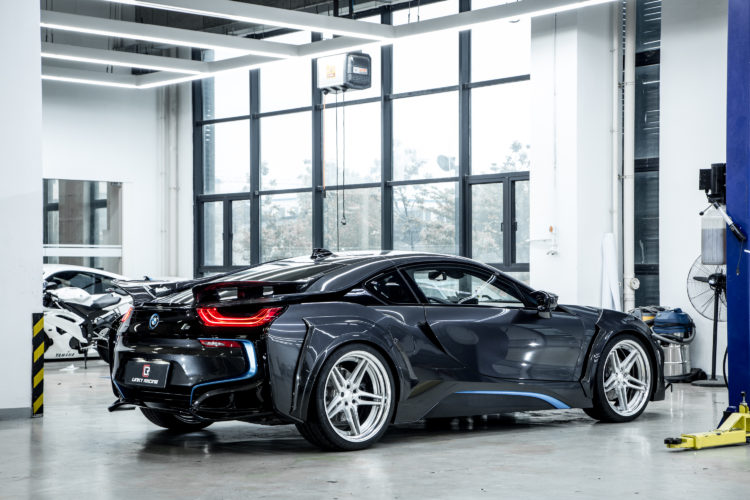 New five twin-spoke aluminum wheels have been fitted as well, which help brighten up the car from all of the black and carbon fiber. It’s also cool how they have given this i8 LR Edition a black paint color with flat blue accents that really matches a standard BMW i8’s color scheme.

EMS has done EVO i8s before, which have all be extensively modified and extremely exciting. However, this new LR Edition is probably the best looking one yet. While it actually isn’t much different, visually, from the previous EVO i8s the company has done, it has more extensive uses of carbon fiber and is black. While that might sound very different, it actually looks much better and could be the most extreme looking modified BMW i8 on the market. 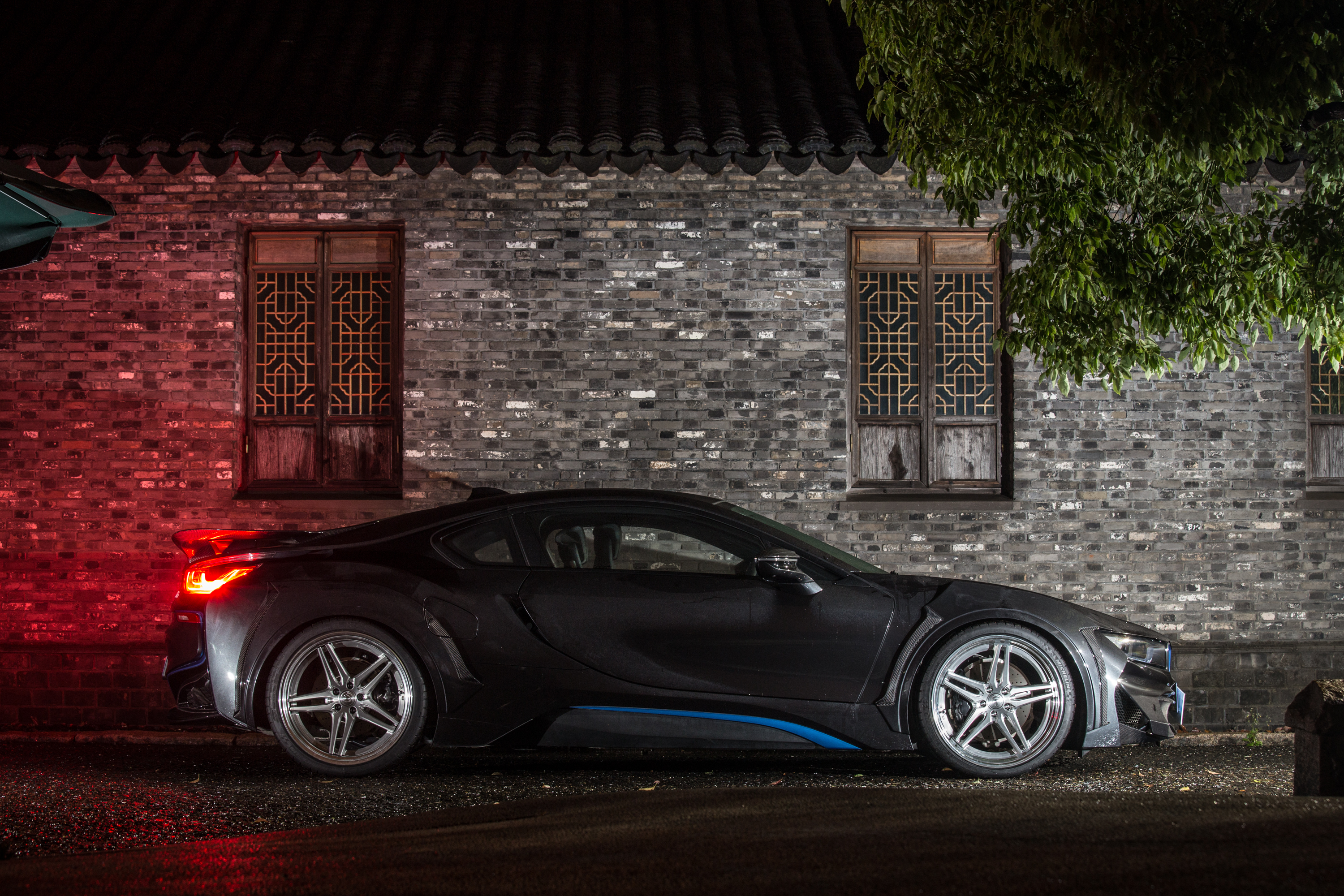 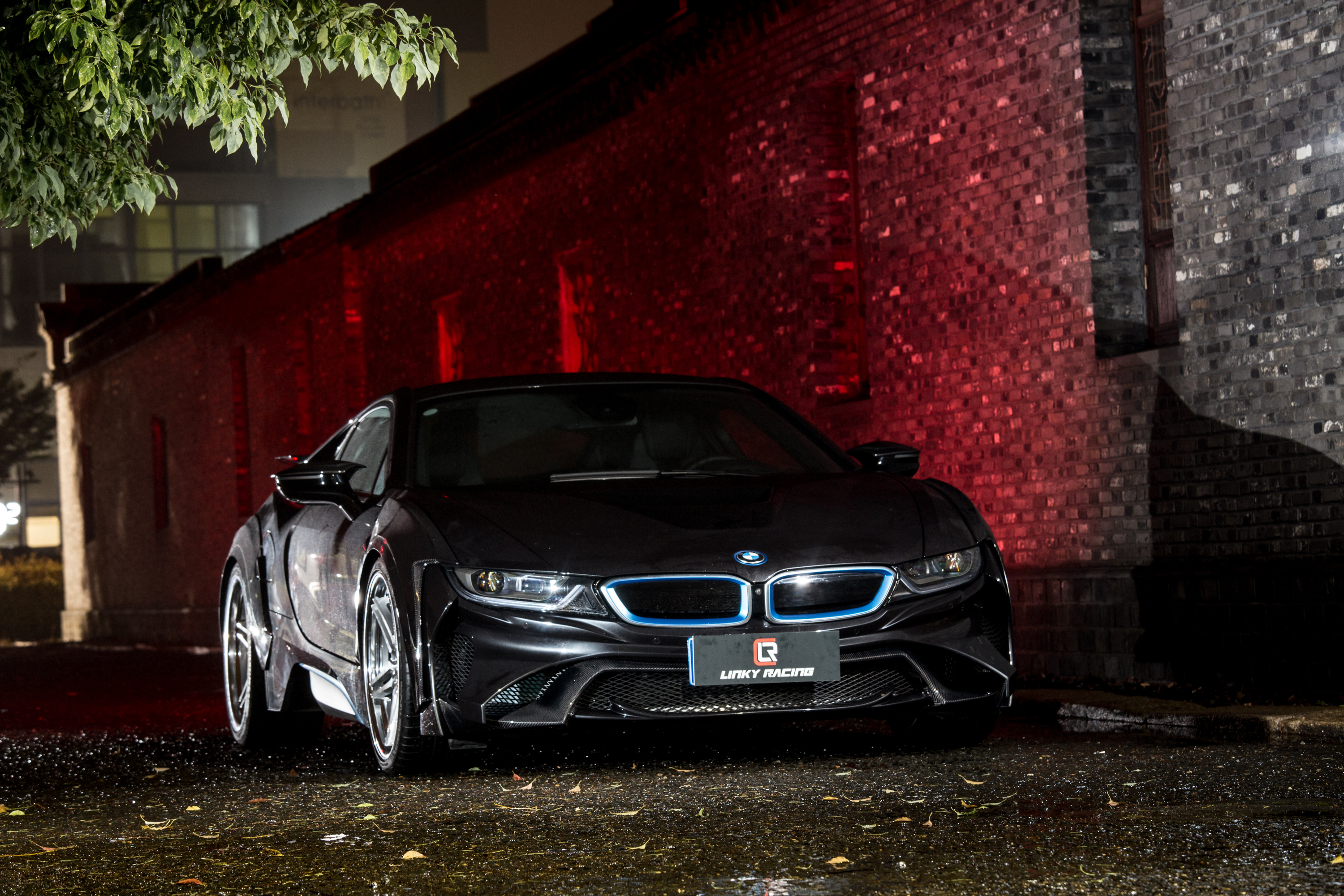 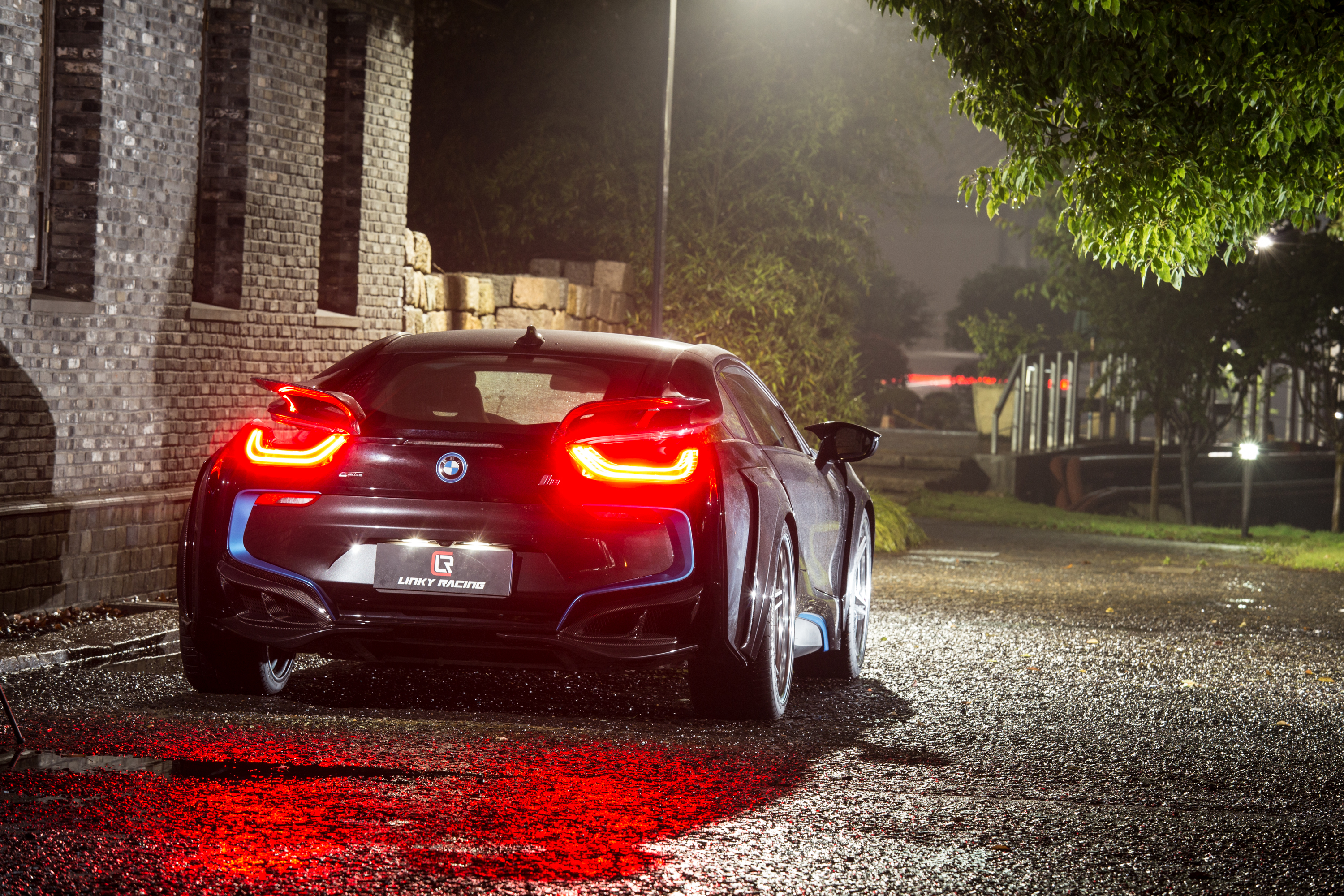 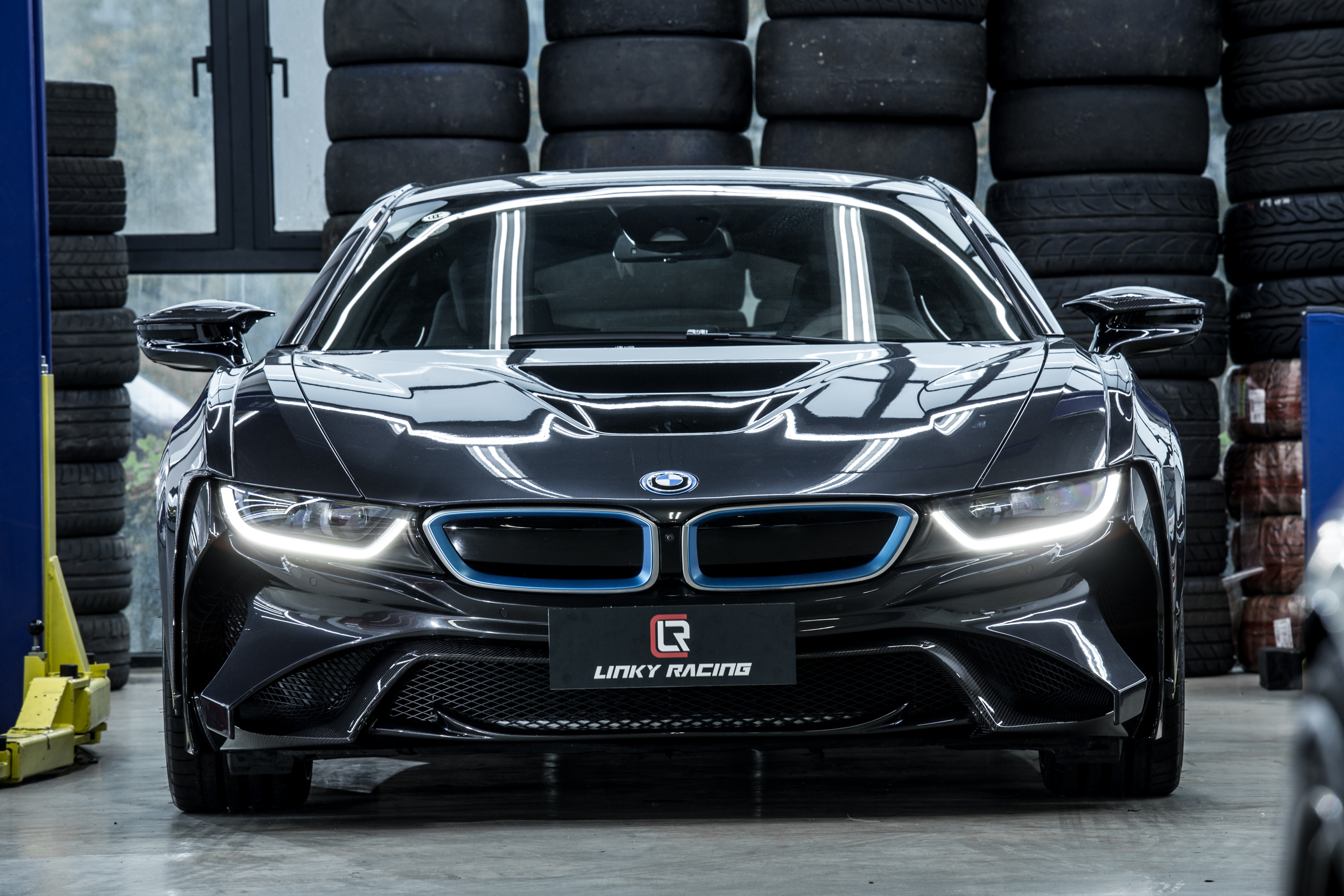 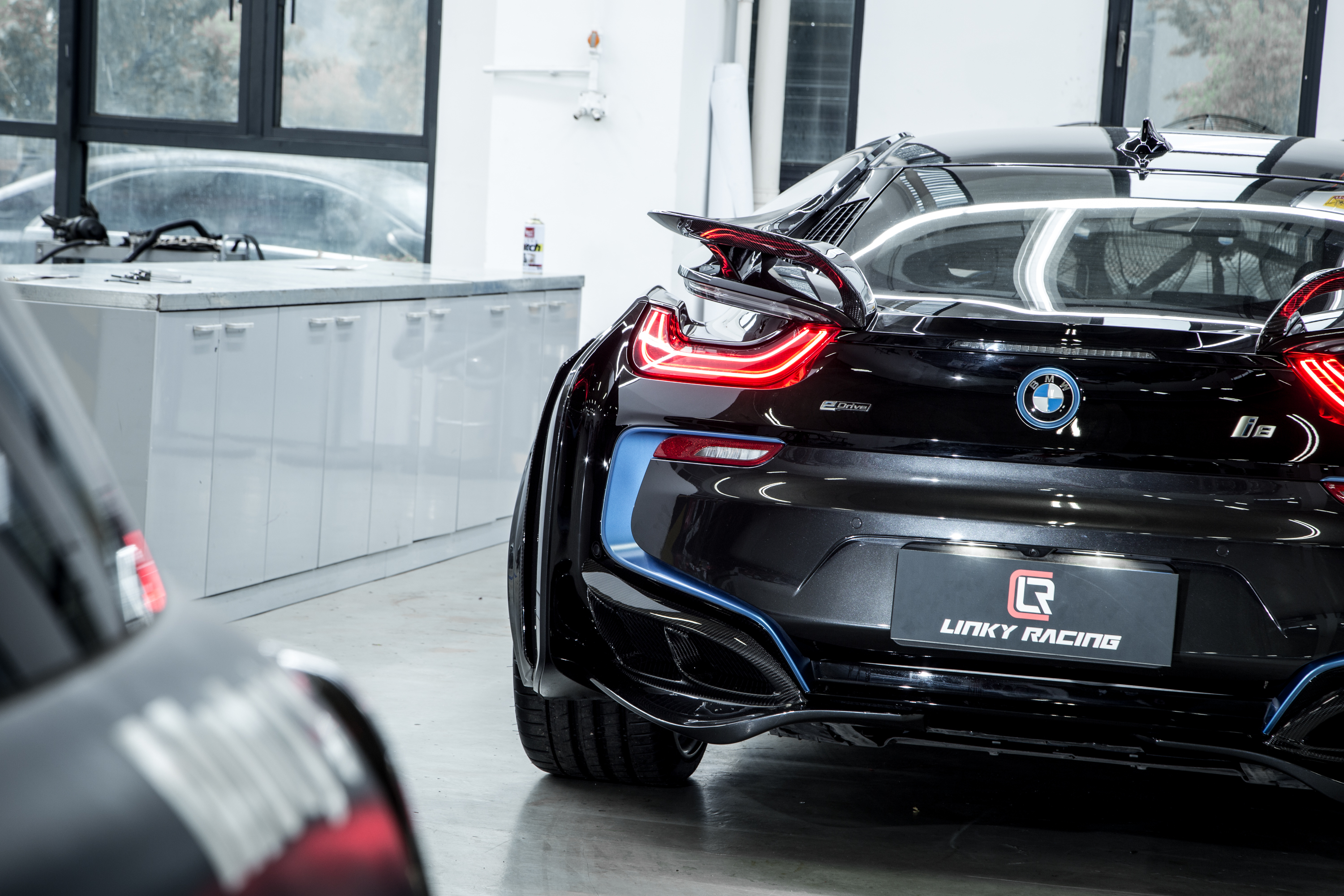 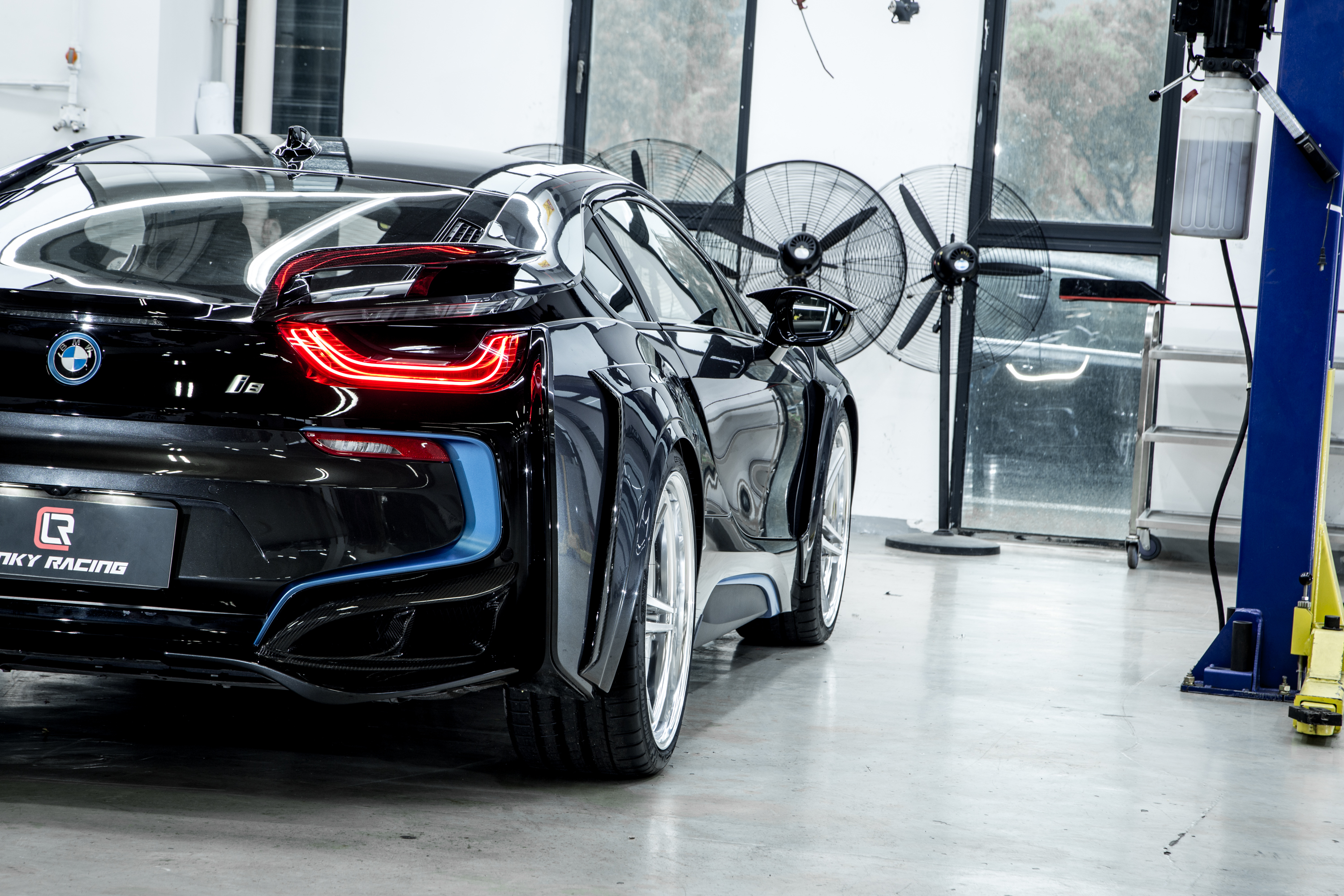 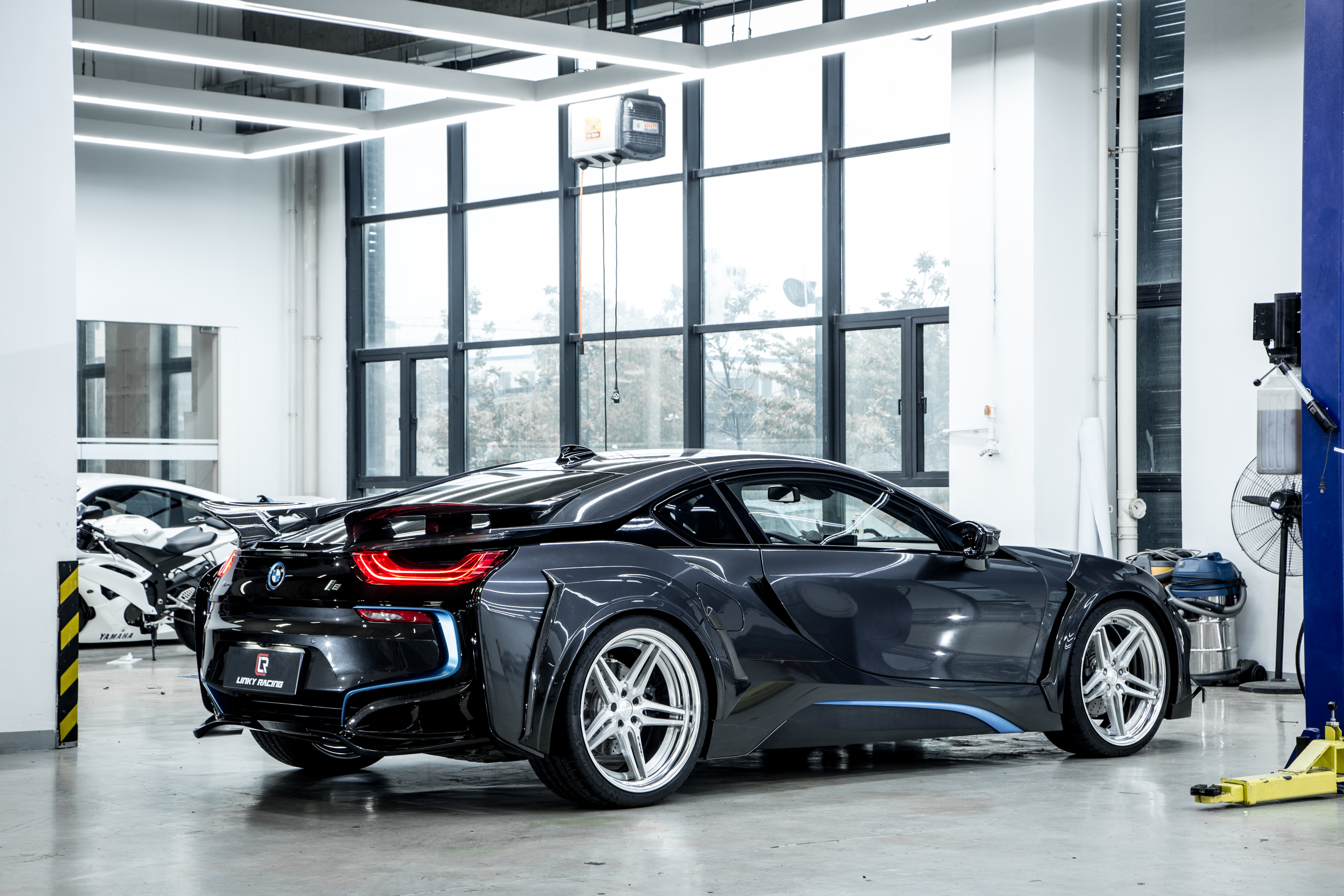 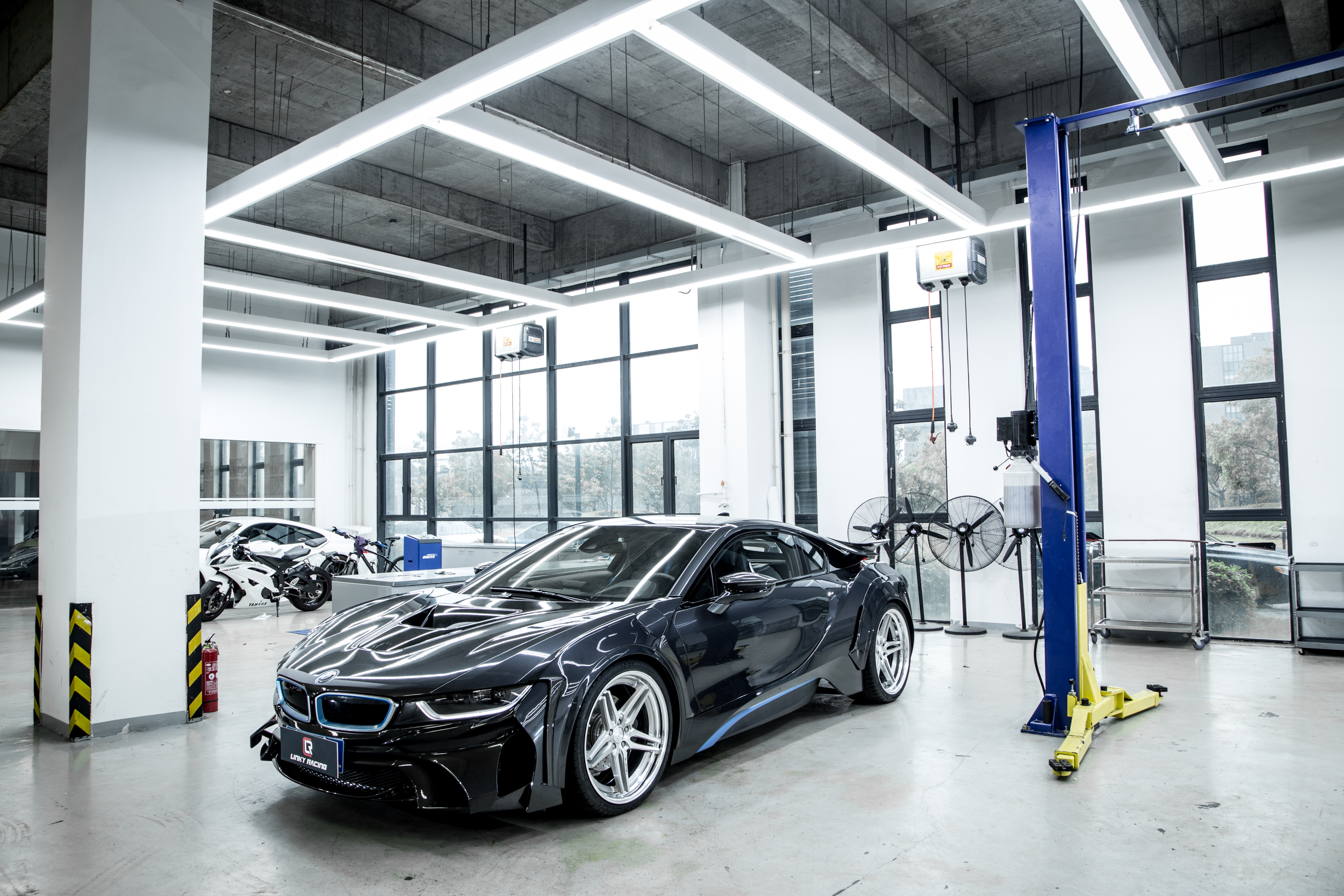 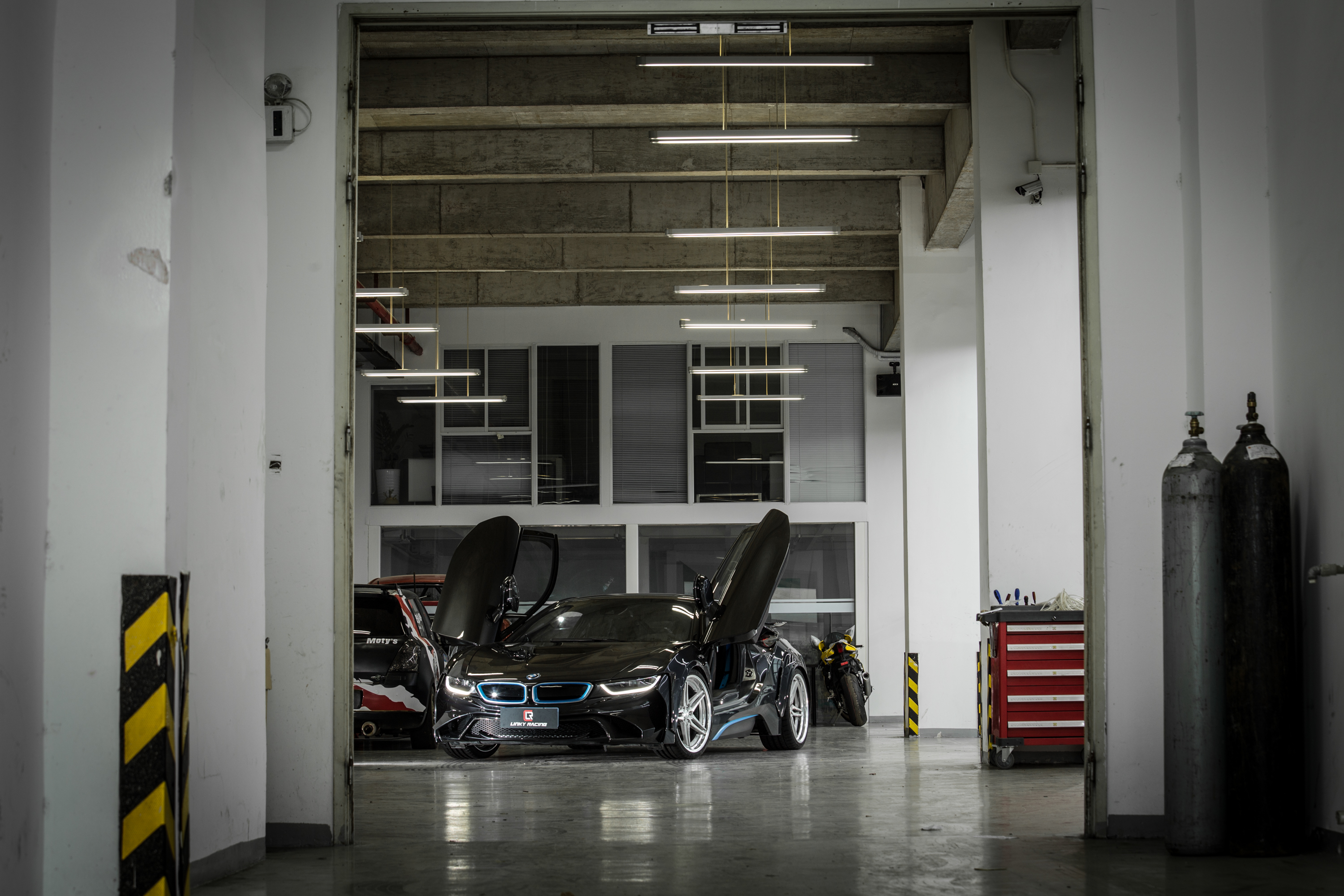 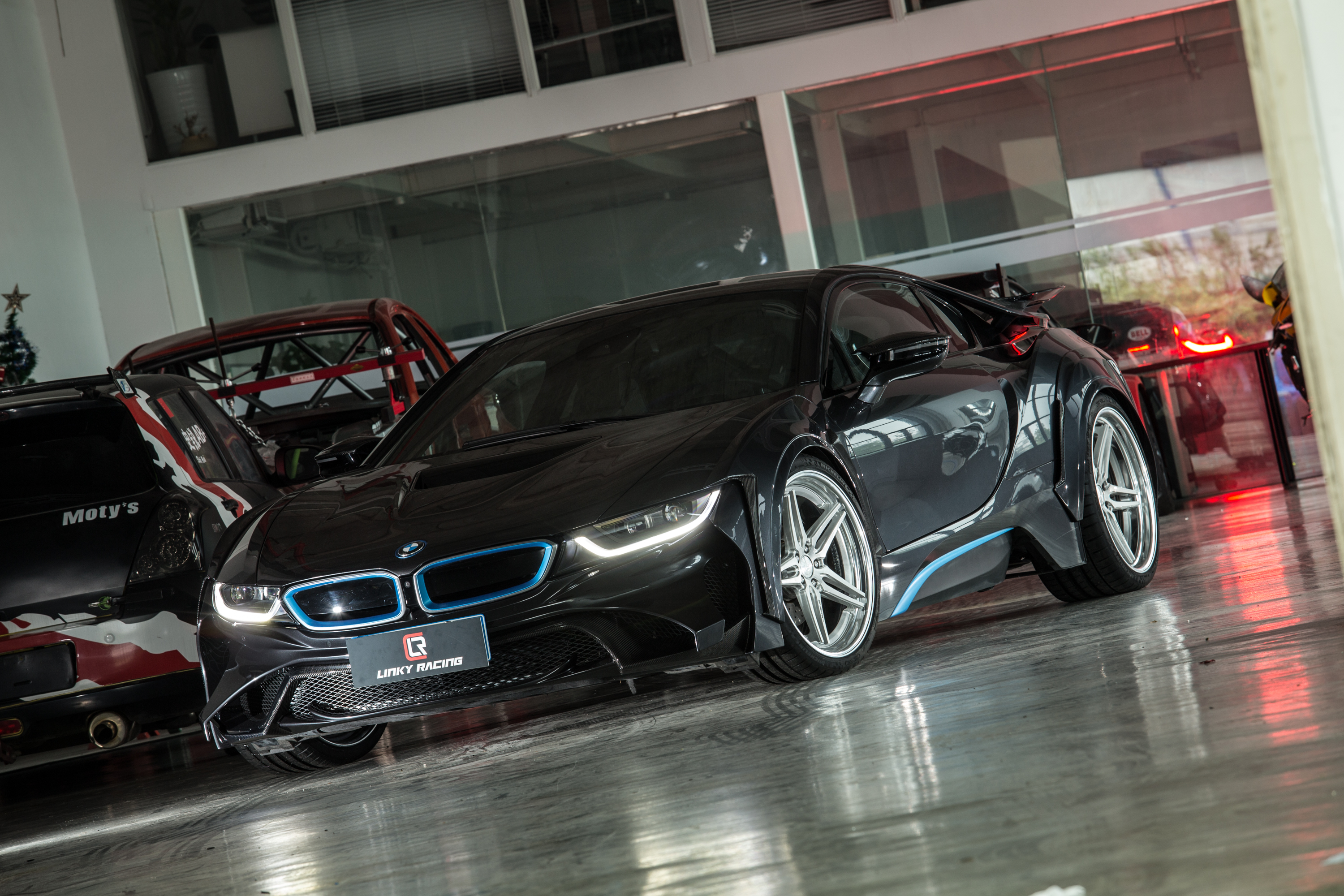 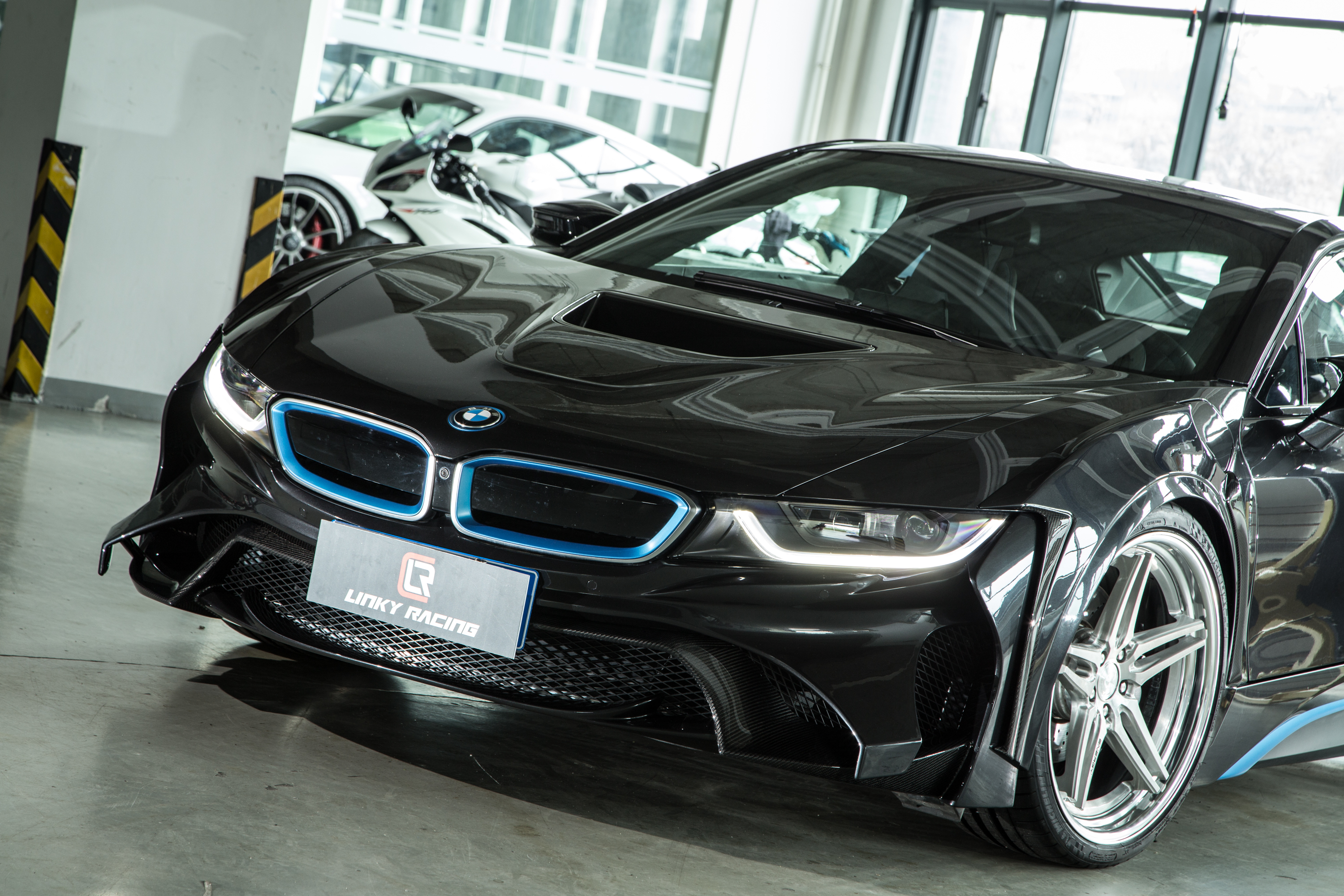