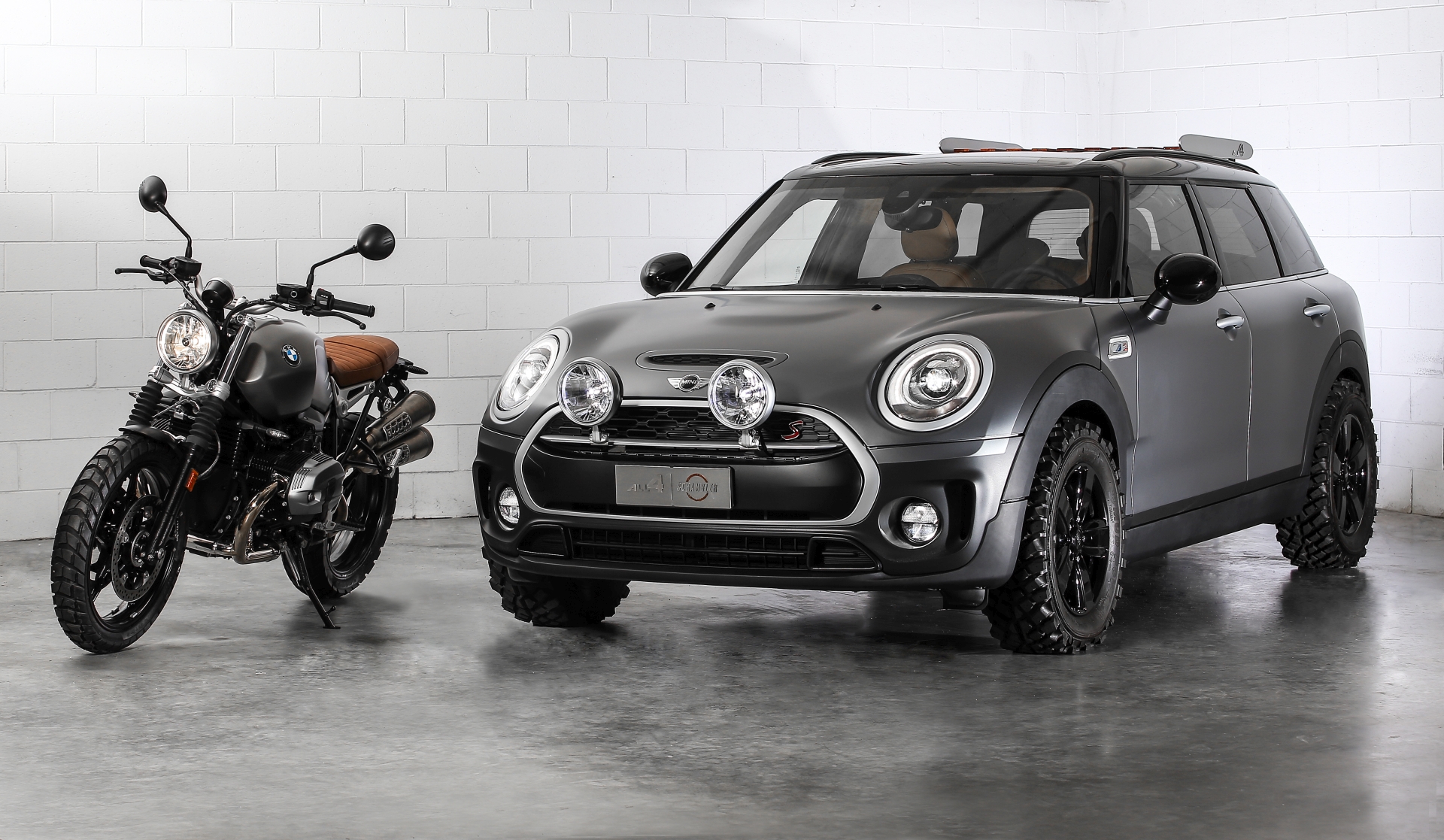 MINI Italy decided to go ahead and beat the Oxford plant by releasing a new concept with the winged badge on the boot. As you may know, the Brits are to unveil a new, visionary concept later this month in the UK to celebrate BMW’s centenary. Before we get to see what they have in store, we get to check out the new MINI Clubman All4 Scrambler Concept coming straight out of Italy.

The car was created taking cues from BMW’s own R nineT Scrambler bike that has been in production for quite some time now. It borrows its Frozen grey paint as well as black detailing and trims. The interior is a combination of Caramel and Black, just as the seat of the Scrambler R nineT does too. 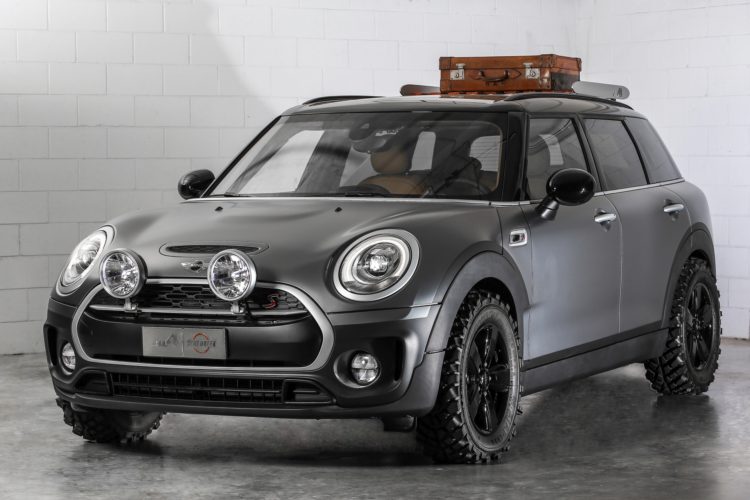 Since Scrambler bikes are meant to be used on all types of surfaces, this being their defining characteristic, the MINI Clubman All4 Scrambler Concept follows into their footsteps. The special MINI was fitted with a jacked-up suspension and off-road tires as well as mud flaps and plastic covers around the wheel arches, to protect it from any sort of debris. It also runs on MINI’s ALL4 system. 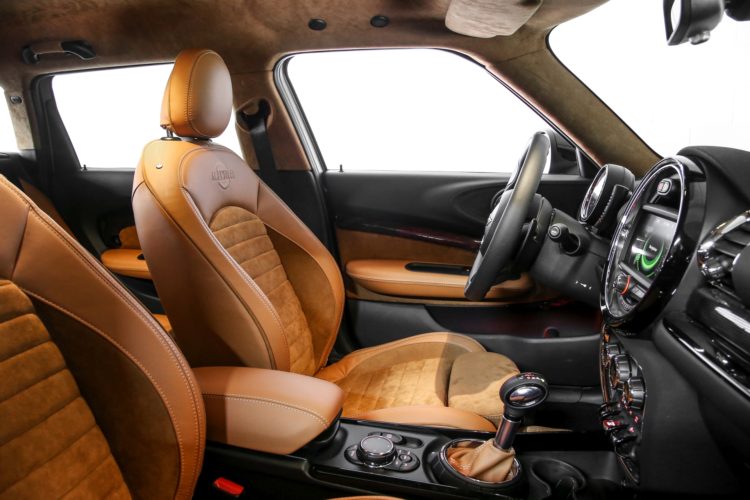 The extra headlights up front as well as the luggage case thrown on the roof complete the package and turn the Clubman into a real showstopper. The car will be exposed at Valentino Park Motor Show where the Italian branch of the BMW Group will be celebrating the company’s centenary and its 50th anniversary in Italy. 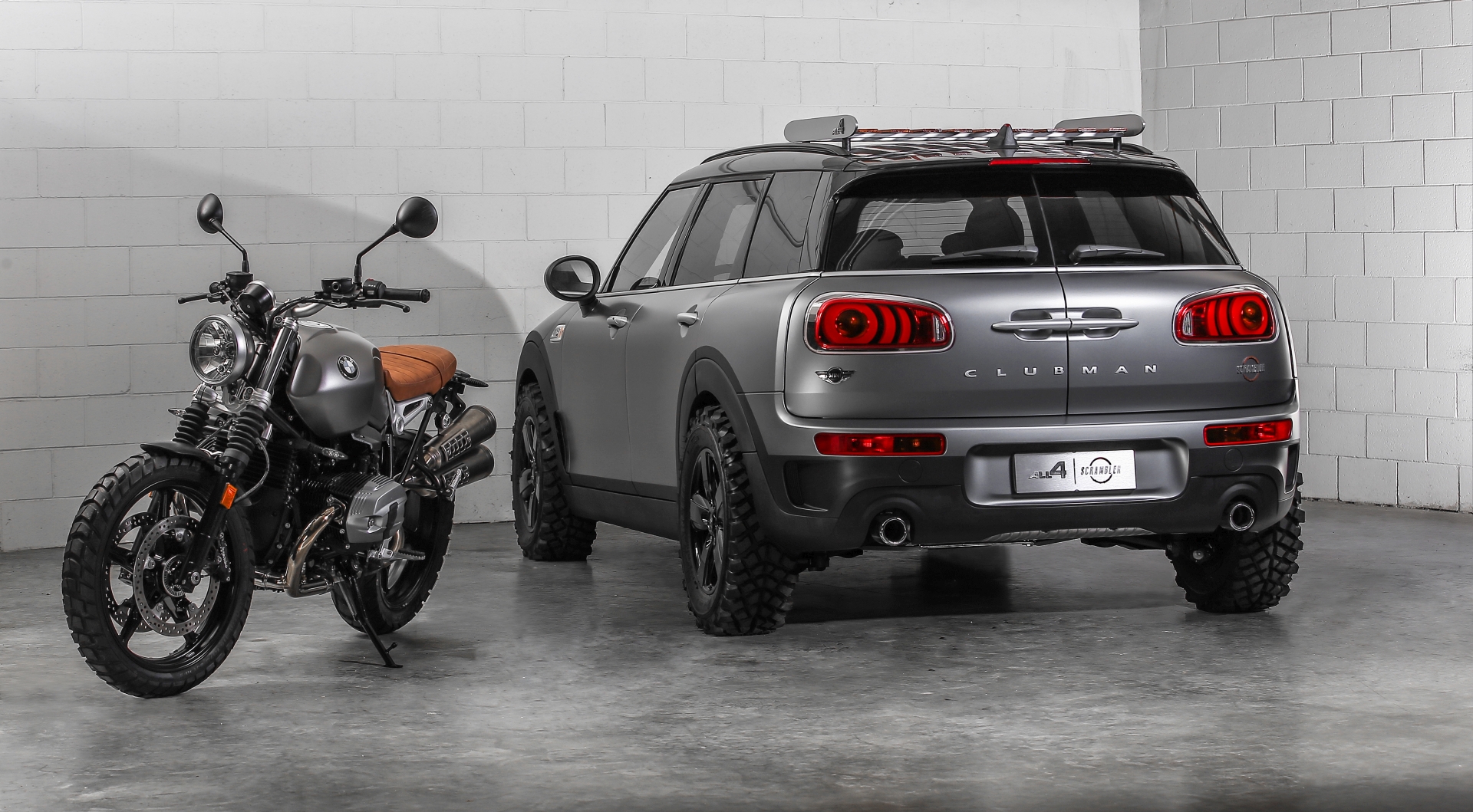 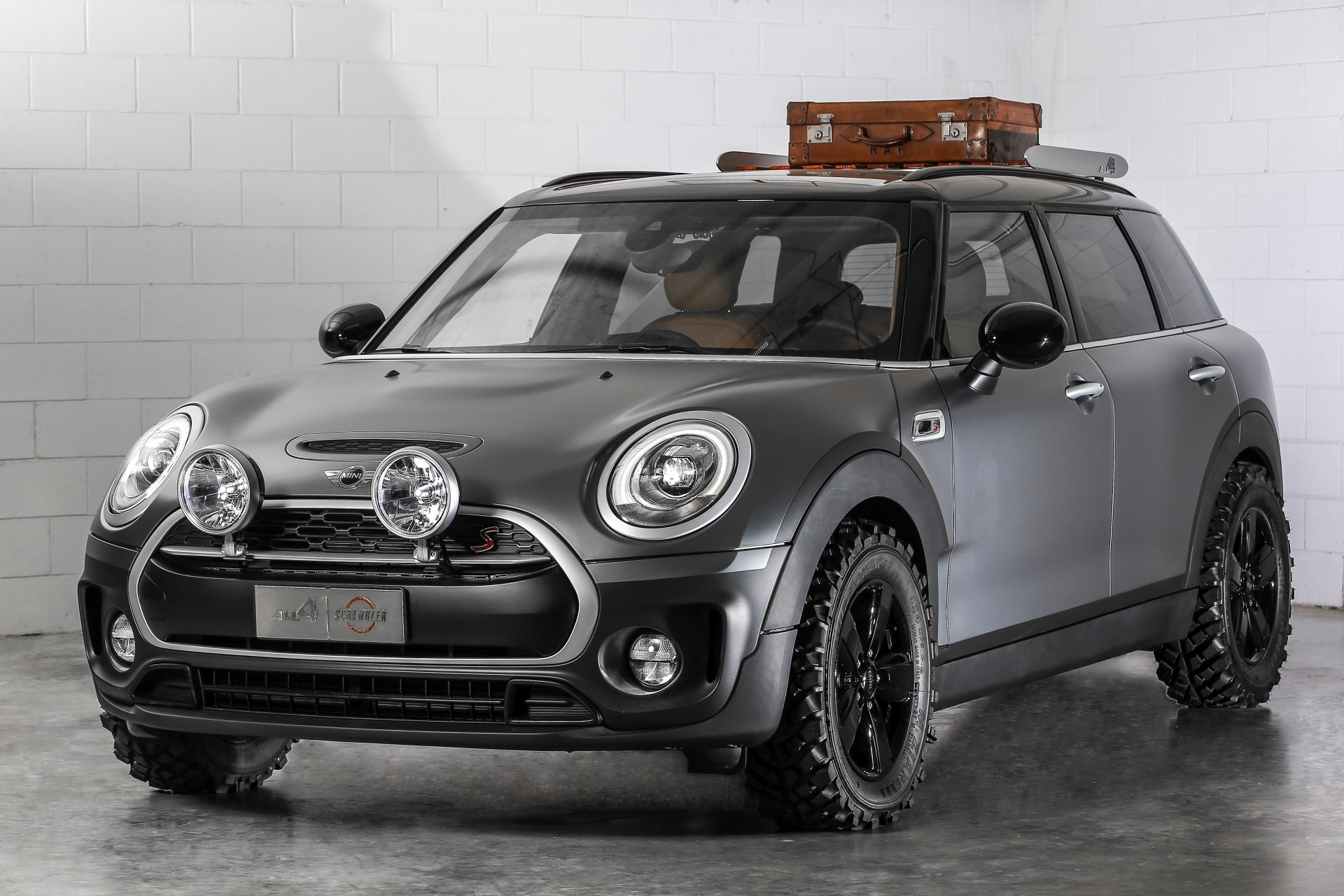 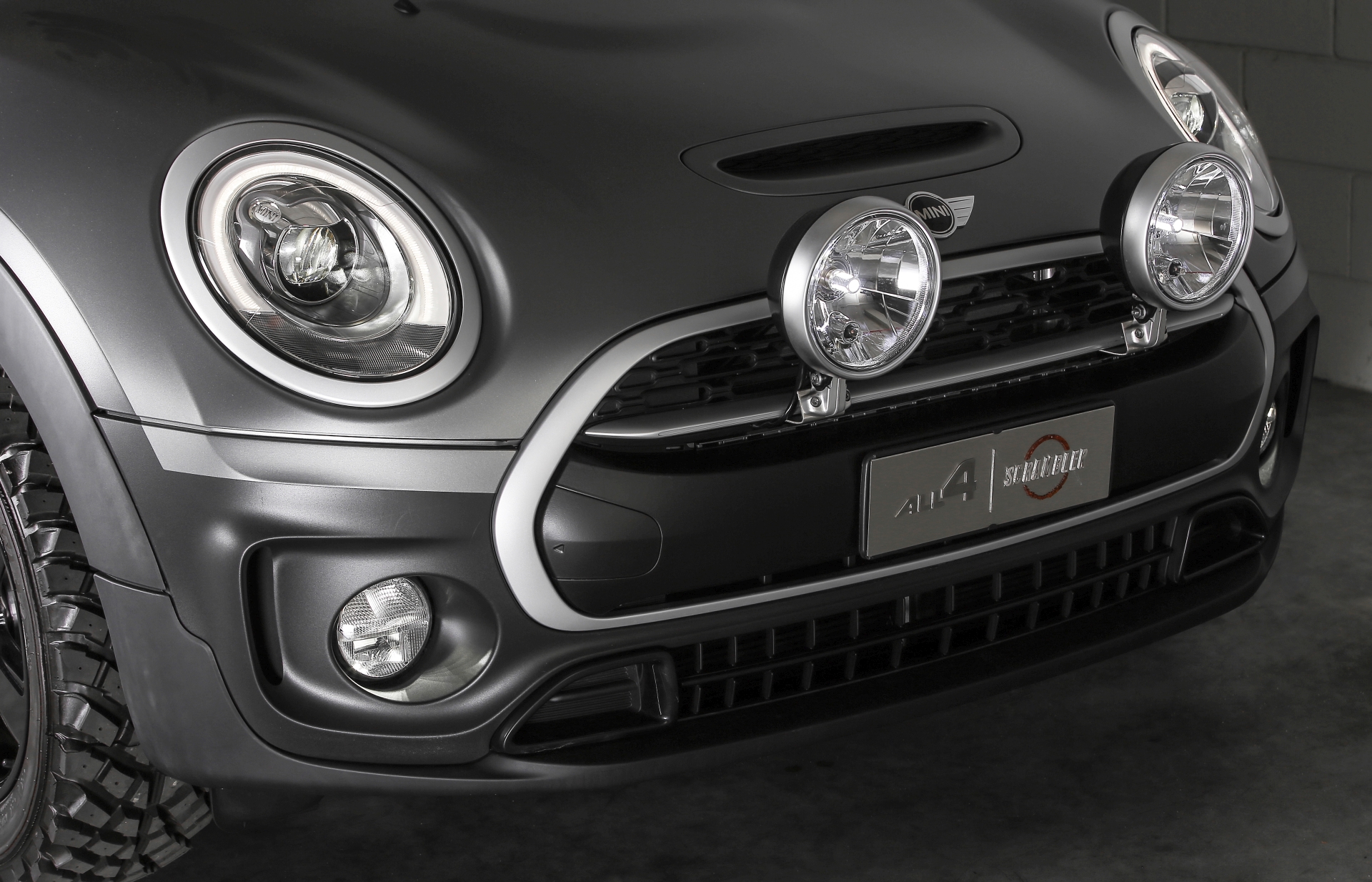 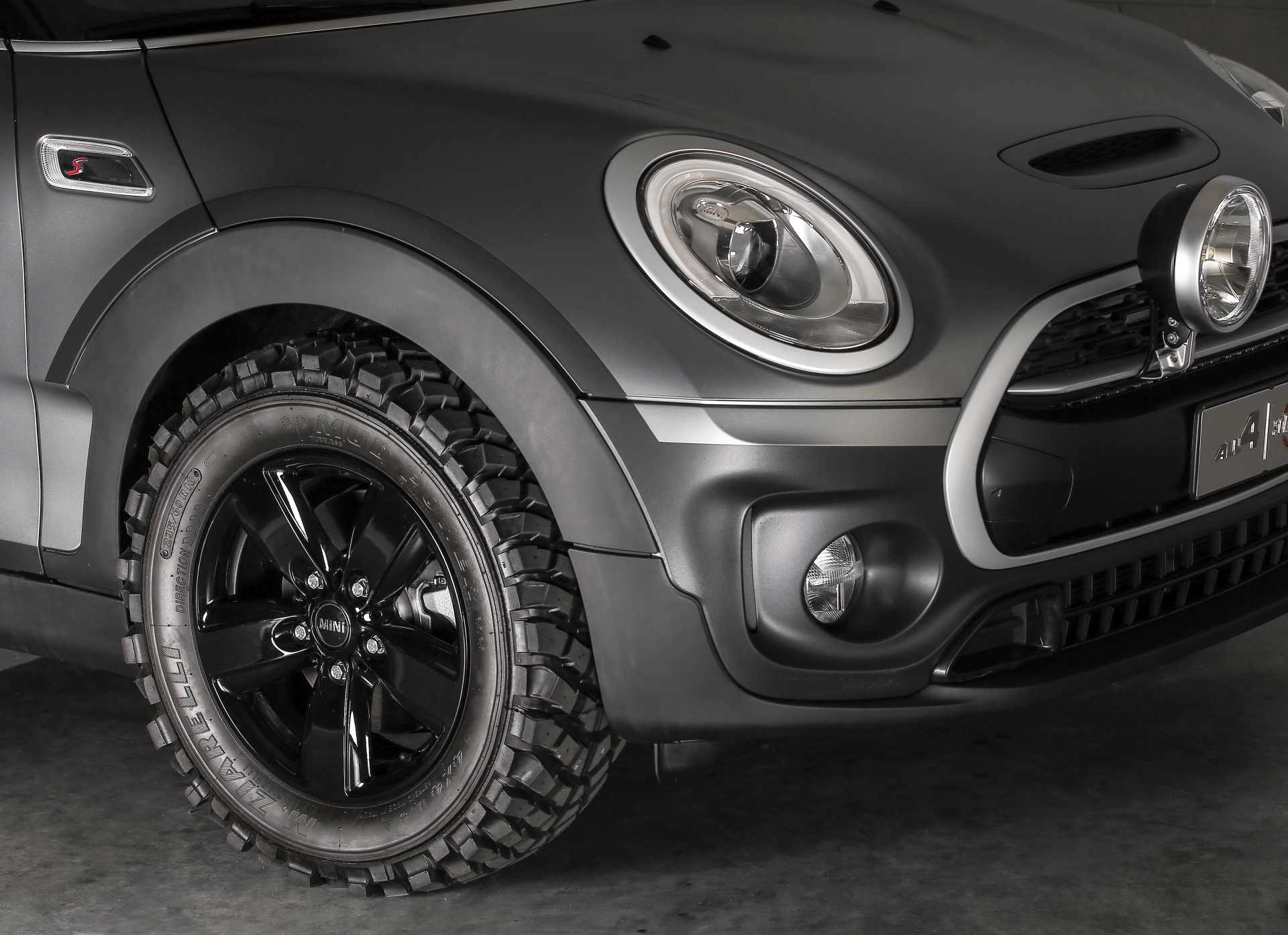 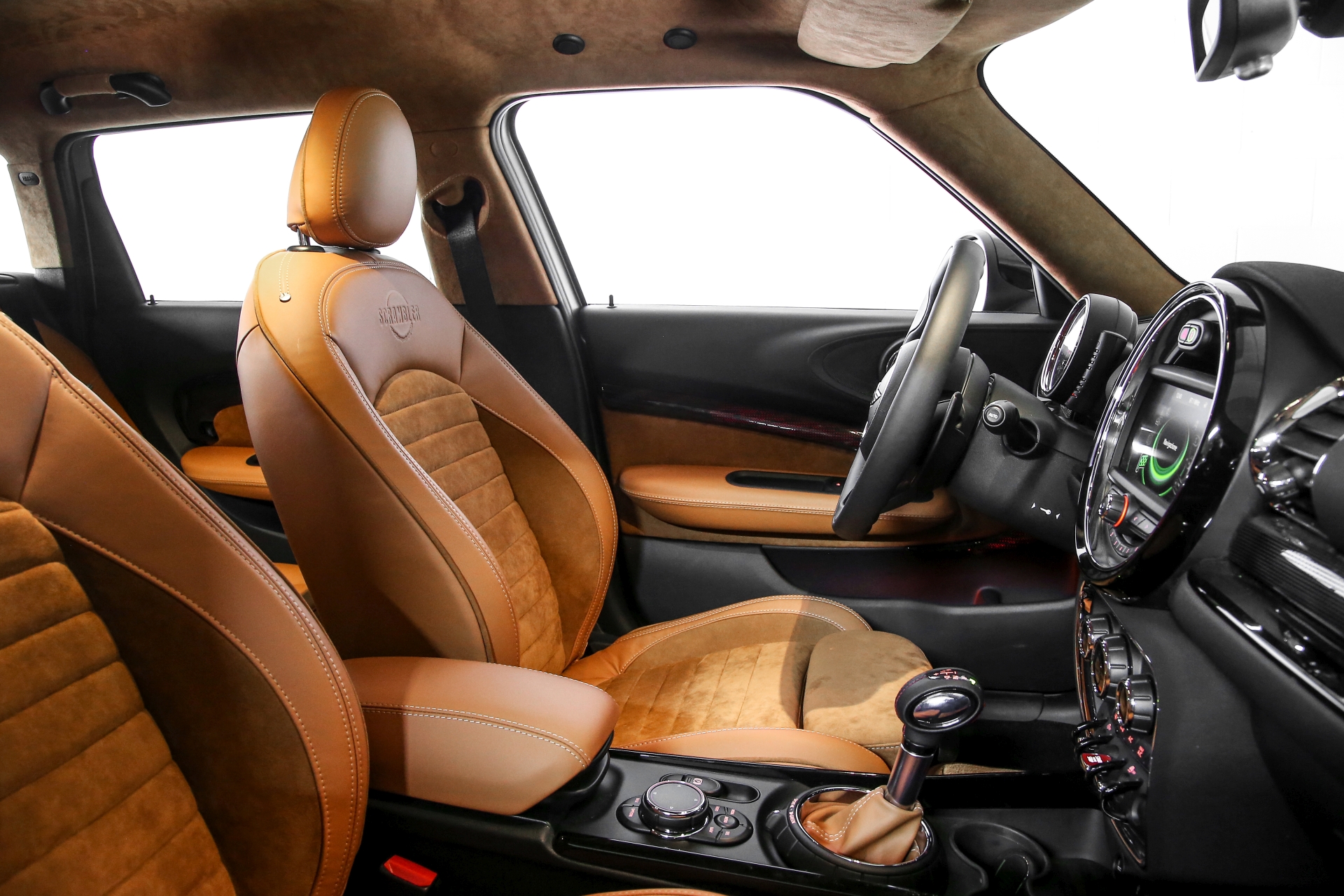 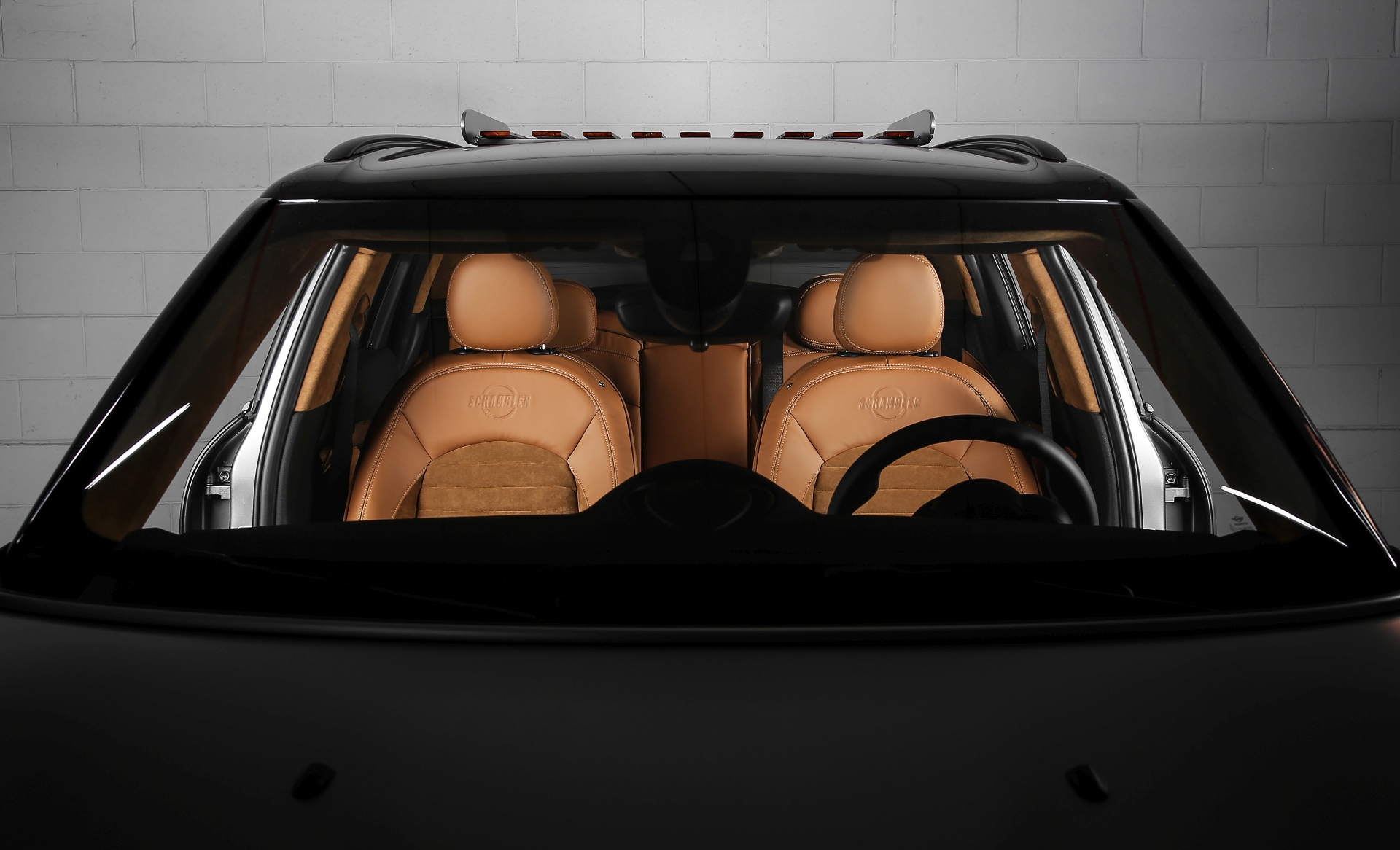 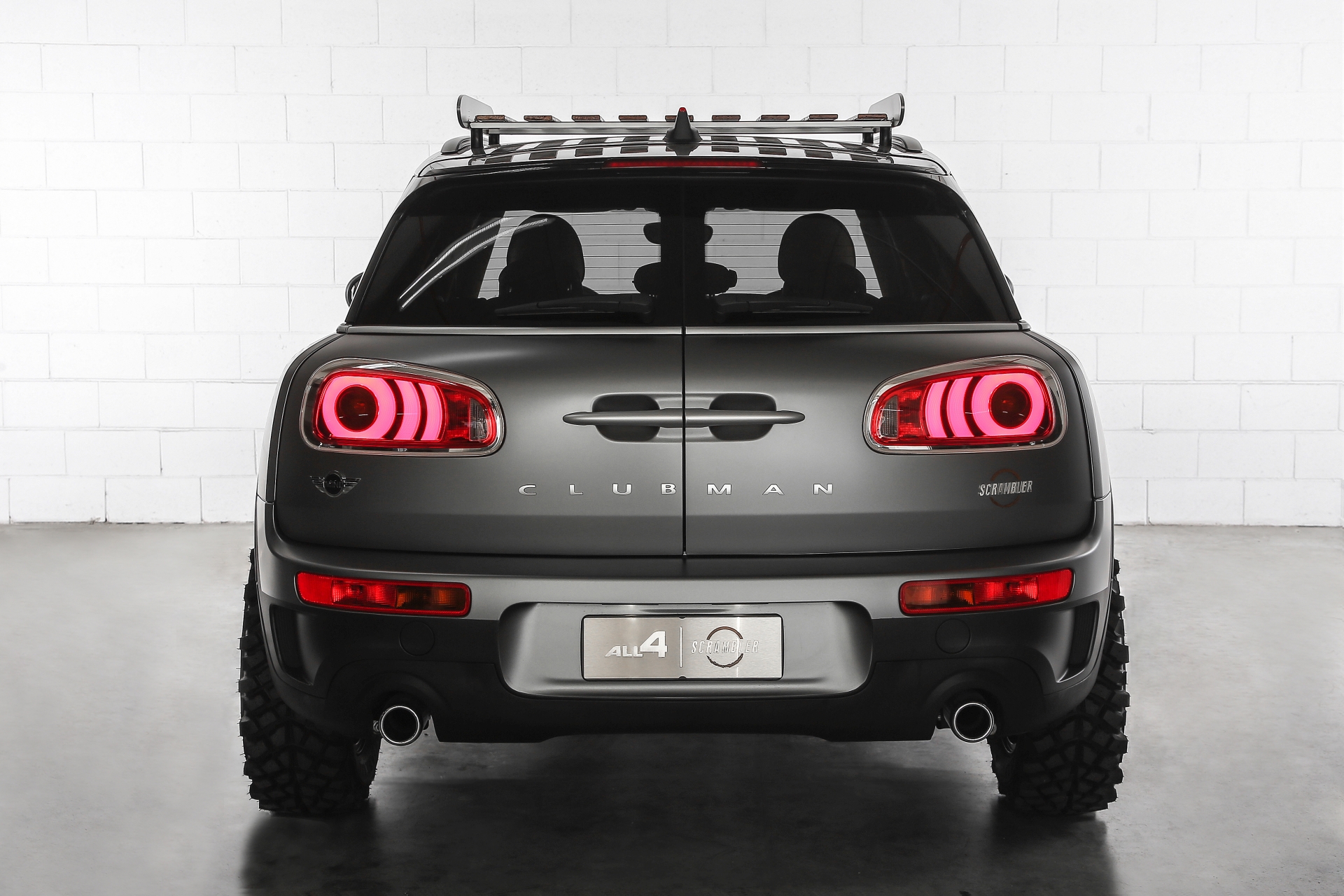 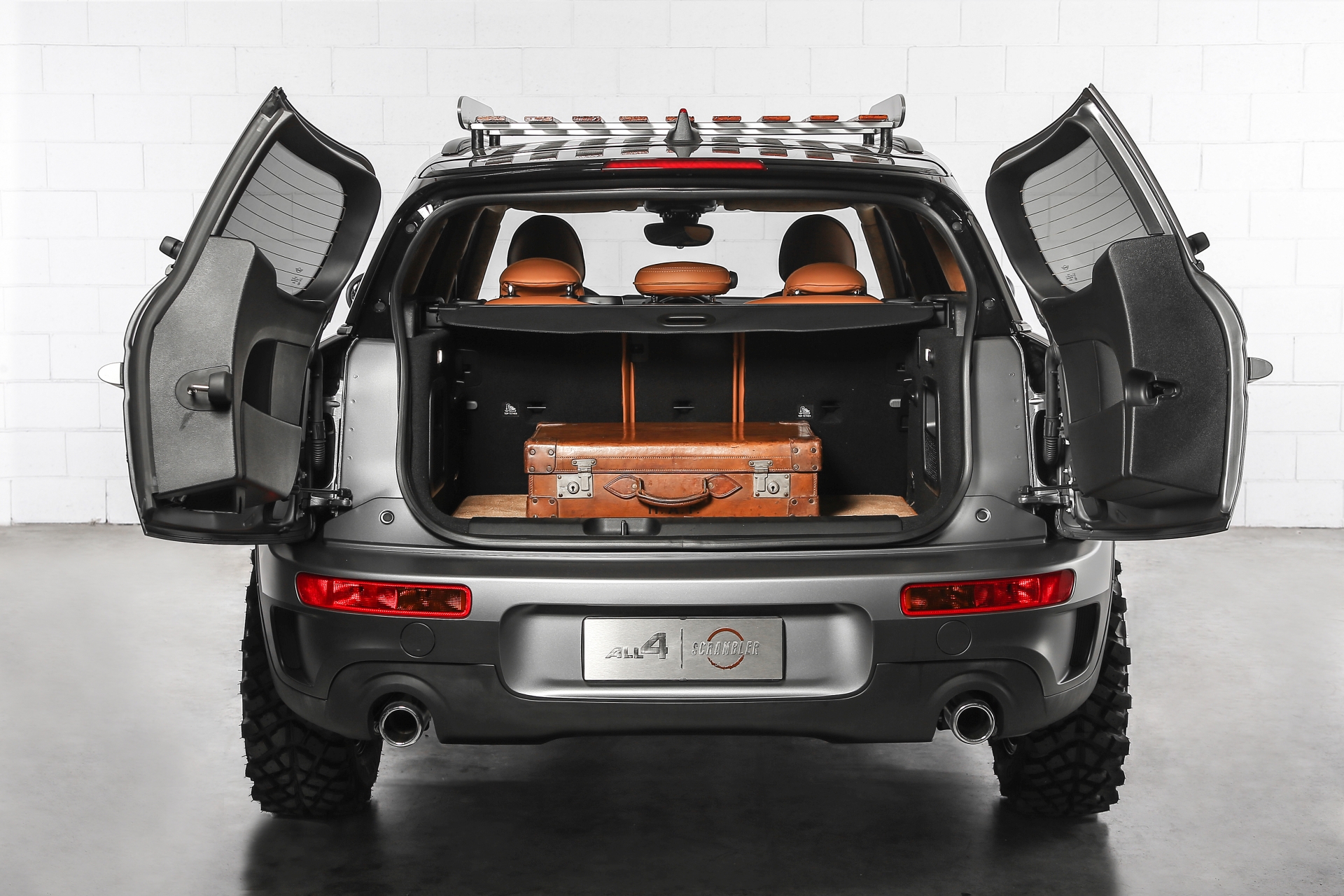 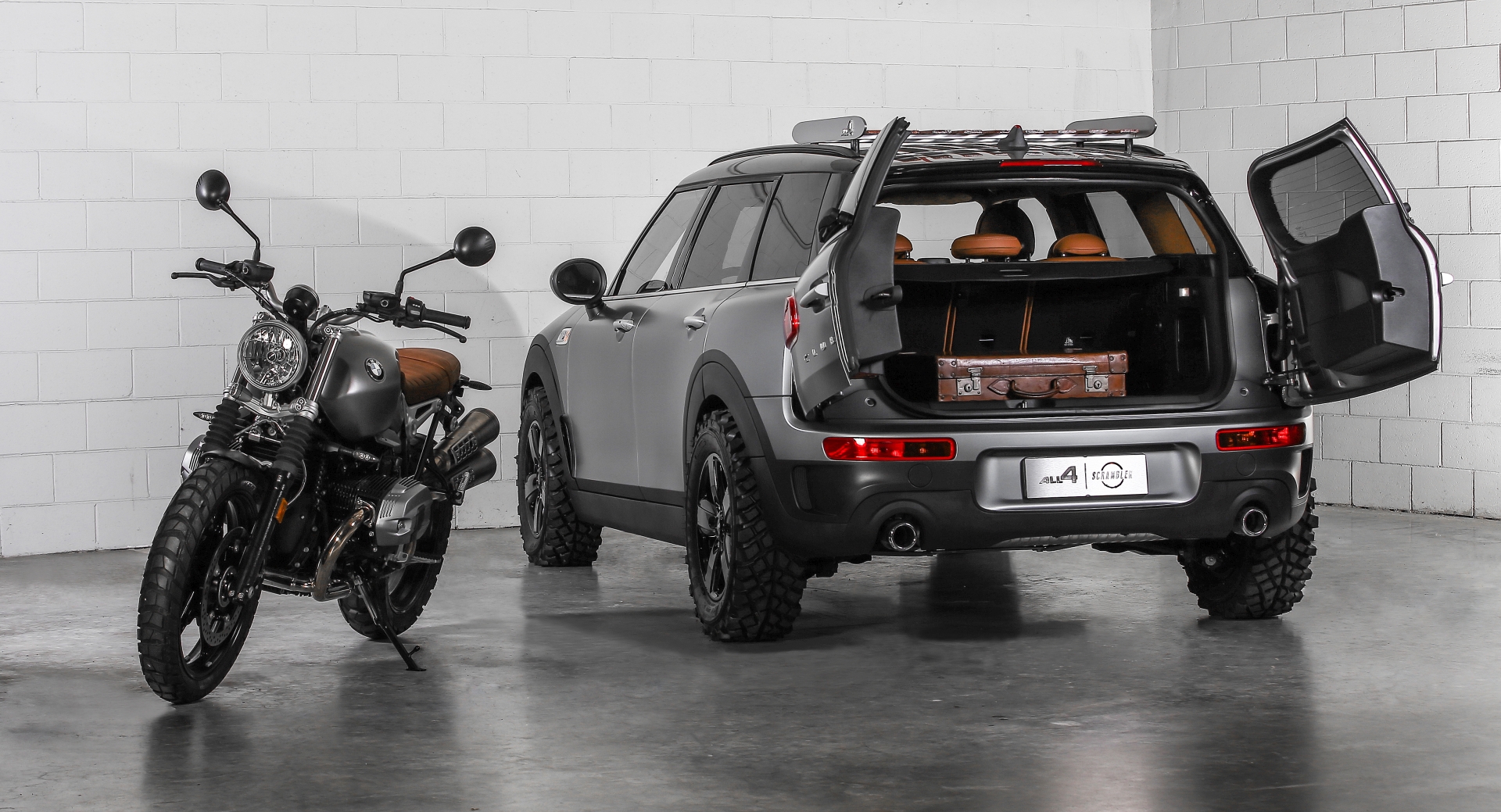 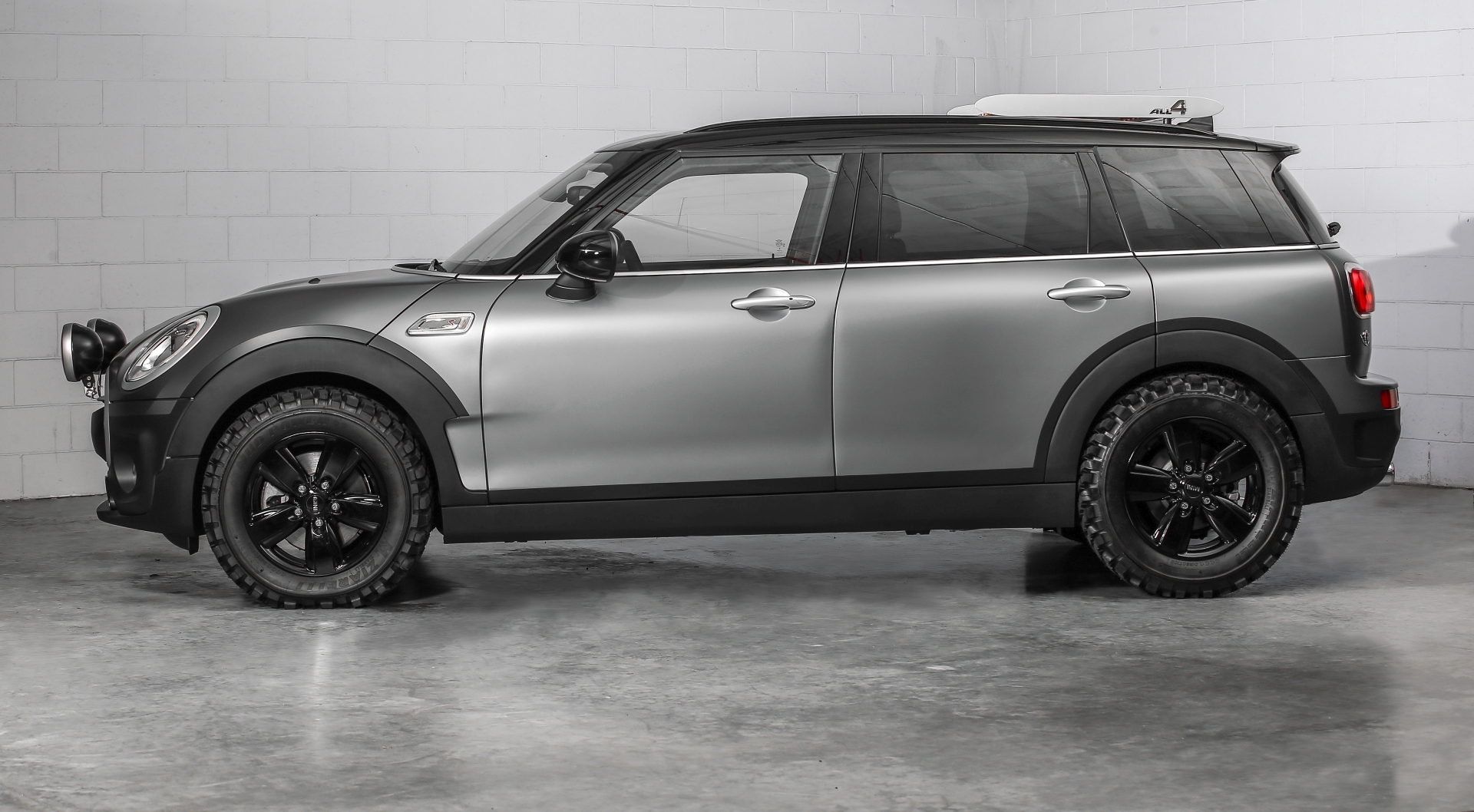 One response to “MINI Italy Unveils the Clubman ALL4 Scrambler Concept”