The F56 MINI Cooper S is already a great little car, as we found during our repeated test drives. The John Cooper Works version definitely takes things to a new level in terms of performance but as far as the sound goes, we weren’t exactly blown away. Maybe it’s because the Cooper S already sounds pretty good or because the JCW is just too tame, we don’t know for sure but it’s pretty clear, there’s room for improvement.

That’s where tuners step in and provide custom exhaust systems. Remus has one for the MINI range and now ArmyTrix entered the arena as well. If you’re at all familiar with the ArmyTrix products, you’re probably lowering your speaker’s volume before pressing play. That’s because they are known for bringing out ridiculously loud creations. 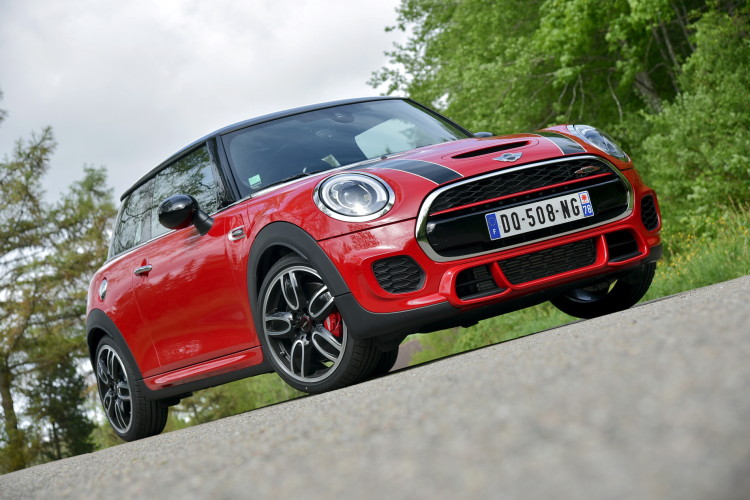 On the Cooper S they followed the same recipe. Their exhaust is a catless choice so the pops and bangs make sense. However, the sound the 2-liter 4-cylinder turbocharged mill makes now is extremely loud and, somehow, has a cadence that reminds us of a machine gun more than anything else. If that’s something the driver may be able to live with, the people all around him or her might have a different opinion, heart attacks becoming a possibility.

All jokes aside, this thing is brutal and so far we are hard at work trying to remember the last time we saw a Cooper S this loud on the street or even on video. While it may not be for everyone, we’re asking you to chip in and tell us if this would appeal to you or not. Isn’t it a bit too much?