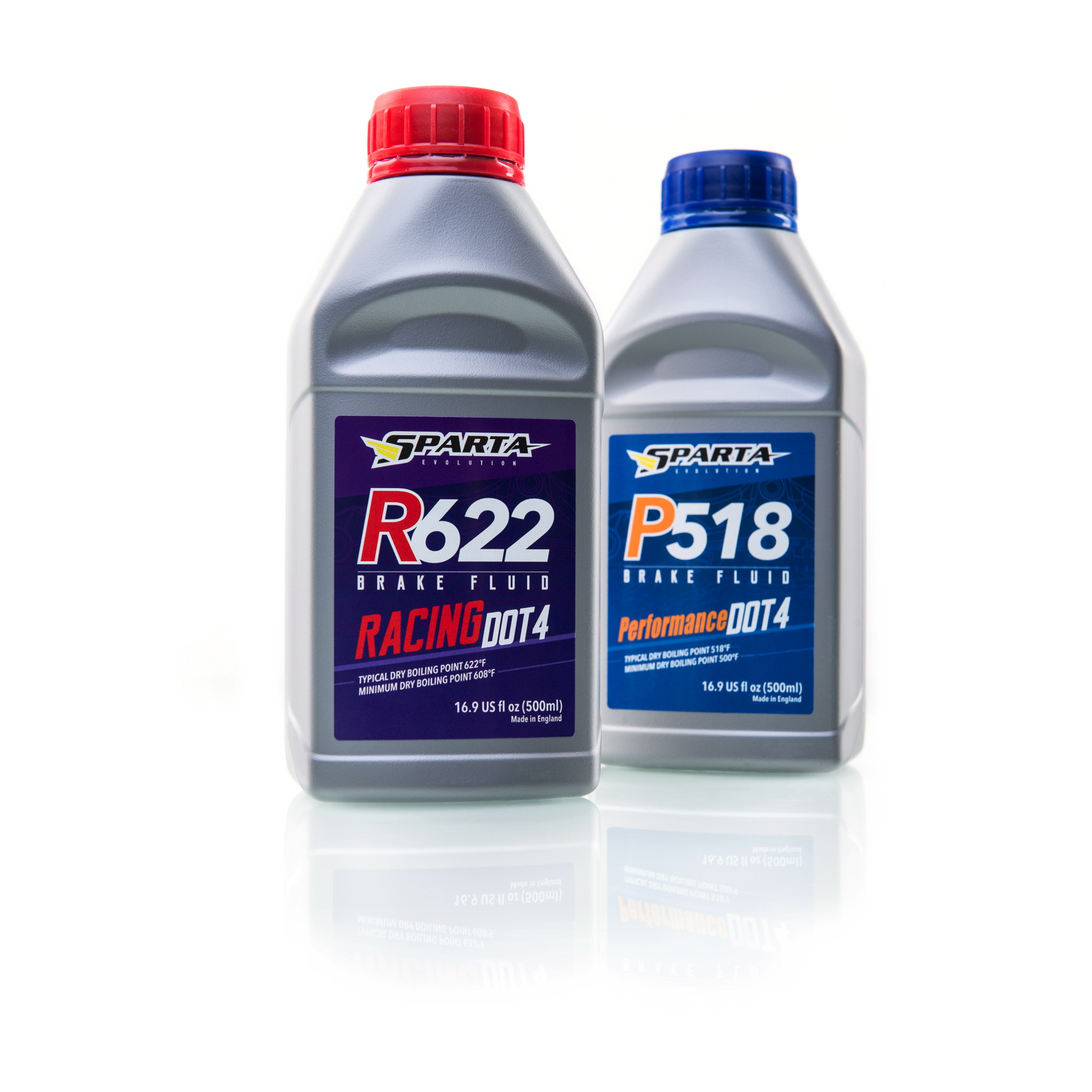 Sparta Evolution introduces two products into a new category of our lineup, the P518 and the R622 DOT4 brake fluids. The Sparta Evolution brake fluid is an excellent addition to the factory brake system and to their Triton and Saturn brake kits.

Sometimes overlooked, the brake fluid is one of the most important elements of a vehicle’s braking system. It’s the blood that runs through a brake system, translating the inputs of the brake pedal to the movement of the pistons. It also acts as a lubricant, keeping the pistons freely-moving. In addition, it is vital to change brake fluid regularly as the fluid deteriorates over time by absorbing moisture. Moisture that is caught in the brake fluid effectively reduces the boiling point and increases the probability of vapor-lock occurring. Without proper brake fluid, the brake system simply cannot function. 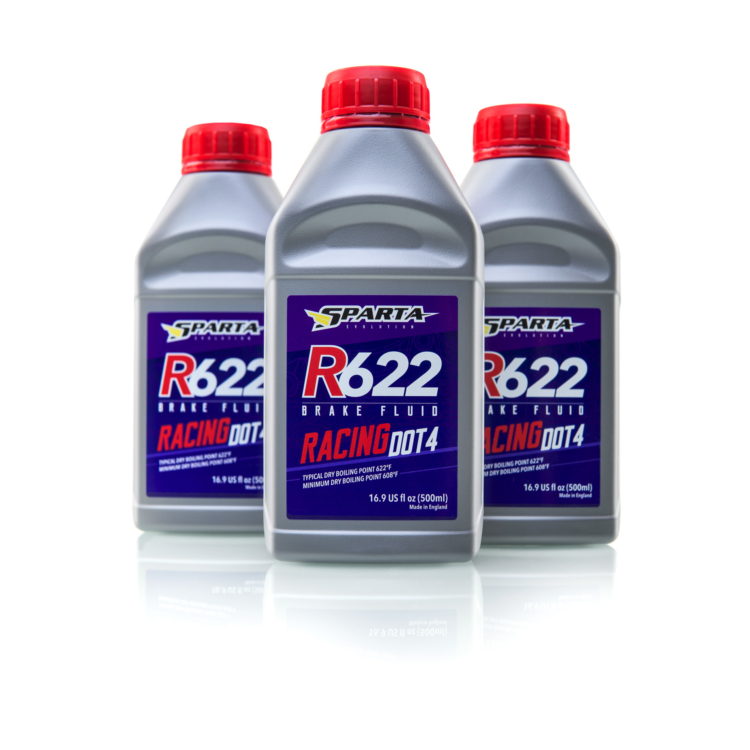 The  P518 Performance Brake Fluid is their entry fluid, featuring a dry boiling point of 518F. The P518 is perfectly suited for all types of driving, from daily commute to a casual day on the track. 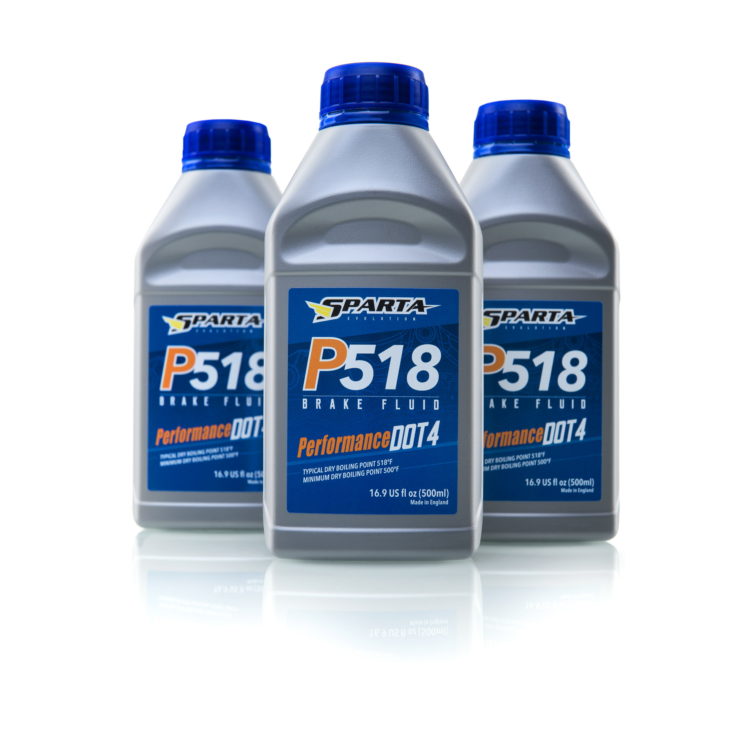