Video: How to Pop Open the BMW i8 Hood

Home » Video: How to Pop Open the BMW i8 Hood

The BMW i8 is a revolutionary car proving that you can get Porsche 911 levels of speed while being fairly green. However, this revolutionary character of the car also had to be reflected on the outside and its design is certainly one of the best in recent years, not only in BMW’s camp but in the industry as a whole.

That being said, the non conventional powertrain also has its drawbacks such as lacking proper luggage space in the back, for example. Furthermore, under the hood you won’t find any cylinders but only a gaping hole and a vent. So  why would anyone want to “pop the hood”? 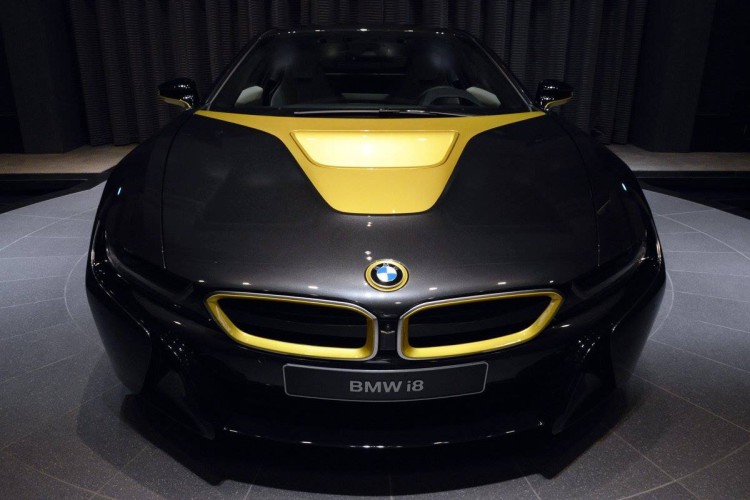 If you’re a BMW owner you probably wondered what lies under the hood, so we stumbled upon the video below that shows you a couple of nifty tricks for the i8.

First of all, the mechanical trigger for the doors lies on the top of the door panels, allowing you to open the car in case it runs out of battery. However, the graphics on those buttons are pretty much self-explanatory so there’s no surprise here. Opening the hood will require you to pull on two latches, hidden beneath plastic covers on both A-pillars, right behind the piston that raises the doors. Pulling both of them will unlatch the hood.

However, in order to get to see what lies beneath it, you’ll need the help of a friend as the hood doesn’t open in a conventional way. You’ll both need to grab it by the front and the rear-end and pull it upwards first and then tilt it. There’s no mechanical hood prop to keep it up though so you’ll have to insert two screwdrivers in the pinholes located on the hood’s hinges in order to make it stay up. Quite interesting.