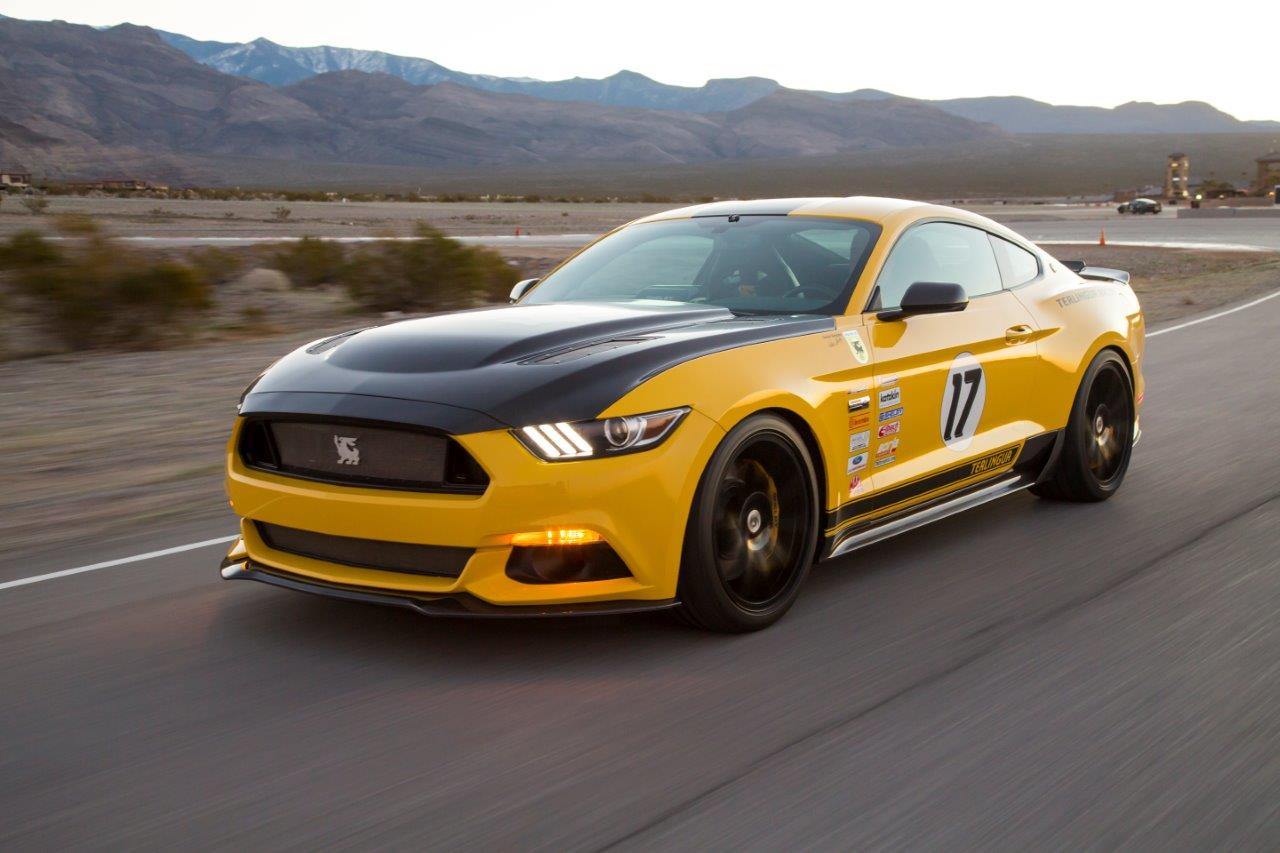 Typically, cars like the Shelby GT350 don’t usually cross paths with BMW buyers. Shelby and BMW tend to occupy two different parts of the automotive world, rarely stepping on each other’s toes or competing in any way. This was typically due to the fact that Fords and Shelbys weren’t always up to par, in terms of quality or overall performance, with what BMW had to offer. But the gap between the two companies has been getting shorter with each passing year, as Ford and Shelby continue to impress with their speed, performance and quality. It used to be that a Shelby Mustang would always have the straight line speed to take on anything in the business, but fell apart when corners approached or when long-term daily driving was required. However, the brand-new Shelby GT350 has set out to erase preconceived notions that a Mustang can’t hang with the best of Europe.

I recently had the chance to drive a Shelby GT350 in Las Vegas, and even got some track time as a passenger in one to see what it was really capable of with a proper driver behind the wheel and not the ham-fisted idiot writing this. After getting that passenger track time and having driven the GT350 on some gorgeous Nevada roads, I can honestly say that I’m more than impressed.

Turn after turn, lap after lap, I continued to be impressed with the GT350’s performance, poise and control.

My first seat time in the car came by way of being a passenger with a Shelby driver behind the wheel at the stunning Spring Mountain Motor Resort & Country Club. In fairness, Shelby’s driver could probably drive a Pinto around a track at speeds that would turn an average person’s knuckles white, but it was still a great show of what the GT350 was capable of. Sitting at the starting line, he asks if I’m ready and, after an anxious nod, pins the throttle, which in turn pins my helmet to the headrest.

The 5.2 liter flat-plane-crank delivers a wailing shriek as it approaches its 8,000 rpm redline and has enough power to flat-out embarrass nearly anything that comes its way. Approaching the first corner, he dives on the brakes late and I can feel my face start to distance itself from the bone. The brakes are incredibly impressive for a road car, with stopping power that can cause genuine discomfort in the best possible way.

Turn-in is rapid and sharp, as the front-end bites hard. Out of the corner and back on the power and the rear-end rotates, squirms a bit and then settles as the GT350 fires toward the next turn, hunting apexes with its nose. This is a proper driver’s car, there’s no doubt. Turn after turn, lap after lap, I continued to be impressed with the GT350’s performance, poise and control. All while we had the air-conditioned seats on cooling us down from the 100-plus degree desert heat. It felt like a sophisticated European sports car. Close your eyes from the passenger’s seat and its capabilities would make you think you were in a BMW M or Mercedes-AMG.

After we pulled off the track, I asked Shelby if any modifications were done to the car to help it handle heavy track use, like track-ready brake rotors, pads or tires. Nope, completely bone-stock. Shelby’s team has put more than 4,000 miles on that particular GT350, with a lot of those miles being track miles, and it was still wearing its original brake pads. Impressive.

After that, it was my turn to drive home. Thanks for making me follow that act, Shelby. After seeing how vicious the GT350 could be on the track, I was a little apprehensive to give it the beans on the street, thinking it might bite my face off. However, that apprehension was misguided, as the GT350 can be an absolute puppy-dog on the road. It’s quite, calm and comfortable when you need it to be. Drop a gear or two and the engine wails, you’re pressed back into your seat and the car in front approaches with terrifying abruptness. But if you baby it, it’s perfectly happy cruising along at any speed you like.

The steering is direct, heavy and accurate. It even had great feedback, with every nuance of the road being transmitted to my hands through the Alcantara-covered wheel. The clutch is light and easy to modulate and the shifter is smooth with great action and short throws. It’s a treat to drive and drive fast. Get it into triple-digit speeds (which we never did, officers) and it’s rock-solid stable. I’d imagine…

But it wasn’t the fact that the GT350 performed well on the track, as I knew it would, or that it was nice to drive on the road that was impressive. It’s that it was able to do both so well. It had a five minute cool-down between pummeling the desert track into submission before jumping on public roads and it felt right at home doing either, on factory brake pads and tires, and in genuine comfort.

Are there drawbacks? Of course. The interior materials aren’t the best, with some scratchy plastics within arms reach and the interior ergonomics aren’t great. The instrument cluster is a bit unclear and hard to read when going quickly and there are about a million sub-menus in the center screen between the instrument binnacle. So it isn’t the friendliest cabin in the world and its lower-end Ford roots do show. There’s also a pretty awful blind spot right over the driver’s left shoulder. But the Recaro seats were lovely and there were some nice materials, such as the leather and Alcantara steering wheel. Is it as nice of a cabin as, say, a BMW M4’s? No, probably not, but it’s not exactly a Turkish prison, either. Oh, and it costs about $15,000 less than a BMW M4 to start. 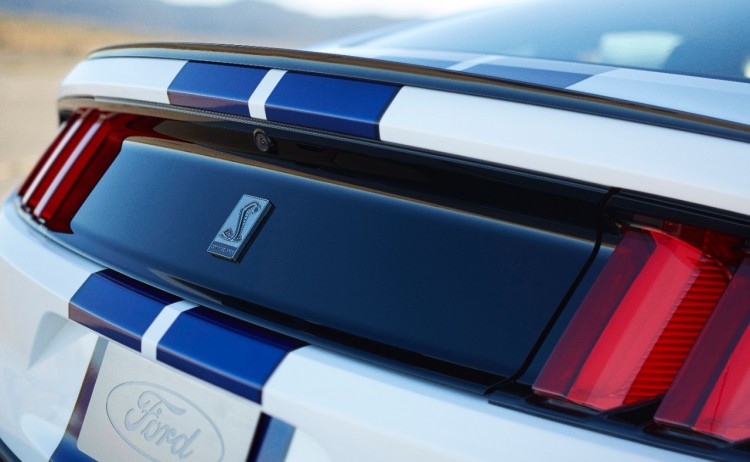 Are BMW customers going to actually cross-shop a Shelby GT350?

The two brands are targeted at different customers. But that doesn’t mean they shouldn’t. The Shelby GT350 is a car that shut me up and proved me wrong. I went into the drive expecting to find a lot of compromises in the name of performance. I expected to say things like “Yea, it’s fast but it doesn’t handle that well and its interior is a bit crap and it’s uncomfortable.” However, there weren’t any compromises, the GT350 is the total package. If you want something that’s powerful, fun to drive, comfortable enough to drive everyday without issue and that has unapologetically badass American character, then it’s hard to pass on the GT350. The Shelby GT350 may not be the absolutely most refined sports car in its segment, but there’s not doubt that it can hang with the best from Europe.

If you doubt the GT350, give it a try. You’ll be impressed, I promise.

The Shelby GT350 may not be the absolutely most refined sports car in its segment, but there's not doubt that it can hang with the best from Europe. If you doubt the GT350, give it a try. You'll be impressed, I promise.