Should the BMW M4 fear the Shelby GT350?

The BMW M3/M4 has been compared to hot Mustangs for quite some time now. The Mustang has always offered a similar formula as the BMW M3/M4, but with none of the finesse or precision. However, the most recent Mustang has closed the gap more than ever between the two cars. With the latest Shelby GT350 iteration, can the Mustang finally hang with the M4?

While the Mustang has always been a bit of a big brute version of the M3/M4, for considerably less money, the latest Shelby GT350 seems to be a far more sophisticated machine than any Mustang before it. 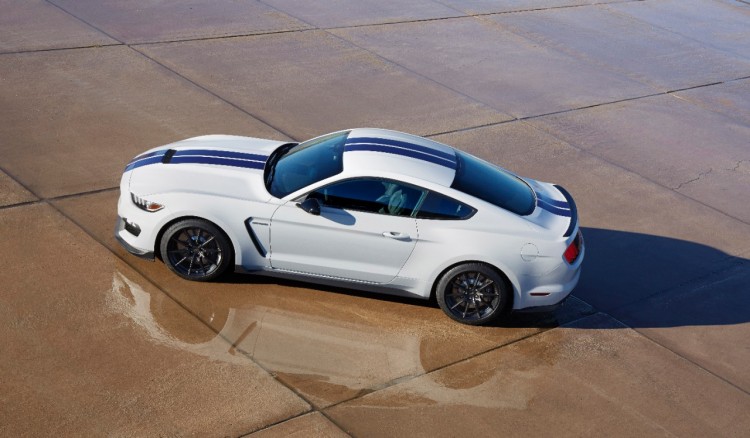 But it isn’t just straight-line speed where the GT350 excels. Ford and Shelby have gone through considerable lengths to ensure that this Pony can handle with the best sports cars in the world. Using magnetic adjustable shocks and a combination of Brembo calipers and special iron-aluminum rotors, from a small German company called SHW, the GT350 turns, handles and stops as good as anything with a blue and white roundel.

According to recent drive reviews, the GT350 turns in sharply and sticks to the pavement like glue with little to no body roll. The rear end is easily controllable with the throttle and the chassis is dynamic. The engine also revs to 8,000 rpm and makes an incredible noise doing it. So the GT350 isn’t just a beefed up pony car with a supercharger and nearly road-illegal tires, like the Camaro Z/28. It’s a sophisticated racing machine for the road, that uses some of Ford’s best racing techniques, made to compete in the world market, not just for rednecks. It’s exciting and dynamic and lightweight, like the best sports cars from Europe.

However, the suspension is quite a bit stiffer and more uncomfortable than the BMW M4’s and is more of a track car than a road car. While it puts down similar numbers to the M4 and can probably hand with it, toe-to-toe, on a race track, the BMW M4 might be the better all-around car to own. But the Shelby GT350 does have a considerably big price advantage, costing $49,995 for the standard car and $63,495 for the lighter and more hardcore GT350R. So the Shelby GT350 makes a compelling case as an alternative to the famous Bavarian, despite not being quite the all-rounder that the M4 is.

Considering the price, it’s hard to make a case for the M4 over it without driving both back to back. Regardless, though, Ford is inching closer to BMW than ever before.