Late last year, a new SUV brand was launched to take on the likes of BMW, Audi and Mercedes. German brand Borgward unveiled the BX7 SUV which – at a first glance – it looks like the child of a BMW X3 and the previous Audi Q5. Scheduled to be launched in Germany and the rest of Europe “within the next two years,” and China in the first half of 2016, the BX7 is about the size of Audi Q5 – 185.5 inches long and 75.2 inches wide – while its exterior design are somewhat similar to those from its German counterparts – especially as far as the roofline, greenhouse, taillights, and rear bumper go.

The Borgward SUVs are powered by 1.8 and 2.0-litre four-cylinder engines and torque is distributed briskly by a seven-speed dual-clutch transmission. The top-of-the-line powerplant produces 225 horsepower, while the plug-in hybrid due at launch churns out 401 hp and a combined torque of 479lb-ft. 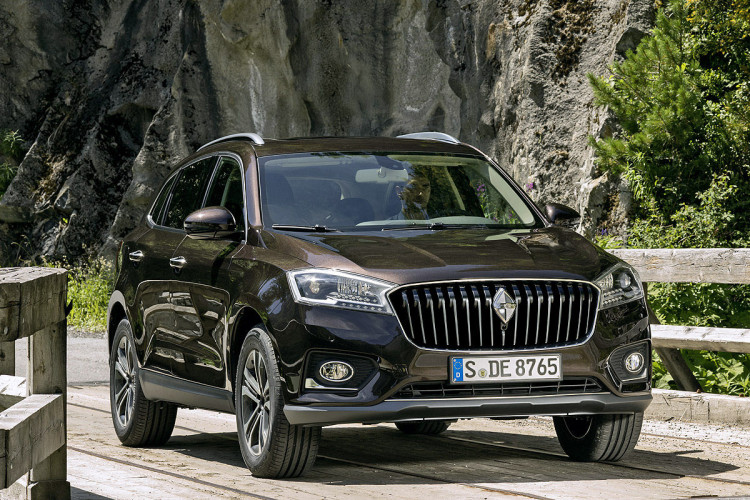 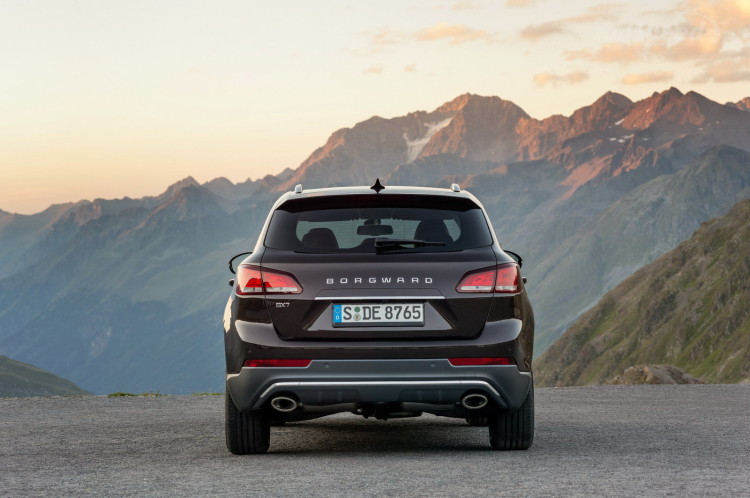 Borgward quotes a zero-emission range of 35 miles and an average consumption of 125mpg. The lithium-ion battery which hooks up to the motor driving the rear wheels has a capacity of 13.2kWh.

Inside, the Borgward aims to wow customers with its shiny tech. An up-to-date infotainment system features a 12.3in touchscreen monitor and an MMI controller. BX7 reveals a premium cabin with soft-touch surfaces on the dashboard and door panels, high-quality leather with contrast stitching and aluminum trim.

The revived Borgward has Chinese support and production initially kicks off at a factory in Beijing. The sales target is quite ambitious  over 500,000 annual sales in the medium term. Borgward’s hope is even to have vehicles available in Europe in two years, as well. 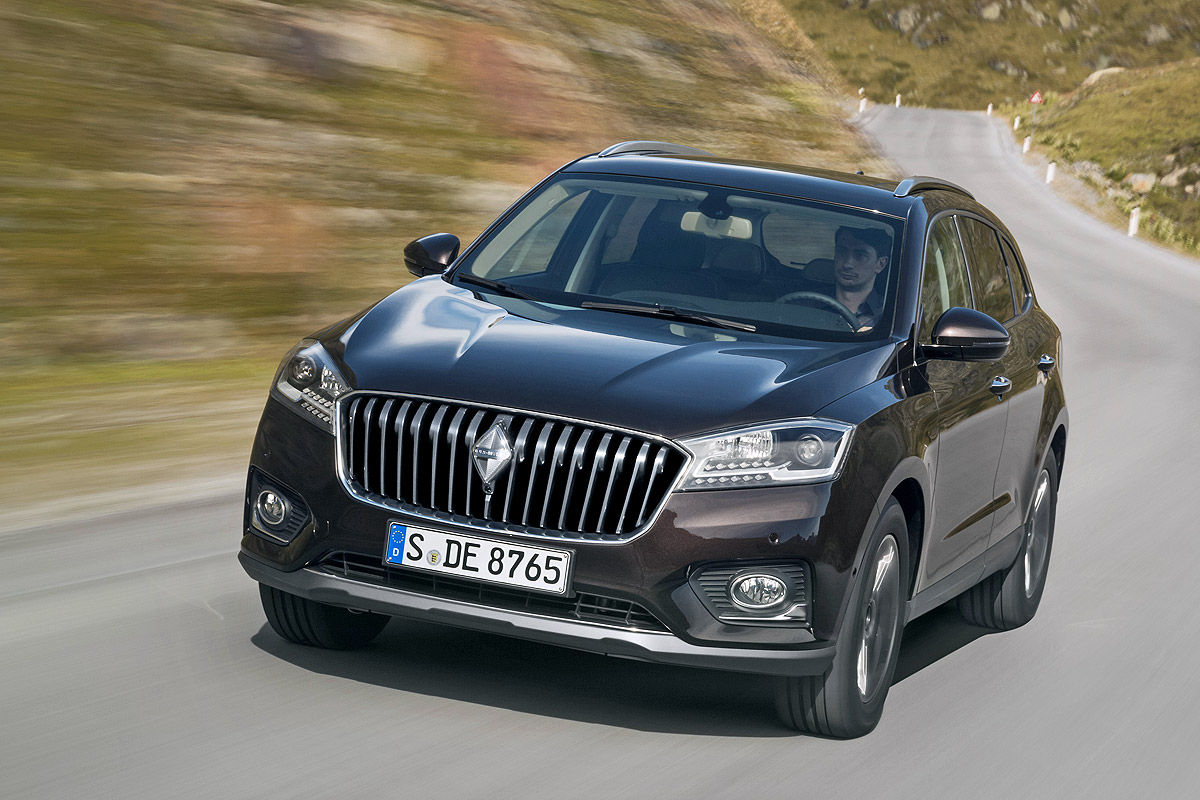 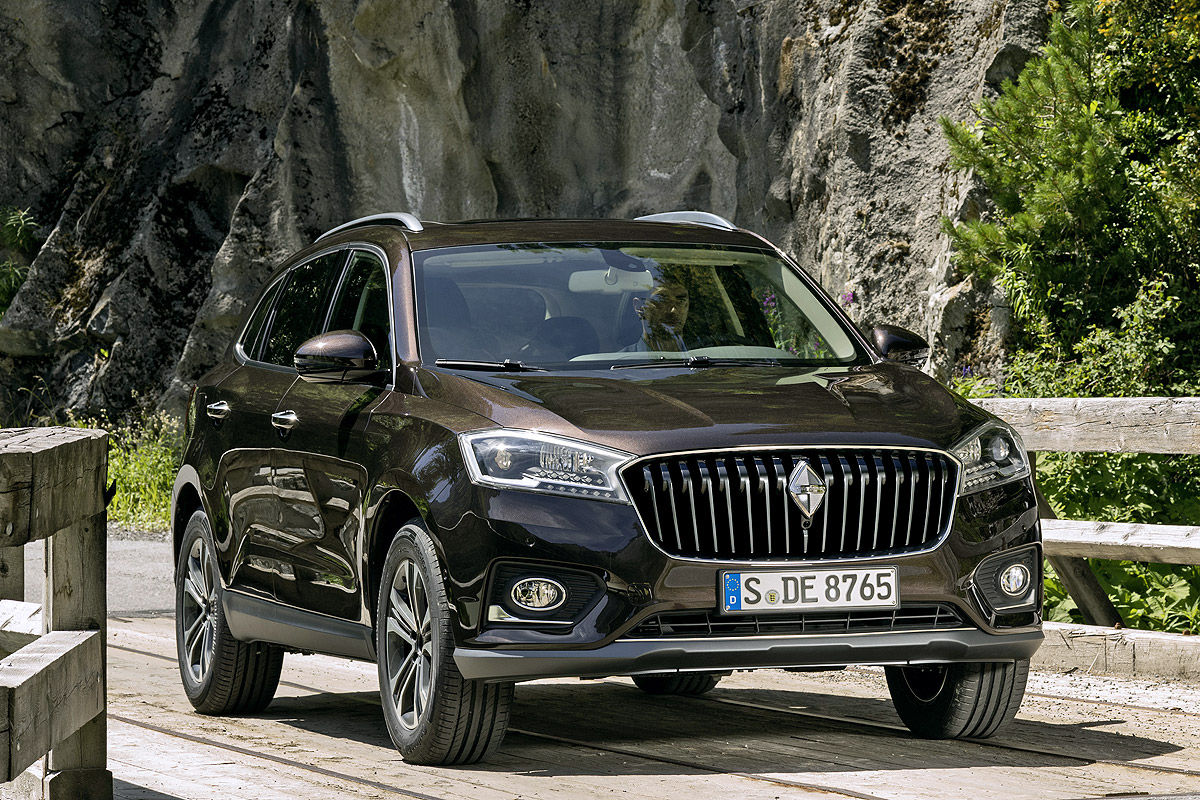 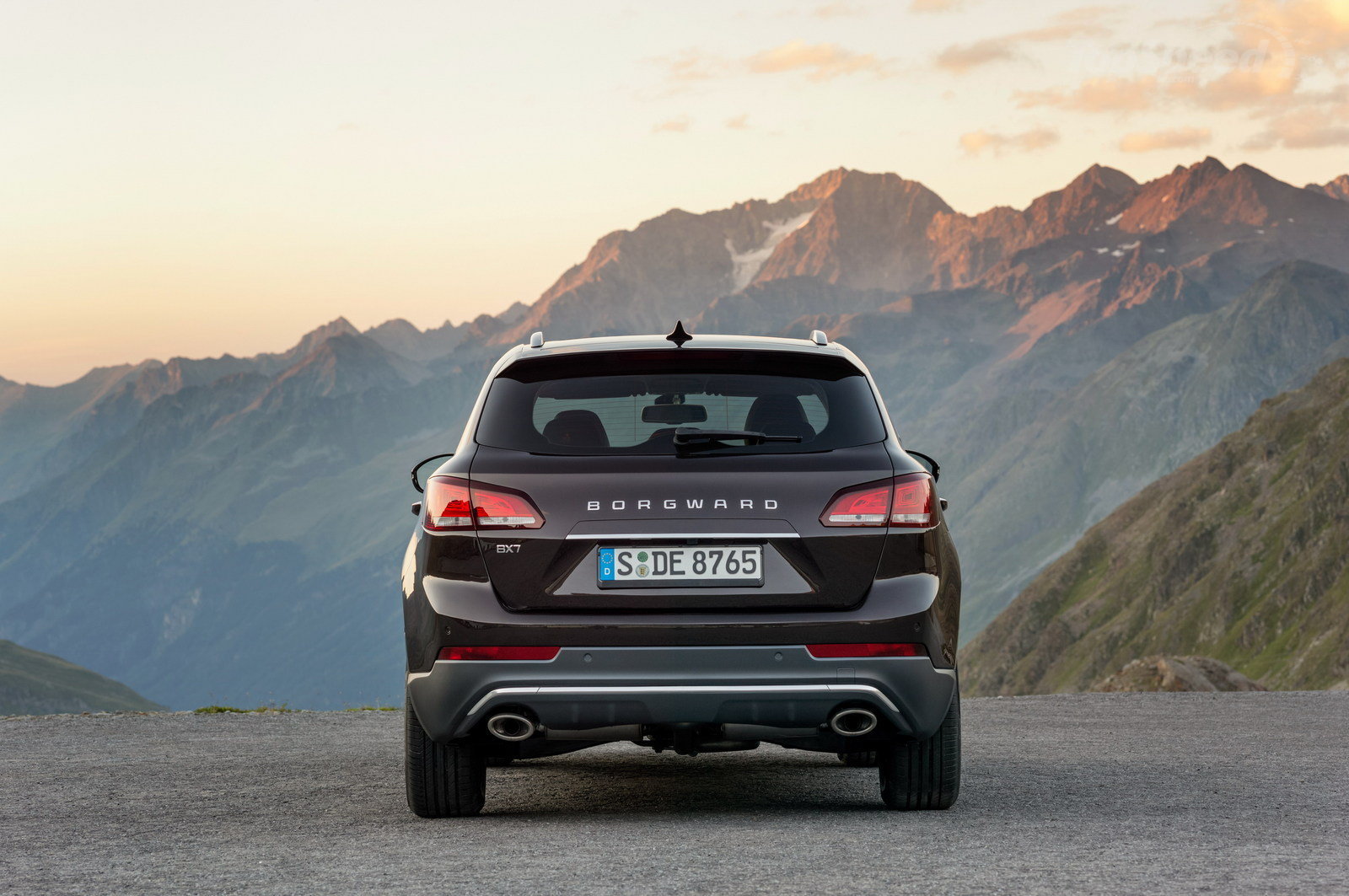 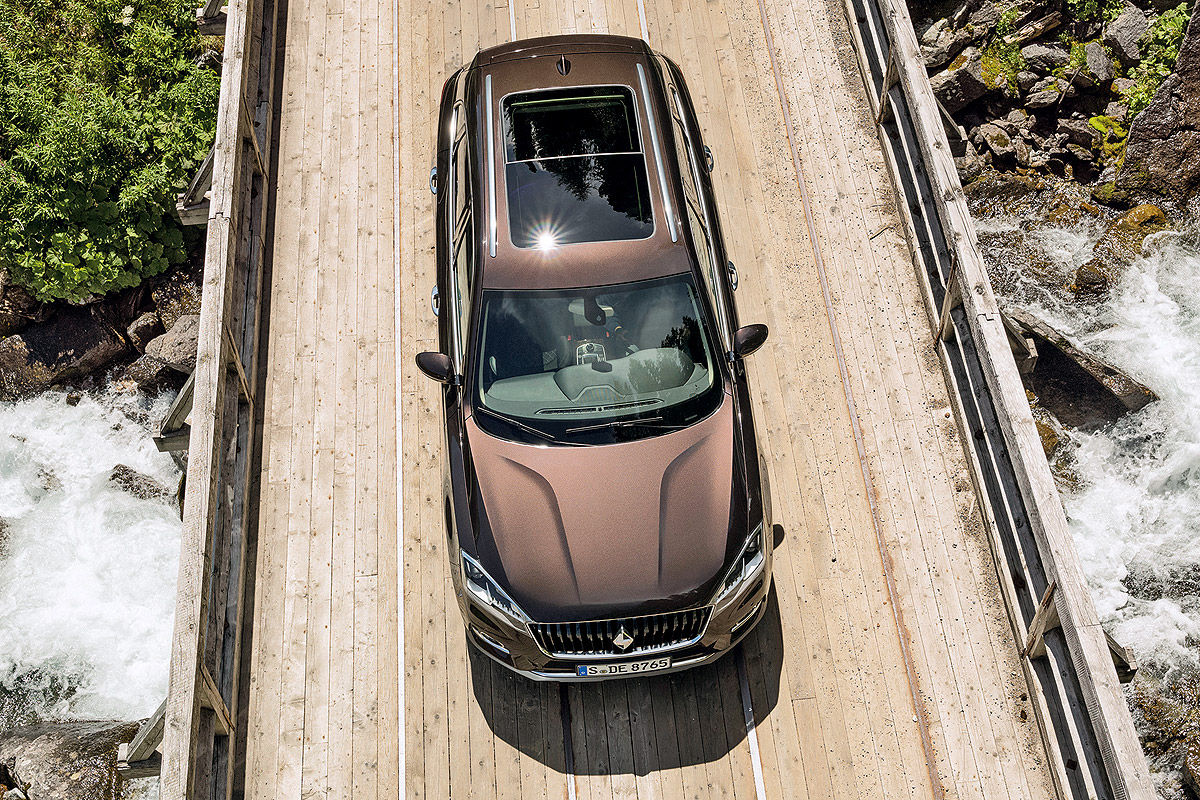