I think we all, as BMW enthusiasts, have a car that means something to us, a car that holds more sentimental value than maybe it does actual value. That’s the bet part about being a car enthusiast, owning a car with a story and with character. Any car can be fast, any car can handle well and any car can look cool, but very few cars can touch your emotions. So when you find a car like that, you never let it go.

This is what happened to Sean Patrick Flanery, famous actor most known for his co-leading role in the cult-movie, The Boondock Saints. Flanery has been an actor in Hollywood since the ’90s, with some pretty consistent success. His career has given him the ability to have quite a lot of expensive sports cars and high performance cars, as he is a proper gearhead. But he doesn’t own a Porsche 911 or BMW M4. No, instead he owns a 1977 BMW 530i because it was his dad’s car and the first nice car his dad could afford. 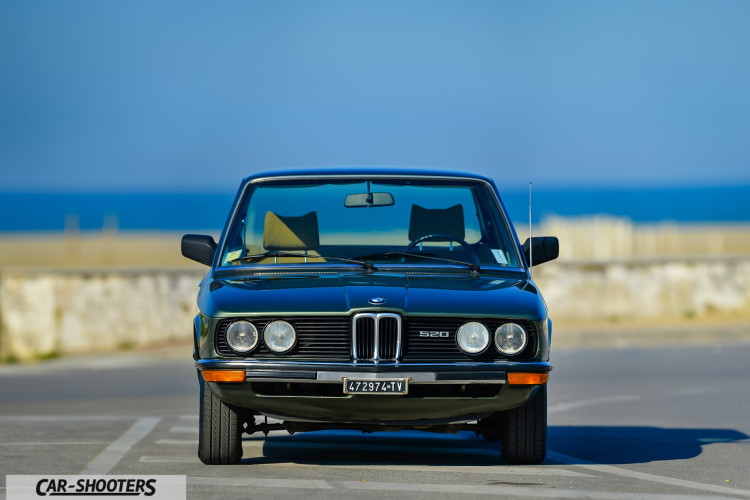 Flanery’s dad was a gearhead himself and actually wanted to be a race car driver. But life got in the way of his dreams and he ended up working hard selling medical equipment. After creating is own success in that field, Flanery’s father was able to afford a, brand-new at the time, 1977 BMW 530i, silver with red leather interior and a BorgWarner three-speed automatic. His father had a passion for cars, and BMWs in particular, so this car was very special to him. He then taught young Flanery how to drive on it and let him sit on his lap and steer. Those memories are what made Flanery keep the car to this day. “I was 12 years old and I learned to drive in that car. David Hobbs BMW showroom, I remember seeing it on the showroom in downtown Houston, Texas. Silver, red leather with a huge steering wheel. My dad would take me, and I’d sit in his lap driving, before I could reach the pedals.” said Flanery.

It’s not his daily driver, as that’s a Toyota FJ that he uses for his side business, but it’s still a car that he drives regularly. It’s not the most reliable of cars, as its a ’70s BMW, but he’s restored it quite a bit a loves it all the same. As it’s an older BMW, it tends to overheat a bit it traffic on hot days, something I’m no stranger to myself. “It’s only in stop-and-go traffic in summer heat that you run the risk of overheating the car. On this particular car, it was the cooling system that was inferior. It was built for European Autobahn.” So when he does finally take it on the highway, especially when his dad comes to visit, it runs like a charm. “It’s up Pacific Coast Highway. You pass Hearst Castle, all the way up to Carmel. It’s a gorgeous drive, and if you’re on the freeway the car runs beautiful,”

These are the sorts of stories that BMW ownership is all about. BMWs are cars that owners often form emotional attachments to, more so than most other brands. So when you hear about an actor who can afford to own pretty much any sports car he wants but decides to drive his dad’s old 1977 BMW 530i, it reminds us of what the BMW brand is all about. Nowadays, everything is about lap times and 0-60 times, but it isn’t about how a car makes you feel anymore. Maybe it will never be that way again. But these old Bimmers definitely still have that intangible desirability. BMWs stick and stories like this one are evidence of that.