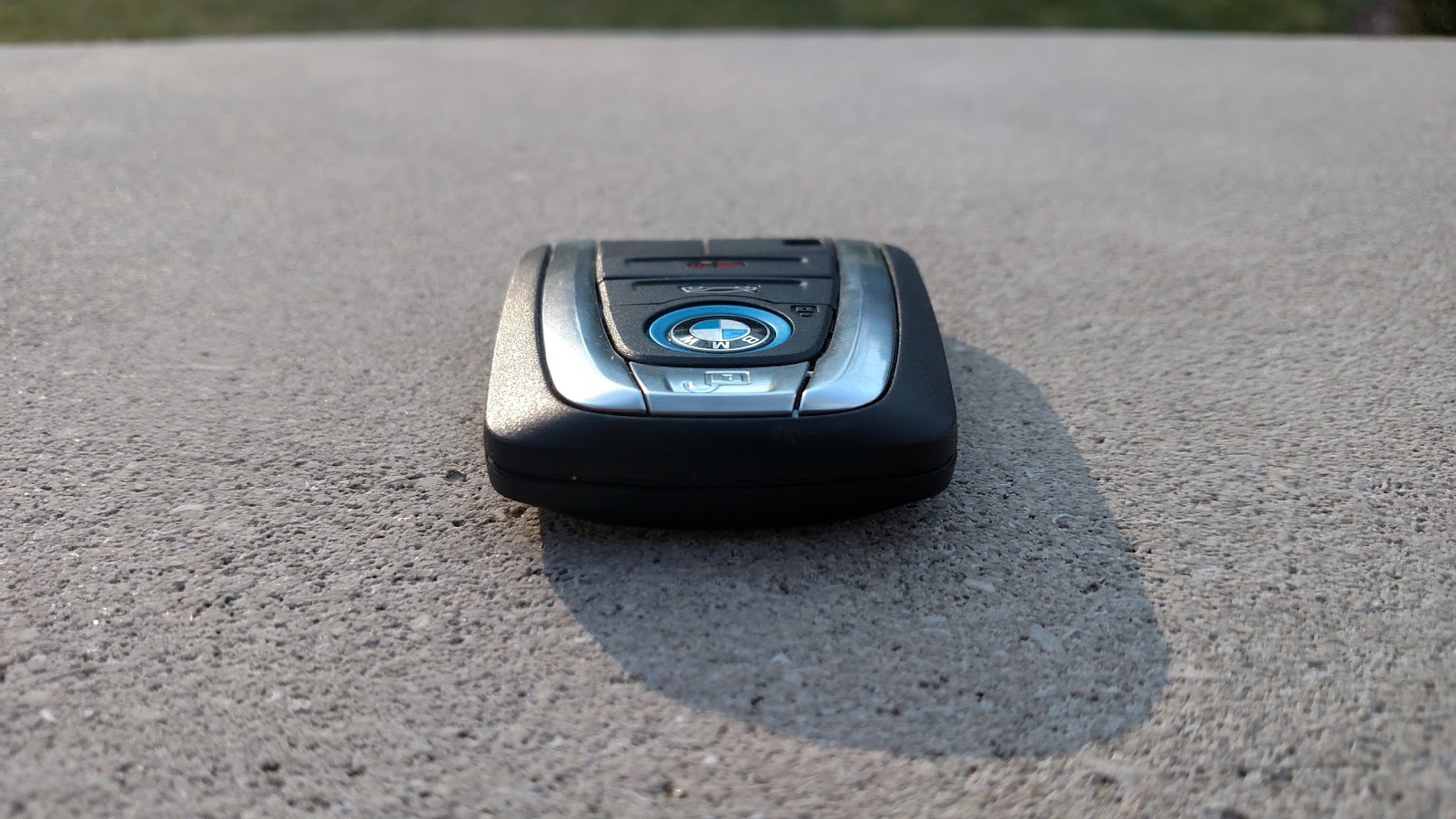 Long gone are the days of a simple key to open your car’s door and turn on the ignition. Keys today aren’t even really keys in the traditional sense. With many cars, you only need to have the key on you and as you grab the handle of the vehicle the door will unlock. Then, you get into the vehicle and instead of inserting the key into an ignition, you simply push a button and the car will turn on. This is, in fact how the BMW i3 works, as long as you ordered the car with the optional Comfort Access feature.

Regardless of the other i3 features that you select, all i3 key fobs are the same. With a push of a button, they can lock or unlock the doors, or unlock the rear hatch (for MY 2015 on, the 2014 model key fob unlocked the front trunk). Like most other key fobs, there is a panic button that sounds the car’s alarm, but there is also one more function: If you long press the door unlock button, both front windows will open. 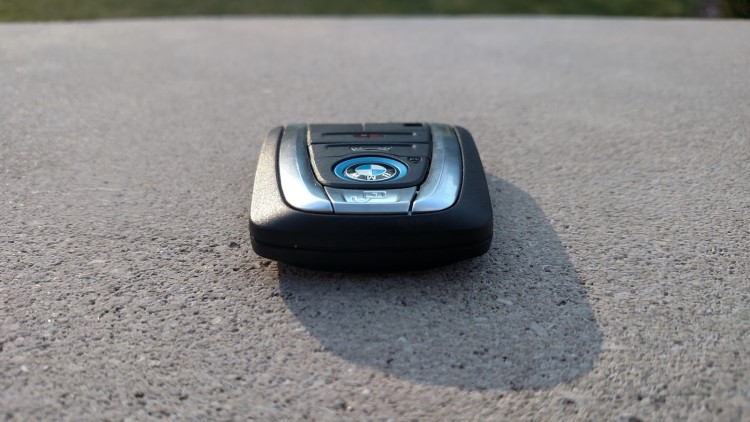 This feature is used to cool down a hot cabin that may have been parked for awhile in direct sunlight. While the owner is walking up to the vehicle, they can open the windows to get some fresh air into the cabin before they hop into a sweltering hot environment. While this option certainly has a practical use, it also comes with a potential downside, that being the possibility of the owner inadvertently opening the windows by accidentally depressing the door unlock button.

I’ve read about this being an occasional issue on cars of various makes. Someone with a pocket full of keys, coins or other objects can have the button depress without knowing it and have their doors unlock and windows open without their knowledge. Luckily, you need to be close enough to the vehicle for the key fob’s signal to reach the vehicle, and that surely reduces the likelihood of it happening. However it does happen, and the problem can be amplified by a poorly designed key fob.

Unlocking your car door unknowingly is definitely not something you want to do, but the odds are nobody is going to notice unless there is someone actively trying to break into cars where the vehicle is parked. Having the windows wide open is much worse, as it invites passersby who may have nefarious intentions to steal items from the cabin, or even attempt to steal the car. 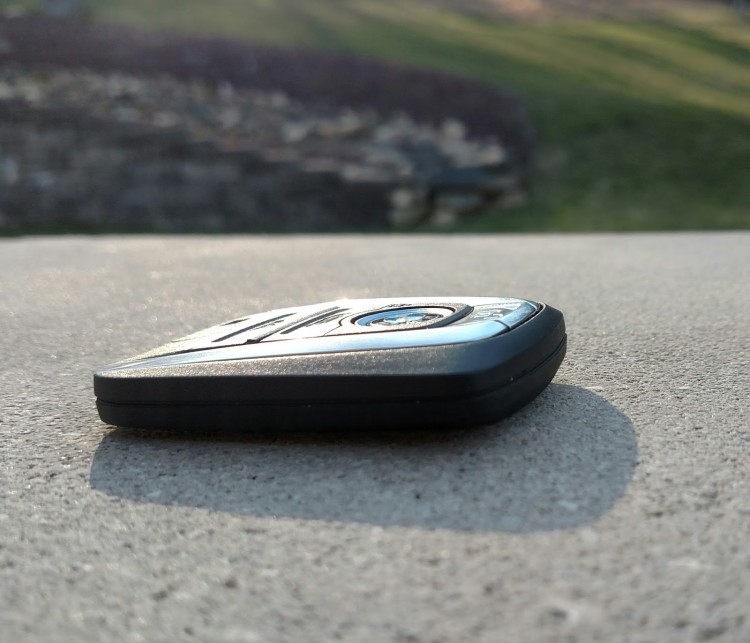 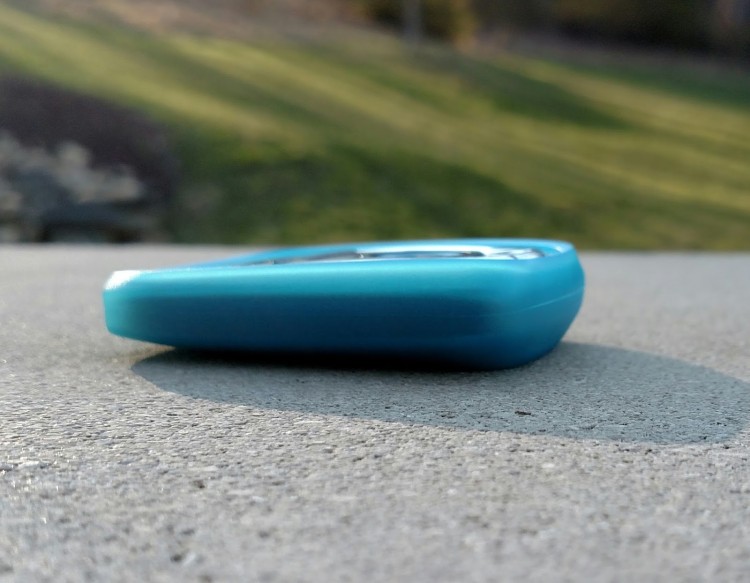 This issue of unknowingly opening the windows of the vehicle because of the long press of the unlock button on the key fob seems to happen much more frequently with i3 owners than it does with other cars that have that feature on the key fob. Looking at the key fob closely, I think I know why that is. The door unlock button is located on the center and at the very top  of the fob. It also has a lip along the top edge of the button that sticks up above and beyond the black plastic trim that surrounds the fob. This lip protrudes roughly 2 millimeters beyond the leading edge of the fob, making it very easy to be depressed by accident while in a pocket or handbag that contains other items that can press against the fob.

Over in the i3 Facebook group, and on a few other online forums, many owners have asked if anyone else has returned to their vehicle only to find the windows wide open. They are certain they didn’t leave it that way and many are convinced it is the result of some malfunction on their car. Having the possibility of items being stolen from the vehicle isn’t the only concern, though. Some have returned to there vehicle to find the interior soaking wet because this problem occurred during a rainstorm – or even worse, a snowstorm.

A friend of mine, journalist and i3 owner Chuck Vossler was one of the unlucky owners who had the accidental long button press and window open happen to him at a very inopportune time; during a driving rainstorm. Needless to say, he wasn’t to happy about it. Here’s Chuck’s take on it:

“We typically park in a covered parking lot, but on a summer day last year had to park out in the open during a torrential down pour. Grabbed all of our stuff and booked out the car headed for the door at work 100 feet away trying not to get too wet. About an hour later, I had to go back to the car for something and as I was walking up to the car, my heart sank. The windows of our 2014 Solar Orange i3 with the Tera World package were all the way down on both sides. As I surveyed the soaking, was blown away by the amount of water in the car. There was so much, it was literally pooled in the seats and on our floor mats. Fortunately the eucalyptus wood wasn’t too wet.

“I excused myself from work and took the i3 home. Using large bath towels, sopped up as much as I could and then was surprised to see that the WeatherTech mats caught a bunch and kept the carpets from getting too wet. Then I took a shop vac and vacuumed everything, and set all the mats out to dry and left the doors open for a few days while parked inside our garage at home. I think having leather seats instead of cloth helped it not be worse. The interior dried completely and we never smelled mold or mildew after. I write for a couple other outfits and offered to write the experience up but was told, it was user error and they weren’t interested. I buy that. But the same thing has happened to more than just us, as others have posted the same experience in the i3 Facebook Group.

We must have pressed the edge of the key somehow when running in to work during the massive rain. The i3 key we used that day did not have any covering on it. So since then, using the BMW i blue bumper’d key cover on one key and being vigilant has helped us from a second occurrence. Of note is that in owning and driving BMW’s for over 20 years, this has not ever happened to me before.”

Luckily there is a very low cost solution which in most cases, eliminates the problem. It does however, cost the owner about fifteen dollars. I’m referring to BMW i Key Cover, accessory number 82 29 2 348 069. I’ve been using these covers as long as I’ve had my i3, which is nearly two years now and I’ve never had a problem. I even know some other i3 owners that have purchased the cover and put their key in it upside down, so all the buttons are covered by the hard plastic of the back of the cover. They cannot press the buttons, but if they have Comfort Access, they really don’t need to. As I said above, with Comfort Access you unlock the door and rear hatch simply by touching the handle. The key fob will fit perfectly in the cover either way.

One thing to note about the Key Cover is, like most products from the BMW line, it is made with sustainability in mind. The cardboard box is made from recycled sources, and the actual cover is, “Made from sustainable, organic-based plastic & glows in the dark.” That’s great, and something many BMW i customers are interested in. However, the organic-based plastic also has a downside. The bright BMW i Frozen Blue color doesn’t last too long. After about eight months I noticed it was turning a greenish tint, and after about a year and a half is was fully green, and no longer matches the Frozen Blue accents of my car. It grew increasing bothersome to me so I recently broke down and bought a new one. As you can see, the color variation is pretty striking. I can assure you the older greenish colored one did indeed start out looking just as the new one does now. While the plastic itself may be sustainable, the color certainly isn’t!