Why BMW needs a 9 Series Coupe

We just recently took a look at a spied 7 Series BMW, wearing a bit of camo, that looked suspiciously like it could have been an M7. Fans got quite excited about such a car, as a BMW M7 would answer a lot of demands of enthusiasts who would want such a car. But an M7 might not be the only ultra-expensive car BMW could be making and it shouldn’t be, as BMW needs something even higher on in the food chain. Something like a BMW 9 Series.

A little while back, we heard that BMW would be making a 9 Series Coupe and the project was greenlit. The 9 Series Coupe would slot between the 7 Series and Rolls Royce Ghost, something the BMW could use. It would use all of the great parts of the 7 Series, but use them in a sportier and sexier grand touring coupe body. 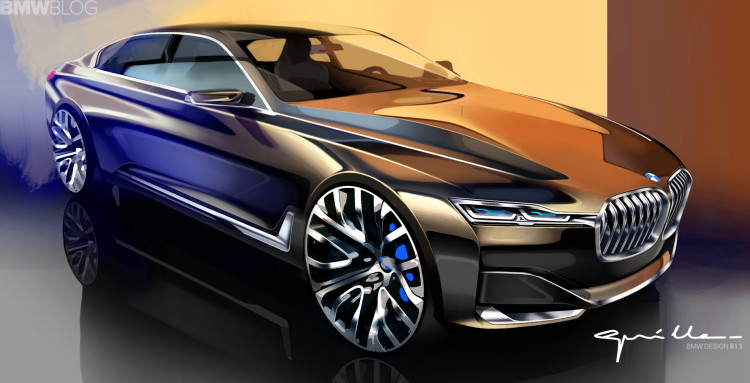 At the moment, BMW doesn’t have anything to compete with the Mercedes-Maybach, so the Bavarian brand could use an ultra high-end luxury car under its own brand instead of leaving that to Rolls Royce. Not to upstage the British brand, BMW would have to keep it less expensive and/or exclusive than the Ghost but it could still produce a seriously luxurious machine.

A 9 Series would also give BMW a competitor to the Mercedes S Class Coupe, one of the most luxurious coupes on the market and a car that’s basically in a class of one at the moment. Whenever one of the German car companies has a car that is essentially in a class all by itself, the other’s have to create something to compete. BMW needs to do that here, with a 9 Series to compete with Merc’s flagship coupe.

It would also give BMW a new flagship vehicle and there’s something incredibly seductive about a monstrously luxury coupe as a flagship car. While BMW has some amazing cars and some brilliant technology, I’m not sure BMW has ever had a flagship car that’s seductive and sexy. Put a 9 Series Coupe with 7 Series+ levels of luxury and a seductive design on commercials and customers will be flocking to BMW dealerships just to buy a car associated with that. It would be downright polarizing.

Another reason why a 9 Series should be built is that BMW doesn’t have a lot of cars over the $100,000 range. It does have a lot of cars close, or just over the six-figure hill , but it doesn’t have a ton of uber-expensive cars. While that may not seem like a serious issue, it can be when it’s competitors do have cars of that nature. Both Mercedes-Benz and Porsche have cars that wear some eye-watering price tags. What that does is add more prestige to the brand, which raises the perceived value of the brand’s lesser cars. It would basically do what the Audi R8 did for the Audi brand — bring customers into dealerships to get into the same brand that makes that gorgeous car from the commercials.

With a 9 Series, BMW has a real opportunity to brand itself as an even more luxurious and technologically advanced brand than it already is, while at the same time developing a competitor to one of its biggest rival’s most impressive cars. It seems like a win/win for BMW, to create a 9 Series Coupe.