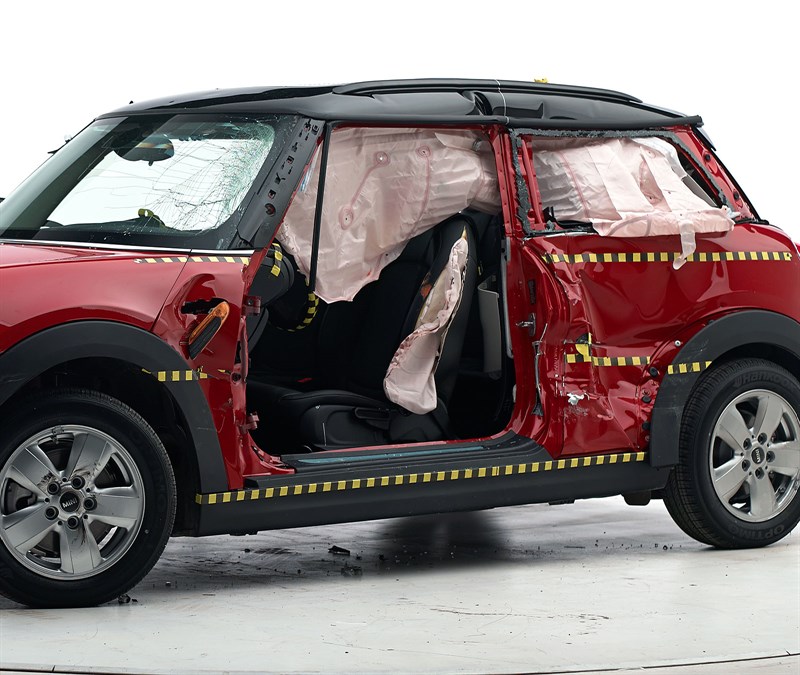 When choosing a car for safety, cars like Volvos or maybe big SUVs are the kinds of cars that are thought of first. Cars like MINIs typically aren’t considered safe because of their small size. However, the latest MINI Cooper just scored top marks with the IIHS, completely negating the myth that small cars like MINIs are unsafe.

For 2016, the MINI Cooper Hardtop Two-Door scored a “Good” rating (IIHS’ highest rating) in all five crash tests while also scoring an “Advanced” rating in front crash prevention, thanks to its optional forward collision warning with auto-braking. In three out of five tests, the MINI was capable of avoiding a crash on its own, while in the other two tests the MINI was able to slow down to between 1-3 mph, making the crash much gentler.

Most notably, the MINI also was tested for side crashes and scored a “Good” rating. This is important, because in 2014, the MINI failed its side crash testing which caused BMW to recall them. After the recall was done, last year, the IIHS was not able to test the MINI’s side crash capabilities. However, the 2016 MINI was put through the side crash testing this time and earned the highest marks. Talk about redemption for MINI. 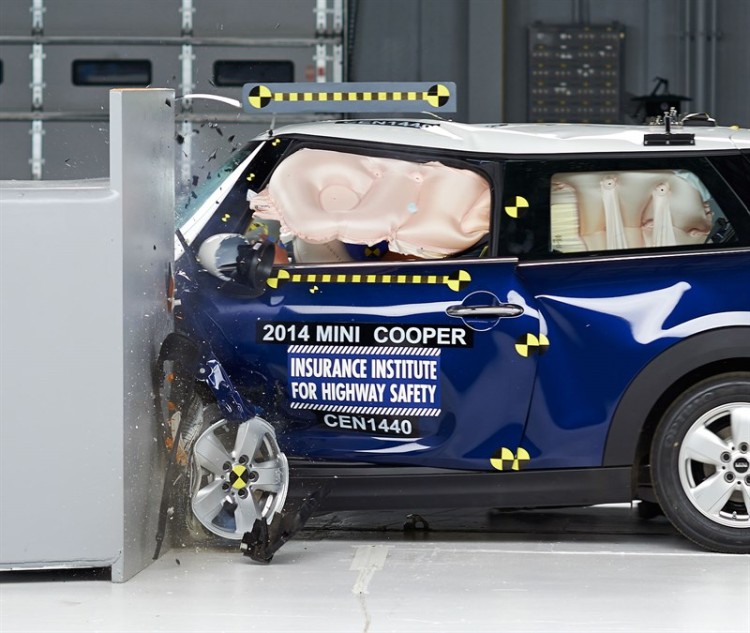 The MINI Cooper also received perfect “Good” ratings in all of its Small Front Overlap test, which is usually the hardest test for a car to pass. The MINI passed it with flying colors which is impressive, especially for such a small car.

This is bigger news than one might think because cars like the MINI typically bring a stigma with them that they’re unsafe. Some people even call cars like the MINI “deathtraps” just because of their size, without taking modern safety technology into consideration. Being that many customers hold IIHS ratings in high regard when buying a new car, maybe this can finally dispel the myth that MINIs are unsafe.