Jochen Neerpasch is the man responsible for BMW’s racing prestige during the 70s and the man behind BMW’s only supercar – the M1. Neerpasch started with BMW in 1972 and created the BMW Motorsports GmbH. With cars like the 3.0 CSL Coupe, the new sports division became a leader in the European Touring Car Championship. To say that Neerpasch was the father of M Division is an understatement – he has not only shaped the troubled, yet later acclaimed M1, but he has also instilled a racing spirit in the heart of BMW.

Speaking recently with ClassicDriver, Neerpasch shared with the readers his top favorite BMWs. 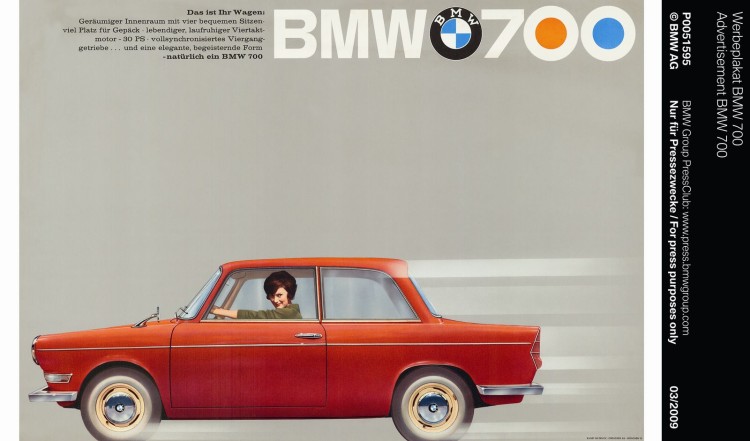 The BMW 700 is a small rear-engined car produced by BMW from August 1959 to September 1965, based on the BMW 600. The 700 is one of several models credited with having rescued BMW from a terrible fate. By the time production ended, 188,211 had been produced which was more than five times the number achieved by its predecessor model.

“Before joining BMW I did some racing for Willi Martini, a Nürburgring-based tuner who specialised in 700s,”  Neerpasch said. The were small, simple and surprisingly fast.”

The 3.0 CSL was developed by BMW Motorsport GmbH. Production of the car commenced in 1971 at Karmann Werkes in Rheine, Germany.

The 3.0 CSL was the performance variant of the 3.0 CS two-door coupé. It belonged to BMW’s New Six CS series and featured the famous six-cylinder engine. Owing to the use of aluminum for construction of various materials instead of steel, the 3.0 CSL weighed about 440 pounds less than the standard 3.0 CS. Hence, the ‘l’ in the name stood for “leicht”, which in German means “lightweight”. 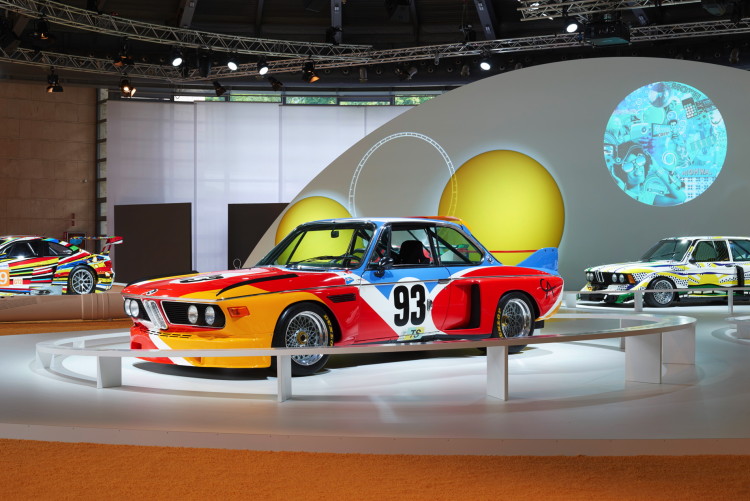 The BMW Art Car Project was introduced by the French racecar driver and auctioneer Hervé Poulain, who wanted to invite an artist to create a canvas on an automobile. In 1975, Poulain commissioned American artist and friend Alexander Calder to paint the first BMW Art Car. This first example would be a BMW 3.0 CSL which Poulain himself would race in the 1975 Le Mans endurance race.

“We had a new goal for Le Mans. Victory would not be top priority; instead, it would be an art happening on the racetrack,” Neerpasch told the press. “It was fantastic to see how the artists got along with the engineers. Back then, no one could foresee that the Art Car would become so important, but it is now a field in which BMW has exclusive ownership. No other manufacturer can take over.”

Since Calder’s work of art, many other renowned artists throughout the world have created BMW Art Cars, including David Hockney, Jenny Holzer, Roy Lichtenstein, Robert Rauschenberg, Frank Stella, and Andy Warhol. To date, a total of 17 BMW Art Cars, based on both racing and regular production vehicles, have been created.

Somewhat surprisingly, Neerpasch’s favorite car from the M3 family is the M4 Coupe and not the iconic E30 M3. “I must say I’m impressed by the current M4. It’s the type of car you car use for normal purposes during the week, then at the weekend you can do ten laps at the Nürburgring at the absolute limit without making a single change to the car.”