2017 Lincoln Continental: Can it compete with BMW, Mercedes, Audi?

Home » 2017 Lincoln Continental: Can it compete with BMW, Mercedes, Audi?

At this year’s 2016 Detroit Auto Show, Ford showed off the real deal Lincoln Continental, not just a concept, and it seems to have delivered on most of its promise. The one aspect of the concept that had  viewers all abuzz last year was the solid, touch-sensitive door handles, which were more like little pads that stuck off of the top of the door sill. Those actually made it into production, sort of, as fixed, touch-sensitive door handles that pop the door open with just a user’s grab. Pretty cool stuff. 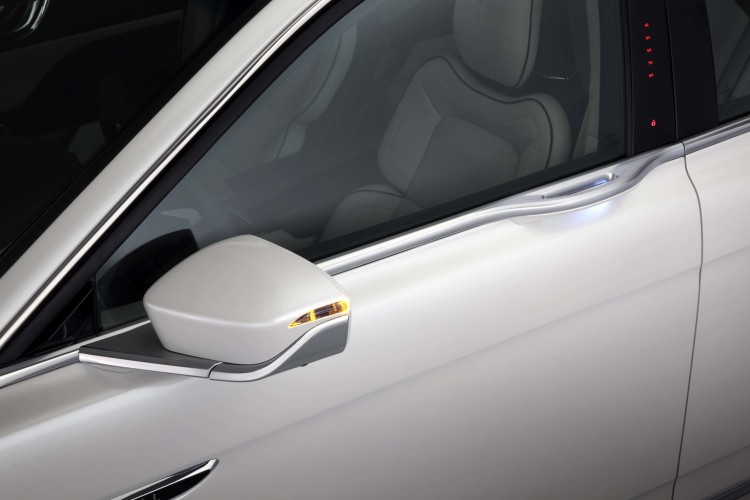 On the outside, the Continental seems virtually unchanged from its concept form, which is good as often times we’re so disappointed with the way concepts transform when going into production. The headlights and taillights are only slightly changed from the concept, but aside from that, the Conti is essentially the same car we saw last year. Which is a good thing, as the new Continental is a good looking car. It’s quiet and understated, yet it still has sort of menacing looks with its square jawline and slightly squinty headlights. It almost has some Jaguar XJ in its front end, which is a grand compliment.

On the inside, the Continental treats passengers to a serene and calm luxurious cabin. It’s not as beautiful as the interior of a BMW 7 Series or Mercedes-Benz E Class and it kind of has a very “Ford” look to it, but it’s a nice place to sit, nevertheless. The front seats even have butt-cheeks, which is interesting. Those aforementioned seats have 30-way power controls, are both heated and cooled and have massagers built in. Ford and Lincoln were going for a more pleasant environment than a sporty or performance-oriented one and it seems as if they succeeded in that.

However, there are a couple of problems with the Continental is, such as “is anyone gonna buy it?” 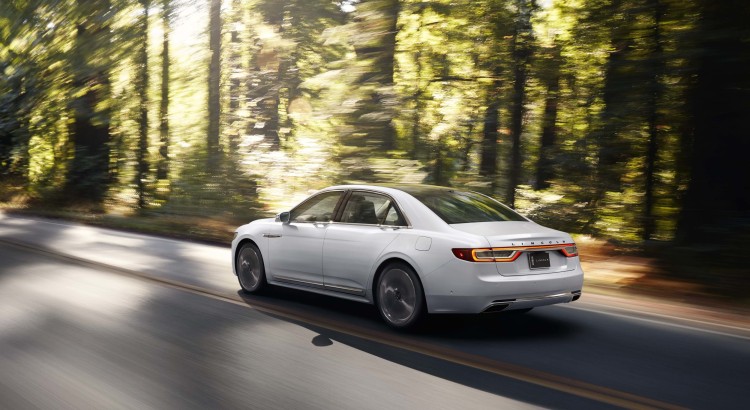 There will be fans of American car companies who will turn to the Conti for their luxury needs, but for people who will cross shop different vehicles, will people really choose Lincoln? BMW, Mercedes-Benz and Audi have somewhat defined the luxury car market, in terms of both pricing and expectations. While the Continental will likely be considerably cheaper than the 7 Series, S Class and A8, how many people will go for this over those cars?

Cadillac, Hyundai and Acura have all tried the same thing before, developing a car with similar luxuries to those big Germans at a considerably lower cost. But each company has failed to even come close to the sales figures of the Germans’ big luxury cars. When people want luxury, they look toward Germany. And for good reason, the German Big Three have been on top of the game for decades now.

And then there’s the problem of its powertrain and drivetrain. The Conti will use a 3.0 liter twin-turbocharged V6 engine that develops an even 400 hp and 400 lb-ft of torque. That’s not necessarily the issue as it has enough power, but a big luxurious Lincoln Continental shouldn’t have a V6 Ecoboost engine, Ford has Fiestas and Focuses for fuel economy. Ecoboost doesn’t scream luxury. However, the bigger issue is its front-wheel drive. Audi can get away with offering front-wheel drive on many models because its Quattro system is so revered, bur Lincoln cannot. big luxury needs rear-wheel drive as standard. Hell, even Toyota-owned Lexus offers rear-wheel drive on its luxury cars. This is a big opportunity missed by Ford and Lincoln.

While the Continental should be a fine luxury car, one that handles well enough, is fast enough and has plenty of luxury, it’s just probably not going to be enough to compete with the big Germans. It’s just not impressive enough to hang with the big boys.

9 responses to “2017 Lincoln Continental: Can it compete with BMW, Mercedes, Audi?”