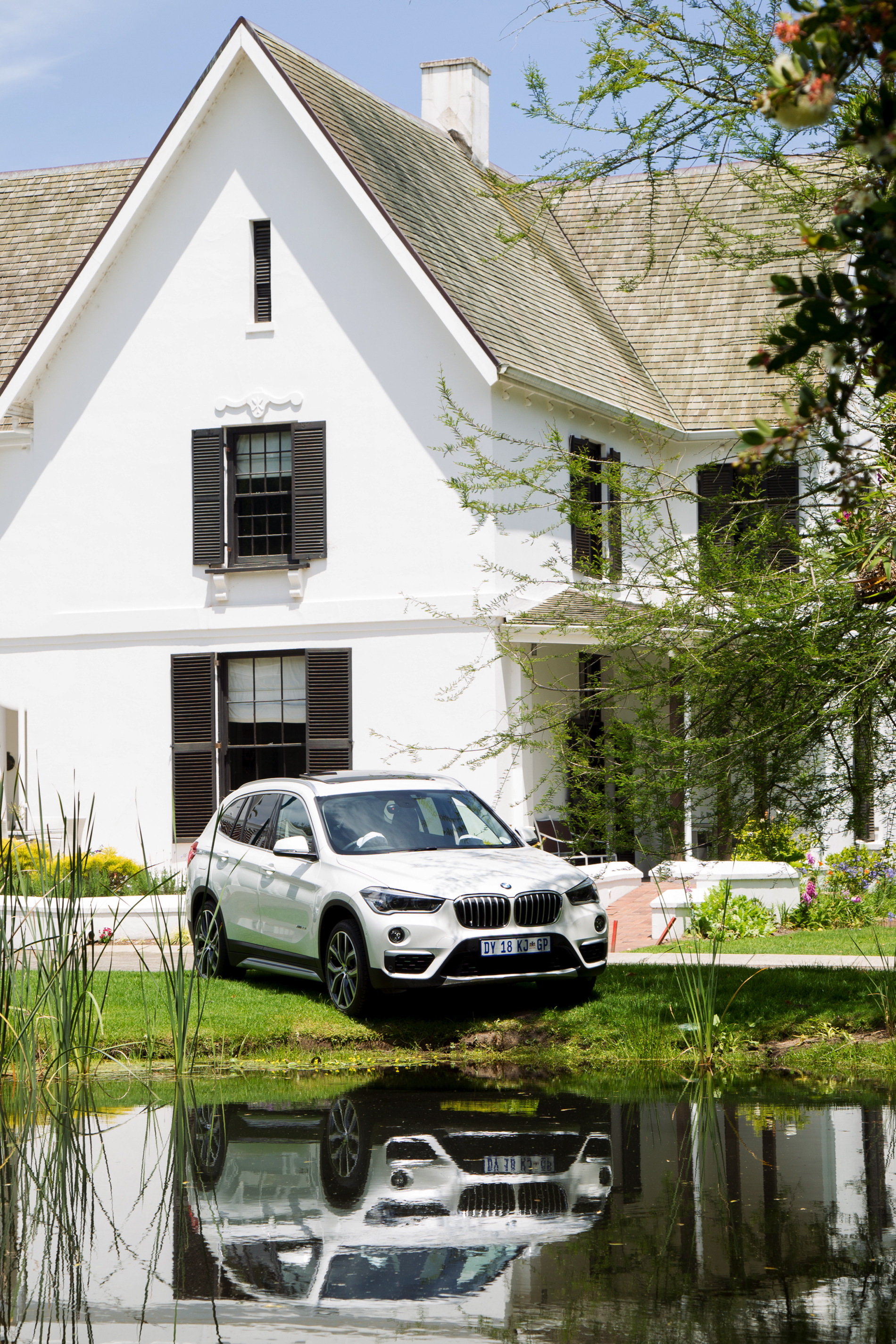 BMW entered the SUV game with the original X5, debuting in 1999, and hasn’t looked back since. In fact, BMW’s SUV range has grown to become almost as large as its sedan and coupe range. The Bavarian’s SUVs have become so popular that they take up a significant portion of the company’s annual sales. BMW needs its SUVs. But there are so many now, it’s almost overwhelming. There’s the X1, X3, X4, X5, X6 and the upcoming X7. All of which have many different engine and trim options, with the X5 and X6 even having true M variants. So which one do you buy if you’re looking for a BMW SUV?

Well, that’s what we’re here for. We’re going to go through all of the BMW SUVs and give some insight into the sort of folks who typically buy them, what their pros and cons are and, basically, just what they’re best used for. So if you’re looking for a BMW SUV, this is the perfect guide for you.

BMW X1: The second-generation BMW X1 has just been released and it’s been making some big news buying switching to a front-wheel drive platform. This might bother enthusiasts, but it won’t bother the X1’s typical buyer. The kinds of people that generally buy BMW X1s are young up can coming families. Young people with good careers and some coin in their pocket that need a relatively spacious SUV. If that describes you, then the new X1 might be your perfect BMW. It’s small yet spacious, has seating for five, uses a 2.0 liter turbocharged four-cylinder engine that has 228 hp and returns 32 mpg on the highway. It’s a fantastic vehicle for young, active people who may have young families. 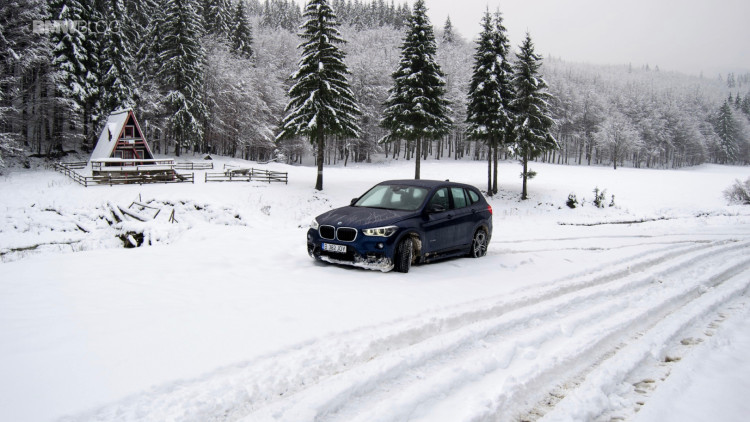 BMW X3: The current BMW X3 is getting a bit old and is due for an update soon, but if you’re in the market for a BMW SUV now, the X3 is somewhat of an extension of the X1. It’s also relatively small and seats five while being fun and enjoyable for a younger audience. However, the X3 is larger than the X1 and has more interior space, more cargo room and has a much more comfortable back seat. It also comes with a 2.0 liter turbocharged four-cylinder engine, but this one makes 240 hp and is a bit less efficient. A 2.o liter diesel engine is also available that achieves excellent fuel economy while providing even more torque. The X3 is a very versatile car that can be both fun and luxurious. It has a quiet cabin, smooth ride and nice creature comforts. So the X3 can be a more grown up X1 or a cheaper X5, depending on how you look at it.

BMW X4: The BMW X4 is somewhat of an oddity. The X4 is certainly for people who value looks and dynamics over practicality, as it significantly reduces cargo space and practicality in the name of a stylish body and better road-going dynamics. The BMW X4’s typical buyers are young people who want an SUV but also want to have some fun. Maybe a young executive who wants a sports can but can’t get one do to their lack of practicality. Someone who wants to have fun, but might have a dog or a small family or has too active of a lifestyle to get a small sports car. So the X4 is for people who are one that line between wanting a sports car and needing an SUV. It’s stylish, fun to drive and can come with either a 2.0 liter turbocharged engine or a 3.0 liter turbocharged inline-six cylinder engine. There’s also an X4 M40i on its way that packs a more powerful turbocharged I6 engine and sportier suspension for those who really want to have some fun. 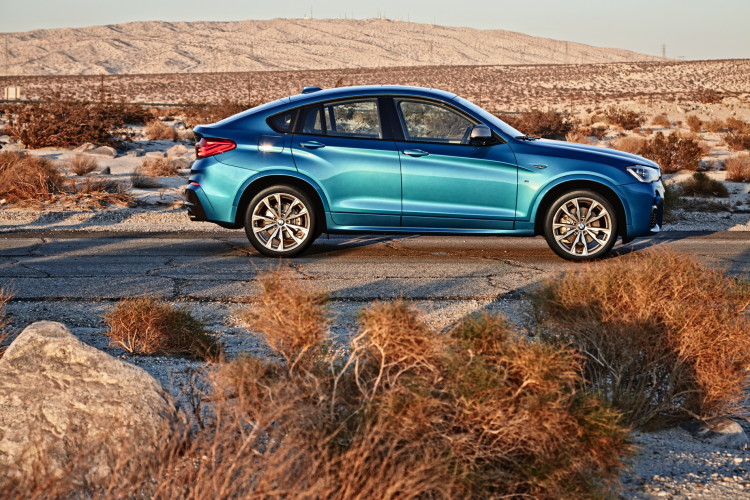 BMW X5: This is the SUV that started it all for BMW. Now in its third-generation, the BMW X5 is the more grown-up of the Bavarian SUVs. It is a full-sized SUV and has optional seating for seven as well as an extremely comfortable and luxurious interior. Due to the X5’s size, luxury and price, it’s typical customers are older folks, in their mid ’50s, who either have relatively grown children or are just looking for a luxurious SUV. Being that it’s starting price is $53,900, it’s typically not in the price range of younger buyers. The X5 comes in either rear or all-wheel drive, has a variety of engine options ranging from 2.0 four-cylinder gasoline engines engines to diesel engines and there’s even a plug-in hybrid model. The X5 is generally for families who can afford the luxury can comfort of a full-sized luxury SUV. 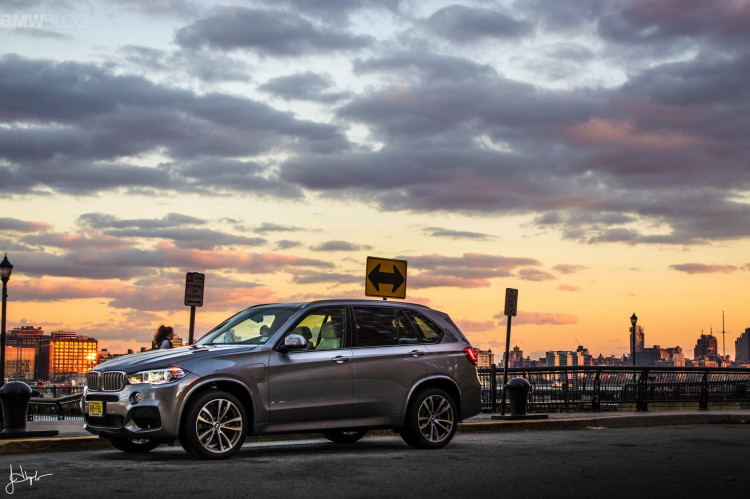 BMW X6: The X6, like the BMW X4, is a bit of an oddity. It’s similar in size to an X5, yet suffers significantly in rear headroom and cargo space to the X5. This is due to its stylish body, again. The coupe-like SUV body of the X6 is very good looking and much sportier than that of the X5. So the X6 is typically for an older crowd that doesn’t need to chauffeur kids around anymore and wants something a bit more interesting than an X5. The X6 also drives and handles a bit sportier than the X5 and is a bit more fun. So this is typically the car a usual X5 buyer gets once their kids move out of the house. Also, the only powertrain options the X6 has are the 3.0 liter turbocharged inline-six or a twin-turbocharged 4.4 liter V8. It’s available in either rear or all-wheel drive and has a variety of luxury options. So the BMW X6 is for someone who wants size and luxury but is willing to sacrifice some space and practicality for looks and fun. 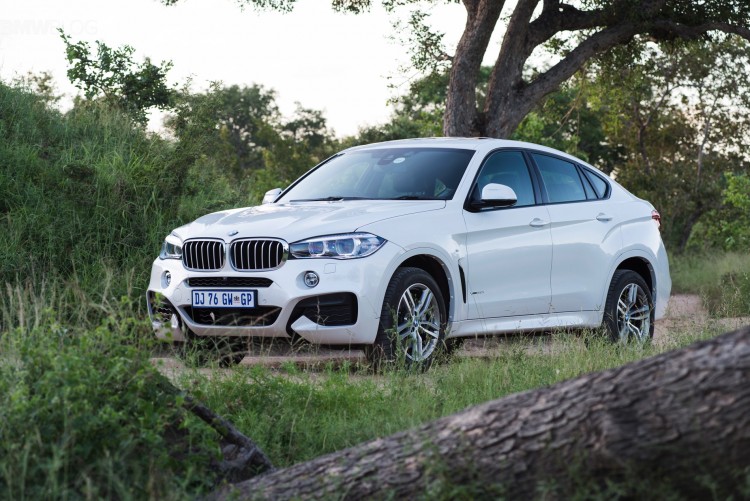 BMW X7: So the X7 isn’t out yet and won’t be until 2018, but we can still provide some insight for folks who are looking forward to it. For a long time, BMW hasn’t had a true competitor for the Mercedes-Benz GLS Class (previously just called the GL). The GLS is a true seven-seater SUV, while the X5 is a five-seater with optional third row seats. The GLS is also much bigger and a bit more luxurious, considering its larger price tag. So BMW is going to be creating a competitor for that with the upcoming X7. We don’t have any official word on powertrains or luxury options, but expect a full-sized luxury SUV with comparable size to the Mercedes GLS and a variety of six and eight-cylinder powertrains. There may even be a plug-in hybrid model as well. So if a massive full-size luxury SUV, with BMW 7 Series levels of luxury, sounds right for you, then just wait a couple of years and BMW will provide it to you.

BMW X5 M and X6 M: Lunatics. That’s who these cars are for. Wonderful, brilliant lunatics. The M variants of the X5 and X6 are simply insane. Packing 570 hp from twin-turbocharged 4.4 liter V8s, these mammoth SUVs are able to rocket from 0-60 mph in under four seconds, which is sickening for vehicles weighing over 5,000 lbs. They also drive and handle like some of the best sports cars on the market. If you want a massively expensive (we’re talking six-figure price tags, here), incredibly powerful SUVs with violent performance than you A.) Might need a psychologist B.) Are among the many crazy people here at BMWBLOG and C.) should buy a BMW X5 or X6 M because they’re amazing. 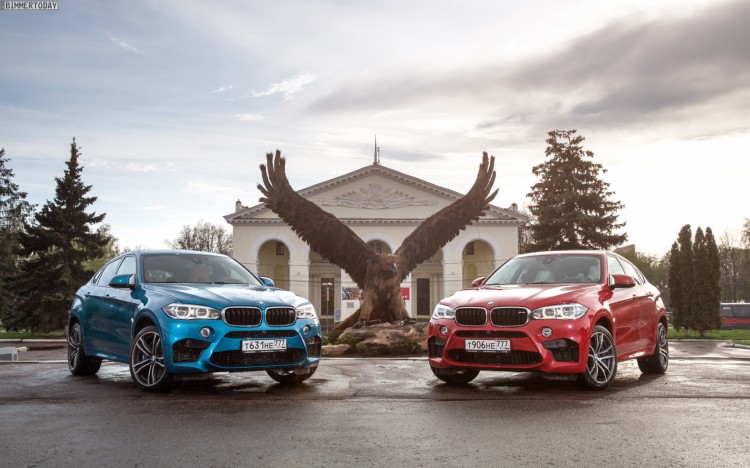