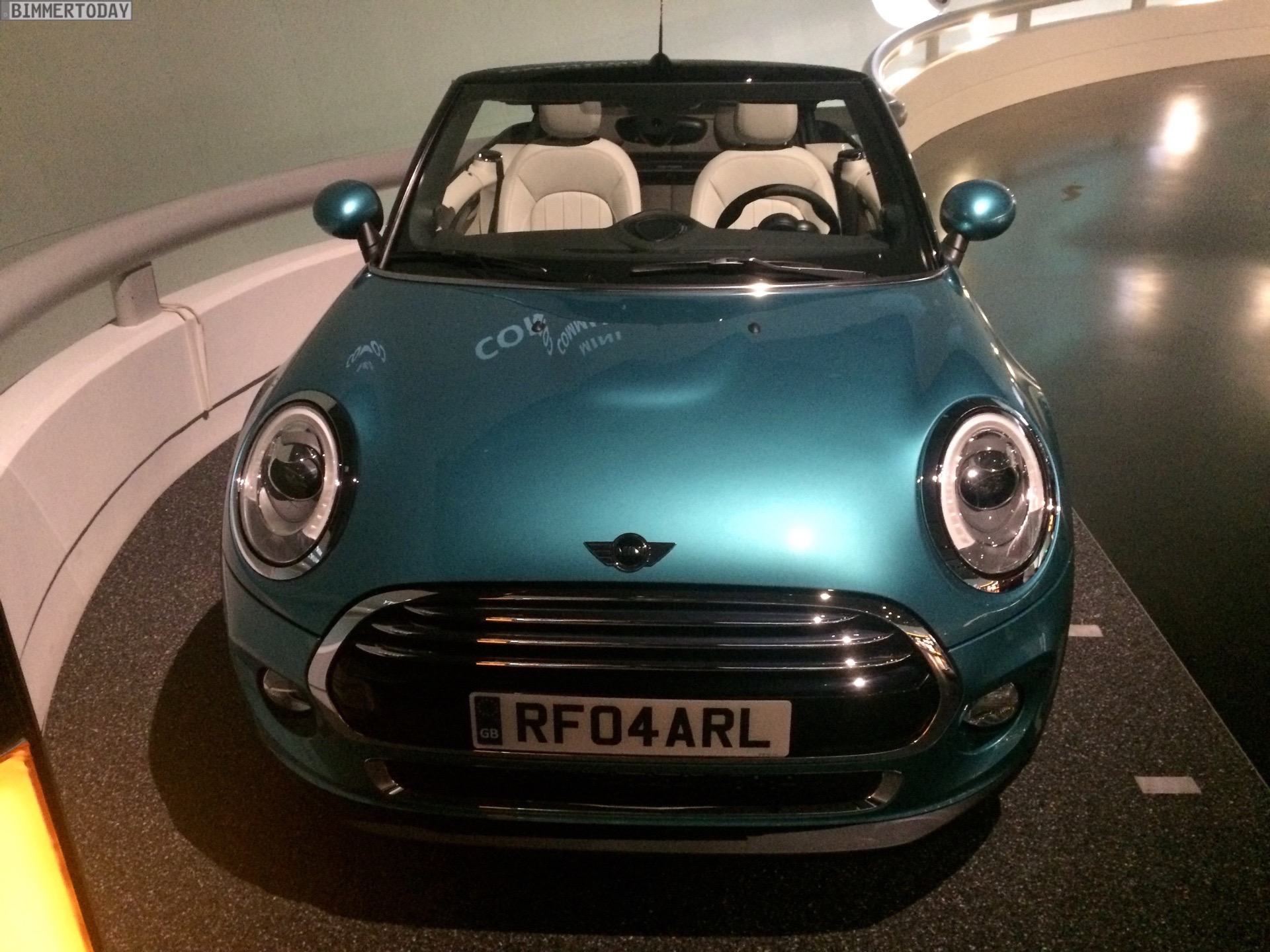 After its debut in Tokyo and LA, the new MINI F57 Cabrio lands in the BMW Welt in Munich glowing in a new exterior color – Caribbean Aqua – which will initially be available exclusively for the convertible.

Available starting next March in Cooper and Cooper S variants, the 2016 MINI Cooper convertible is built upon BMW’s front-wheel drive platform and – just like the hardtop – powered by three and four cylinder engines.

The new Convertible is much larger than its predecessor. It’s 4.5 inches longer, 1.7 inches wider and nearly a full inch taller than the outgoing model. The wheelbase is 1.1 inches longer, and both the front and rear track are almost two inches wider. The luggage volume is up roughly 25 percent, to 7.6 cubic feet with the Convertible top up – 5.7 when it’s down. 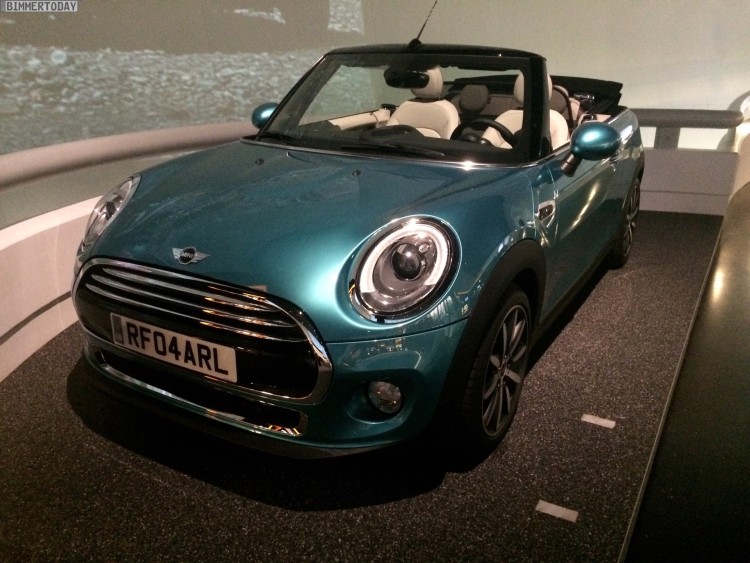 MINI’s new convertible retains the fabric roof with wide C-pillars and roughly the same roofline as the hardtop.

The entry-level MINI Convertible is powered by a 1.5-liter, turbocharged engine offering 134 horsepower, 162 pound-feet of torque, and a 0-60 time of 8.2 seconds with the automatic and 8.3 seconds with the manual. For the Cooper S, the 2.0-liter, turbocharged four-cylinder outputs 189 hp and 207 lb-ft of torque, along with 0-60 times of between 6.7 and 6.8 seconds, depending on the transmission. A standard six-speed manuals and optional six-speed automatics are offered. 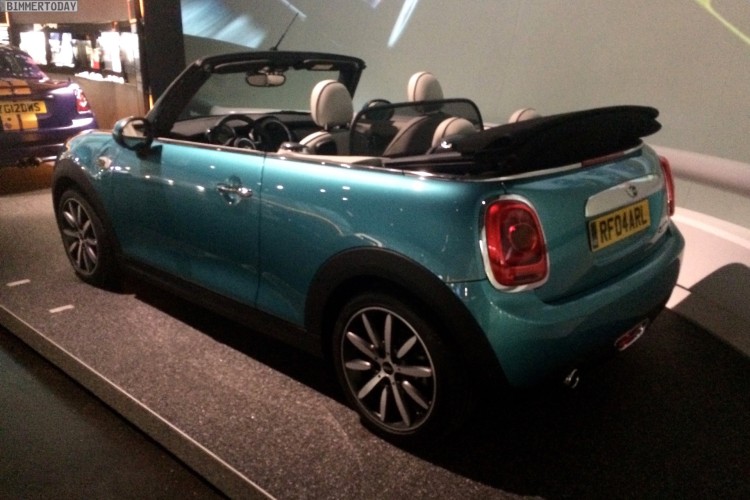 BMW will officially start selling the Cabrio in March 2016.