This Estoril Blue BMW F30 328i gets some visual upgrades

Home » This Estoril Blue BMW F30 328i gets some visual upgrades 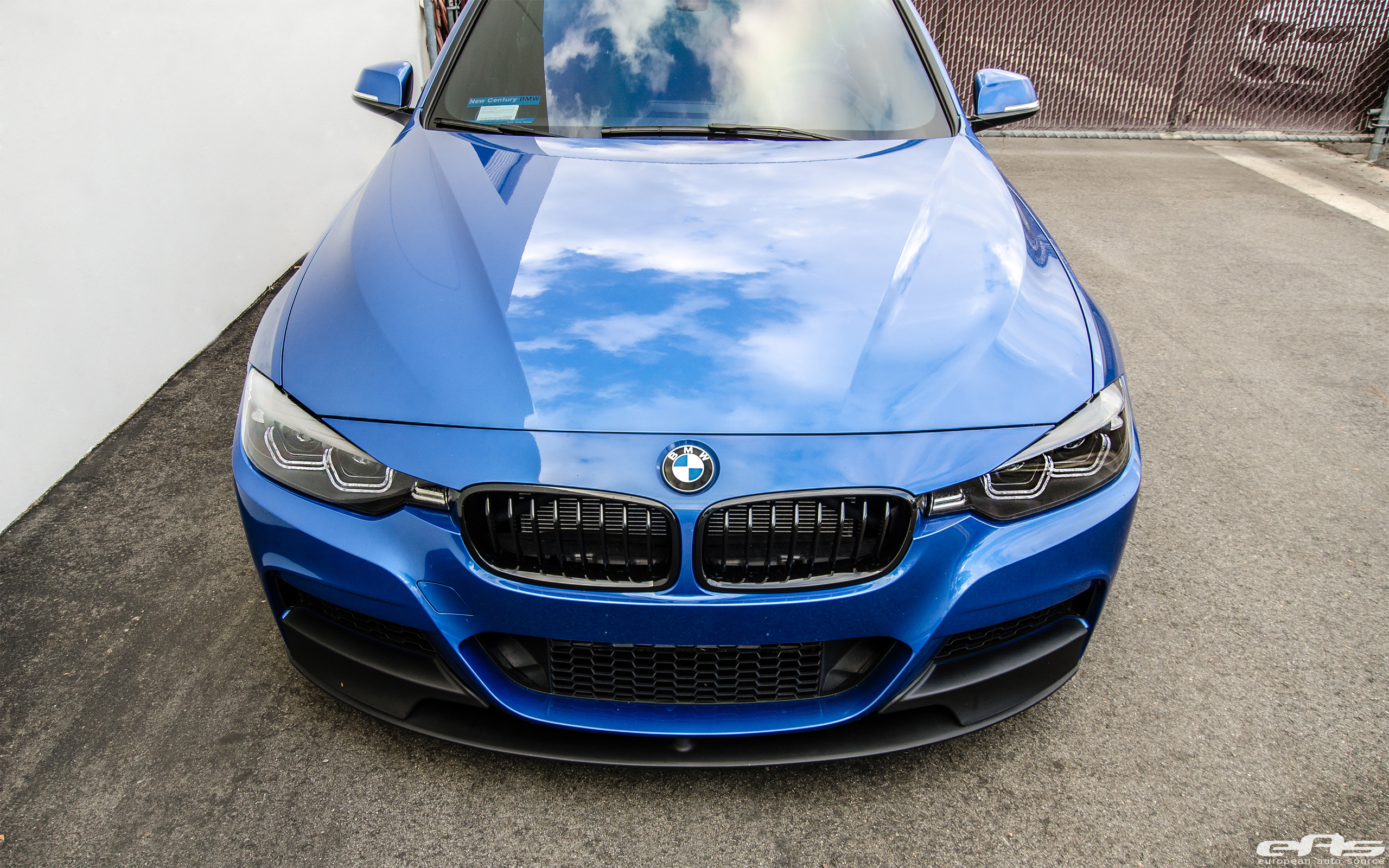 When choosing the perfect color for the BMW F30 3 Series, one definitely needs to be on the list – Estoril Blue. The beautiful blue shade is often associated with M Sport Package and has been the show color for many M Performance Automobiles.

The owner of this BMW 328i decided that the Estoril Blue exterior needed to be matched with some aftermarket parts so he took the vehicle to European Auto Source. The tuning company installed a set of VMR V803 wheels wrapped in Hankook Ventus V12 EVO2 tires, giving the sedan an aggressive look. The car was lowered, ensuring the brand new wheels work perfectly with the vehicle’s exterior, but also give it an aggressive stance. 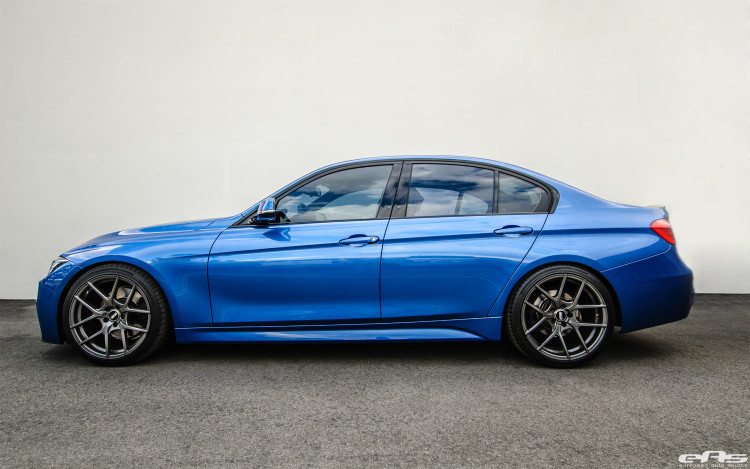 With the M Performance front splitters, a lip spoiler and a trunk spoiler, the exterior was perfectly accentuated and looks impressively clean. The naked carbon fiber on these parts adds the motorsport inspired theme, giving the vehicle just that much needed subtle sporty touch. The carbon graphite finish on the wheels is perfectly joined by these aero parts. With the addition of the rather stylish Eagle Eye headlights, the build is completed as far as exterior mods are concerned. 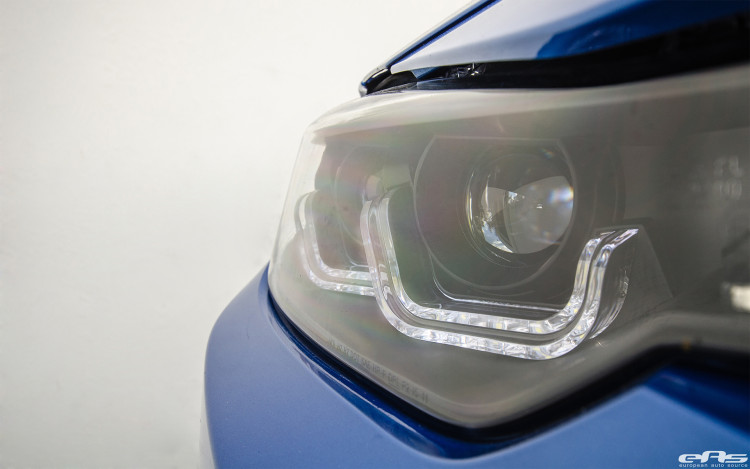 To improve the vehicle’s sound, the Evolution Racewerks downpipe system was installed. This gives the car a more appealing sound note and a better throttle response. Additionally, using a Remus muffler and a custom weld job, the owner of this vehicle was given the M Performance style exhaust system, setting off the car perfectly in both aesthetics and sound note appeal.

A carbon fiber front splitter and rear spoiler round up the visual  upgrades.

Check out the full build gallery in the media gallery below. 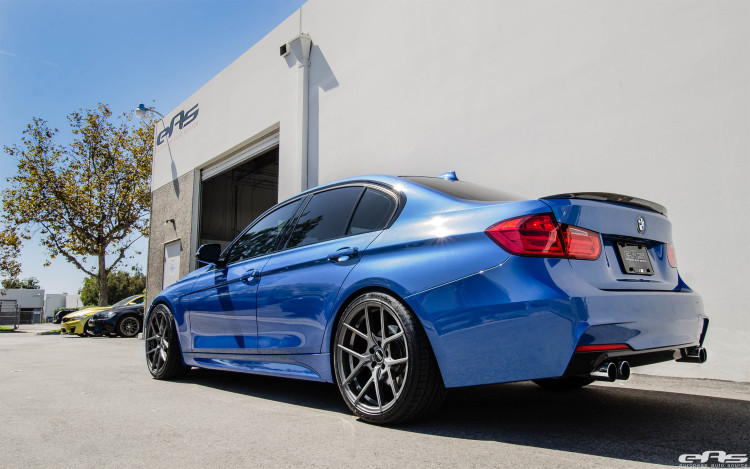 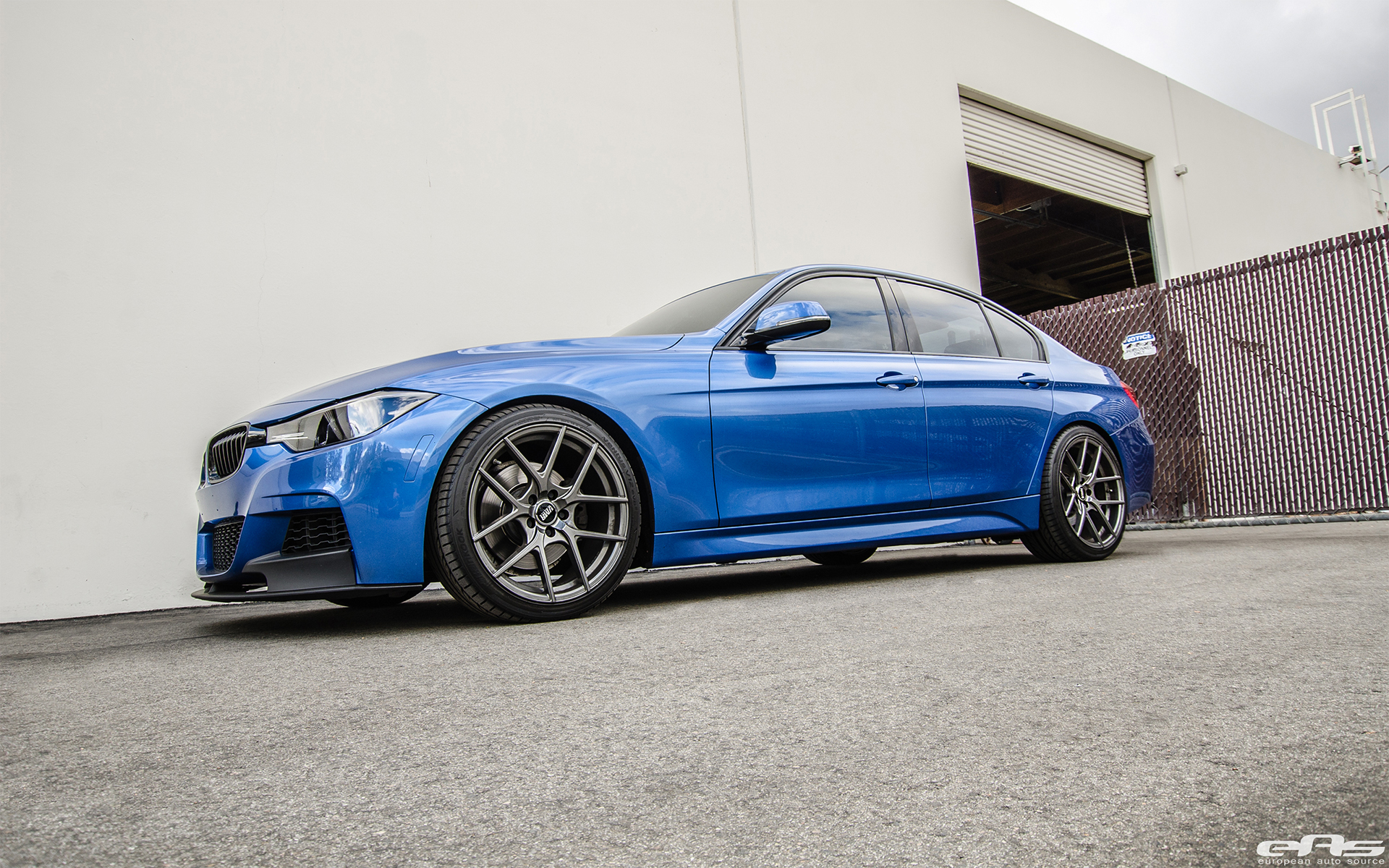 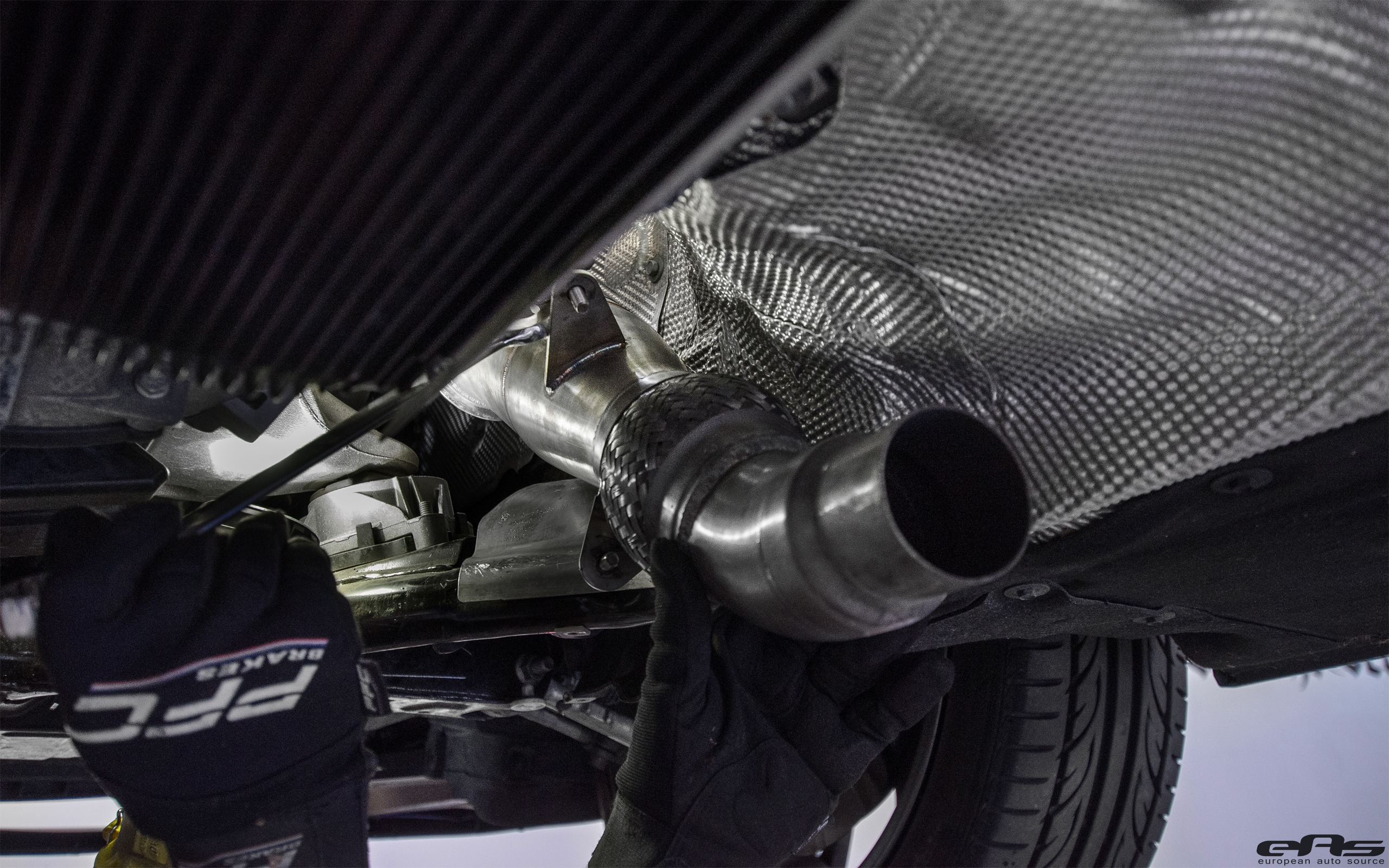 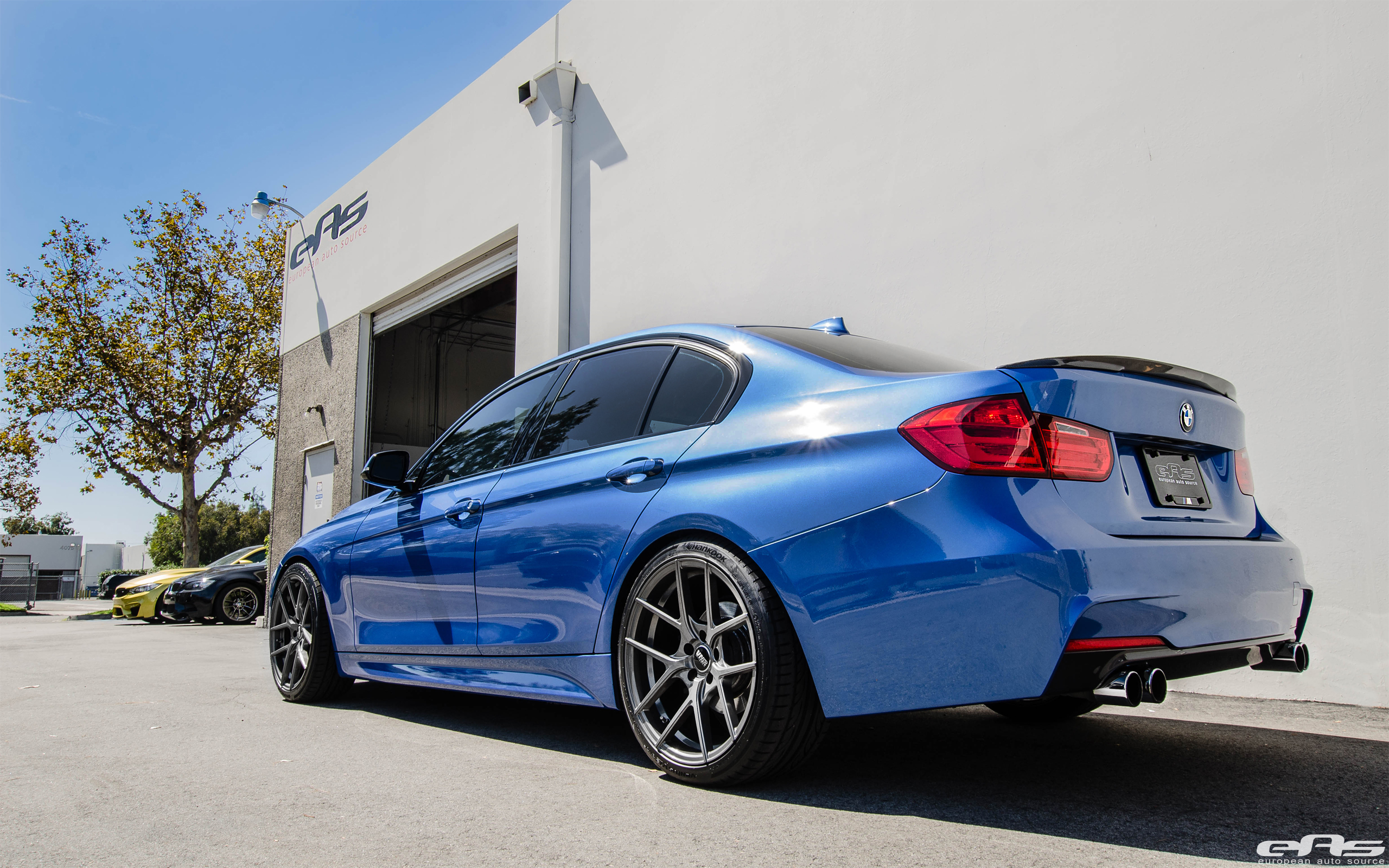 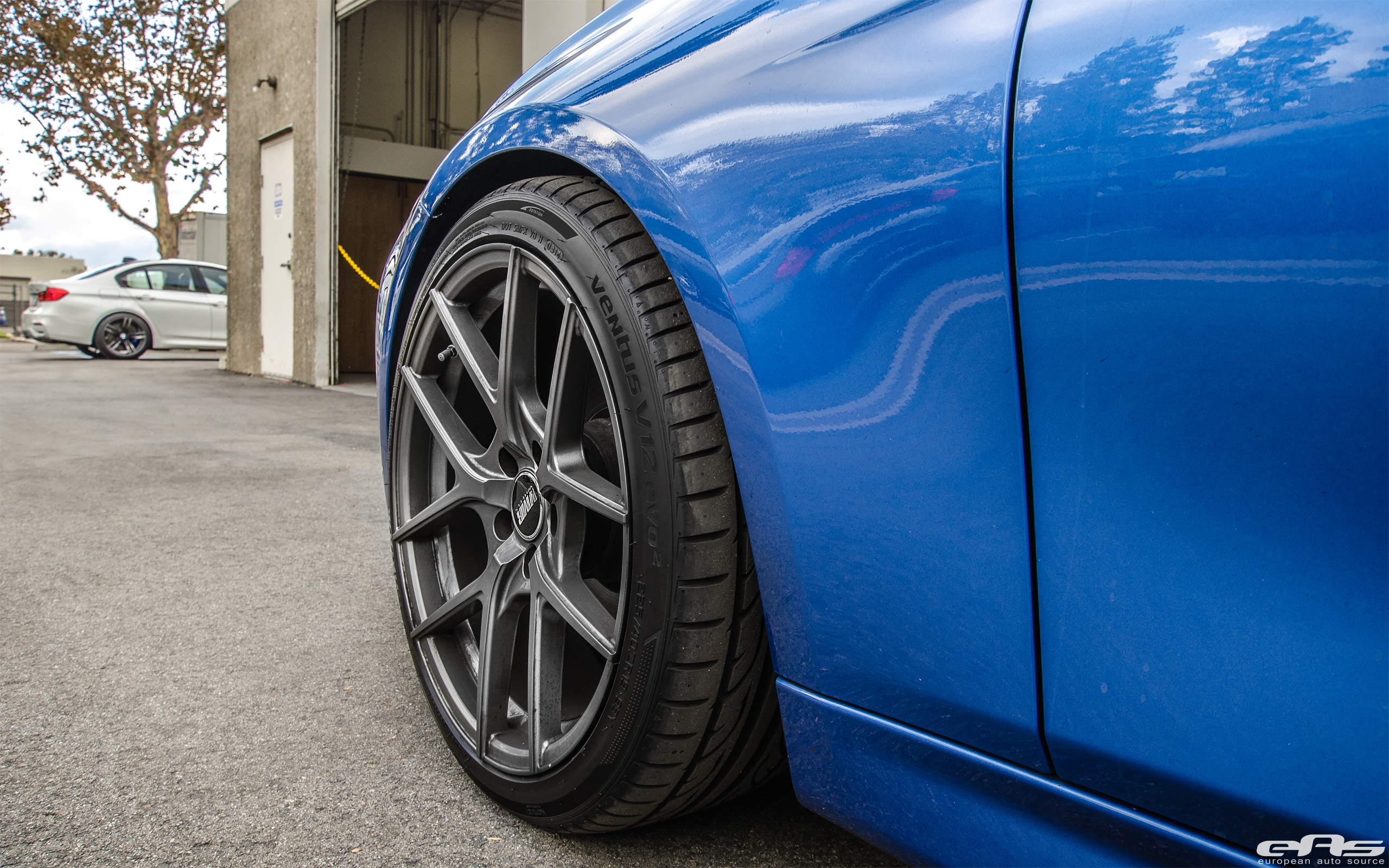 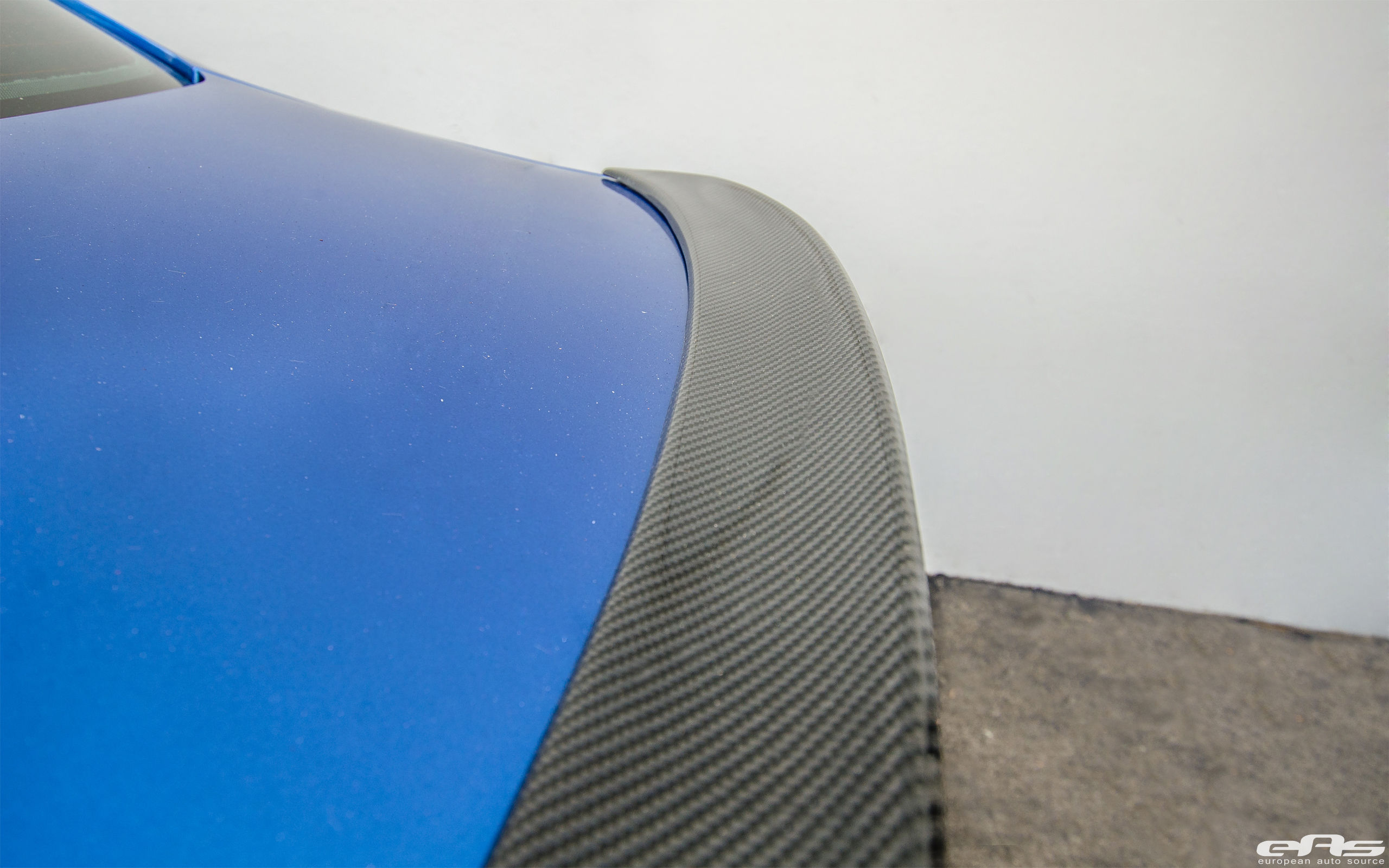 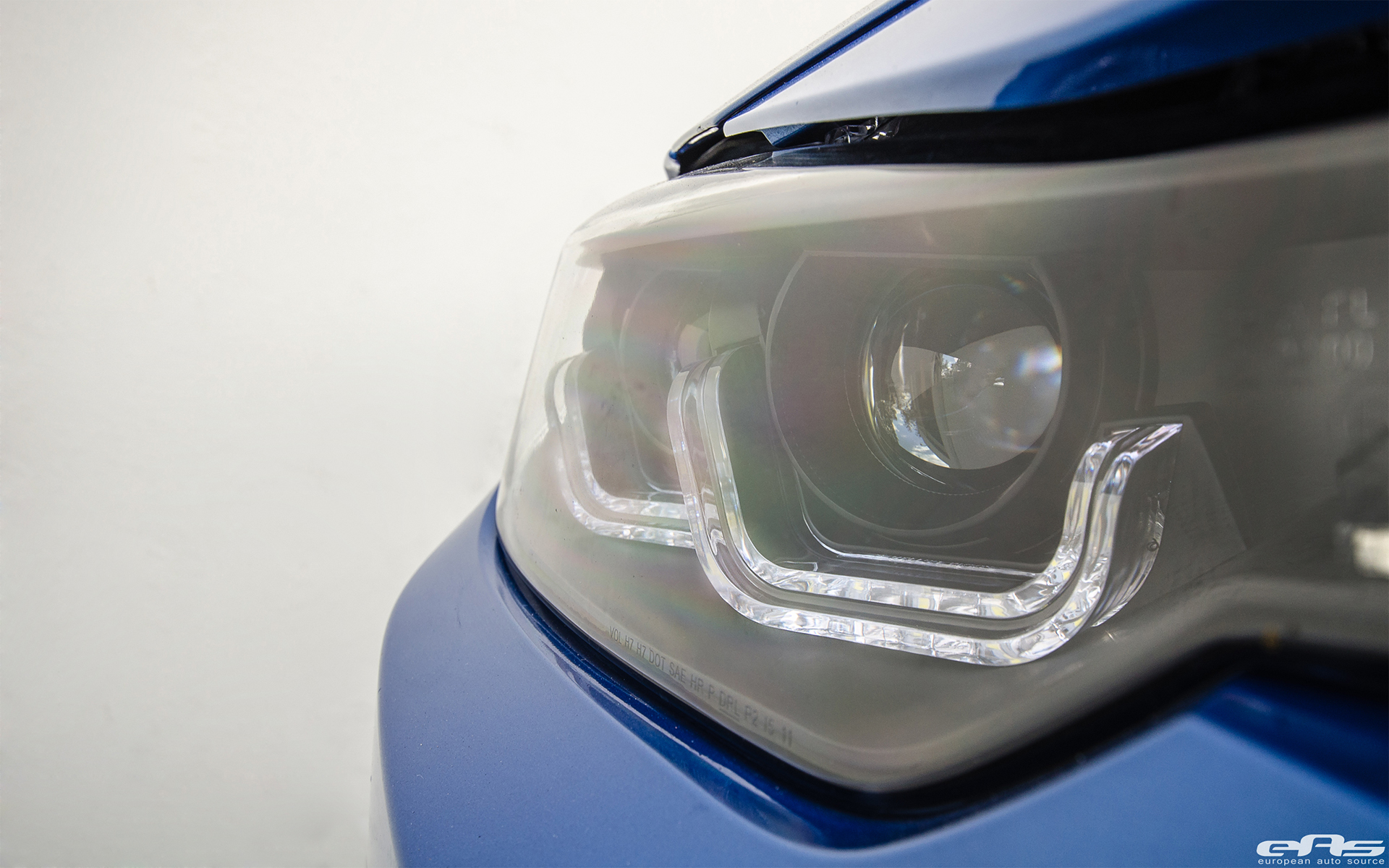 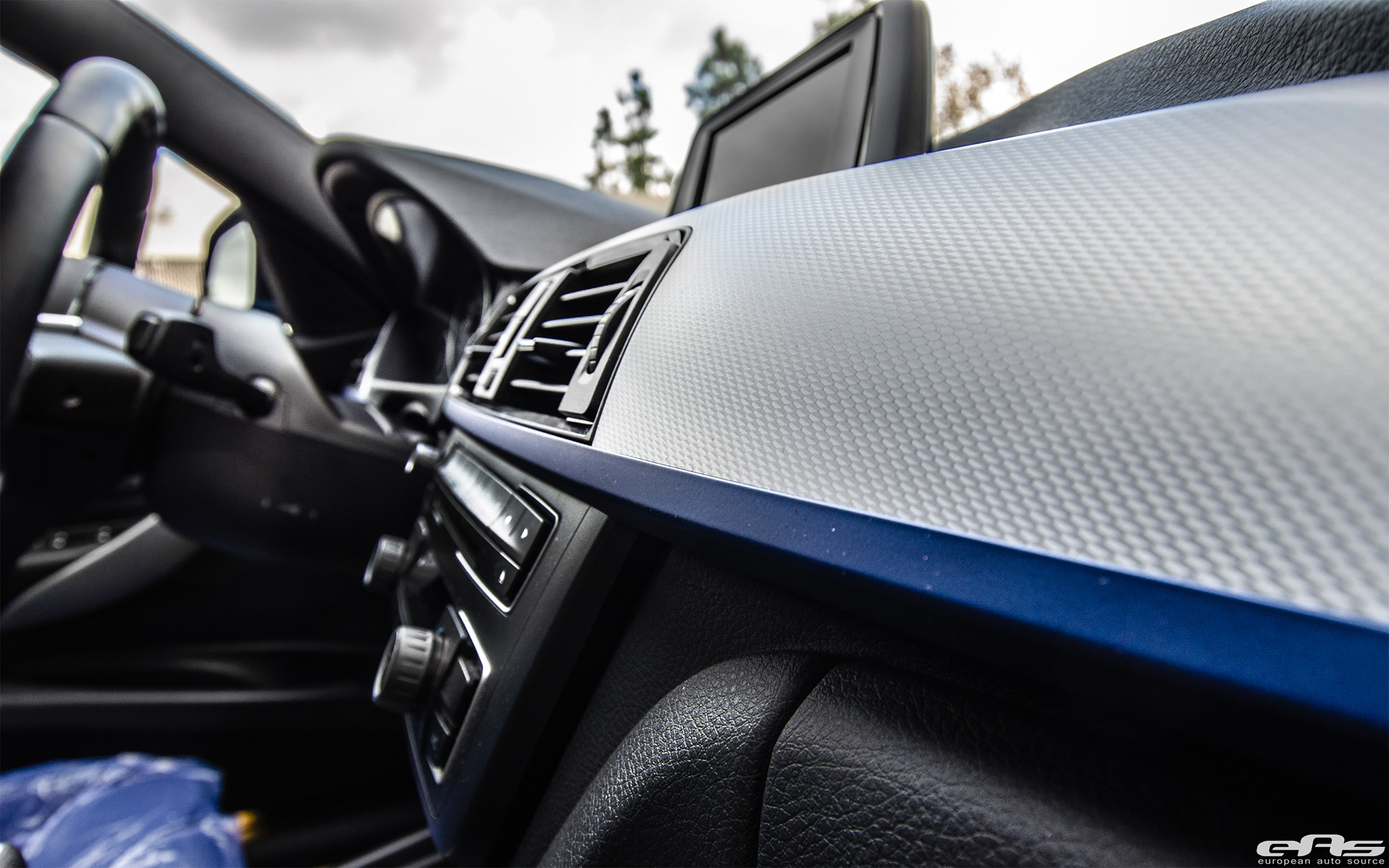