We’ve all read the news about the recently announced BMW M2, the spiritual successor to the BMW 1 Series M. It’s possibly the most exciting BMW to be released in years. There hasn’t been this much hype about a BMW since, well, the 1 Series M. So you can imagine that fans and enthusiasts are chomping a the bit to get their hands one the wheel of one of the very limited M2s. For the lucky folks who are going to be purchasing an M2, and even for the enthusiasts who like to dream, building your perfect M2 is something that’s likely done daily.

We enthusiasts like to do that quite a bit and the Build A Car functions on all automaker’s websites are probably used by enthusiasts dreaming of their perfect car far more often than people actually looking to figure out which kind of car to buy. So it’s no surprise that many of us would be on the BMW M2’s builder, trying to figure out how we’d configure it if we sell a vital organ or possibly a young child. Unfortunately for us dreamers, and the lucky folks who are actually getting an M2, there’s a curious lack of options for the M2.

The BMW M2 only gets four choices of colors, one choice of interior color, one choice of wheels and one choice of trim, as of now. There is actually quite a long list of other options, but many of them seem as if they will be standard and the rest will likely be joined together as part of available packages. But the only options customers will really care about are color and transmission. But let’s try and build our perfect M2 anyway, despite the lack of much choice. There will also be some M Performance parts available as options, like a steering wheel with shift lights, a black grille and some other bits. 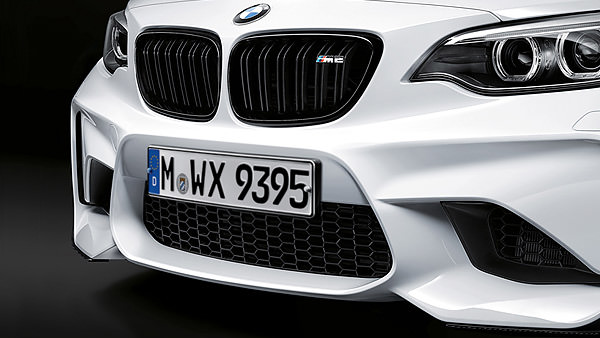 We recently spoke about how the M2 only comes in four color flavors, and only one is any exciting. Alpine White, Black Sapphire Metallic, Mineral Grey Metallic and Long Beach Blue are the four color options. The Long Beach Blue is the only color that vaguely resembles anything close to an M color, like Yas Marina Blue, but I think if I were to choose, I’d go with Alpine White. There’s something really pure about how white looks on the 2 Series. It looks great on the M235i, and I personally like it on the 1 Series M as well, so it looks good on the M2 as well. Plus M engineers claim that Alpine White is the best color for M cars because it shows off the lines better. Plus it will look good in contrast to the mandatory Black Dakota leather interior.

As for transmission options, it’s actually a bit tricky. The M2 comes with either a six-speed manual or a seven-speed DCT. While at first glance, it’s an easy choice — the manual. However, upon closer inspection, the DCT might be the better option. The DCT would allow that brilliant engine to unlock all of its performance and put the DCT within M4 levels of performance. It would also be easier to live with in traffic. However, the M2 is the return of cars like the 1 Series M, and even the E46 M3, so its throwback style would fit a manual better than a DCT. Plus the M2 doesn’t seem to be about performance figures as much as it is about fun and manuals offer more fun than DCTs. I think I’d have to go manual for the latter reasoning, as the M2 is about pure unadulterated fun, performance figures be damned. 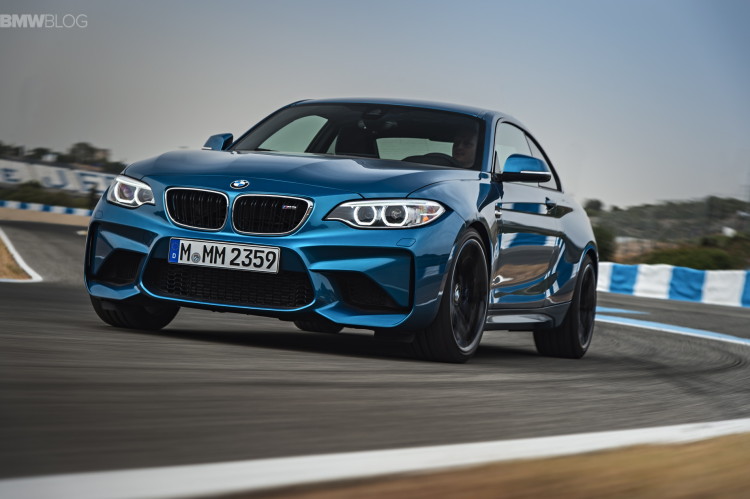 I’d also add some small options like the Harmon and Kardon sound system, heated seats for those cold NJ winters and I’d add the sunroof. I know, the carbon fiber roof removes weight from up top, thus lowering the center of gravity and giving the car slightly sharper handling. But at the end of the day, the BMW M2 is a road car and the sunroof is more enjoyable to have than a carbon fiber roof during the daily drive. I’m not earning my living with millisecond differences in lap times so I can live with the extra weight. Plus, carbon fiber roofs can look a little bit boy-racer-ish.

So that’s my perfect BMW M2 that I will dream about while holding onto that lottery ticket as I nod off at night. How would you configure your perfect BMW M2, and by configure I mean which color and which transmission would you pick?

2 responses to “Build your BMW M2”