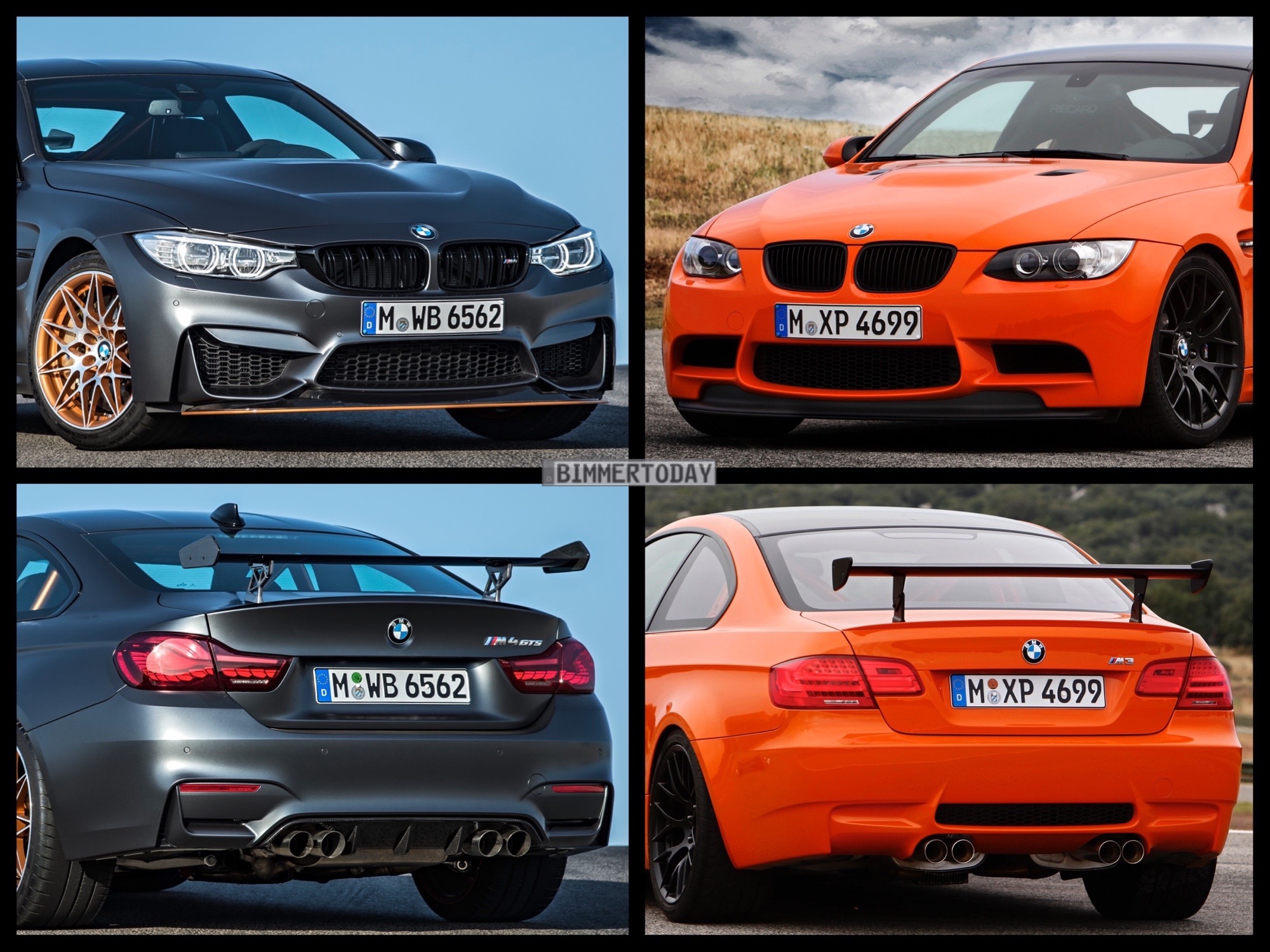 The new BMW M4 GTS sets the course for BMW M for a long series of Special Models based on the current middle-class athlete. In a recent interview, M boss Frank Van Meel hinted at the possibility of limited edition models to compete with similar offerings from the Mercedes-AMG Black Series. The new M4 GTS is here to pave that road.

But before the M4 GTS, BMW built another GTS edition, the E92 M3 GTS  which was launched in 2009 and went on sale the following year. Despite some technical differences, they both have in common a radical approach to what a street legal racing car should be and they both deliver impressive track performance. 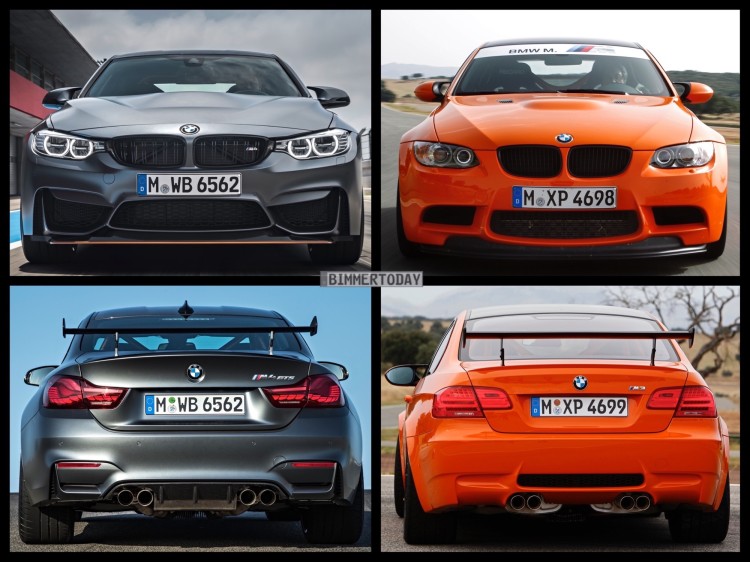 The most important difference relates to the engine; the BMW M3 GTS is powered by a 4.4-liter high-revving V8 – the spectacular naturally aspirated powerplant which won many awards – while the new BMW M4 GTS uses a twin-turbo six-cylinder engine with 3.0 liter displacement. Despite a smaller displacement, the S55 engine in the M4 GTS produces 16 percent more power than the V8 in the M3 GTS, mostly thanks to water injection system. 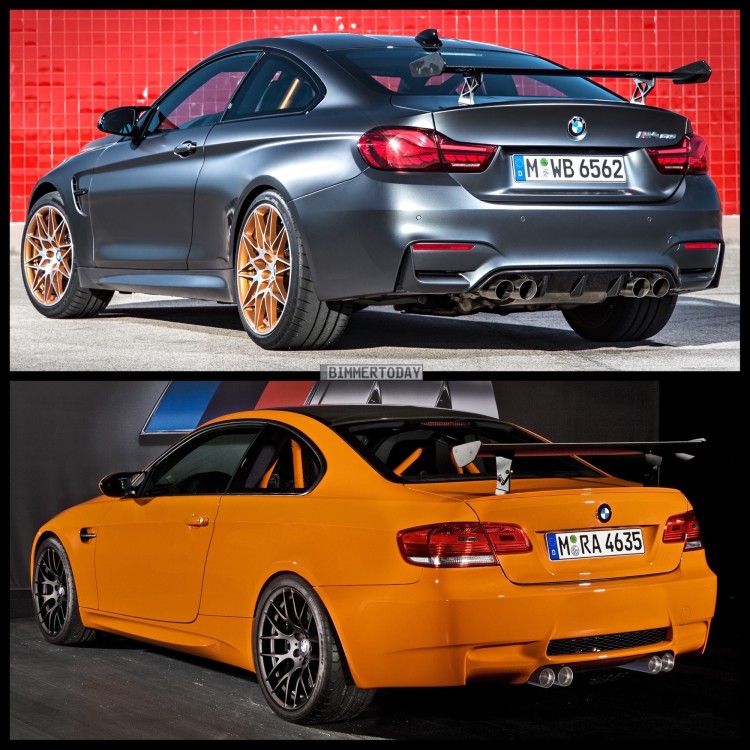 In addition to the power to weight ratio, the chassis development is seems to be far more advanced in the M4 GTS. If we look at the Nurburgring times, the M4 GTS promises a 7:28 minutes lap, 20 seconds faster than the M3 GTS. The sprint to 100 km/h  in 3.8 seconds sets the two apart even further – 4.4 seconds for the M3 GTS. 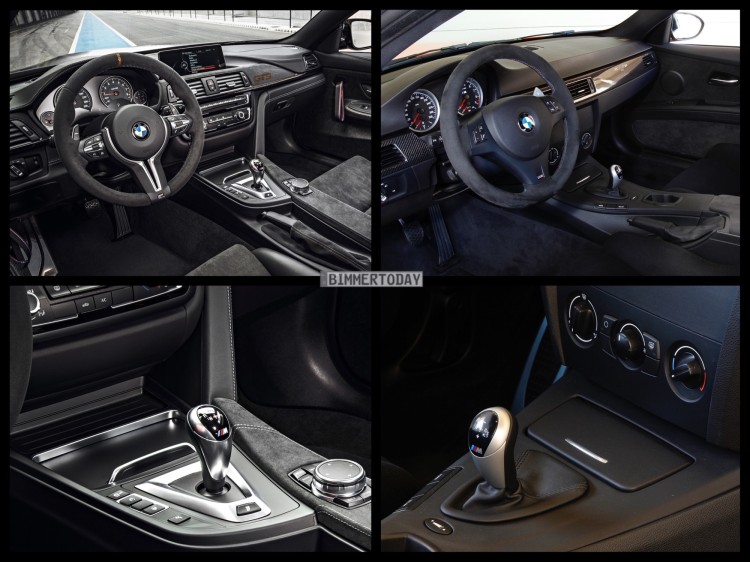 Last but not least important difference is the price. The top M4 sells for 142,600 Euros while the M3 GTS went on sale in 2010 for 136,850 Euros, a price difference which we find acceptable considering all the goodies that come with the M4 GTS.

For those of you that love visual comparisons, we’ve put together a head-to-head photo session between the two super athletes. 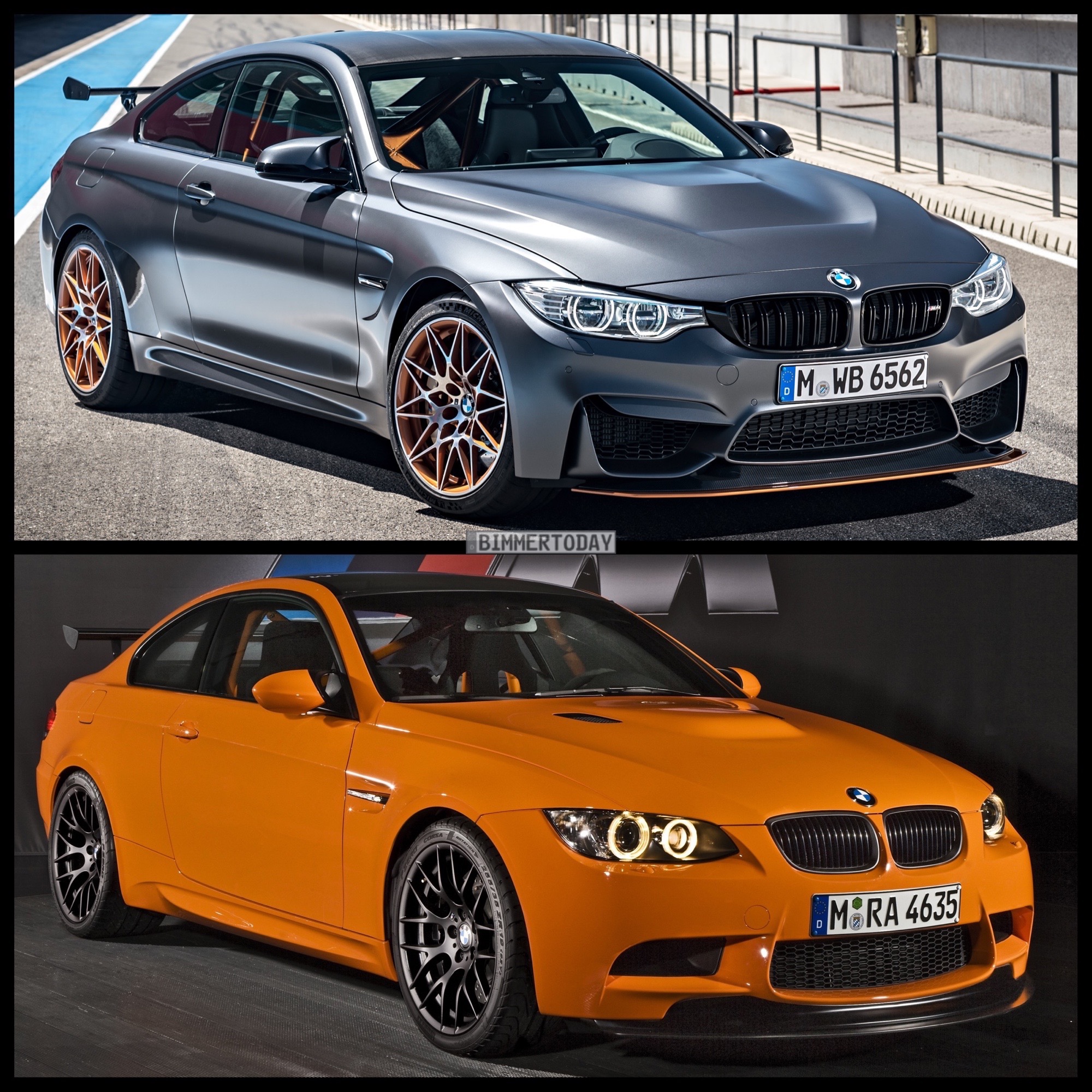 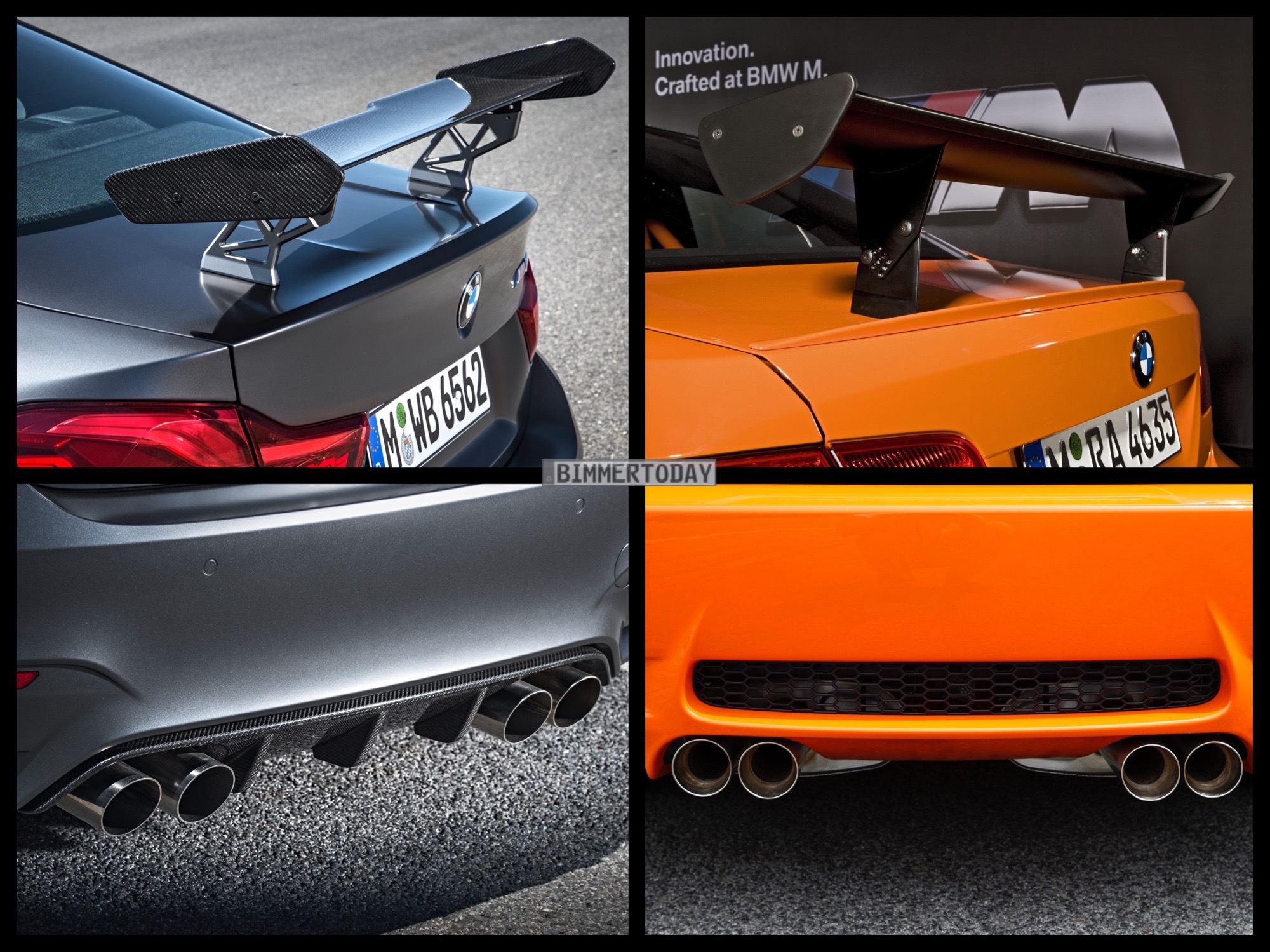 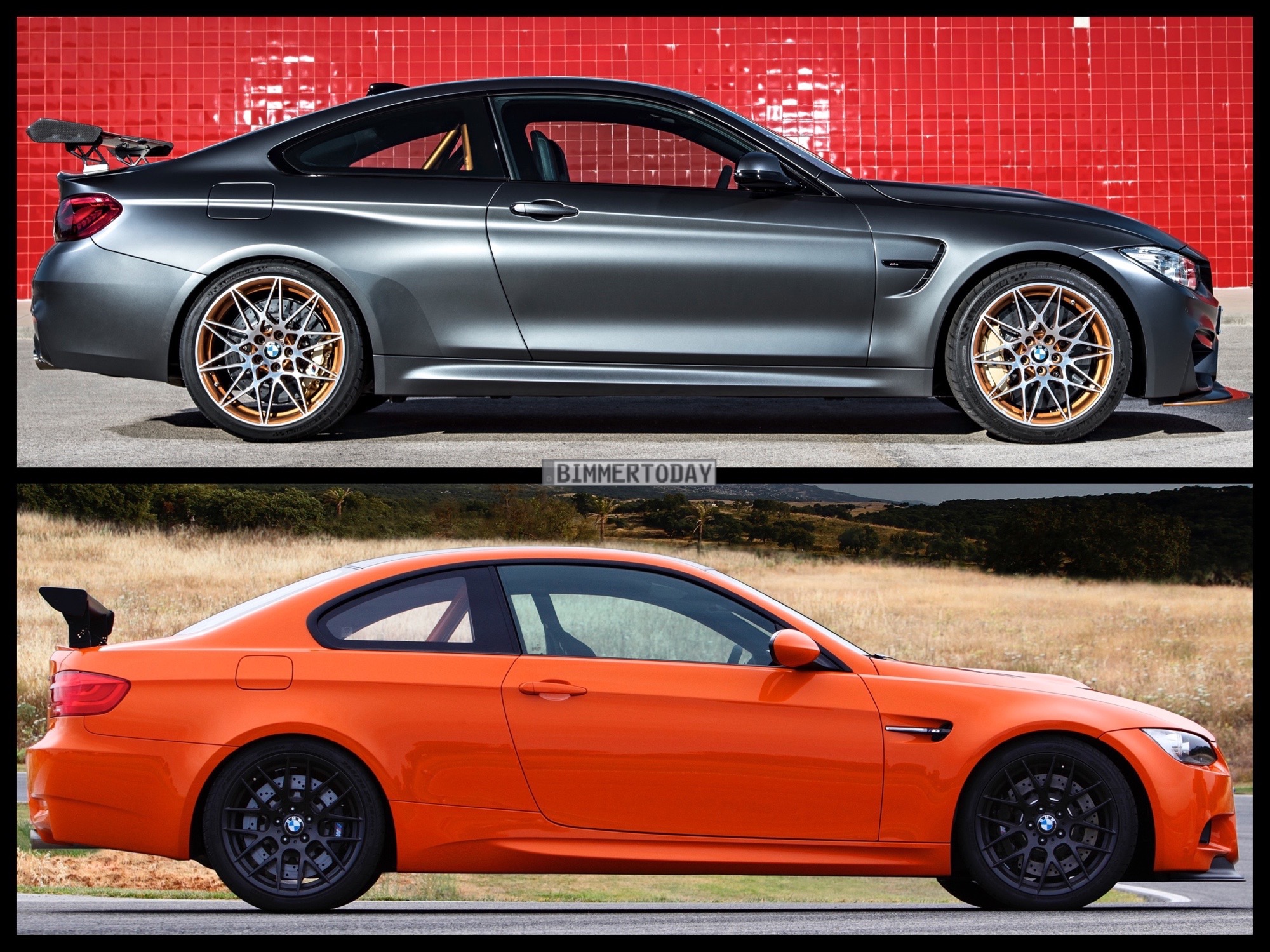 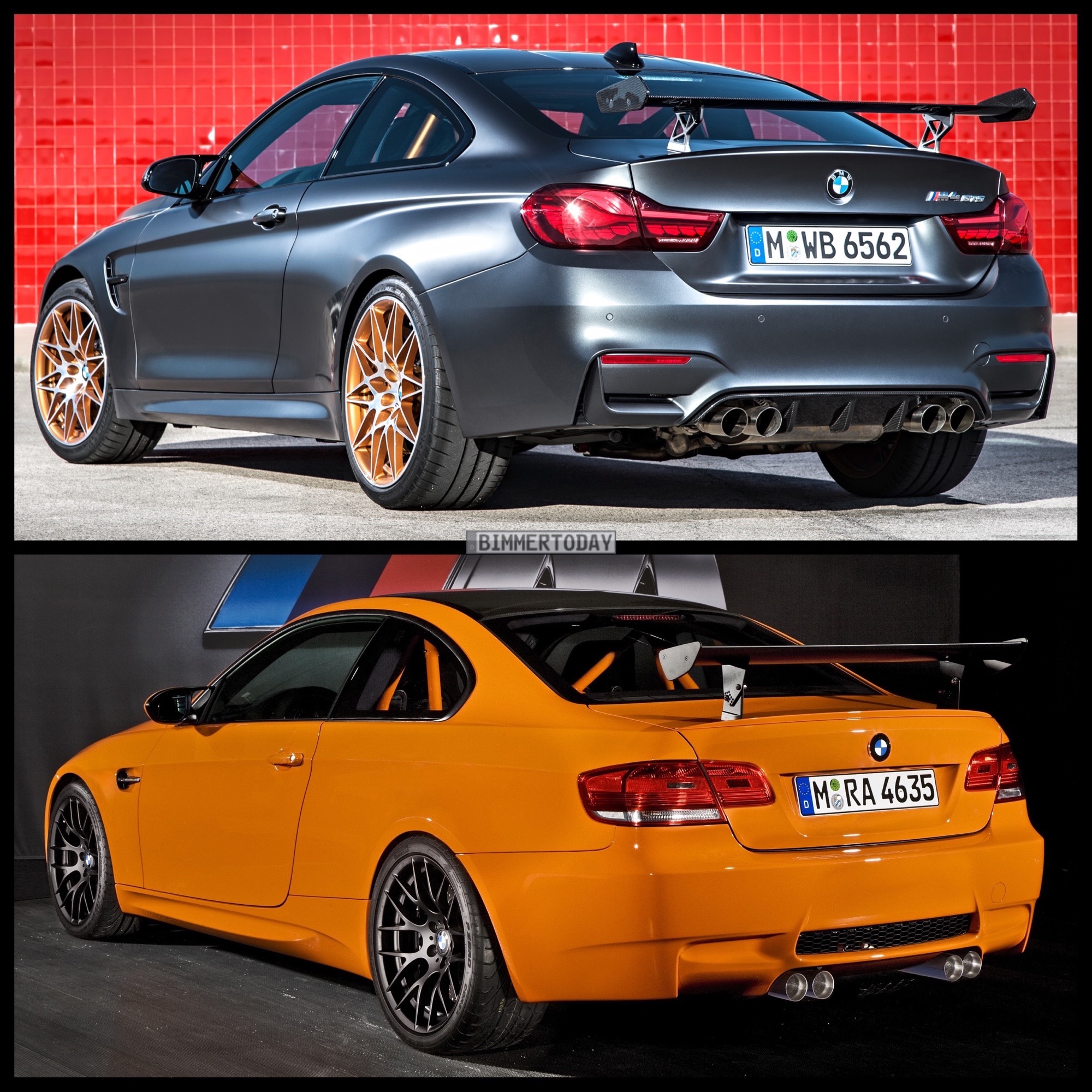 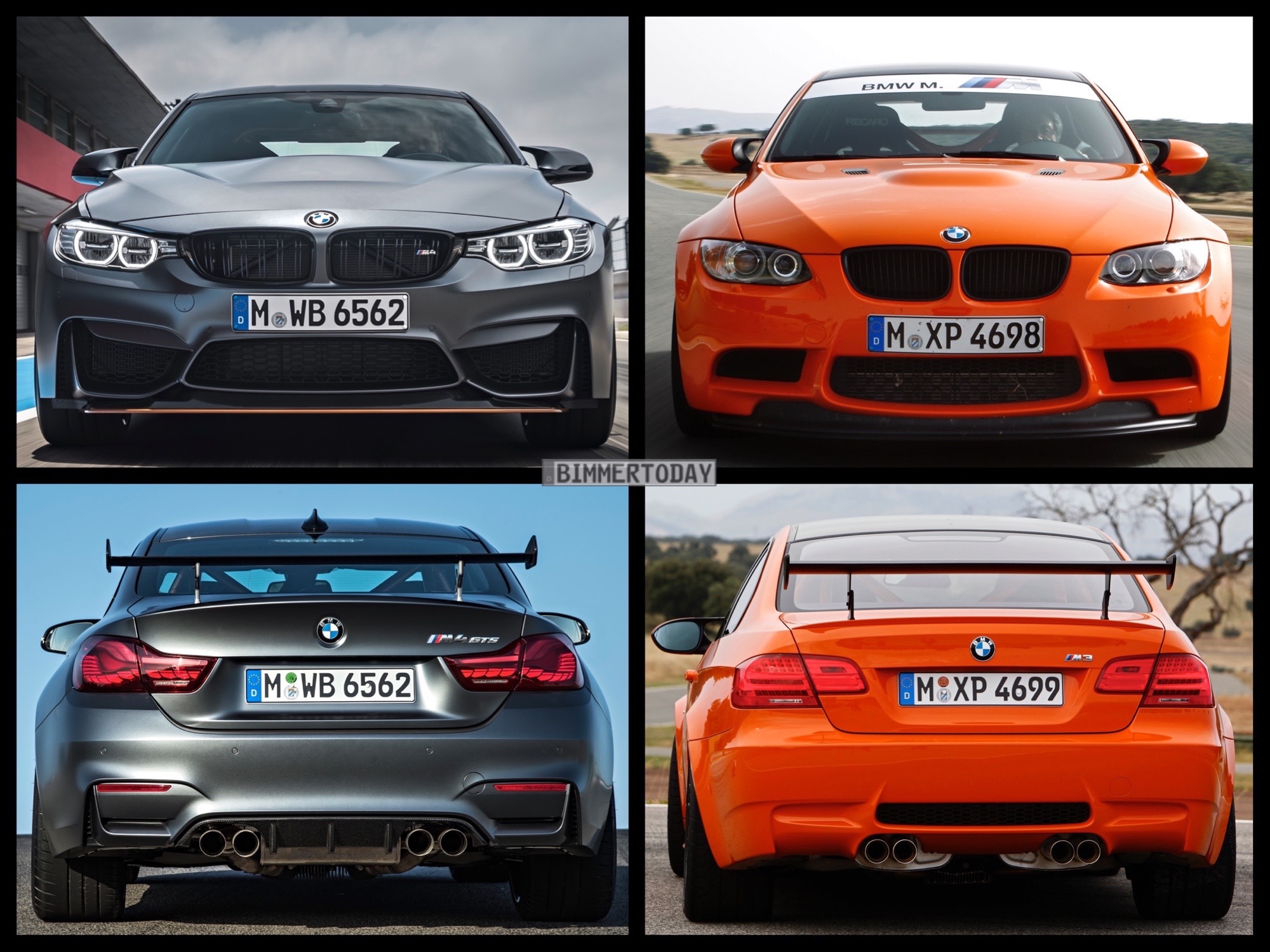 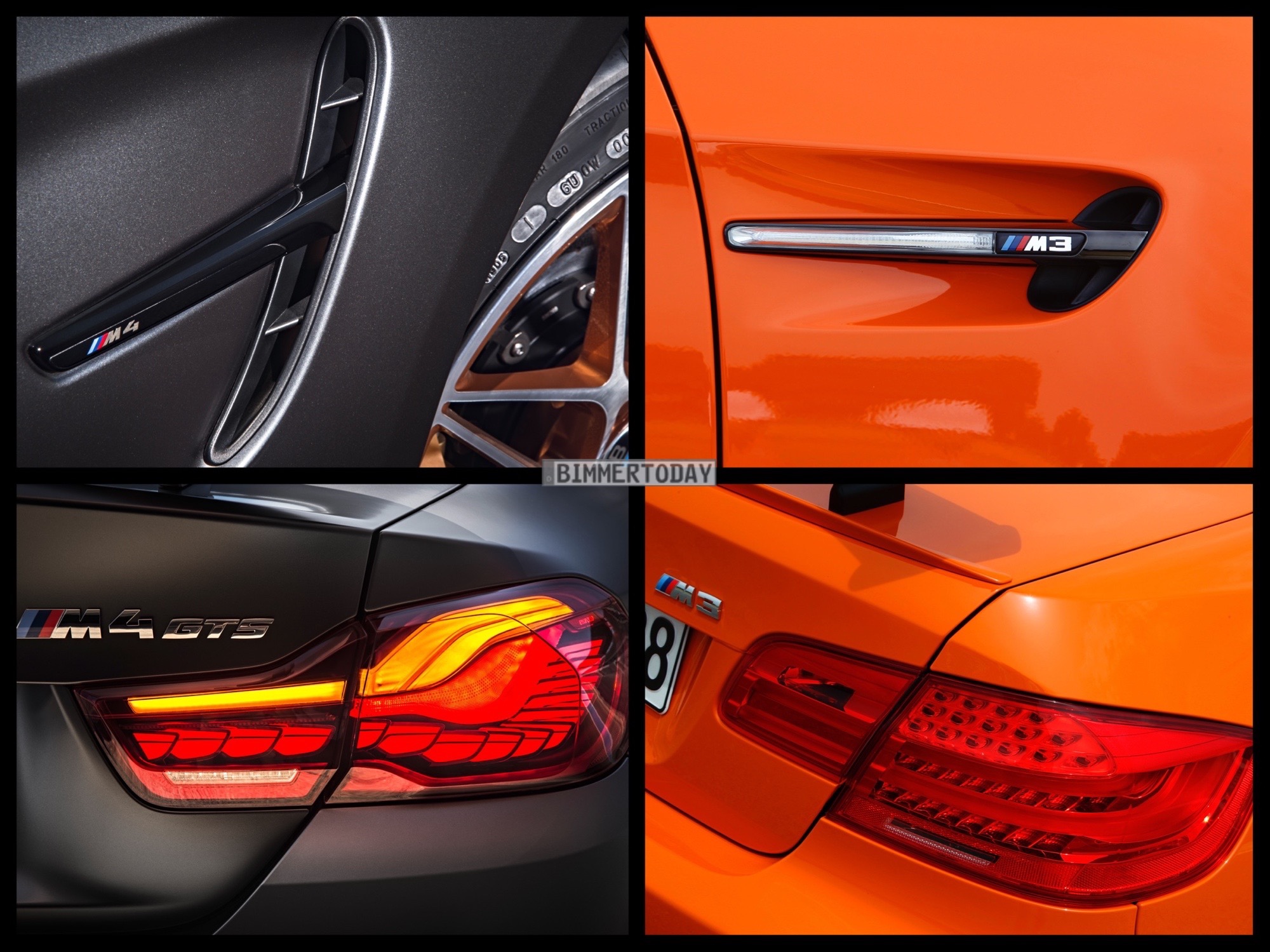