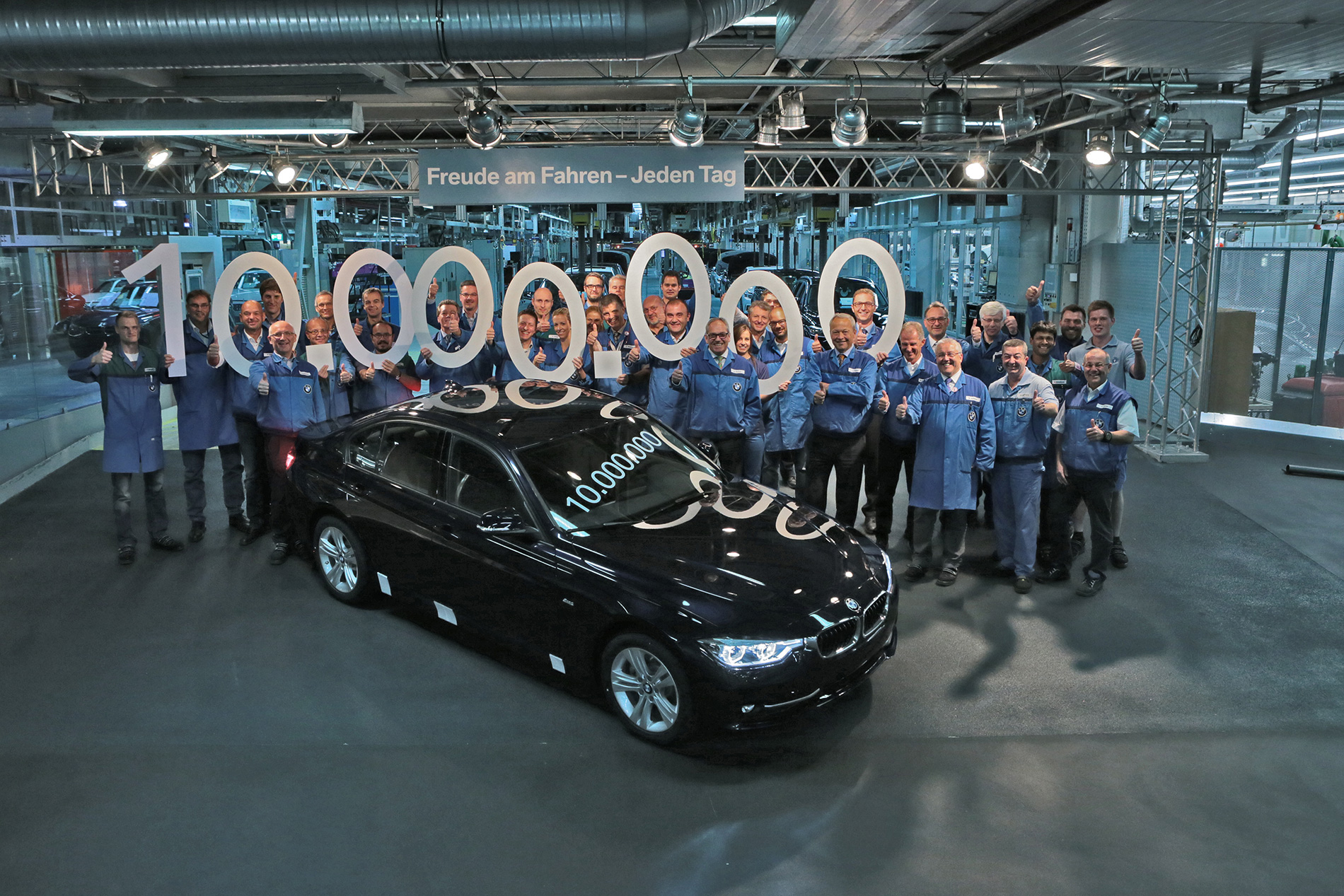 The ten millionth BMW 3 Series Sedan has rolled off the production lines at BMW Group Plant Munich. The landmark vehicle is the latest milestone in the 40-year success story of the BMW 3 Series. So far the BMW Group has produced more than

14 million cars of this model series, more than half of them BMW 3 Series Sedans. Production of the new BMW 3 Series Sedan was launched just recently, in July of this year. The landmark ten millionth vehicle is a BMW 320d in Imperial Blue. 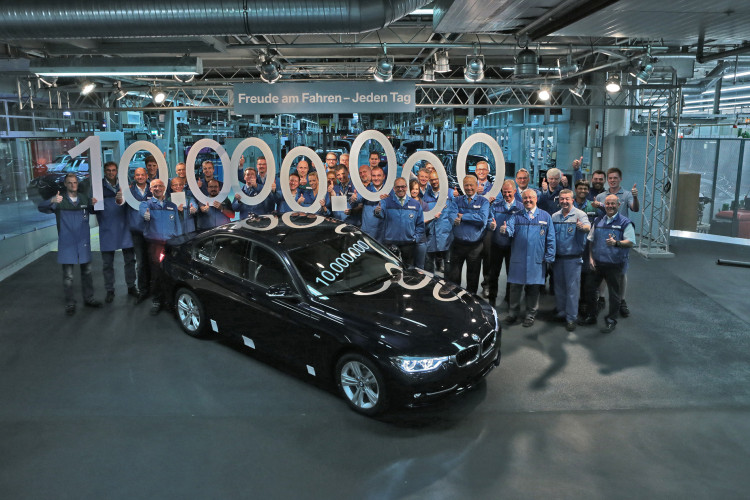 Hermann Bohrer, Plant Director at the BMW Group facility in Munich, commented: “The success story of the BMW 3 Series started here in Plant Munich and is now reaching a very special highpoint here as well. The fact that this landmark vehicle was produced at our plant is a particular honour for us and makes me very proud indeed of my team.”

As the only facility to have produced all six generations of the BMW 3 Series, BMW Group Plant Munich is seen as the leader for all the other facilities producing the same model series. To meet the many requirements of the various generations, the plant had to rise to new challenges each time. The constant modernisation and enhancement of production systems means today’s customers have a multitude of model variants and equipment options to choose from and can tailor their cars almost entirely to their personal specifications.