Is the second-generation Chevy Volt the real deal?

Home » Is the second-generation Chevy Volt the real deal?

When the first-generation Chevrolet Volt debuted, it really was one-of-a-kind. It was high-tech, futuristic and more advanced than the previous hybrid darling, the Toyota Prius. Everyone loved it and it won awards both in America and in Europe (as the Opel Ampera). However, as other competitors launched, the Volt’s flaws started to rise to the surface and people soon realized that it was a far more flawed car than previously thought.

The engine would race to redline when trying to recharge the battery, making incredible amounts of noise and vibration, the suspensions was terrible and the brakes were pretty bad. It was an impressive piece of technology, but a very unrefined car. Cars like the BMW i3 have completely overshadowed the Volt as of late. And deservedly so, as the i3 is one of the most innovative vehicles ever made and completely changes the way we look at the electric car. The BMW i3 has also won several awards and has garnered international praise. But does this new Volt good enough to take the spotlight back from everyone’s new favorite electric Bavarian?

The new Chevy Volt is considerably different from the previous model. With a slightly larger engine, up to 1.5 liters from 1.4, and a revised electric motors, the new Chevy Volt has improved performance figures and fuel economy as well as range. Though the two electric motors (117 hp and 64 hp) now combine to make less hp than the previous car, Chevy has learned to utilize them together better, which now makes the Volt capable of 0-60 mph in 7.1 seconds, or about the same as a BMW i3. Some of that also has to do with the fact that this new model is 130 lbs lighter than the outgoing one.

All of this tinkering has allowed the Volt to achieve far better economy and range numbers. The folks at Motor Trend were able to average in the mid to high 50’s, in terms of mpg’s. The Volt also has a claimed 420 miles of range, which is best in class and far better than the 160 miles or so from the BMW i3 REx. However, the BMW i3 can travel 80 miles (around 72 with the REx) on pure battery power alone, whereas the Volt can only do 38 miles on the battery before the engine kicks in. So the Volt can definitely compete with the current leaders, but it’s not cut and dried. 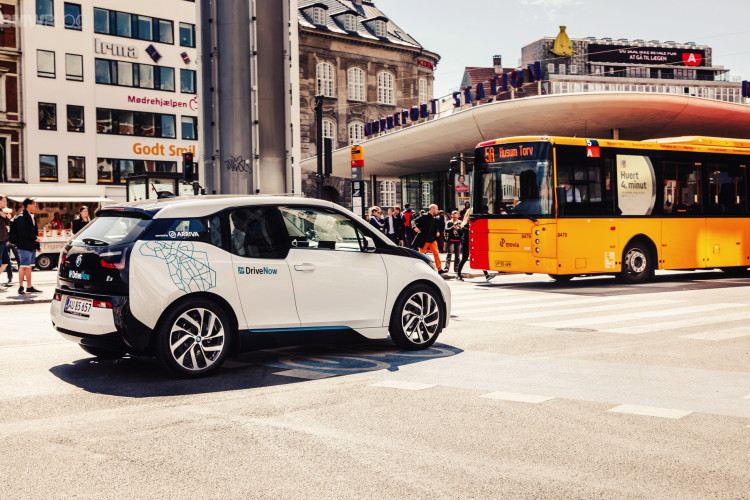 The new Volt can also handle well. Whereas the previous Volt was sloppy and heavy, the new one actually turns in crisply and has nice chassis balance. Thank the weight loss and clever battery placement (in a T shape down the center) for the balance. However, until driving it, I won’t say that it’s as good as, or better than, the BMW i3. The i3 is still probably the best handling EV not called Tesla. The interior of the Volt, though, is also dramatically improved as is the technology. The exterior looks quite nice as well, even if it looks a bit like a Honda Civic and the Chevy symbols in the taillights are a bit corny.

All in all, the new Chevy Volt seems to be a very good car and a worthy competitor to the BMW i3. Is it better? Well that is yet to be seen, but I don’t think the two cars will really be cross-shopped, anyway. The i3 is an electric hatchback with the option of a very small range extender. The Chevy Volt is more of a plug-in hybrid and has a much further range. The Volt is the kind of car that can be used everyday and even on long trips. The BMW i3 is more of a luxurious and sporty city EV. They just seem to be very different cars with different target audiences, despite both being propelled by electric motors The BMW i3 is excellent and doesn’t have anything else to prove, but the Volt seems to be proving that it can certainly hang, in terms of quality and efficiency with the i3 and the best in the world, even if it doesn’t directly compete.

6 responses to “Is the second-generation Chevy Volt the real deal?”