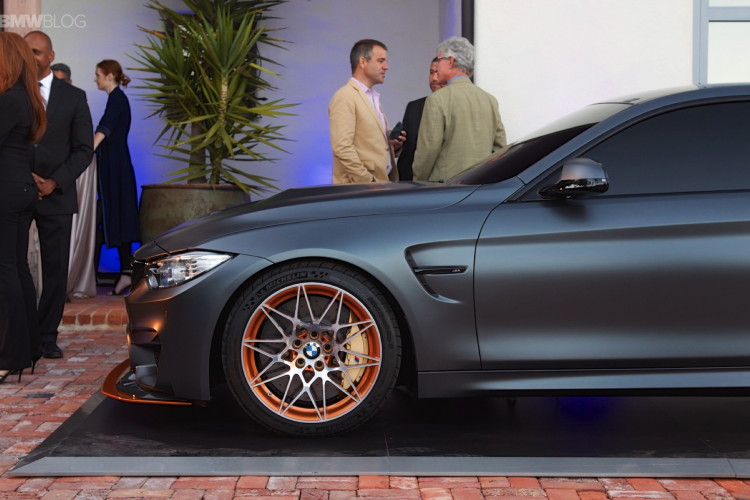 We bring you a new set of photos from the official unveil of the BMW Concept GTS. The super sporty M4 GTS was unveiled last night at the BMW Villa in Pebble Beach and continued its journey to the Legends of the Autobahn event where it was admired by hundreds of BMW fans.

The M4 GTS is the pinnacle of BMW performance. It’s the ultimate expression of BMW’s racing technology for use on the road. It’s not only lighter than the regular M4, but it comes with track-ready features and the water injection system. The car will be available to U.S. customers in 2016 and it will be a limited edition run. 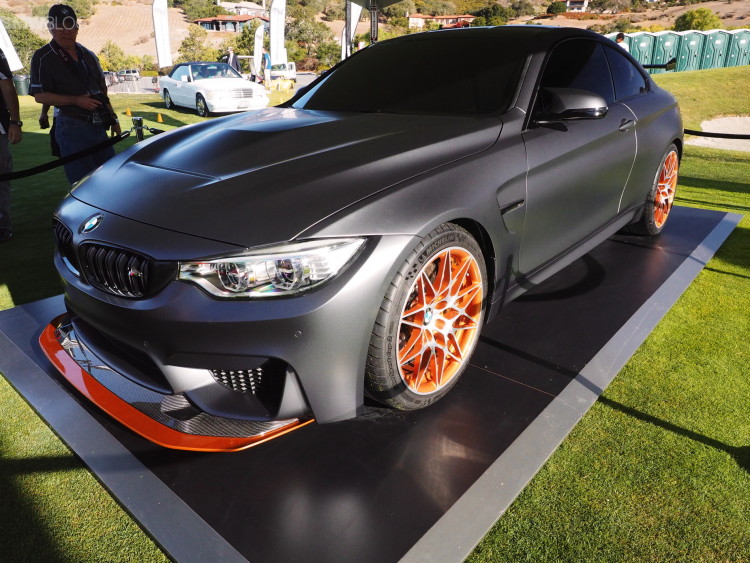 Pricing is expected to be around the same level as the one for the M3 GTS, so at least 115,000 Euros in Europe and around $115,000 for customers on this side of the pond.

The production car will be very close to the concept presented to us this week, so we expect to see the manually adjustable exposed carbon fiber front splitter and rear wing, the Frozen Dark Grey Metallic paint and the carbon fiber hood. 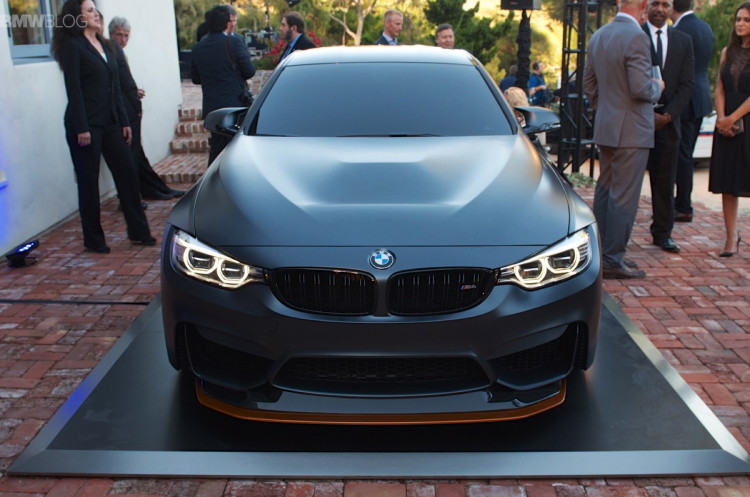 This will also be the first BMW to feature the new OLED technology, along with also the first production BMW with water injection. 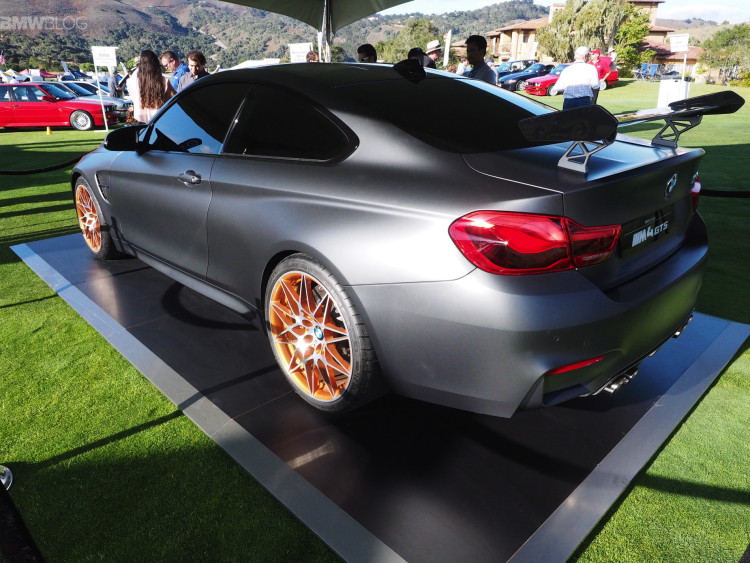 See below for more photos: