For decades, BMW’s go-to premium audio brand has been Harmon & Kardon. Even before Harmon’s acquisition of the Danish audio company, though, BMW has been offering Bang & Olufsen systems in its highest end cars. The BMW 7 Series, 6 Series and X5 and X6 models are all available with B&O sound systems.

Bang & Olufsen didn’t start making in-car audio systems until 2005, however, since then it’s been pumping out some of the finest sounds ever to come from car audio. The 16-speaker system found in the X5 and X6 is no different. Using a Class D Amplifier, TrueImage sound processing and Dynamic Sound Optimization, the surround sound B&O system in the X5 and X6 is one of the best in the business. It takes B&O’s world-class sound engineers over 400 hours to fine tune, by both ear and instrument, the sound in each vehicle. They even tested the sound at 155 mph on the German Autobahn. 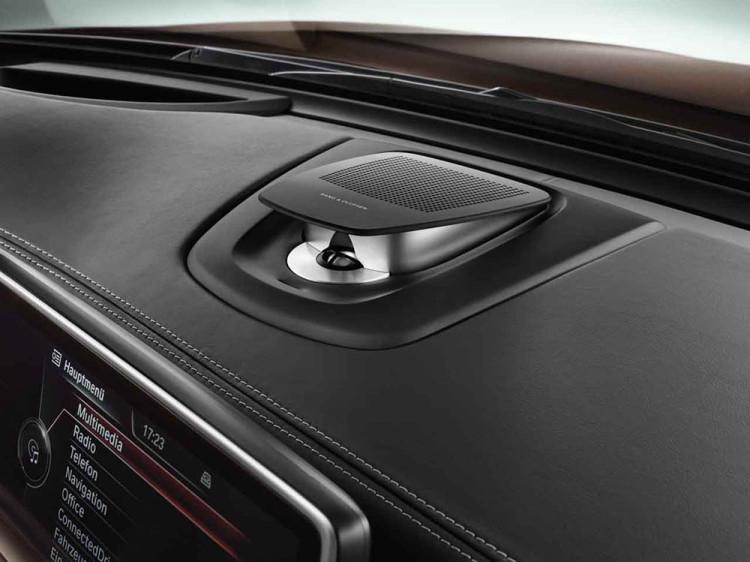 It isn’t just the sound that makes B&O systems so lovely, but the look too. Each speaker grille is milled out of solid aluminum and anodized in BMW’s PerlGlanz color. Then there’s the Acoustic Lens, which rises from the dashboard and spreads the high frequency sounds all across the cabin, to ensure that all passengers are in the optimal listening position. This level of sophistication is what sets B&O apart from other companies and gives the BMW X5 and X6 a real edge, in terms of in-car audio.

Good audio also needs to software. This 5.1 B&O surround sound system is no different. With two different listening modes, the driver can tailor how they want to listen to their music. The “Expand Mode” broadens the sound stage and gives the impression that you’re listening to the music in a concert hall. This can help eliminate the somewhat claustrophobic feel to some in-car audio and make it sound more grand. The second mode, “Studio Mode” allows you to listen to a track as the original artist intended.

The B&O surround sound system in the X5 or X6 doesn’t come cheap, at $3,700. However, when you’re spending the kind of money one a car that the X5 or X6 costs, that $3,700 is just a drop in the bucket. At that price point, it’s worth spending the extra scratch for a world class audio experience every time you sit inside your car.