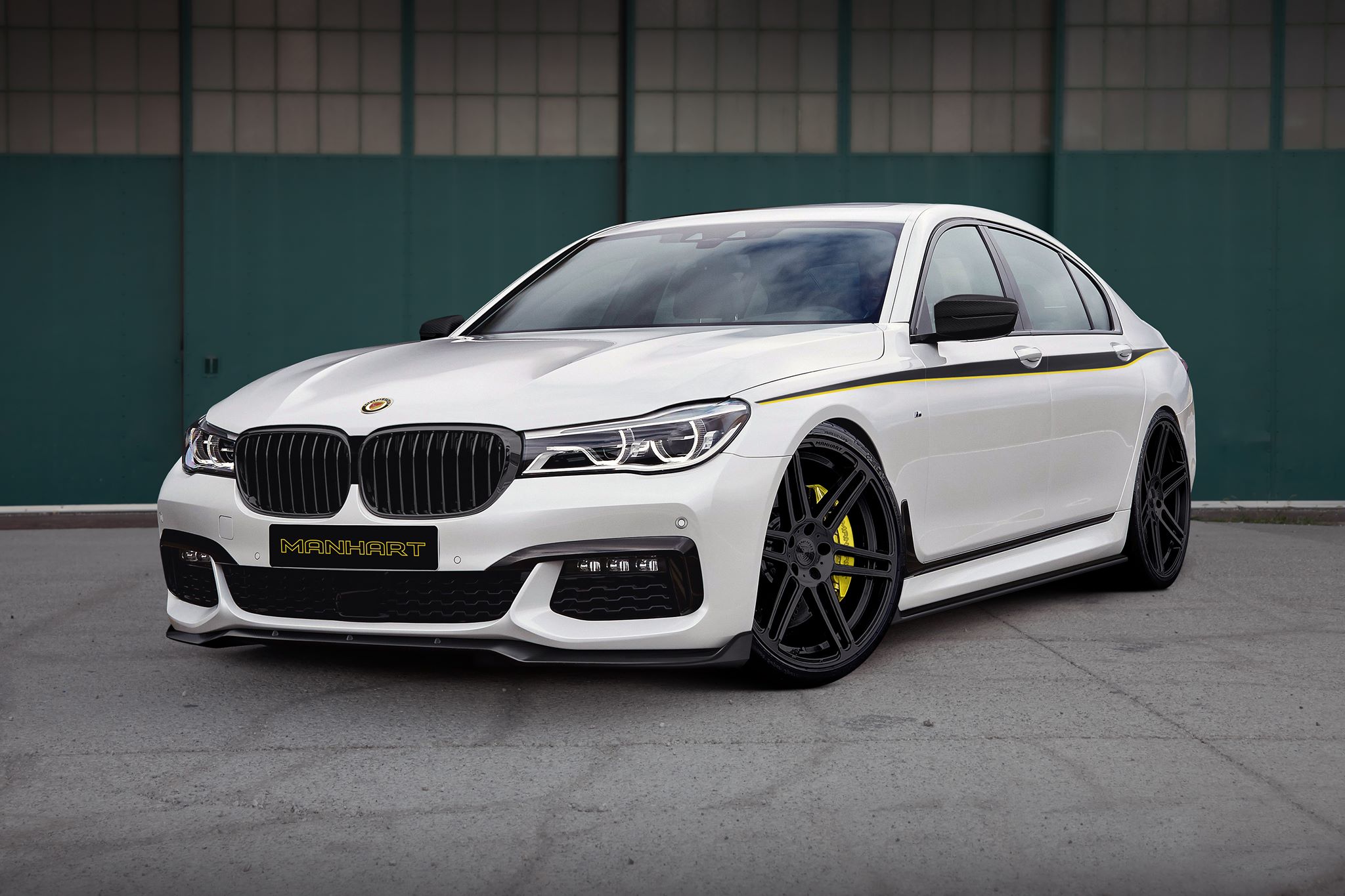 A single Photoshoped image from Manhart Racing creates some hype around an upcoming tuning project based on the new G11 BMW 7 Series. Portrayed in the picture below is a Mineral White BMW 7 Series with the M Sport Package, a carbon fiber front splitter, blacked out kidney grilles, custom black wheels, large performance brakes with yellow calipers, carbon fiber black mirrors and an interesting vinyl covering the side of the car.

While the tuned up 7 Series stands out with its aggressive design, the real news come from under the hood. According to Manhart, the G11/G12 7 Series will be tuned up to produce 700 horsepower. The basis for this tune will be the 750i and 750Li models which produce, in standard form, 450 horsepower from a V8 Twin-Turbo engine. 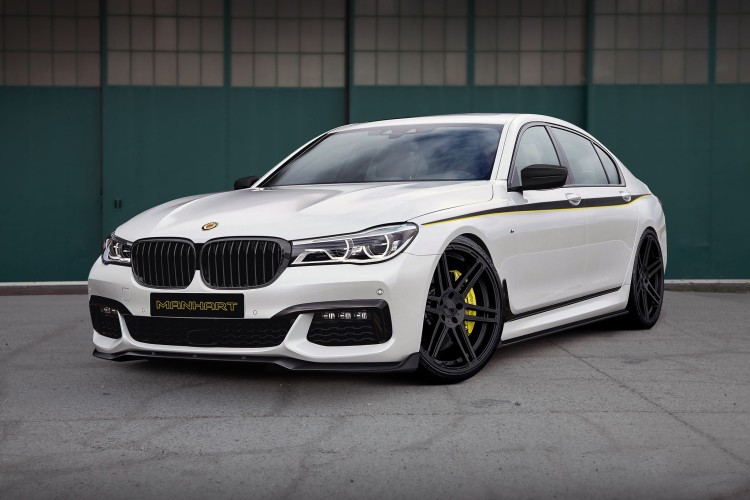 Manhart Racing has yet to announce the launch date of this project, but with the new 7 Series going on sale in October, we expect the first project car to appear in early 2016.