This BMW i3 is a mobile ATM

Home » This BMW i3 is a mobile ATM 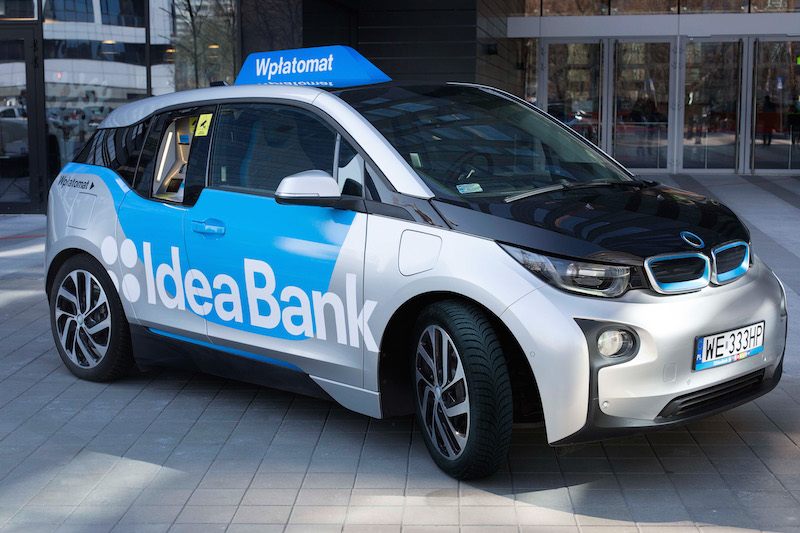 Innovation doesn’t stop with just building a great electric vehicle. How would one leverage all the telematics and gadgetry found in a high-tech EV? Poland’s Idea Bank had this brilliant idea to launch a mobile banking phenomenon with the launch of a fleet of BMW i3 vehicles fitted with an ATM.

The bank has outfitted four electric BMW i3 automobiles with built-in cash depository ATMs that can be called upon by small businesses using the IdeaBank Money Collection app. By using the car’s built-in GPS, the bank has created another software layer in their own bank app which allows customers to summon the i3 ATMs by entering the desired time and location of the service delivery and observe the car’s current position on a map.

In Europe, cash transactions are still common in the day-to-day operations with eighty percent of the respondents delivering their money to the bank in person, even late in the evening.

“Entrepreneurs who personally deliver their income to the bank or a stationary CDM waste both their time and money. Our service aims at lifting that weight off their shoulders,” says Dominik Fajbusiewicz, Idea Bank board member.

The fleet consists of four BMW i3 electric vehicles with the first one being already put in service. The i3 allows Idea Bank’s clients not only to deposit, but also to withdraw their money. 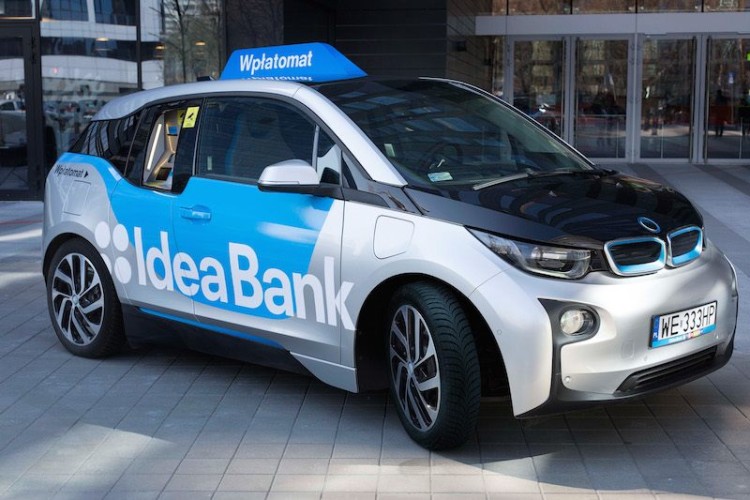 If popular, the service could be extended to other cities. The i3 is the perfect medium to act as an ATM: it’s highly efficient, it was built as a city car and it represents the future.

The project was developed in partnership with iTaxi, which prepared the mobile booking app available for Android and iOS.