The idea of resurrecting an older car by simply adding modern lines and performance is quite tempting these days. Toyota is thinking about reviving the Supra, Acura has just re-launched the NSX and even BMW is thinking about using the E30 M3 DNA in a new M2 model. If you look at some of the historical models, there are many interesting vehicles to choose from, and all from different decades.

So we decided to take a trip in BMW’s history and scoop out some cars that we believe would look amazing with modern accents in the 21st century.

Designed by Albrecht Goertz, the 507 TS was based on the BMW 503 but featured a shorter chassis and an entirely aluminum-hand-made bodywork. The car exerted the body type and overall feel of a pure roadster, allowing the driver to take advantage of its performance on long and narrow bends perfectly.

Do we really need to introduce this car? Rumormill churns out that a small and nimble iteration of BMW’s once famed model is on the way. Yes, the BMW M2 will probably have all the ingredients to properly represent the BMW E30 M3 in this day and age, but the upcoming model still needs to prove itself both on and off the track. The aggressive shape, flared arches and the spoiler, this is what I want to see with a new model.

One of the “it” cars of the ’80s and ’90s definitely needs a remake. The Grand Tourer really has a place in BMW’s product range. While the current BMW M6 could be considered the modern 8 Series, we wouldn’t mind seeing a new, larger, sportier and more luxurious 8er to take on the like of Mercedes-Benz S-Class Coupe.

BMW Z3 is probably one of the most impressive vehicles when it came out. I might be a bit subjective as the Z3 was released during my childhood, but BMW needs to recreate that classic shape and design, put in new engines, transmission and all the modern goodies, and show the premium roadsters are not dead. 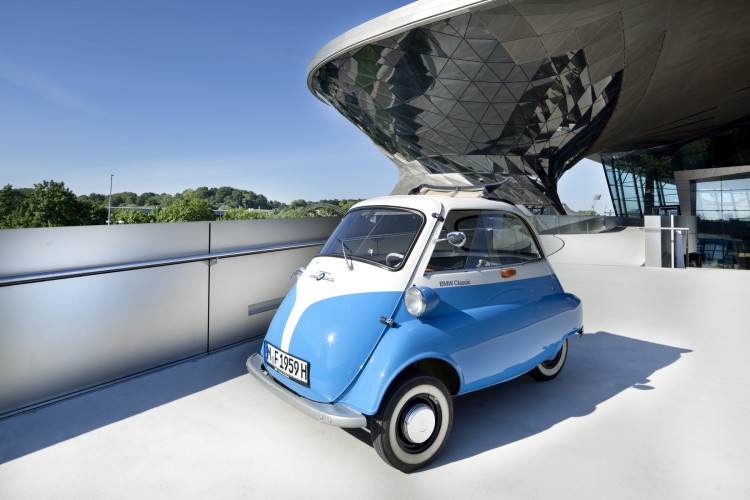 At its core, a BMW i3 is somewhat similar to the BMW Isseta. A small city car, a breakthrough at the time for BMW and a quirky design that created a cult, the Isetta would be a great little car to own today. Make it all-electric and with carbon fiber, and purists would open their wallet.