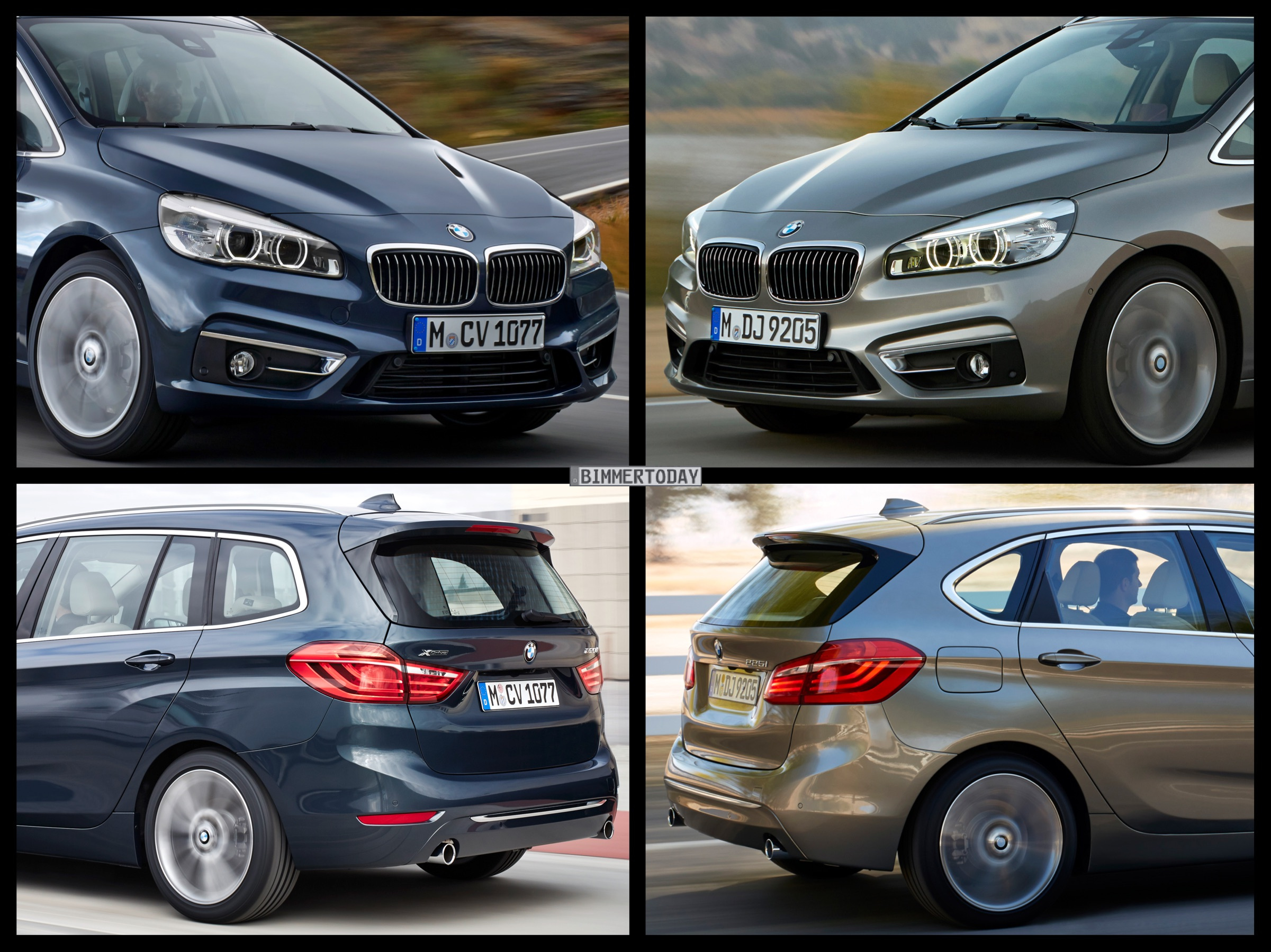 Within months, BMW has opened a new segment with two cars: last fall, the 2 Series Active Tourer (driving report) came to market and this summer, the 7-seater 2 Series Gran Tourer will arrive as well.

The BMW 2 Series Gran Tourer dominates his little brother by 21 cm while being also 5 cm higher. Our image comparison also shows the steeper rear window which creates a higher roofline for additional space, and the larger rear doors which facilitate entry into the second and third row. 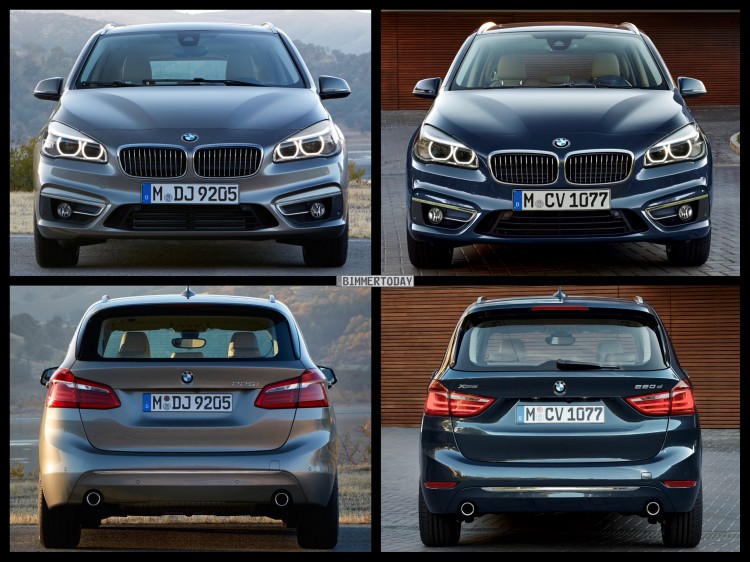 Both cars are powered by a three and four cylinder, petrol and diesel engines. A plug-in hybrid will be available for the Active Tourer, most likely followed next year by a similar one in the Gran Tourer family.

BMW 2 Series Gran Tourer will launch in Germany just a few weeks after the Geneva Motor Show in March.