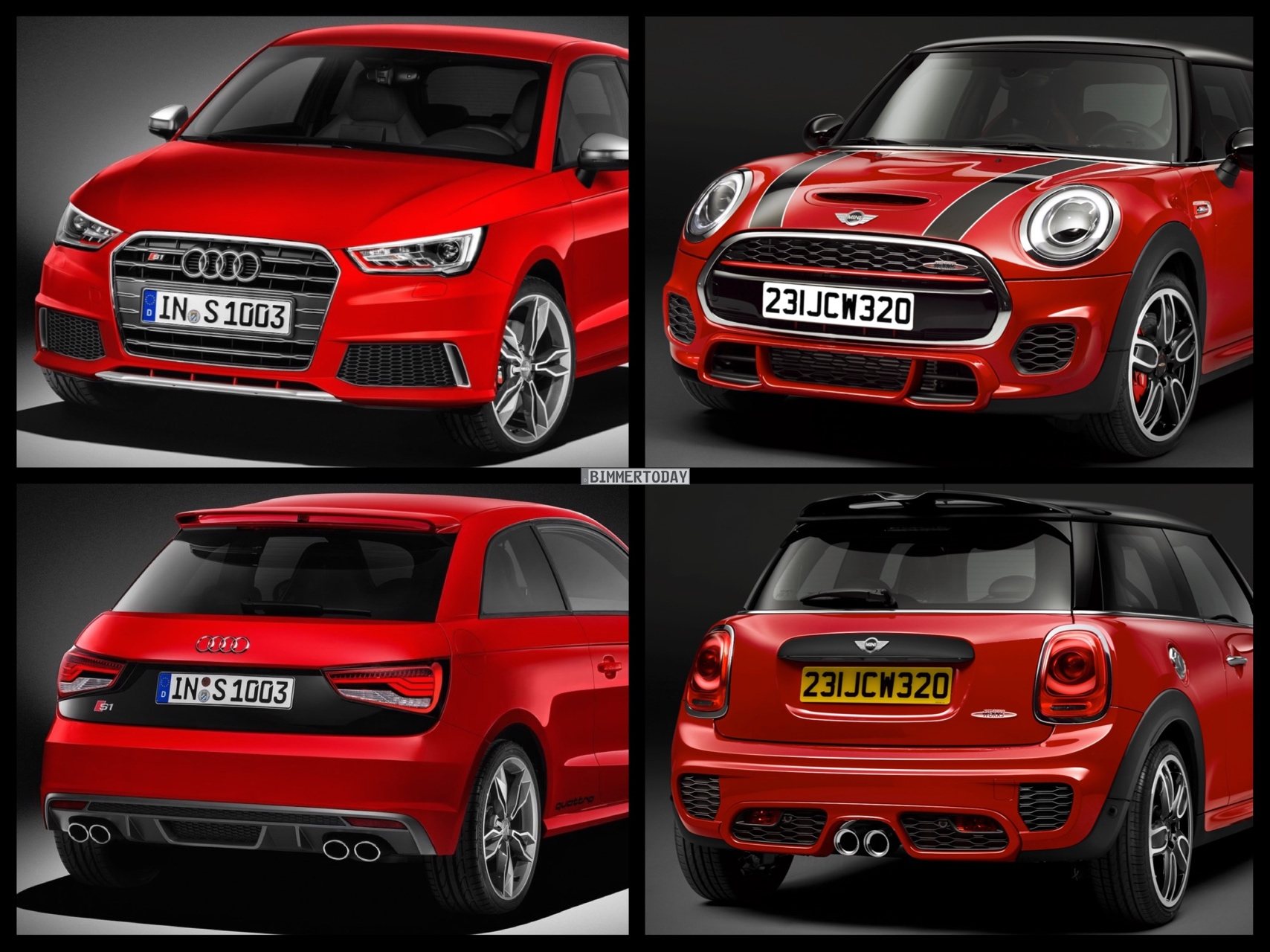 The new MINI John Cooper Works F56 comes on the market in April 2015 and will compete for the same customers with the Audi S1 quattro.

The power for the new John Cooper Works Hardtop is delivered by a 2.0- liter 4-cylinder engine that was developed based on the latest generation of power units with MINI TwinPower Turbo Technology. The new JCW also produces 231 horsepower but has less torque, 236 ft-lbs, than the Audi S1. 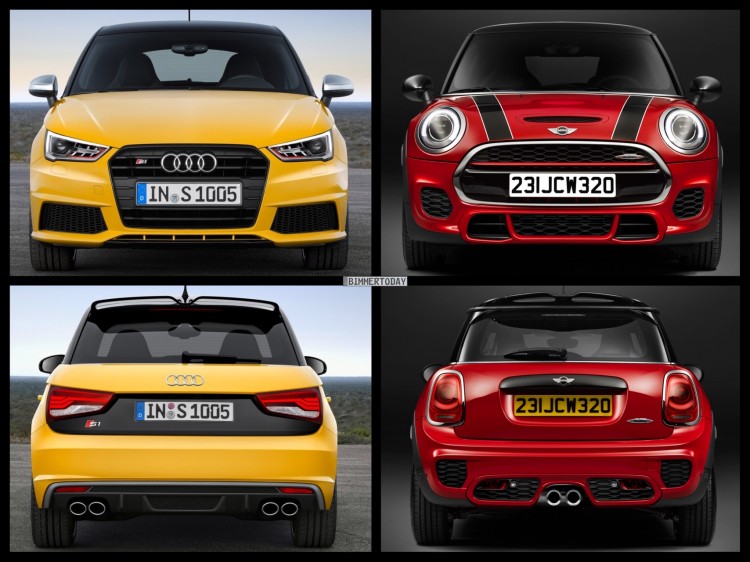 In the Sport Auto Supertest at Hockenheimring and on the Nürburgring Nordschleife, the new JCW is slower than the grippy Audi S1. The MINI JCW only comes with a front-wheel drive traction while the S1 gets the all-wheel drive.

When it comes to price, the two cars are similar. The Audi S1 starts from 29,950 euros while the new MINI John Cooper Works F56 sells for at least 29,900 euros.

To see how the two cars fare visually against each other, we’ve put together a photo comparison: 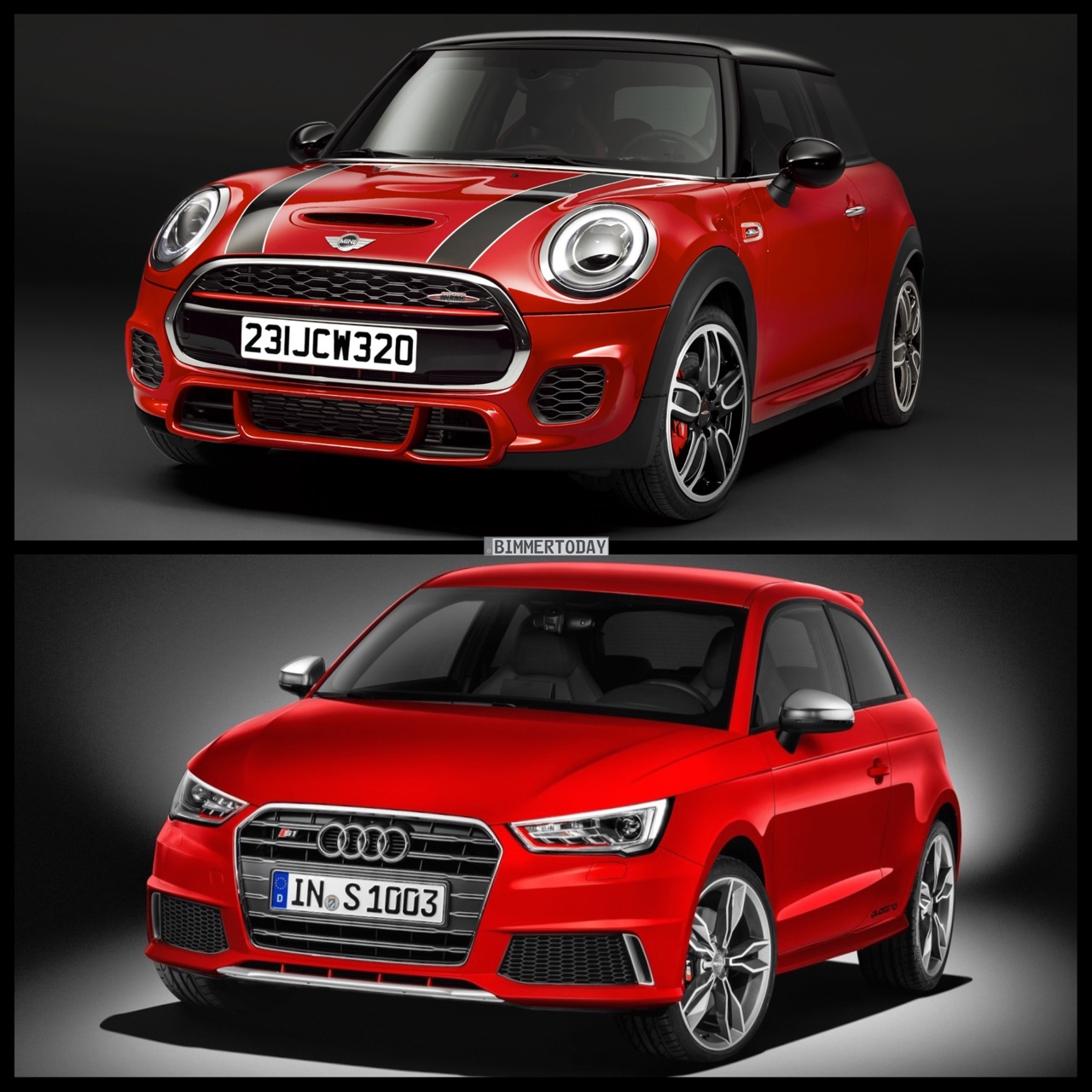 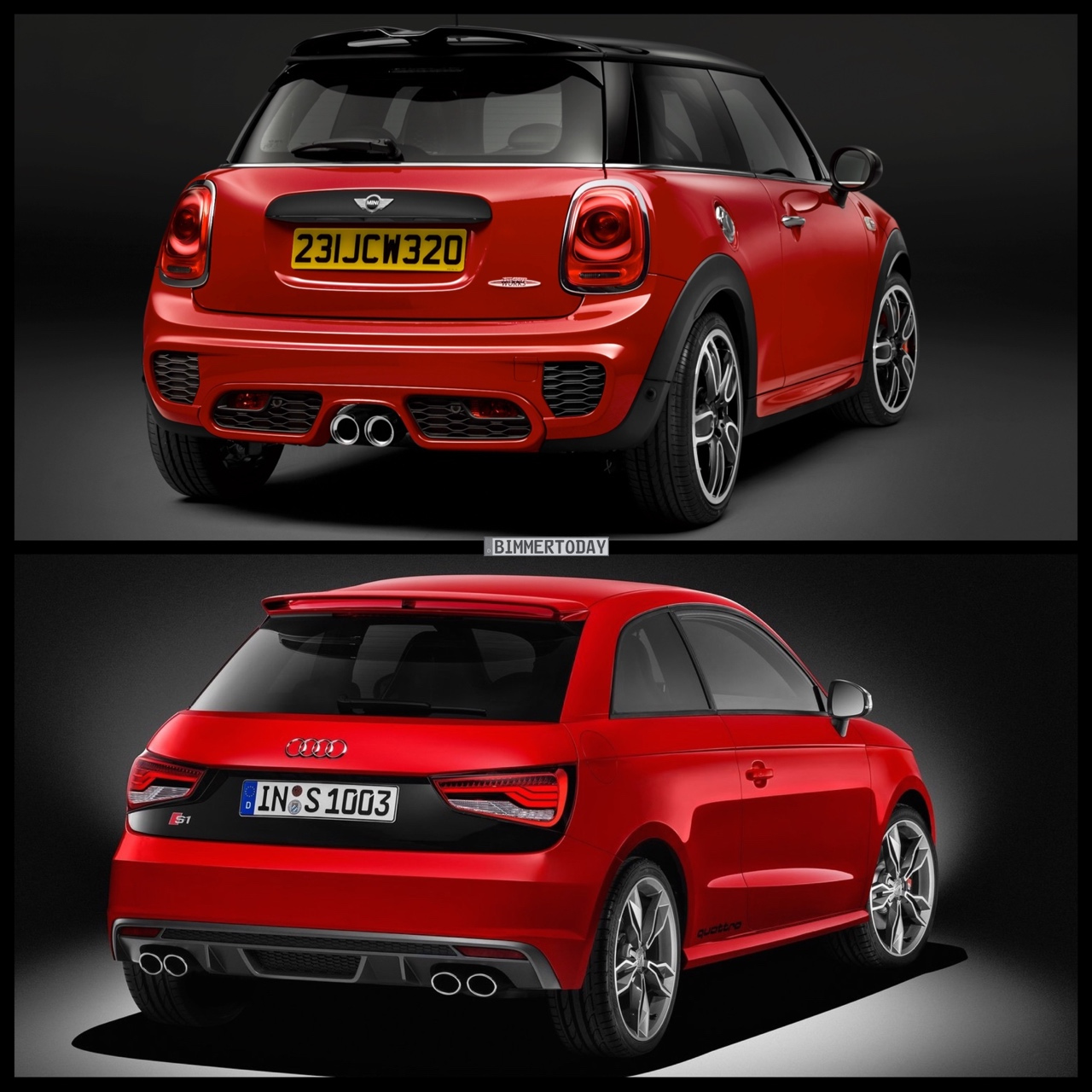 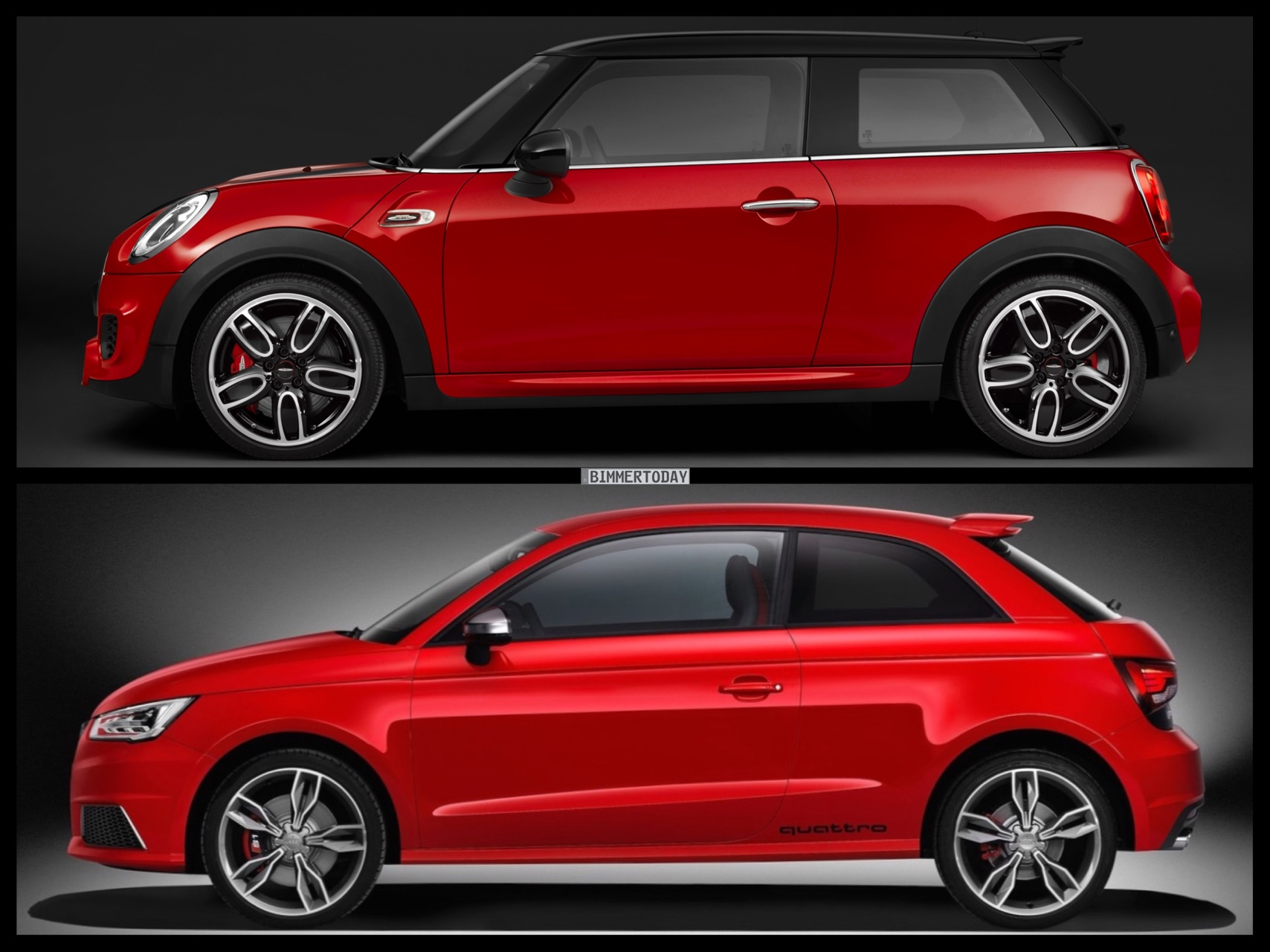 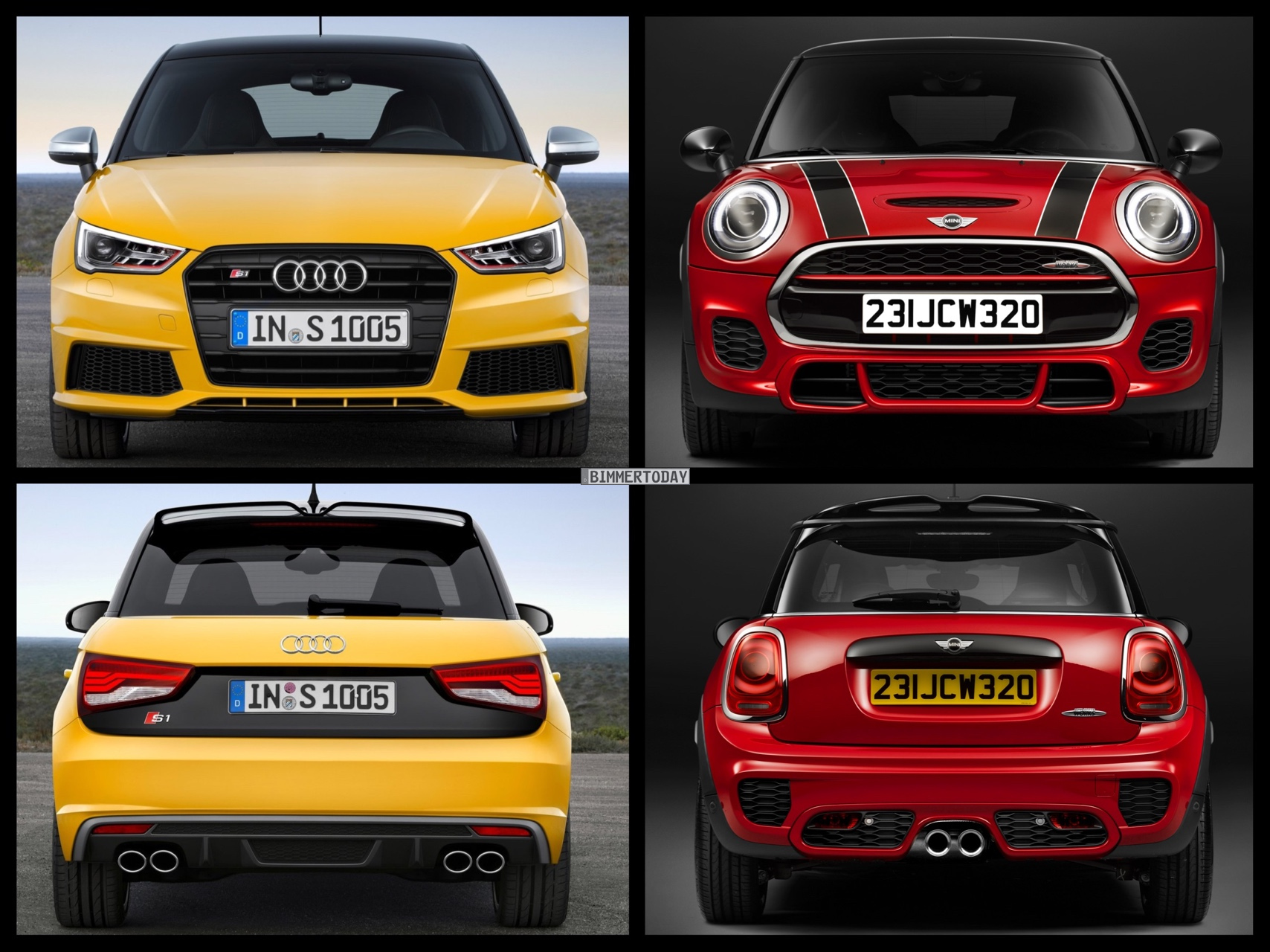 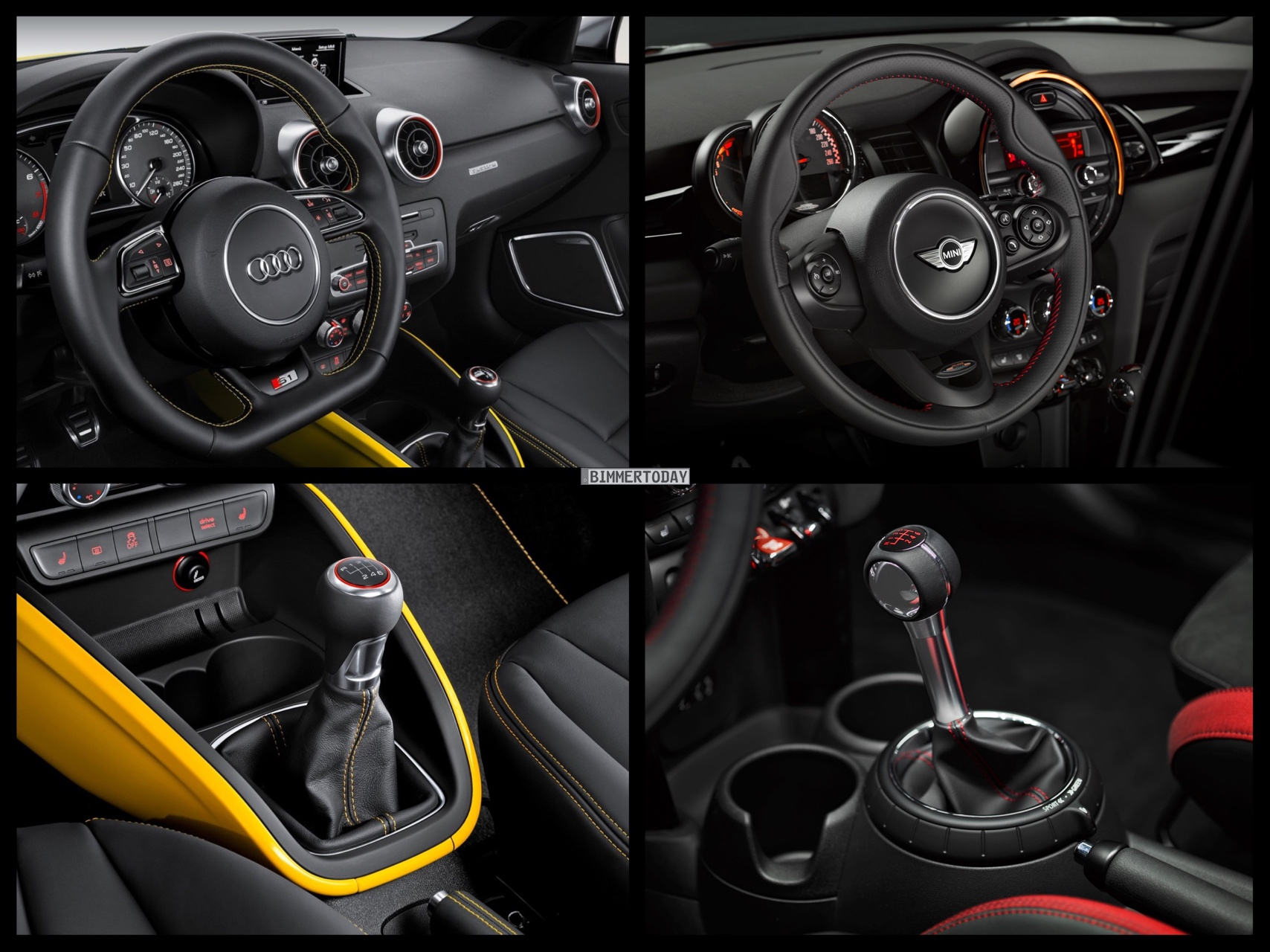