According to InsideEVs, worldwide BMW i3 sales have passed the 10,000 unit mark, just shy of one year from the BMW i3’s European launch.

It wasn’t until May of this year that the i3 became available in the US, and after a couple months of relatively  slow sales, the i3 has had two consecutive months with sales greater then 1,000 units and October is expected to continue that trend. Inside EVs also states that BMW claims they are now selling about 3,000 i3s per month and if that is correct, and the trend continues, then the second year sales will see over 30,000 i3s hit the streets. That figure is pretty much what has been said to be BMW’s target for annual i3 sales, and if they indeed hit it in the second year of production then that has to be considered a success. 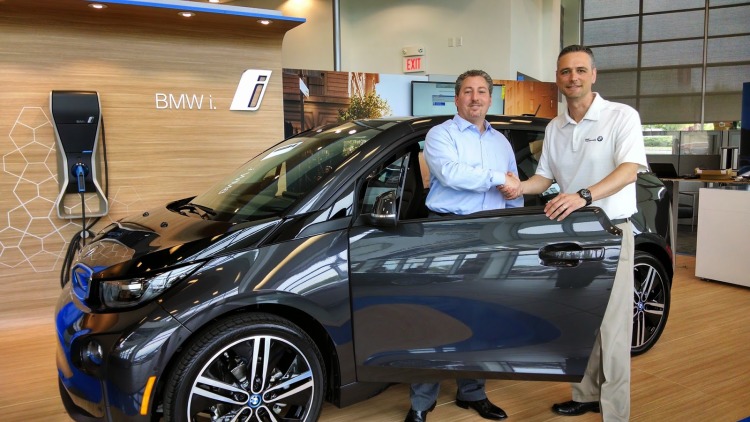 The initial year sales has been production constrained, with many European customers waiting 5 to 6 months to take delivery. I have had people comment here that they are in the UK for instance and have been waiting many months for their i3 to be delivered. Yet here in the states there is definitely excess inventory on some dealer lots so BMW has obviously given the US market priority with i3 allotment.

There was a lot of speculation that BMW was having difficulty with production in the initial months and I do believe that was correct to an extent. Everything about the i3 is a new frontier for BMW. The materials and the production processes are different than anything they have dealt with on any of their conventional offerings. I believe it would be foolish to think they would just hit the ground running and not encounter some initial production snafu’s and delays. Now that BMW seems to have the initial production issues worked out, they claim to be making and selling about 100 copies per day, which I’m sure is making the i3 product managers very happy. Hopefully, the level of interest in this groundbreaking car continues.