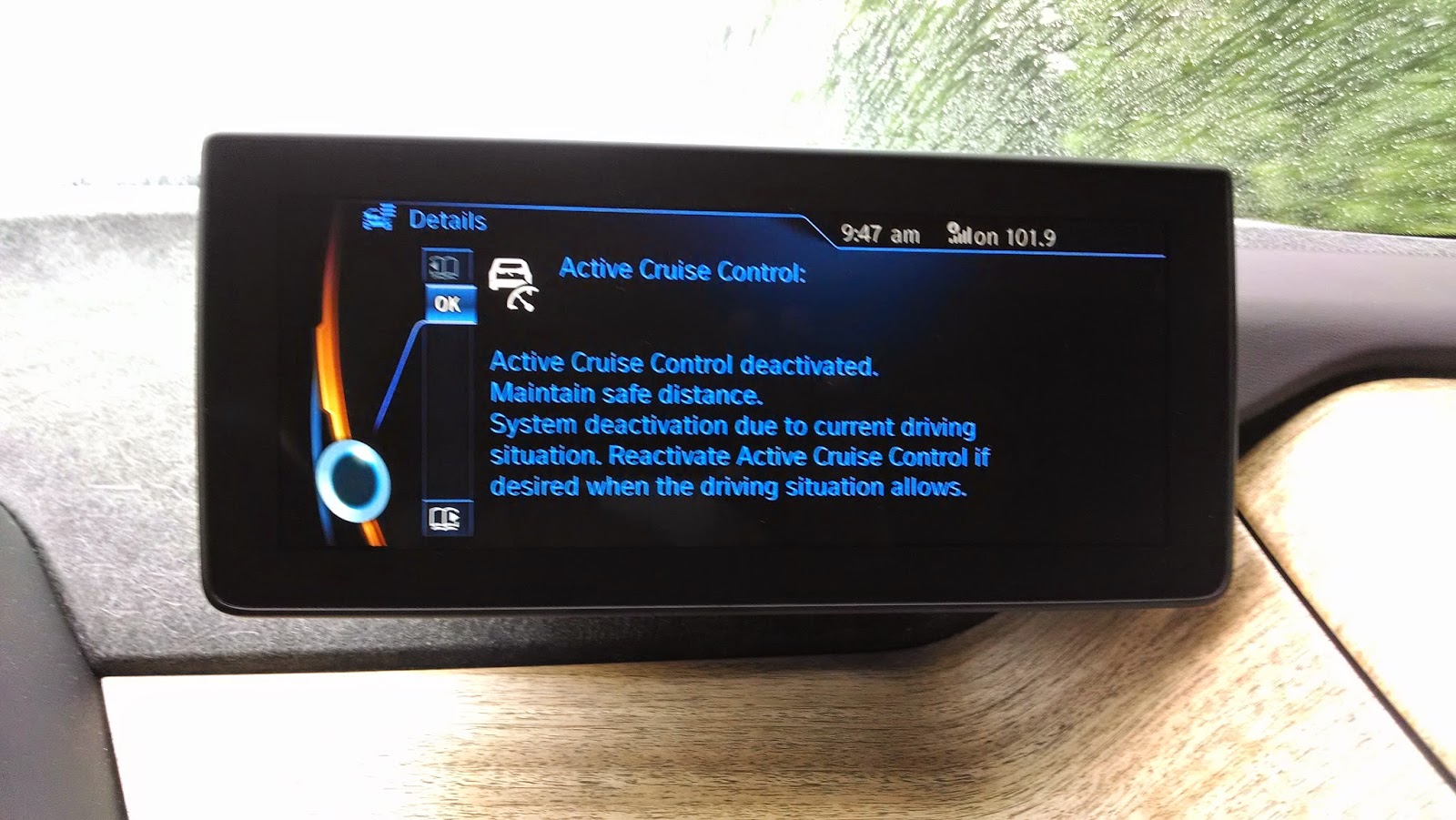 One of the coolest features on the i3 is at Active Cruise Control. The Parking Assistant is cool tech also, but honestly I can’t see myself ever using it except to show it off to friends. I can park the car just fine on my own, and faster than the Parking Assistant can. The ACC on the other hand is not only really cool, but very useful.

Whether I’m stuck in slow moving traffic or driving long distance on the highway I’m finding myself using the ACC more and more. It’s kind of like locking onto the car in front of you with a tractor beam from some sci-fi show and letting it pull you along. 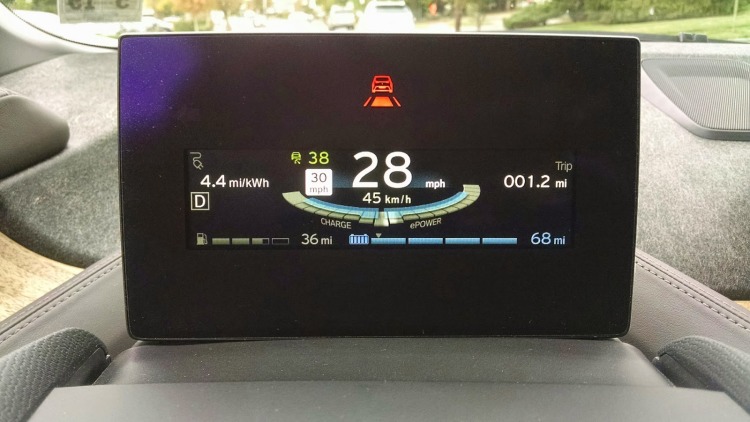 However there is one thing that needs to be improved upon with the i3’s ACC. It will occasionally disengage by itself without warning. Yes, it does post a notice on the center display screen that it has deactivated, but unfortunately that is already after it shut off so it’s not any real help. In traditionally powered cars, this is less of an issue because the i3 has such strong regenerative braking. When the ACC disengages in a gas car, it will go into a freewheel coast and be barely noticeable, other than the fact that it is gradually slowing down. In the i3, when the ACC disengages the car immediately goes into full regenerative braking mode and abruptly decelerates. It actually quite startling and certainly a safety issue because if someone happens to be tailgating you they could easily run into the back of your car. 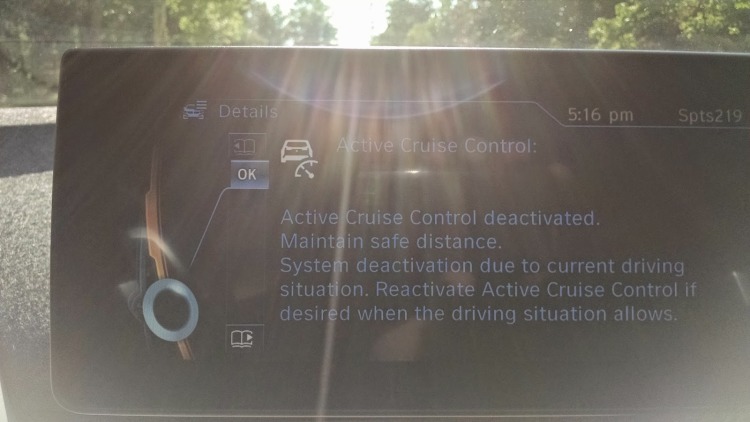 Knowing this, many of the existing i3 owners and I are always ready with our foot at the accelerator in case the ACC disengages, so we can quickly restore power to the motor and stop the vehicle from decelerating. It’s something that you quickly adjust to, but if you aren’t ready for it at the very least it’s scary, and at worst a huge safety issue. It seems to happen much more when it’s raining, and when the sun is low in the sky and you are driving directly into it. These things must confuse the cameras used for the system. I’ve also noticed that by driving under some low overpasses the system will shut off on occasion. Perhaps the system gets confused thinking the bridge is an obstruction in the roadway. BMW has advised keeping the windshield clean so the system can see clearly outward, but that is never an issue with me as I always keep my windshield clear. 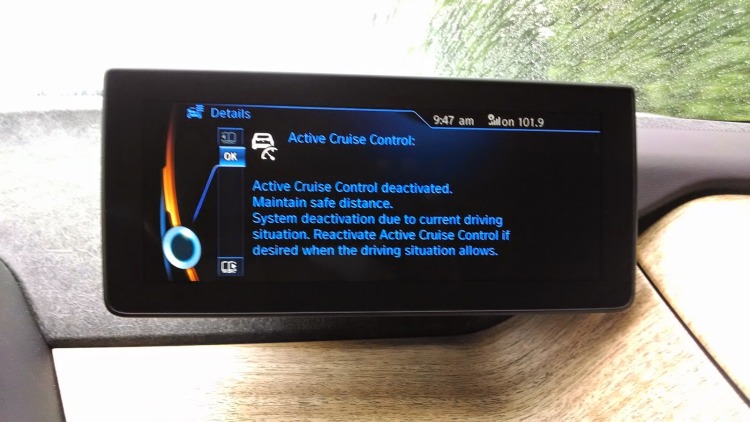 I believe the answer to this issue would be for BMW to change the software so the car freewheels like a conventional BMW if the ACC disengages by itself. The free wheeling could last for 4 or 5 seconds which could then be followed by the regenerative braking slowly gaining strength. This would prevent the abrupt deceleration that currently occurs when this happens and give the driver a few seconds to realize what just happened and act accordingly. Of course the ultimate goal would be to eliminate the self-disengaging of the system, but that will never be 100%. There will always be circumstances where the system gets “confused” and need to turn control back over to the driver.

I’ll continue to use the ACC because it’s really a great feature, but I’m always “at the ready” while using it. I wanted to write this post for the new i3 owners out there that follow here just in case you weren’t aware of this issue. I was actually inspired by a follower of this blog who recently got an i3 and sent me an email asking about this. He was concerned that it was a problem with his particular car. So if you are new to the i3 and the ACC feature, just be ready at all times to respond with some throttle and you’ll have nothing to worry about. I’m sure BMW is aware of this and already working on a solution. I don’t believe it can stay like this without some kind of update to eliminate or minimize the abrupt deceleration following deactivation. At some point, it will cause an accident if not addressed.