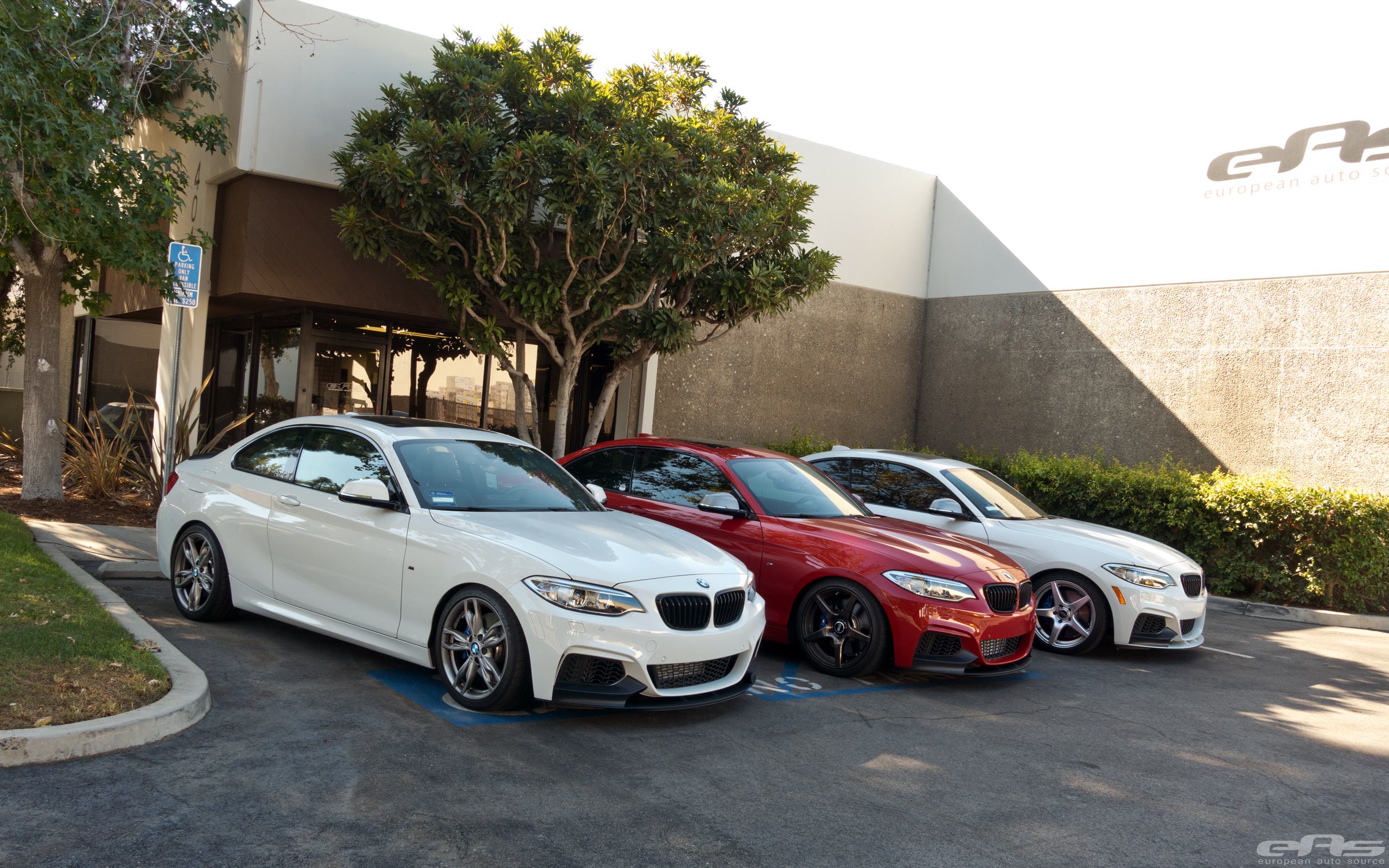 It’s always a special event when you have three sports cars of the same model range lined up next to each other. The folks over at European Auto Source hosted a trio of BMW M235i that feature different visual upgrades. All three of them received some aftermarket tuning parts, further increasing their appeal and making them even more sportier, starting with the carbon fiber front lip, carbon fiber rear diffuser, M Performance rear spoiler, side mirror caps in carbon fiber and blacked out kidney grilles.

The 2 Series is slowly becoming a favorite coupe amongst BMW owners and every new customization project shows the market demand to improve the looks of the sporty coupe. 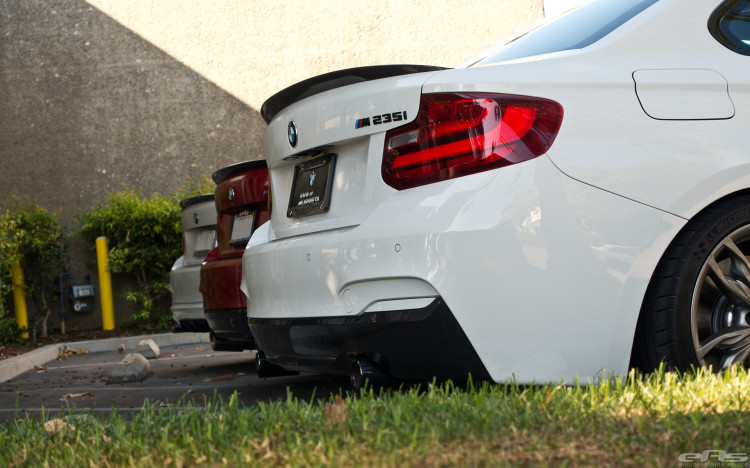 They’re also all lowered on H&R sport springs, and two of them are riding on VMR V705 wheels. An aggressive look, more than enough power allowing for an exciting driving experience – all you get with these BMW M235i cars seen here.

BMW M235i is powered by a 3.0-liter BMW M Performance TwinPower Turbo inline 6-cylinder, 24-valve 320-hp engine. This engine combines a twin-scroll turbocharger with variable valve control (Double-VANOS and Valvetronic) and high-precision direct injection, allowing for a further increase in horsepower and torque, without sacrificing fuel economy (too much) as well.