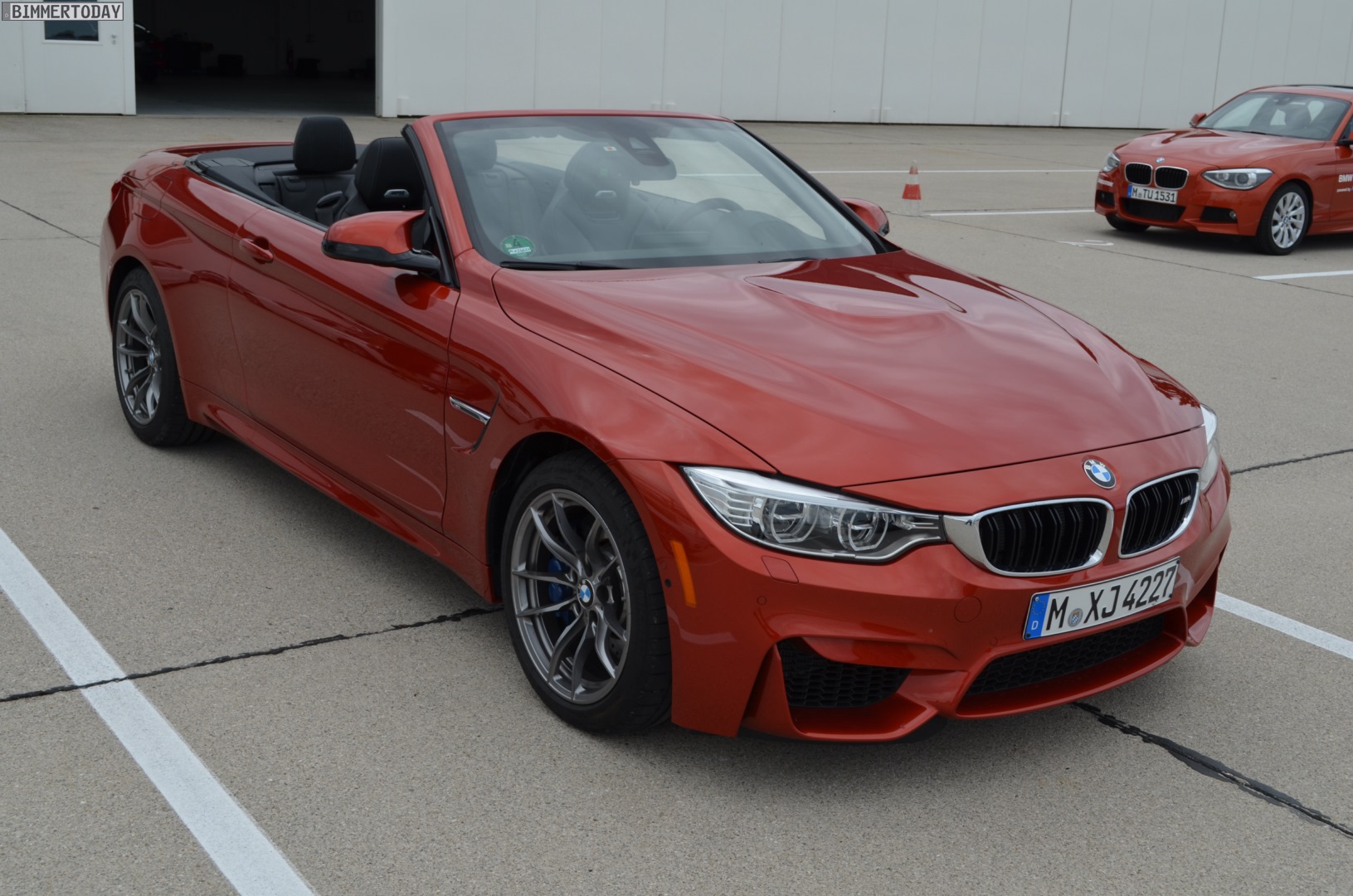 At the International Media Launch of the 2015 BMW M4 Convertible, BMW brought out different models to showcase the color palette of the new cabriolet.

Shown below is the M4 Convertible in the Sakhir Orange color which first debuted in the M6 Coupe. The M3 and M4 Coupe/Convertible come with a variety of well known colors as well as two new ones: Yas Marina Blue Metallic and Austin Yellow Metallic. The other exterior colors are: Alpine White, Mineral Grey Metallic, Sakhir Orange, Black Sapphire Metallic, Silverstone Metallic and Mineral White Metallic.

The new F80 BMW M3 and F82/F83 M4 will officially only get a frozen paint in 2015. According to the our sources, even the additional $5000 or 5,000 euros for the BMW Individual color will not get the customers the frozen colors in this year’s production. 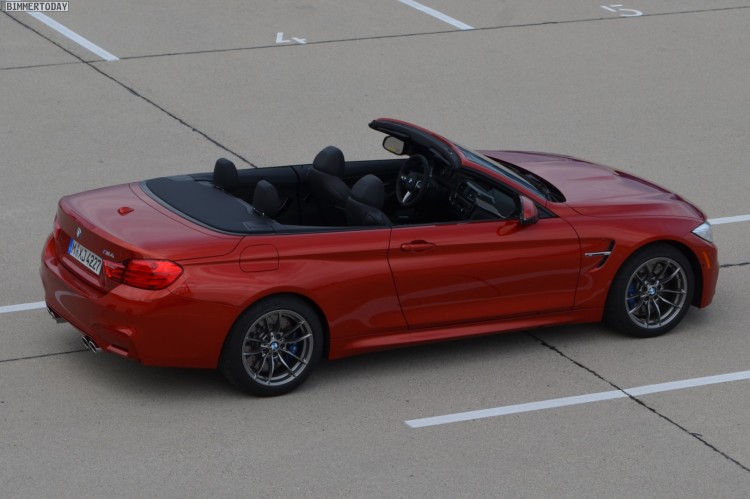 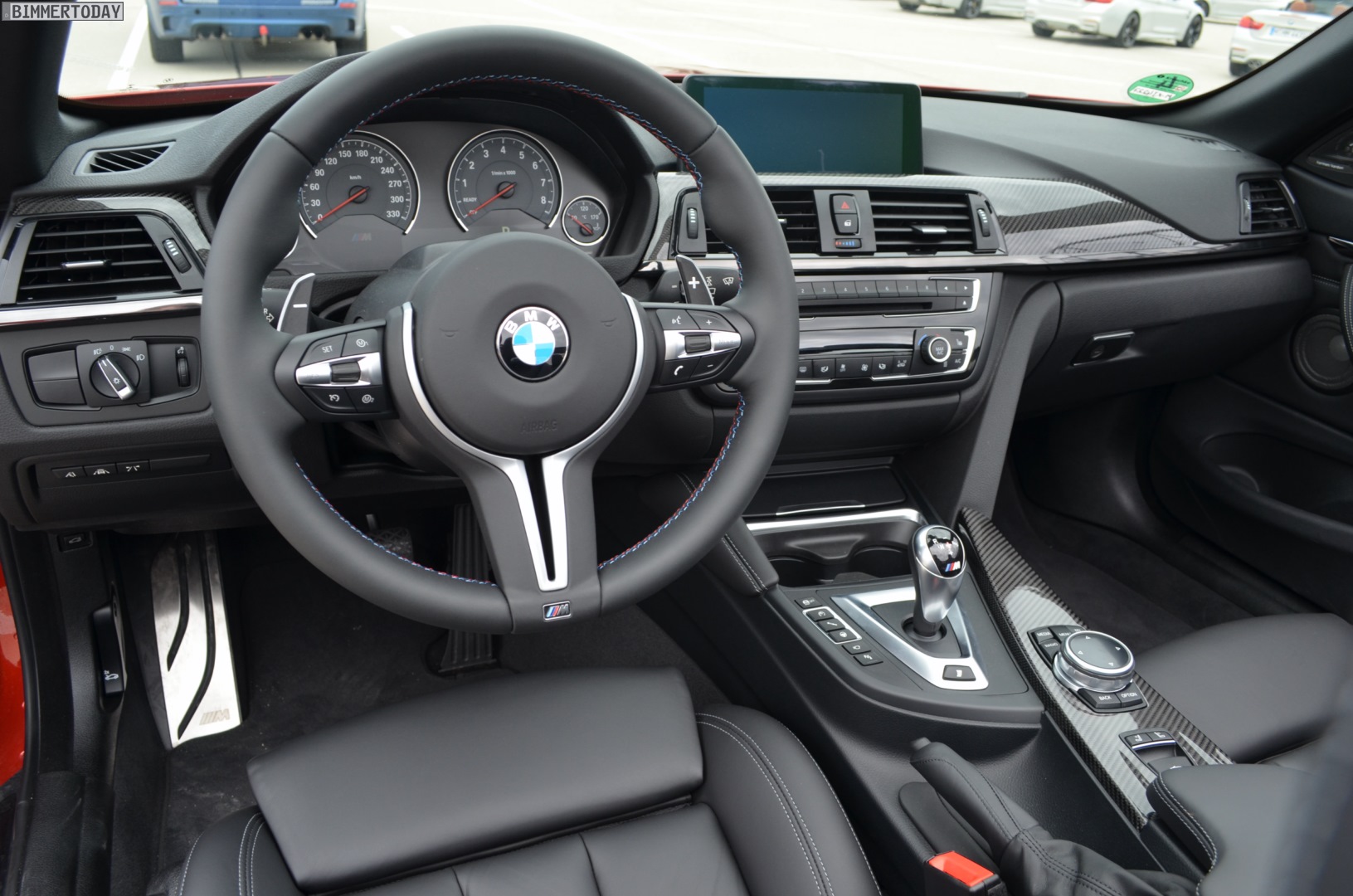 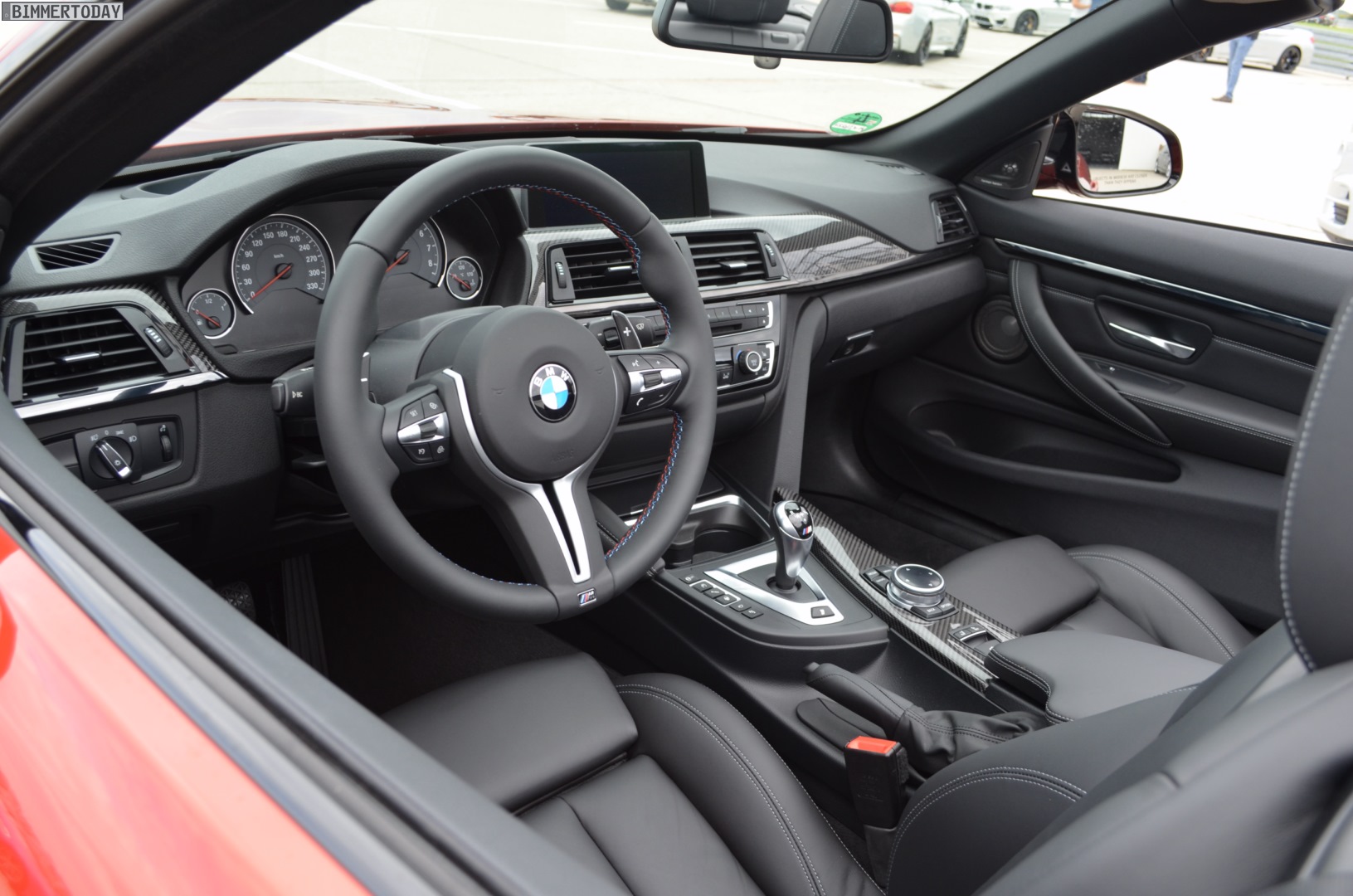 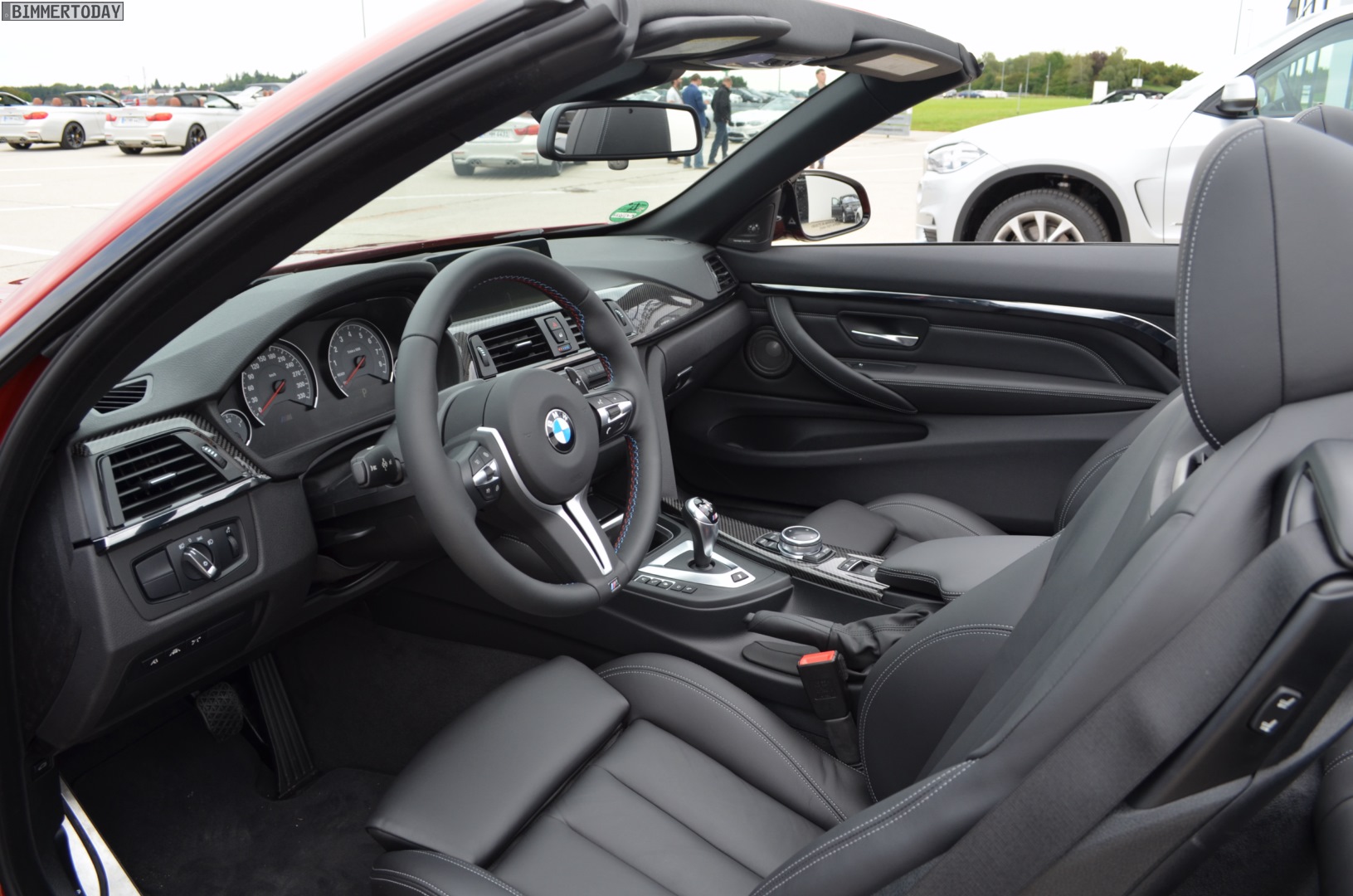 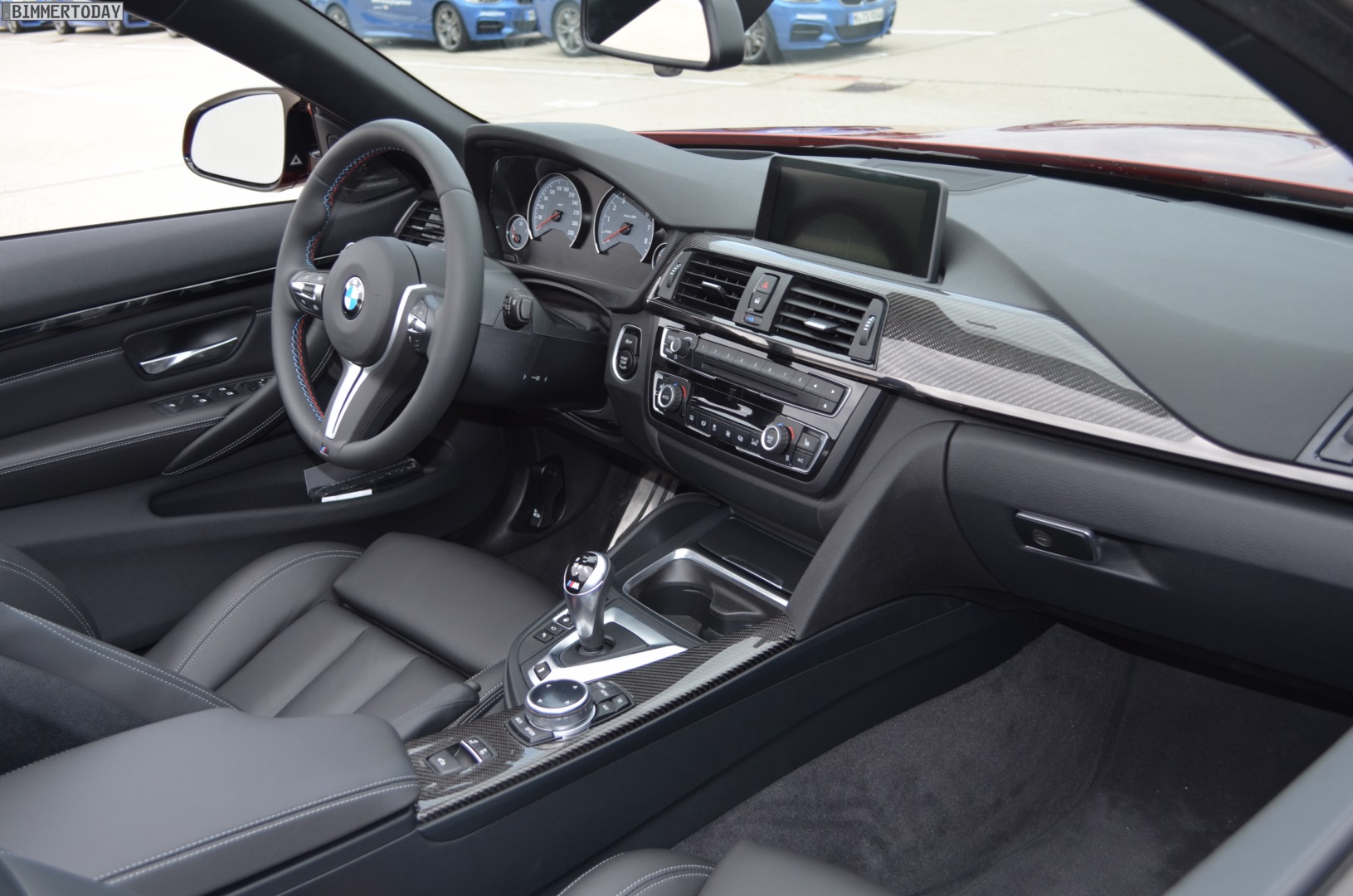 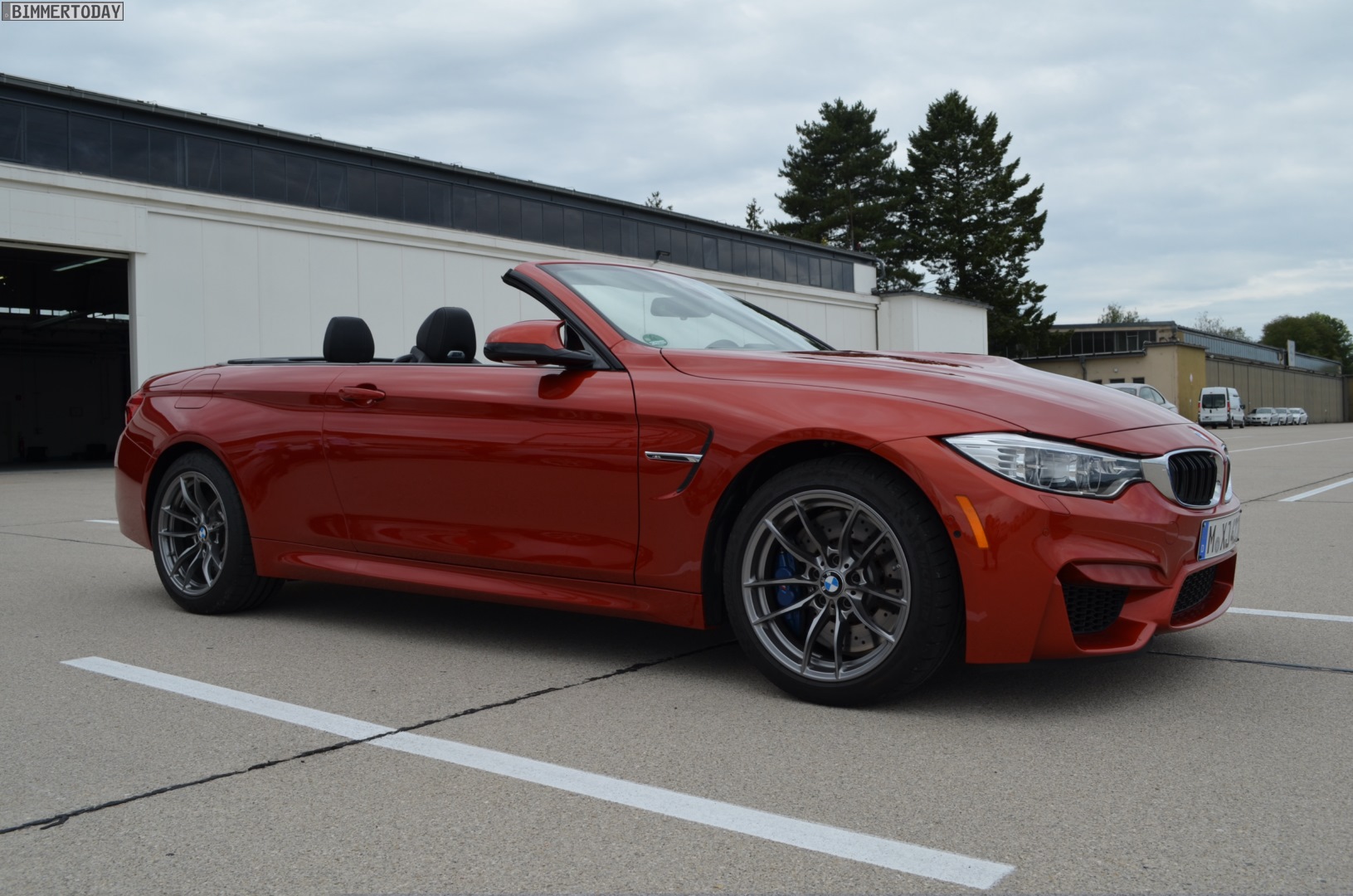 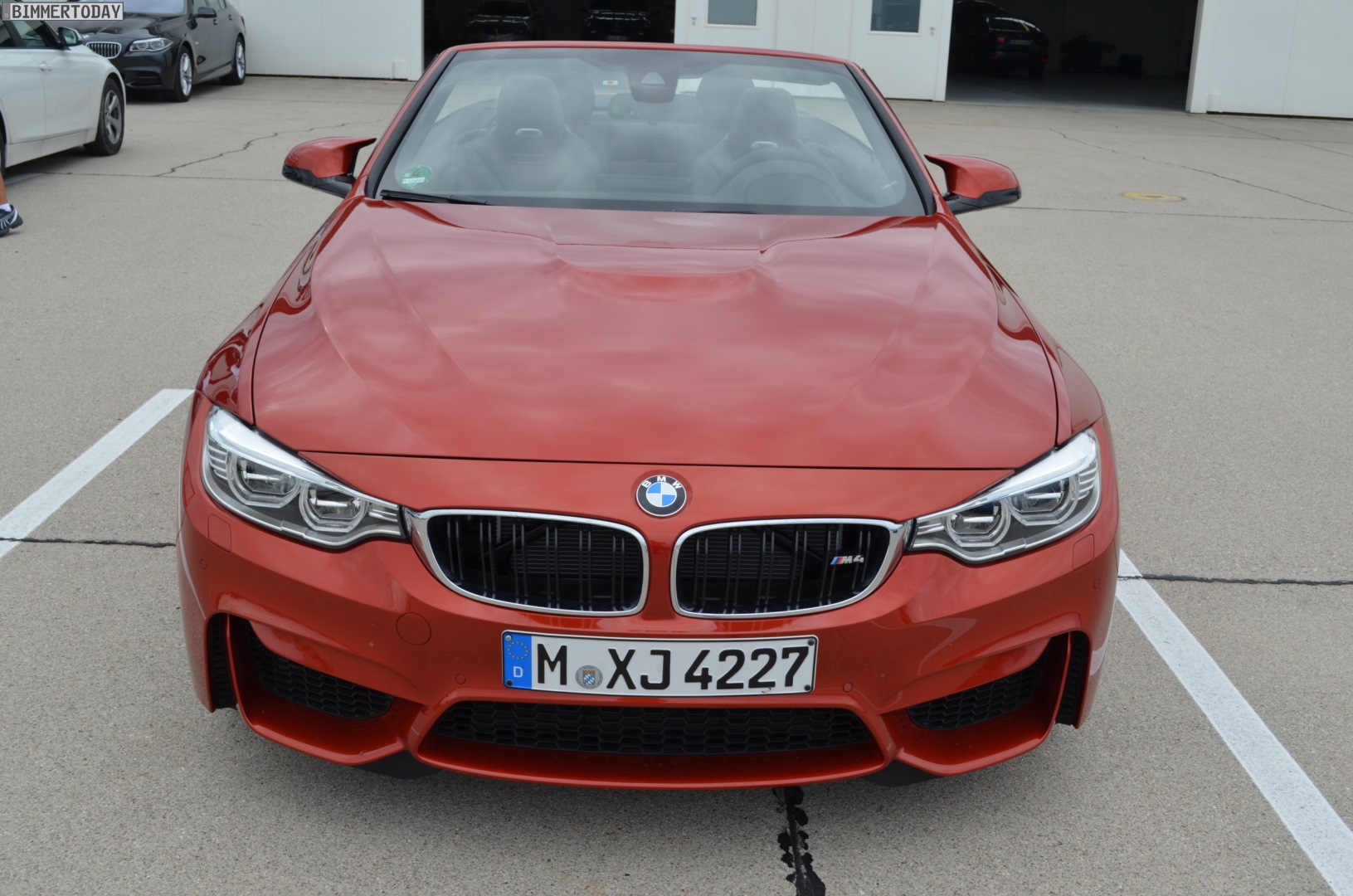 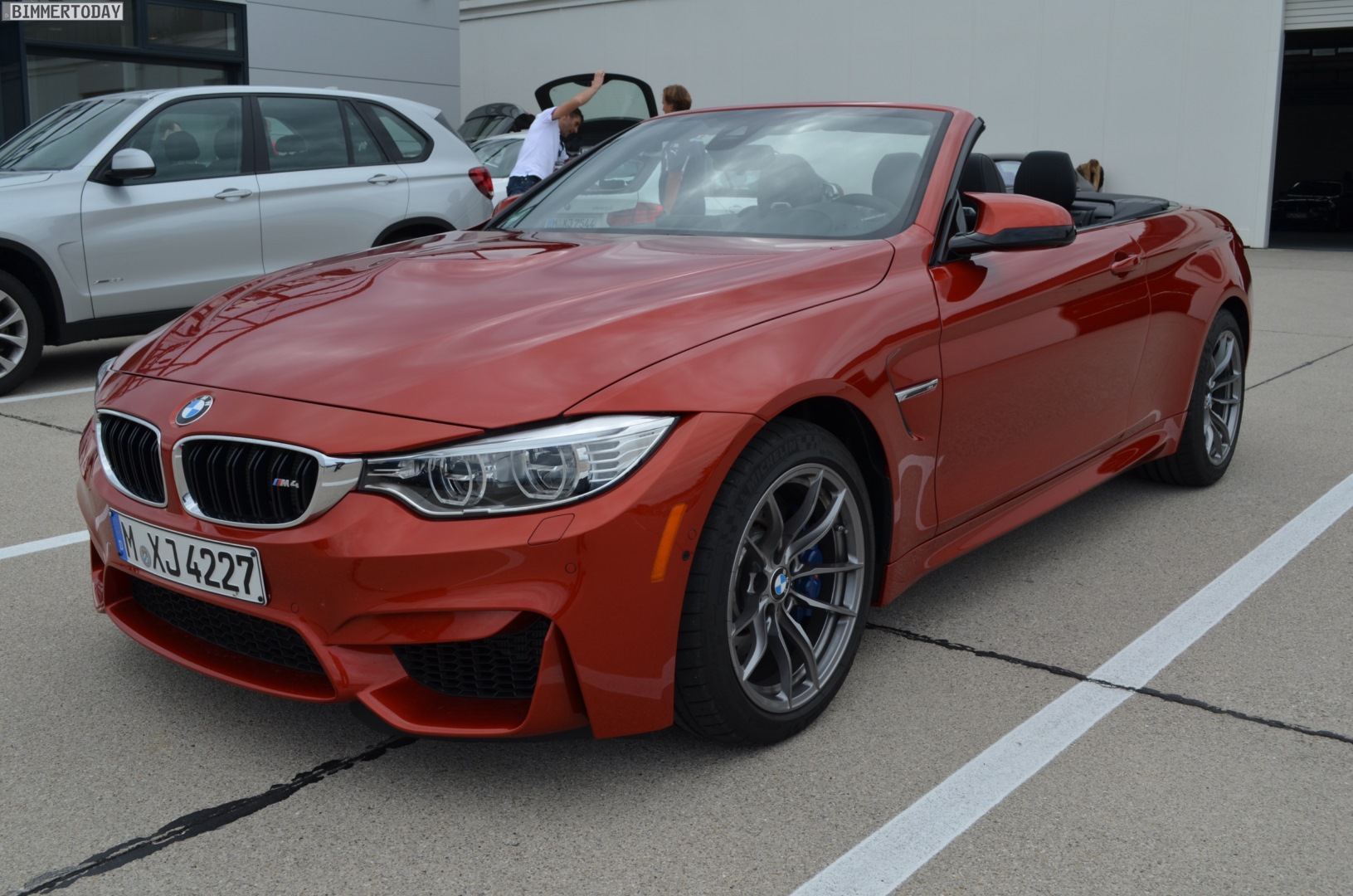 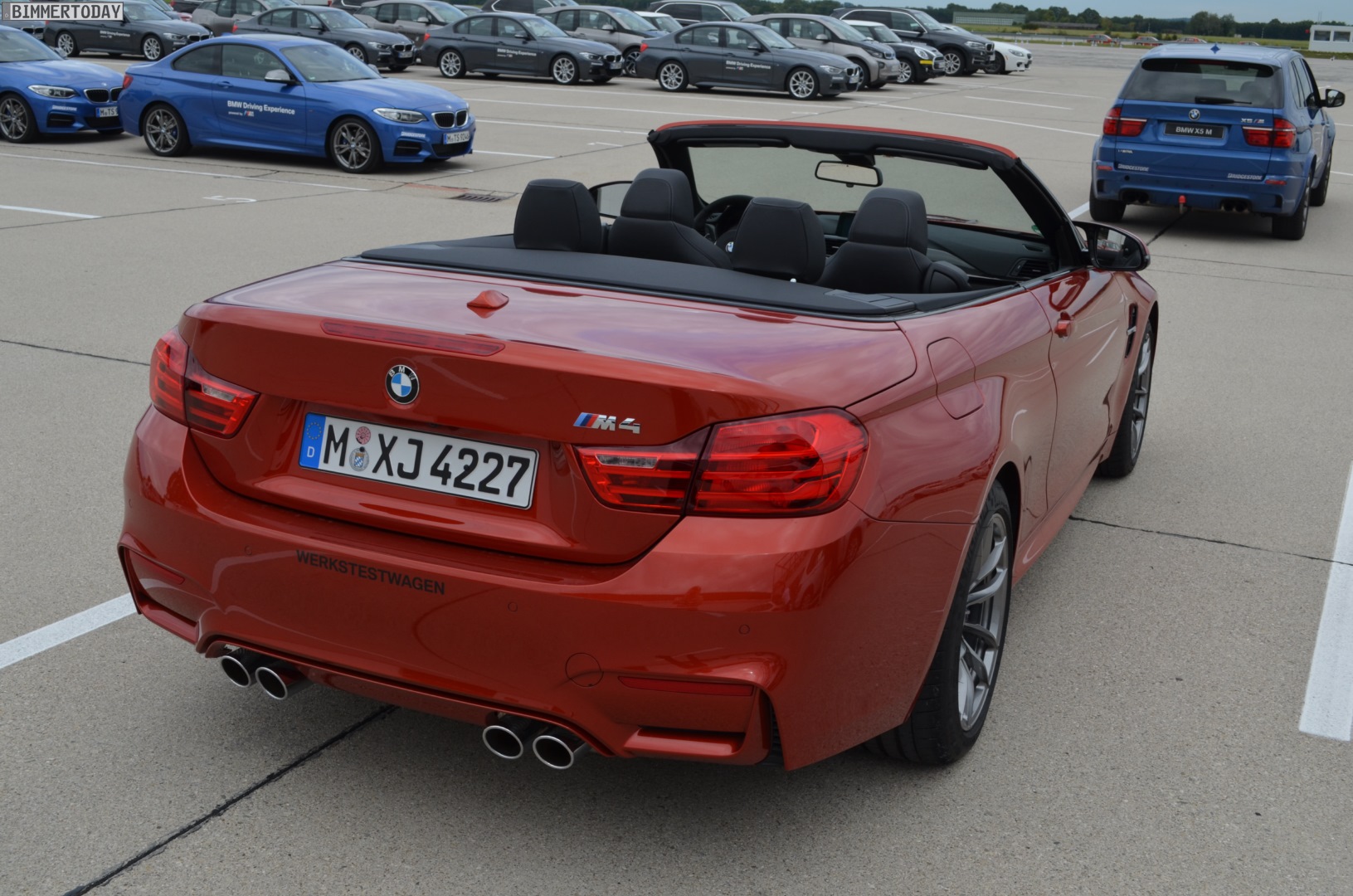 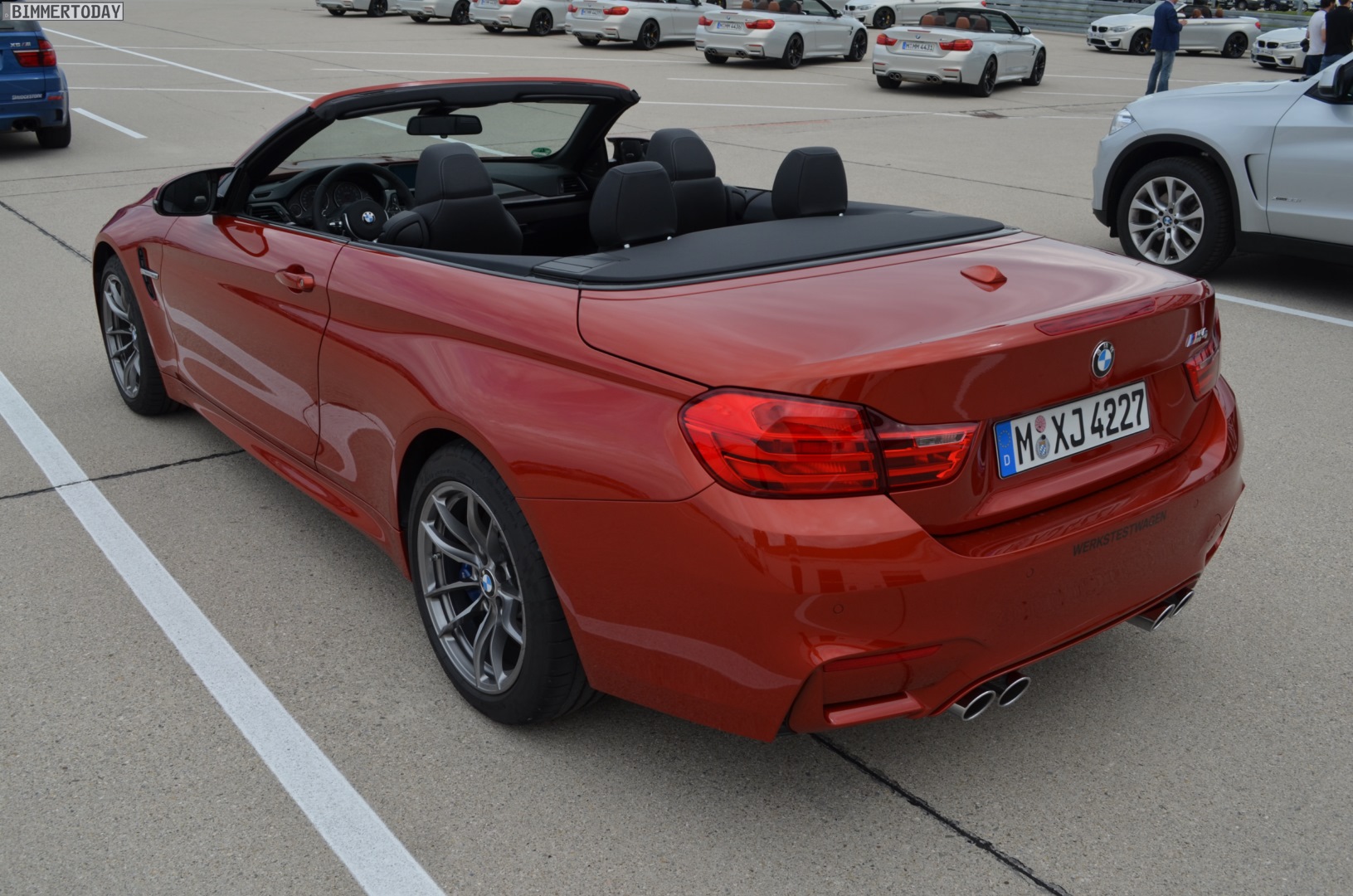 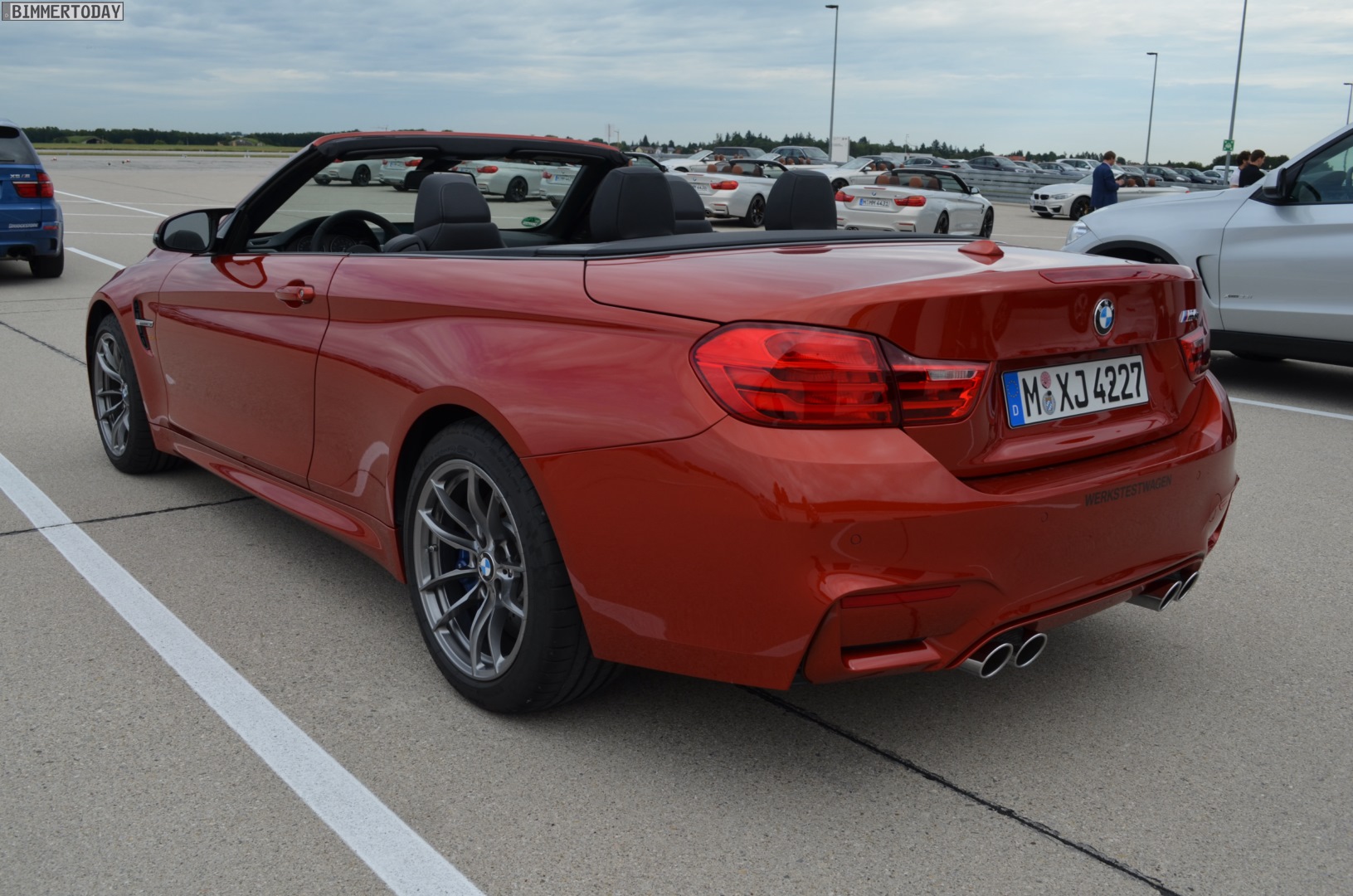 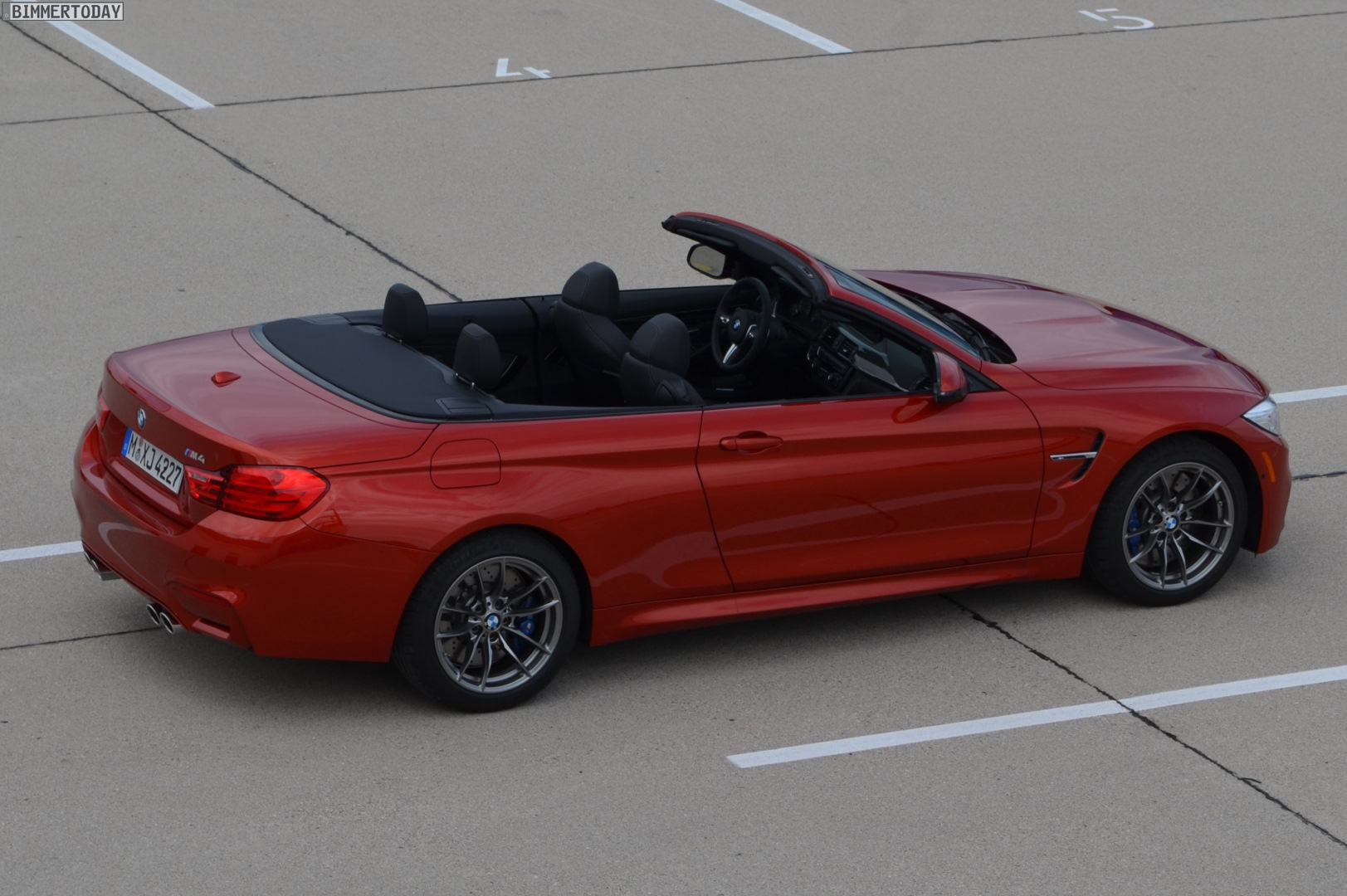