From Portugal, our sister-magazine Bimmertoday brings us a video aboard the F80 BMW M3. The footage gives us a closer look at the engine and exhaust sound of the new M3, along with some tachometer action.

The new BMW M3 Sedan and new BMW M4 Coupe from BMW M see a return to a six-in-line engine configuration, as used on the second and third generations of this iconic sports car. The new turbocharged unit, which can develop more than 7,500 rpm, combines the best of both worlds – on the one hand a high-revving design for instant response, linear power delivery over a wide engine speed range and an unmistakable and characterful engine note, and on the other hand BMW TwinPower Turbo technology for maximized torque over a broad rpm range. 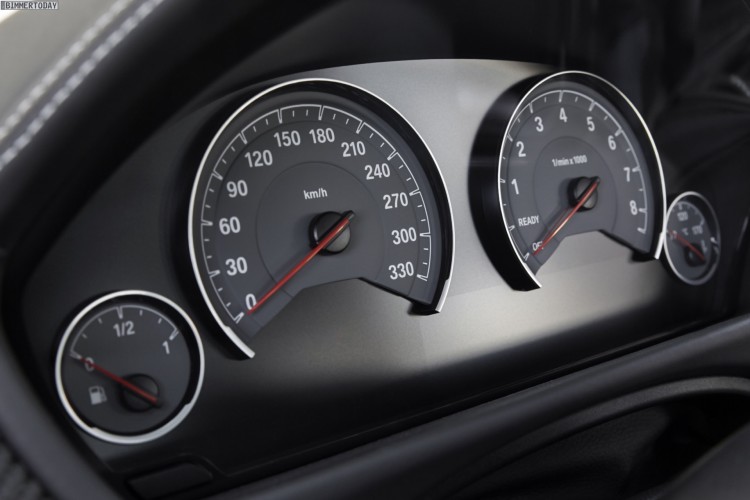 The new engine sees a slight power upgrade over the previous V8 to approximately 430 hp, while peak torque has been increased by well over 30 per cent to substantially more than 500 Newton meters, and is maintained over a very wide rev band. The new powerplant also boasts excellent fuel consumption, with an improvement of more than 25 per cent over the previous model’s figures, while emissions are already EU6-compliant.