Now that BMW has begun to deliver some BEV i3s to the ActiveE Electronauts, some of those in the ActiveE trial lease program who haven’t yet gotten their i3 have been asking how the i3 compares to the ActiveE. Questions on ride quality, acceleration, handling and charge rate have been asked, but the biggest concern is: How does the range compare? After all, with electric vehicles, range is paramount.

So I got together with Michael and Pamela Thwaite who just last week picked up their Ionic Silver i3 and we mapped out an 80 mile loop that would include roughly 50% highway and 50% secondary and tertiary roads. While everybody has different driving needs and patterns, it was our hope that this course would provide an evenly balanced mix of different driving conditions.

That being said, this wasn’t a carefully controlled scientific experiment. We didn’t weigh ourselves to make sure both vehicles were carrying the same weight, we didn’t calibrate our speedometers or record the barometric pressure so please don’t bother commenting on why this was a flawed experiment because it wasn’t perfectly controlled. We did make sure we had proper tire pressure, we took turns following and leading each other and we tried our best to maintain the same constant speeds. We met on Saturday morning at my restaurant which has two ChargePoint EVSEs in the parking lot and after about two hours of charging we set out with Pamela driving their i3 and my wife, Meredith, driving my ActiveE. Michael and I were the co-pilots so we could live blog the event, post pictures on social media sites and make sure we stayed on course.

With both cars fully charged, the ActiveE showed an estimated 86 miles of range, while the i3 predicted 96. Which will be more accurate?

It was a warm, cloudy day with temperatures in the 80’s. We knew we would need the air conditioning so we agreed to both use it only when we were driving over 45mph and under that we would just open the windows. The first stop, about 20 miles in, was the headquarters of BMW of North America. We figured it was an appropriate destination and since it was a Saturday they wouldn’t mind us parking in front of the main entrance for a photo op. We were pleased to find a life sized i3 decal applied to the glass of the front doors. BMW is evidently proud of their first all electric vehicle. At this point we had both used 19% of the available battery. I was surprised the i3 was holding its own, especially since that leg was about 75% highway. We did drive the speed limit on the Garden State Parkway though, and stuck to about 60mph. I’m sure if we drove faster the i3 would have used more battery than the ActiveE. Still, I really expected the ActiveE to jump out to an early lead since we were driving at highway speeds for most of the first leg. 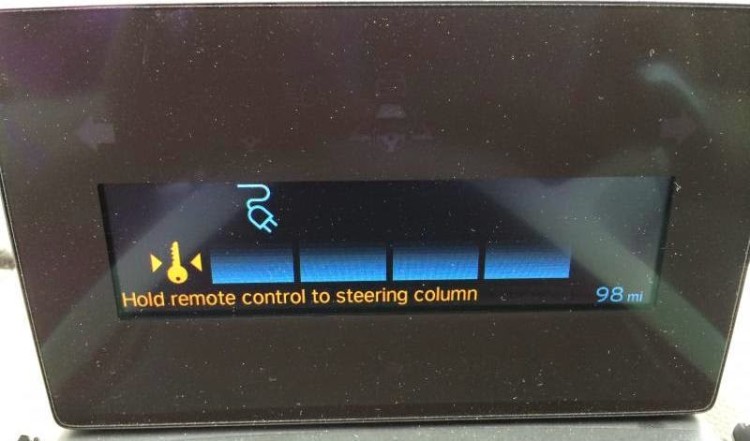 The next leg of the journey would be about 40 miles, with the first 30 miles or so on all secondary and tertiary roads and we would end up in Denville, NJ. Michael and I were trading texts during the way and for at least the first 20 to 25 miles of this leg (a total of 40 to 45 miles driven) we were still nearly dead even in battery state of charge with the ActiveE having a 1% advantage with battery state of charge.  On route to the Route 80 leg (which would be our highest speeds of the day and all uphill) we were driving on Route 23 at 50 to 55mph and the ActiveE started to gain an advantage of a few more percent.

We took turns following and leading each other for the entire route.

The final 20 miles were about 30% highway (this time down hill most of the way) and 70% secondary roads with about 4 miles of stop and go, traffic light to traffic light driving. We decided to make one last stop at an appropriate destination which happened to be along the way. We stopped at the Thomas Edison National Historic Park in West Orange. What would be more appropriate for an electric car challenge anyway?

After the quick stop we headed back to Nauna’s and finished the day driving exactly 80 miles. The ActiveE won the range challenge by 6 miles. Here are the final statics:

Then came the blow that the i3 couldn’t recover from. Driving on Route 80 upgrade at the 65 miles an hour speed limit for about 10 miles finally gave us the separation we expected. We were 60 miles in (59.8 exactly) and the ActiveE now had a 6% state of charge lead (46% to 40%) and a predicted range of 9 more miles (40 miles to 31 miles). This clearly reinforces what many of us imagined. The i3 is a warrior on low speed driving, but at faster highway speeds it’s a bit out of its element and the range will be substantially compromised. At highway speeds the weight of the car isn’t nearly as important as its aerodynamics, the exact opposite of low speed driving where weight influences energy use much more. The lightweight i3 has a respectable Cd of .29, but it is tall and has a large frontal area which increases its CdA (the combination of drag coefficient and frontal drag area) making it less than ideal for cheating the wind resistance at highway speeds.

So adding the mileage driven to the remaining mileage the i3 ended up with 96 miles of range and the ActiveE with 102. The i3 actually came very close to predicting the actual range and was only off by 2 miles since it predicted 98 miles of range when it was fully charged that morning. My ActiveE actually beat its range prediction by 16 miles, but that is because my regular driving routing is mostly highway so the car has learned to predict the range based primarily on high speed highway driving. All in all the i3 fared about as well as I expected. It is an incredibly efficient electric vehicle and is in fact now the most efficient car sold in America. However the ActiveE has a battery that is nearly 50% larger (21.6kWh’s to 32 kWh’s) than the i3’s battery and in the end battery size beat efficiency. If the i3 had just a couple more kWh’s, I’d be writing a different ending. BMW has been billing the i3 as its “Megacity” car. That was even the codename during development and they weren’t kidding. It is much better suited to live its life on congested city streets than it is roaming the high speed highways of the US and the Autobahns of its homeland. I would speculate the i3 will only go about 70 miles if driven all highway, and that’s at the 65 mile speed limit. If you were to increase that to 70 or 75 miles than the range will likely drop to 60 to 65 miles. However if you were to drive on secondary roads at around 35 to 40mph, I suspect 100 to 110 miles would be easily attainable in moderate temperatures when you don’t need the air conditioning or heater much. So if I were rating the range of the all electric BMW i3, I’d say 60 to 110 miles, conditions provided.

One last no-so-small detail. The i3 we used is brand new, while my ActiveE is 28 months old and has 20,100 miles on it. Based on my recorded data I believe its battery has lost between 8% and 9% capacity. If you factor that in, it’s clear that while my two year old ActiveE has a slightly better range than a new i3, it had a substantially better range when it was new. Probably about 15% more, which actually coincides with the EPA range ratings for both vehicles.

Article was first published on bmwi3blogspot! 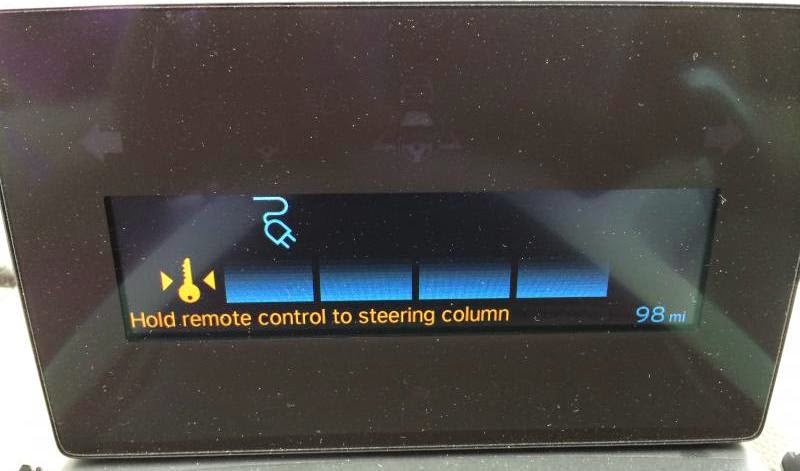