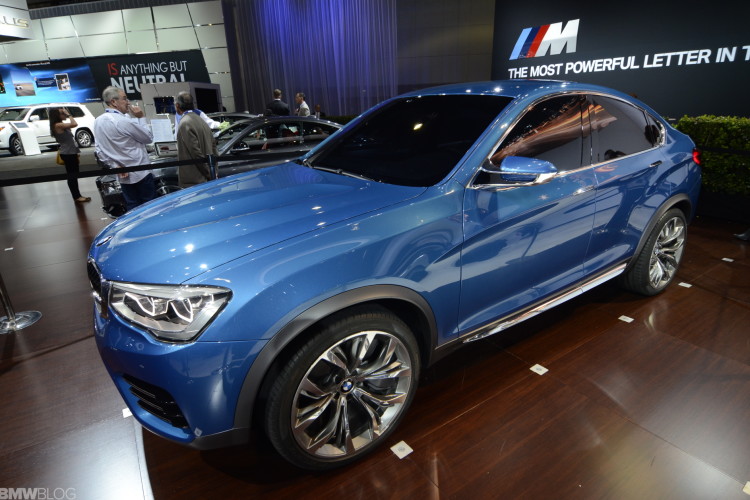 The upcoming BMW X4 makes an appearance at the 2013 Los Angeles Auto Show. In concept form, the BMW X4 is finished in a stunning Long Beach Blue and sits on new 10-spoke wheels. BMW X4 stands out with its massive and sporty front-end. 3D kidney grilles and “squared” circular headlights are being icons on all the new BMW models. The headlights flow into the kidney accentuating the width of the nose and a focused look on the road. The side air intakes are larger than the inner horizontal bars and make a visual feature of the increased cooling air requirement.

At the rear, the elegant coupe style roofline makes the car appear longer and more dynamic. Engines are still yet to be confirmed, but the line-up is expected to be shared with the X3. Therefore, the entry-level X4 20d will be powered by the 181bhp 2.0-litre diesel and the X4 30d fitted with the 254bhp 3.0-litre straight-six. The X4 will be based on the same platform as the X3, so both rear wheel-drive and xDrive variants will be available.