The i3 Reveal – The Birth of the BMW MegaCity

Home » The i3 Reveal – The Birth of the BMW MegaCity 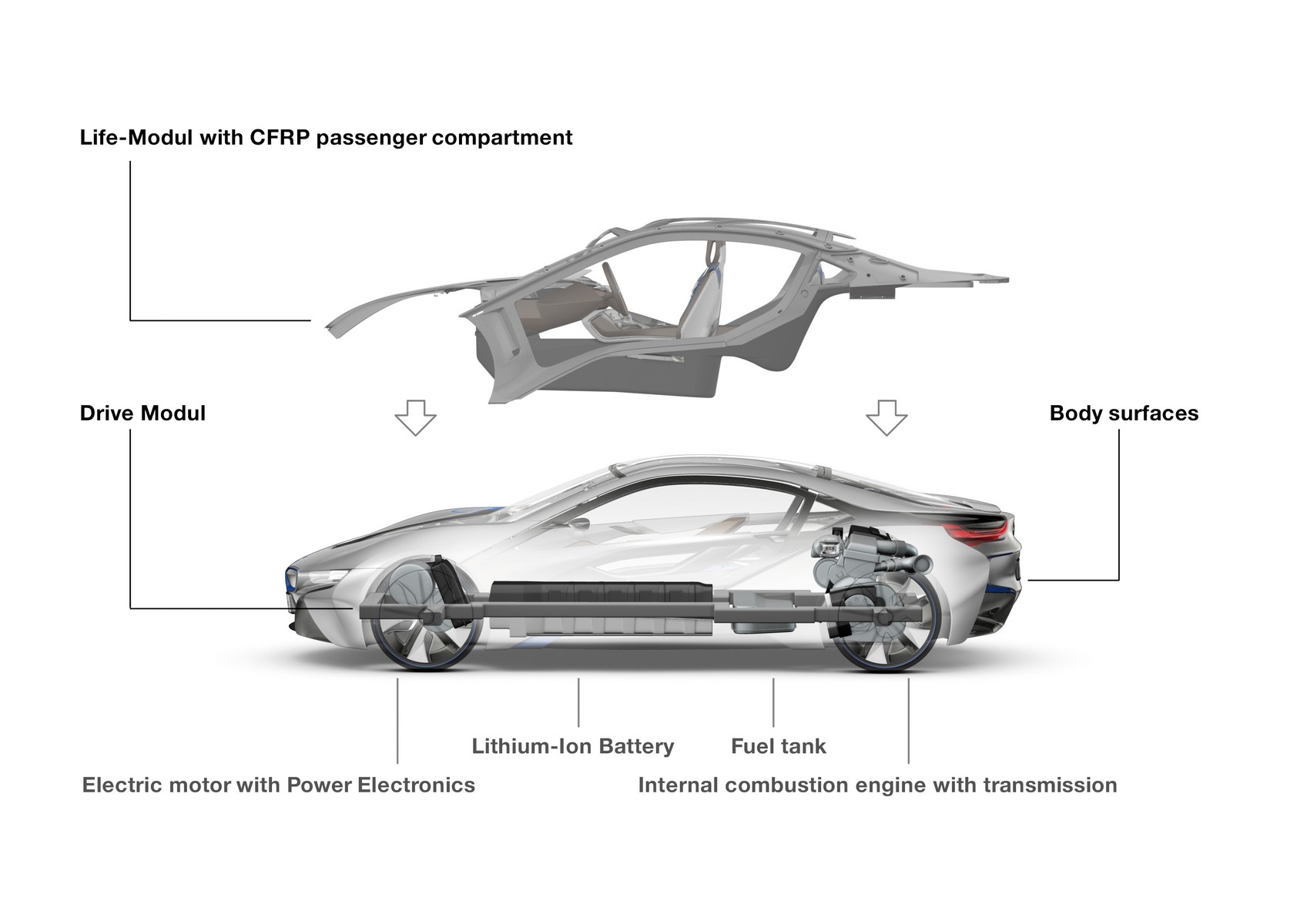 BMW has just recently been plying journalists to and from Portugal to sample the new 4 Series Coupe. And somewhere in the near future the M3/M4 and 2 Series vehicles will be unveiled. In a tour of the Leipzig plant last year, BMWBLOG noticed a new hall being built to accommodate Schuler metal stamping presses. The BMW car, as has been defined since the Neue Klasse arrived, has yet to leave the scene but . . .

In an announcement close to the public reveal of the i3 the German word ‘vorfreude’ appeared. In English it literally means ‘fore joy’, but possibly more accurately ‘joyful anticipation’. One supposes that the old ’70s era Carly Simon tune could be drug up, but . . .

The MegaCity launch has officially been going on since July 2011 when members of the press were shown the i3 and i8 concepts in Frankfurt ahead of the 2011 IAA Auto Show. In the intervening two years the i3 has come into focus steadily, its technology explained, rides given, and, more recently, select journalists have had an opportunity to complete short drives. Regardless of everything else going on at BMW, the i3 launch is where the weight of the corporation is right now.

This Is Not Your Father’s Ultimate Driving Machine

The early drives have debated how ‘BMW’ like the driving experience of the i3 is. Some have panned it while others have praised, but they may be missing the point. This is not the car that is intended to go from Kansas City to Denver or tear up the circuit on club track days. It is intended to serve in the mega city markets (over 10 million population) – though it will also be on sale in other markets. That is why the reveal is taking place simultaneously in three mega cities, Beijing, London, and New York.

The i3 needs to be viewed in the context of its purpose. It is an all-electric drive vehicle (even the IC engined range extender merely feeds a generator and is not mechanically coupled to the drivetrain). It has sufficient range to handle day to day driving needs and the occasional foray into the nearby countryside. (For longer journeys BMW USA has given the i3 owner a program that offers the loan of a conventionally powered car.)

In terms of what the dynamics of the car should be, given an urban driving cycle – with its pockmarked roads under constant repair, the optimization of ride and range would appear to be paramount. Yet enough of the BMW driving character has to exist underneath the eco-urban qualities of the i3 to retain the BMW roundel. Regardless, this will not be the usual ‘Ultimate Driving Machine’ of yore. 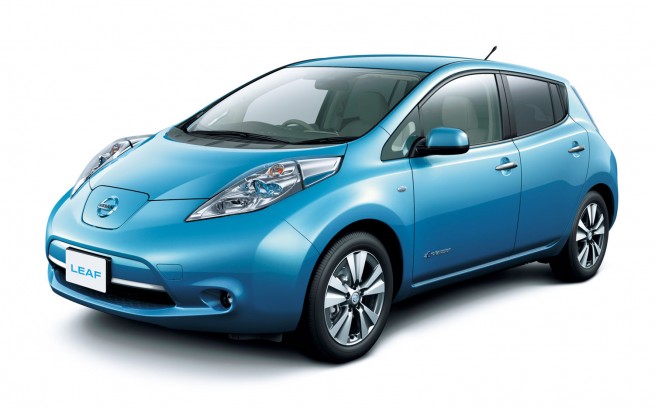 There are a number of purely electric vehicles on sale in the United States and several new entries are anticipated in the coming years. Available now are a number of vehicles including the Mitsubishi i-MiEV, the Tesla S, Nissan Leaf, Ford Focus Electric, Honda Fit EV, and even the Wheego Whip. Some of these models are available in limited markets only while others enjoy general availability.

The i3 is priced just a bit above the i-MiEV, the Focus Electric, and the Leaf, anywhere from approximately $13,000 to $7,000 more even after government incentives. So what warrants the BMW’s higher price? BMW hopes that the styling, connectivity, and performance of the i3 will convince buyers that it is worth the difference.

The i3, as can be seen in the prematurely released photos, has placed a premium on styling. While some might think the exterior to be a bit ‘dumpy’, a tall two-box structure, its interior is absolutely stunning. There is a simplicity and lightness to the form, a Danish modern or slightly Scandinavian feel – it looks to be a perfect distillation of what’s needed to pilot a car in comfort in an otherwise chaotic (read urban) environment.

Then there is the work BMW has done to make the i3 one of the most connected vehicles on the planet. BMW has ensured that the i3 optimizes your range through its navigation system and connected apps. It will pick a route to your destination based on remaining range and available charging points. Using smartphone access reservations for charging, and the timing of charging, can be undertaken and even alternative transportation can be arranged, using intermodal route guidance. This is a level of connectivity that has not existed previously. In addition BMW is actively involved in the provision of charging infrastructure. 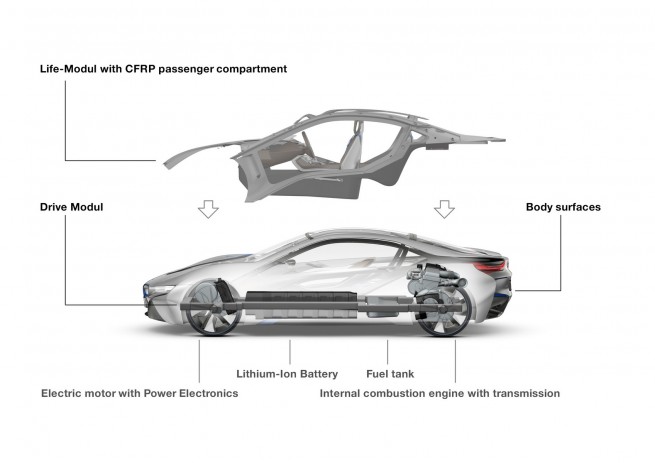 It is BMW’s use of carbon fiber reinforced plastic (CFRP) for this mass produced car will allow for decent range AND performance. Range and performance are trade-offs in electric vehicles, one comes at the expense of the other. But BMW anticipated the need for good range and performance and subsequently have taken steps to allow both by shaving weight – six hundred or so pounds less than its competitors. That advantage is seen in the range and acceleration numbers. Range is very good for an all electric and the 0-60 times will give many gasoline powered cars fits.

Is This the Future?

Is this the future? No, but it is the start of the future. The electric vehicle has been around in one form or another for over a century, even though BMW has done a remarkable job with the integration of the power cells into the i3’s battery pack – accounting for the temperamental environmental requirements of batteries – and builds the motor in house. Given the investment BMW has made in the recent past for conventional manufacturing capacity, this isn’t the end of the ‘Ultimate Driving Machine’ however.

But it is, with its novel CFRP construction process and complex connectivity, a ‘voraussehen’ of the future. The i3 starts BMW, and us, down that road.