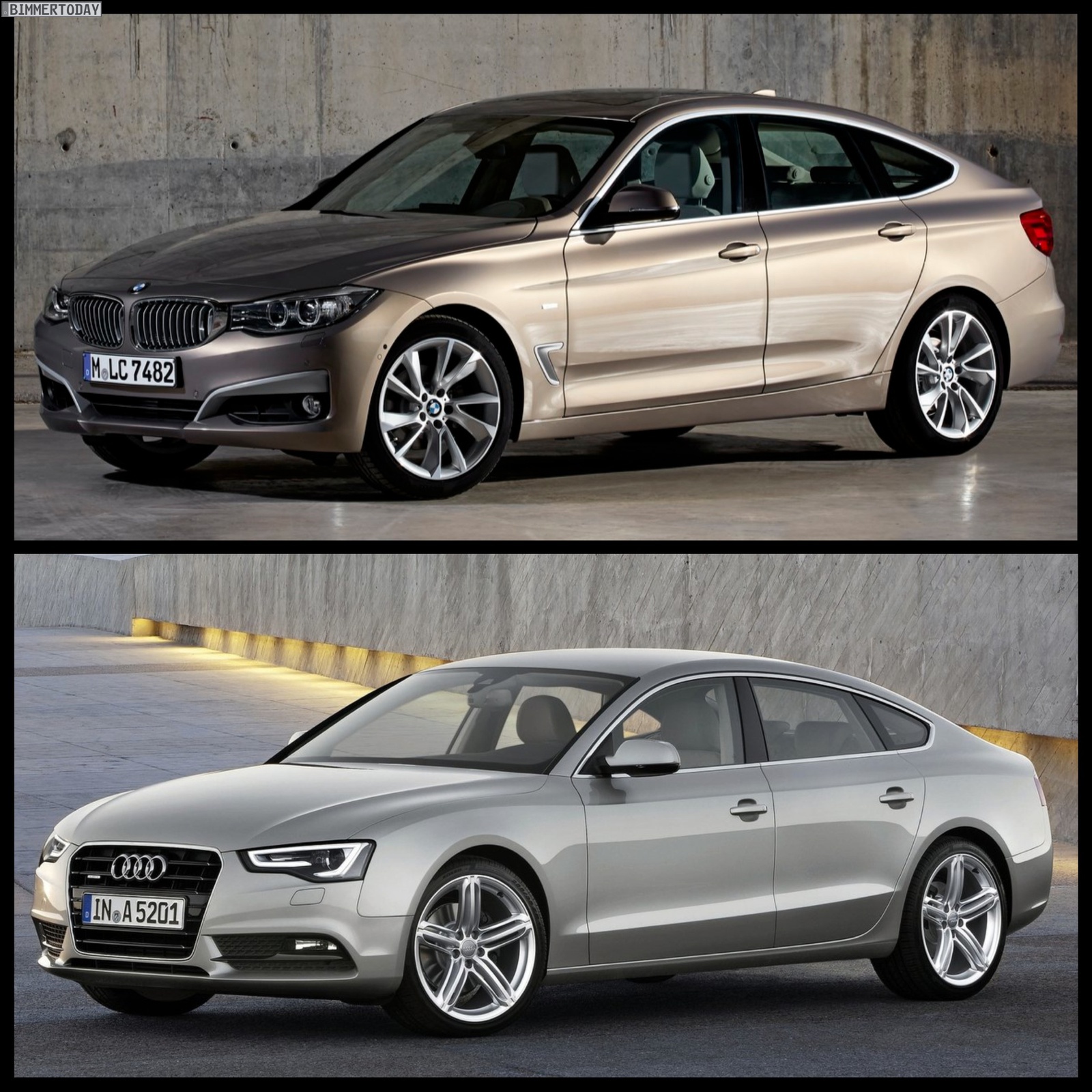 So what’s the closest competitor to the new BMW 3 Series Gran Turismo? From a design standpoint, one could say that the Audi A5 Sportback comes the closest, even though its dimensions are slightly different. The A5 Sportback is four centimeters shorter, sits lowers than the 3 GT and offers less interior space.

Despite the larger dimensions of the new 3 Series GT, the two vehicles are relatively close in weight: a BMW 318d GT with 90 percent of its tank full, 75 kg for driver and luggage, is only 25 kilograms more than the 143 hp Audi A5 Sportback 2.0 TDI with front-wheel drive. The combined fuel consumption of 4.5 liters give both manufacturers something to brag about, and performance wise from 0 to 100 km/h shows the A5 being three tenths faster than the 3Ingolstadt and Munich. 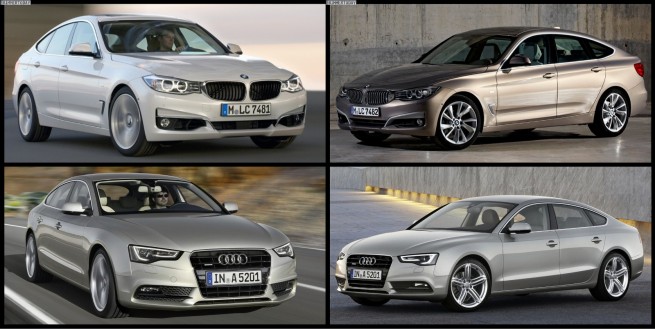 Optional in both cases is the all-wheel drive system, but even with the top A5 quattro model and 335i GT, the Audi is more powerful.

Since beauty is in the eye of the beholder, we will refrain from concluding which one has more appealing design lines, so we will give you the chance to look at some comparison photos and vote on it. 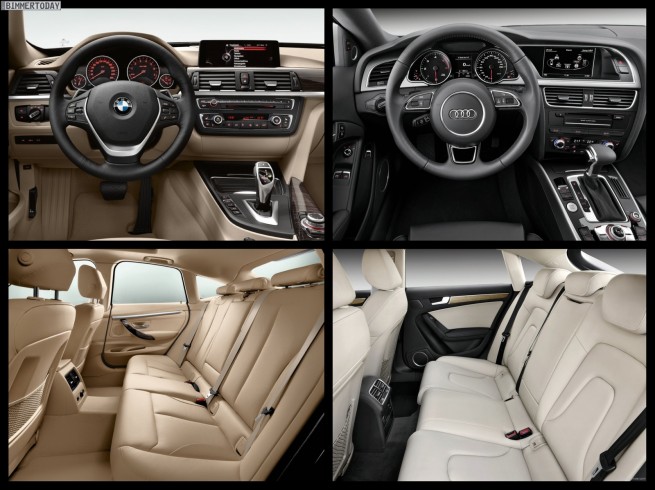 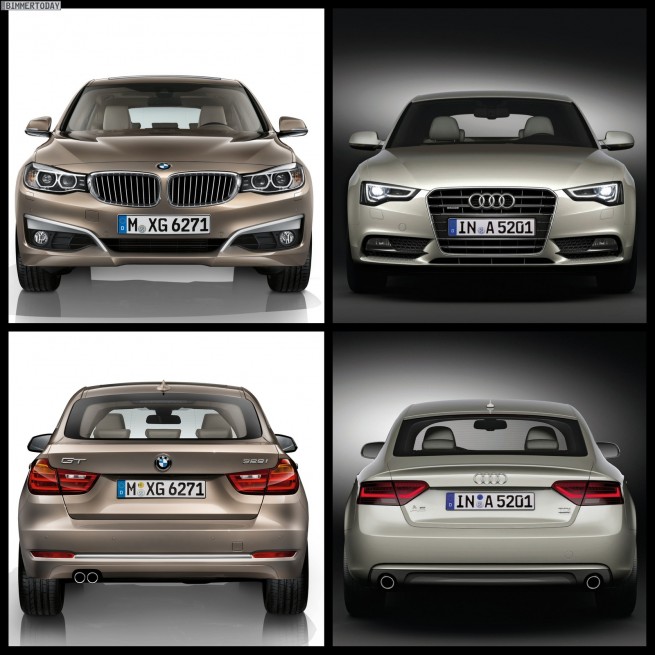 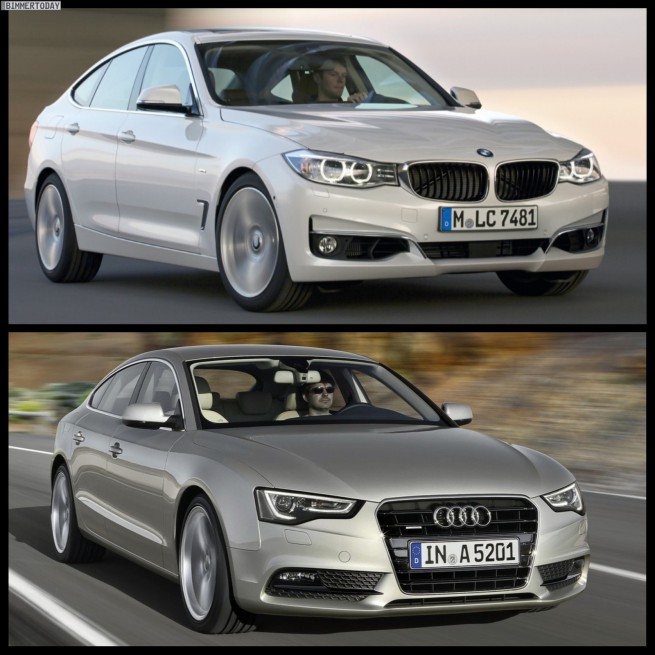 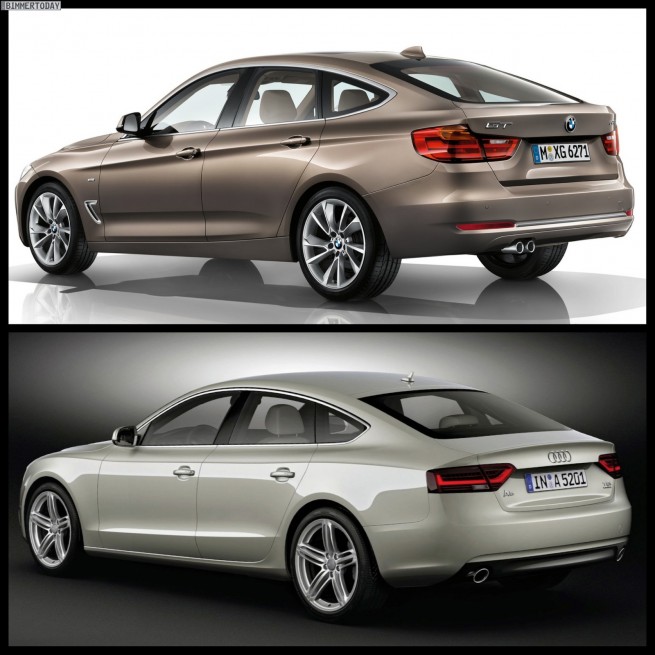 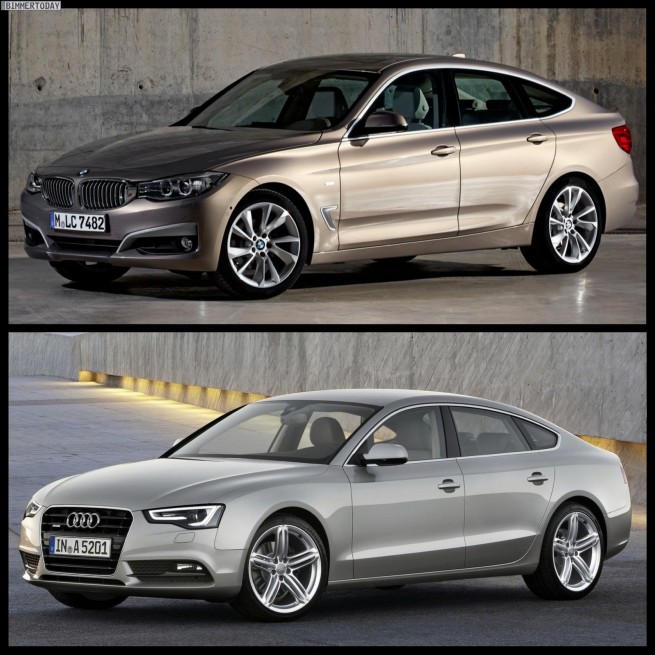 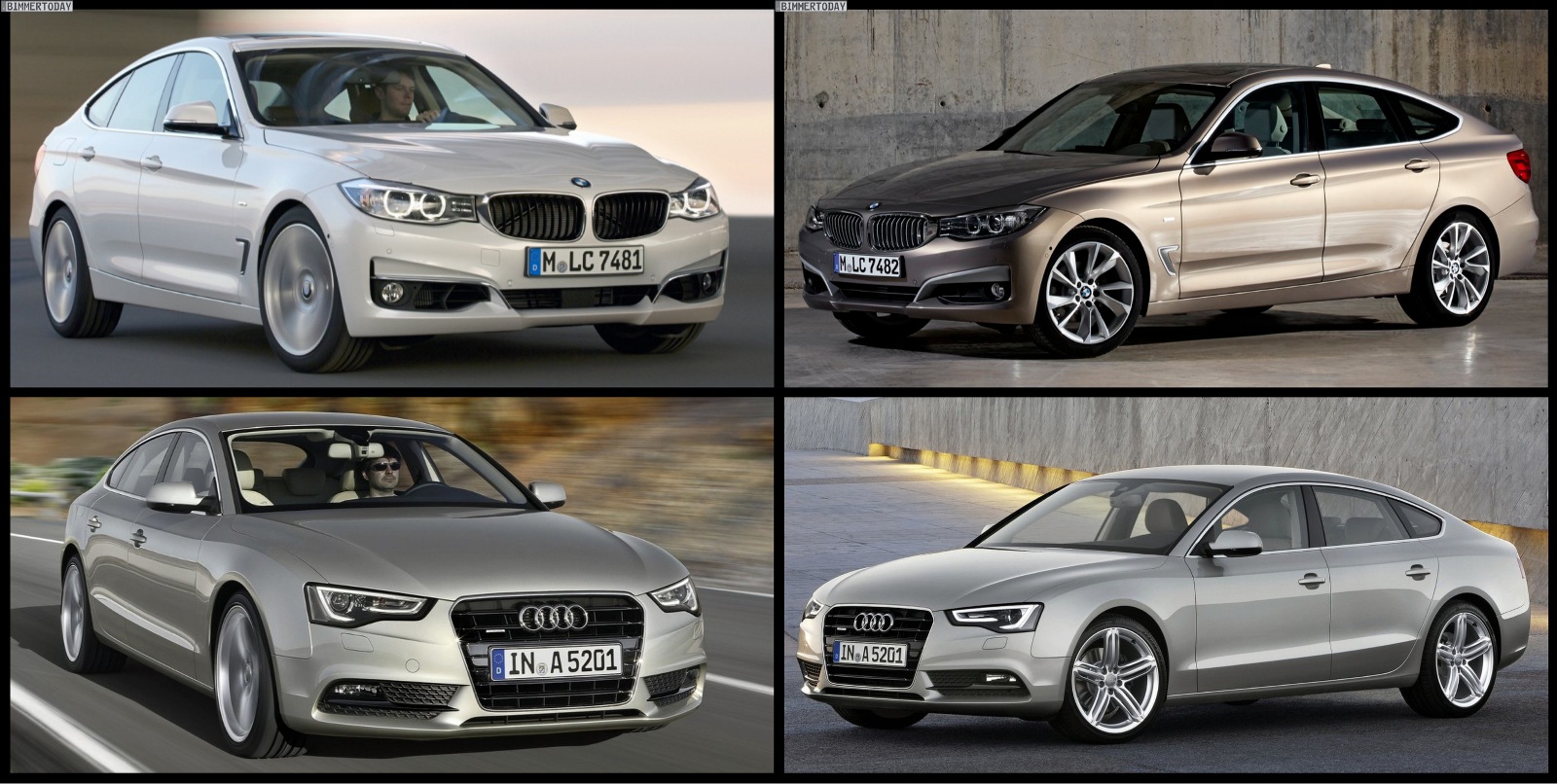 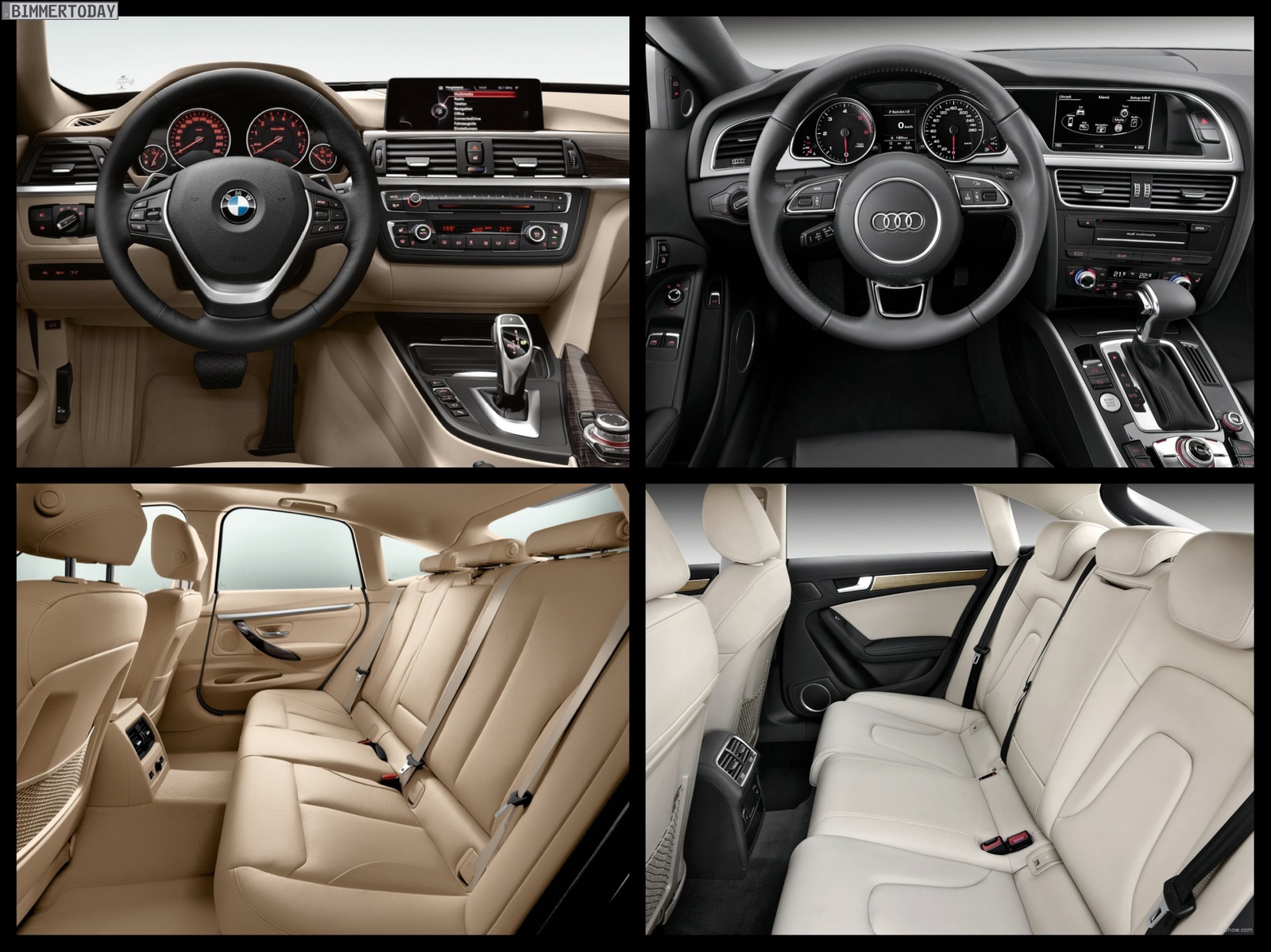 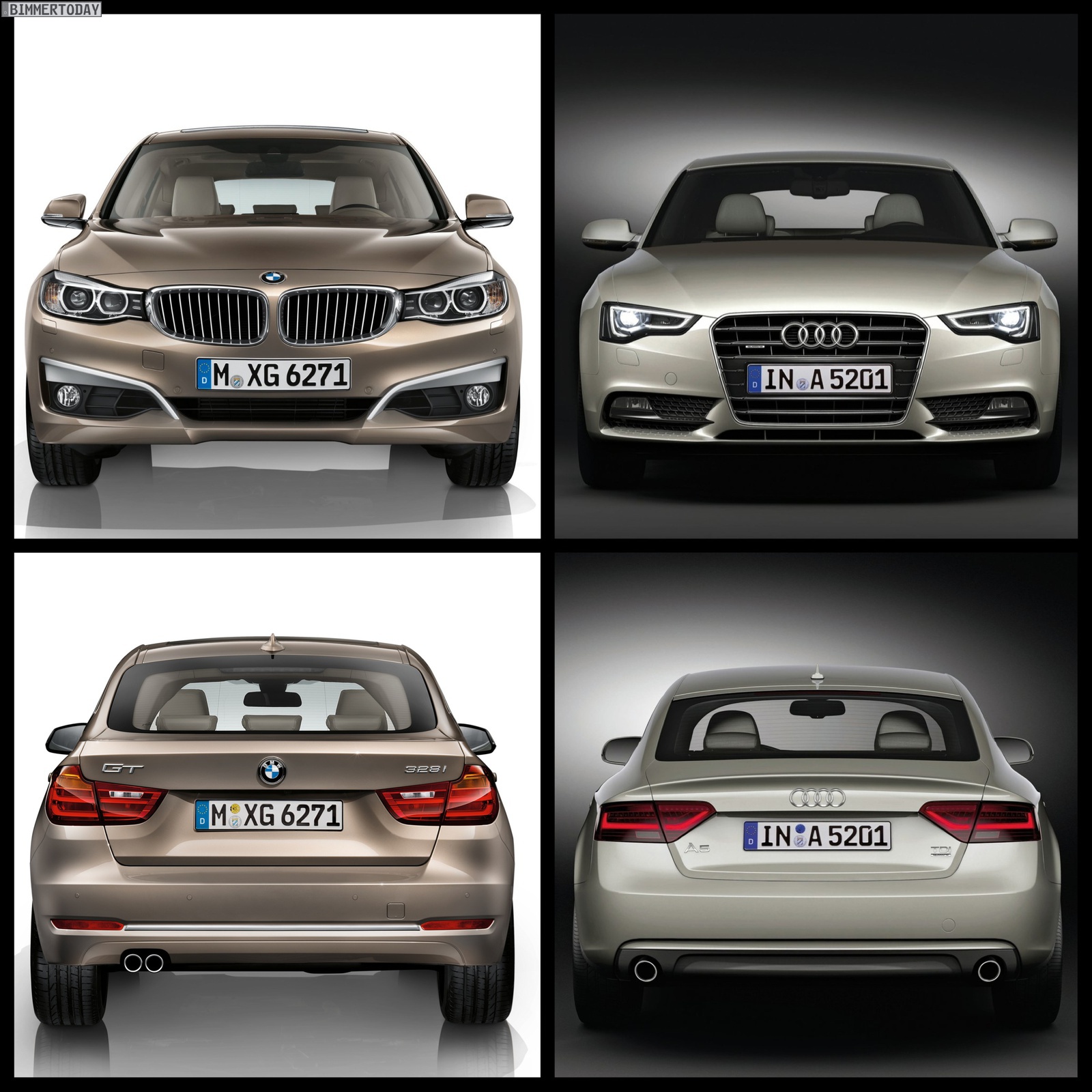 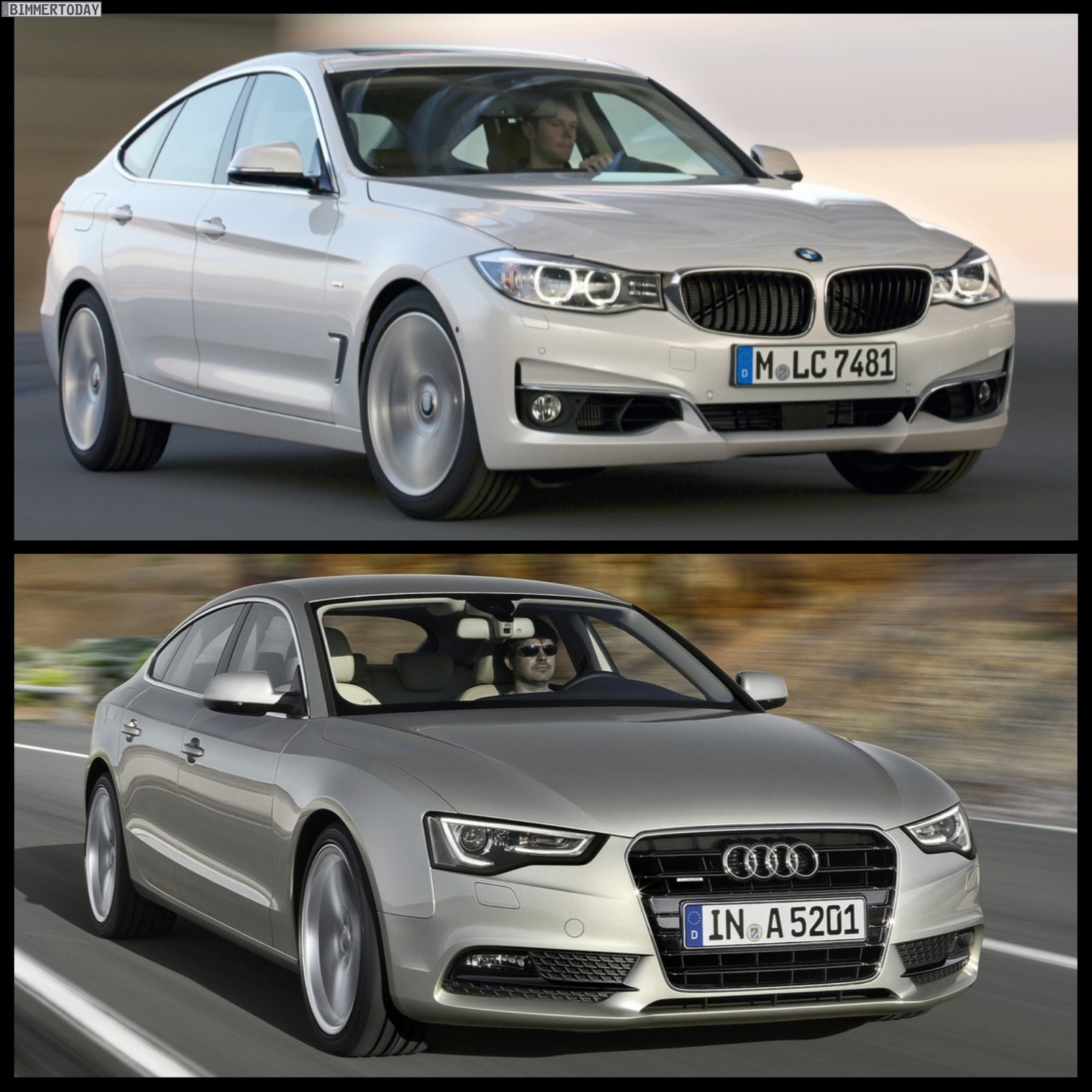