According to the fluffy BMW press release, the “4” stands for greater sportiness, greater exclusivity and even clearer differentiation from the BMW 3 Series range.

In the photo comparison below, we are comparing the new coupe against the previous generation. The different angles give you a 360 degrees impression on how the two cars differ.

As expected and following a trend seen in the recent decade, the BMW 4 Series Coupe has grown in size. The F32 4er is 1.6 inches longer and wider than the E92 3 Series, with a wheelbase 1.9 inches longer. To increase its dynamics, the 4 Series Coupe also sits 1.3 inches closer to the ground while mounted on a wider track: 1.7 inches at the front and 3.1 inches in the rear.

The car is still in concept form so BMW has refrained from providing the weight, but we expect it to be slightly heavier than the E92. 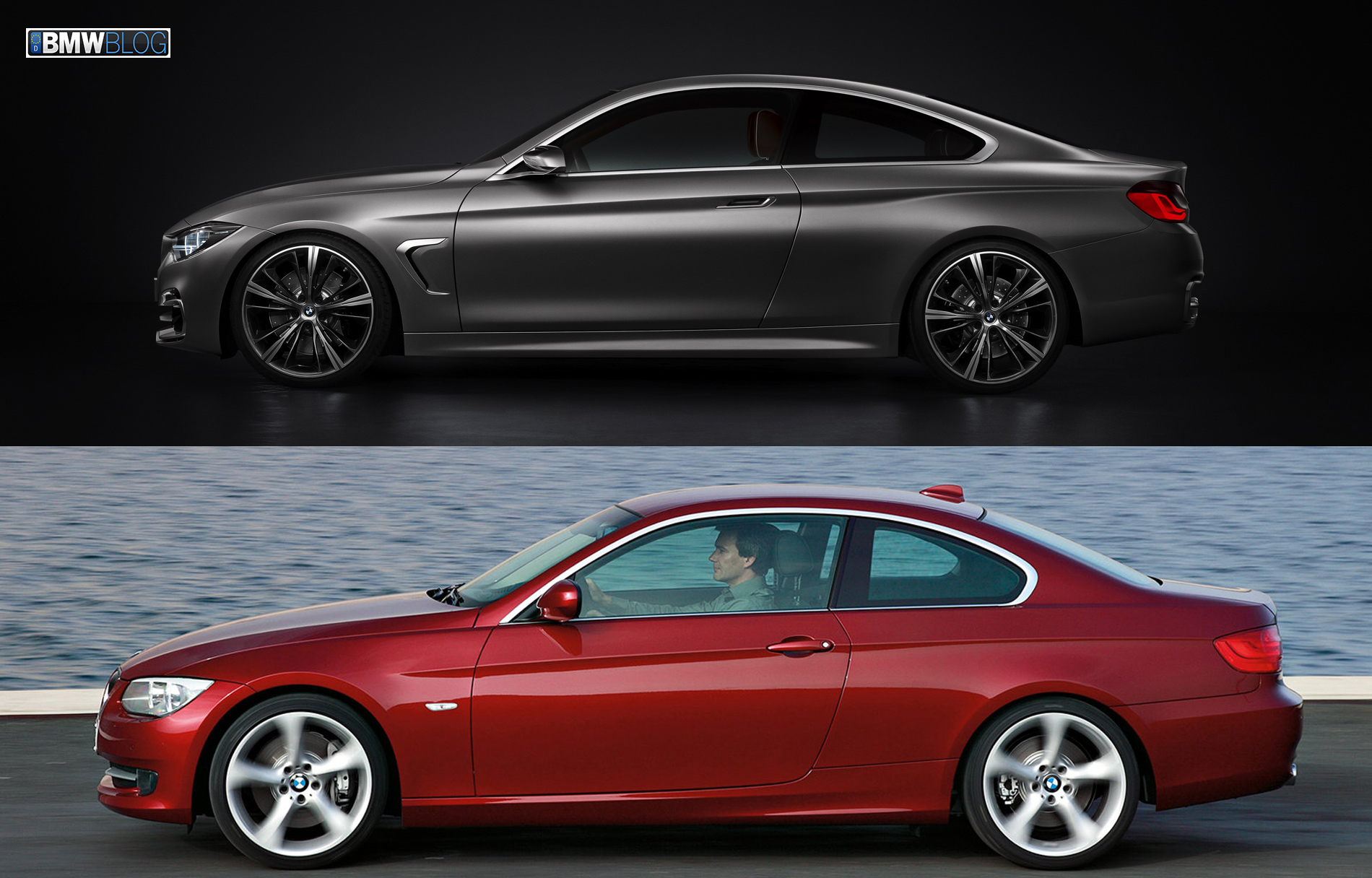 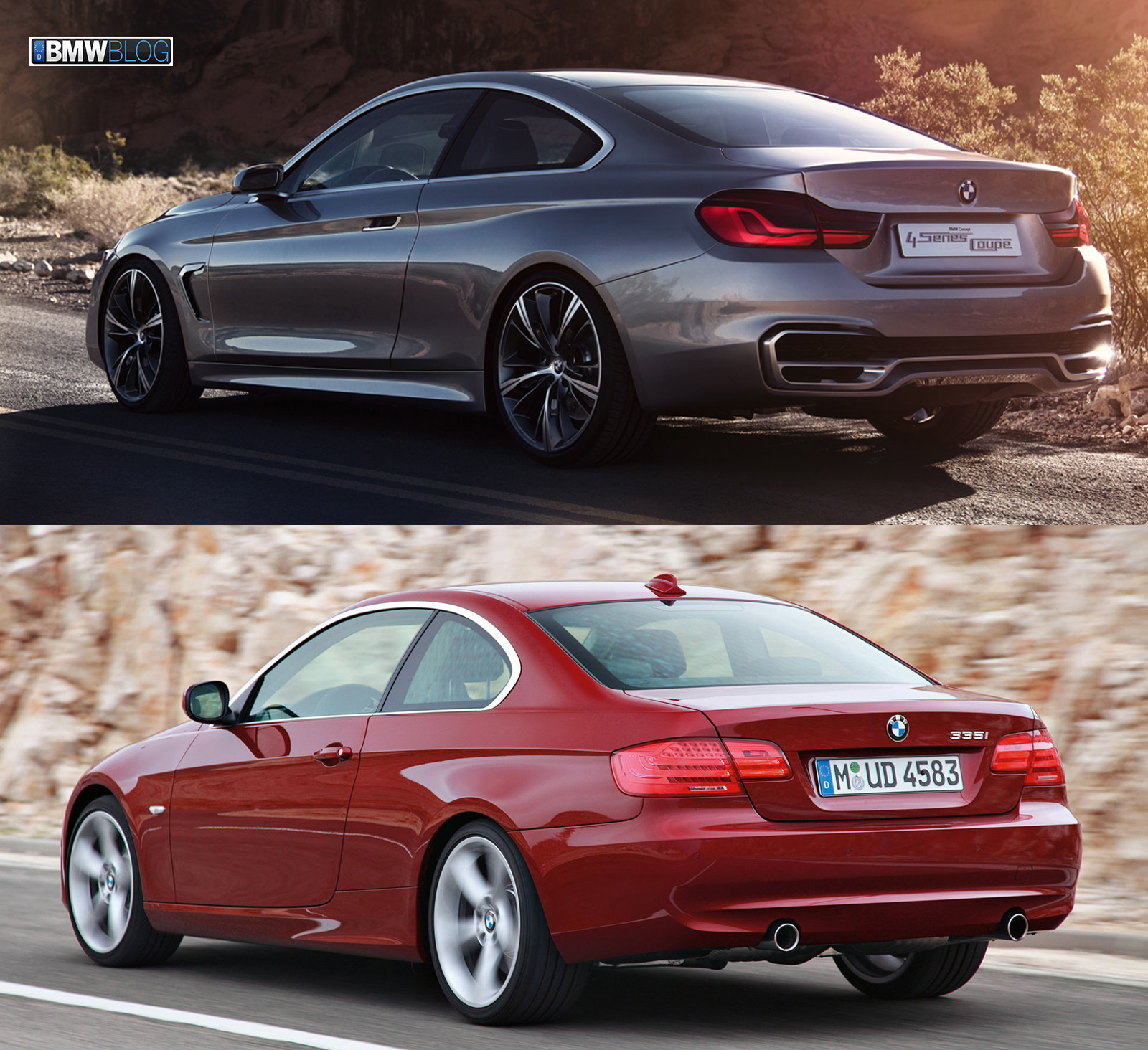 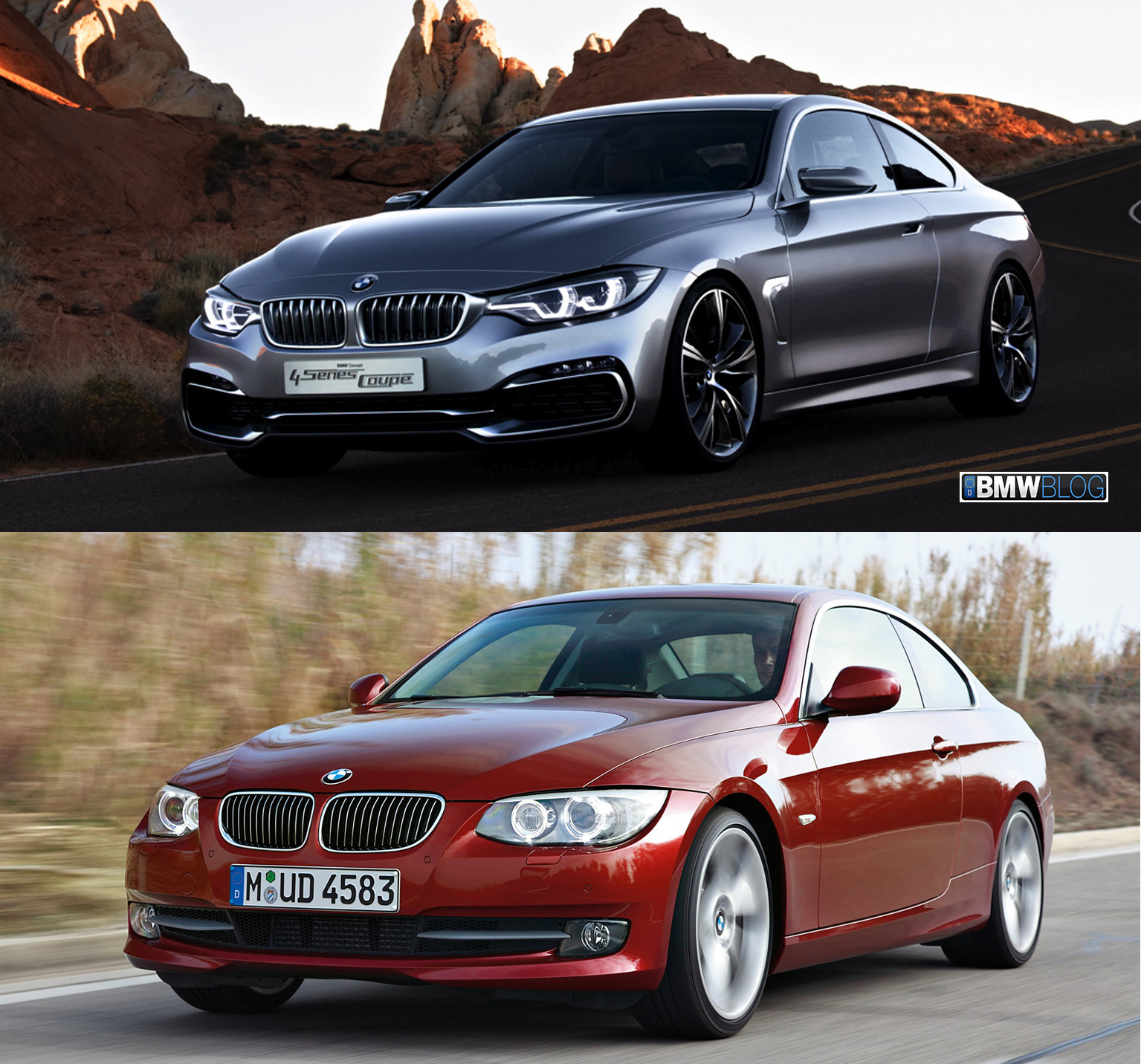