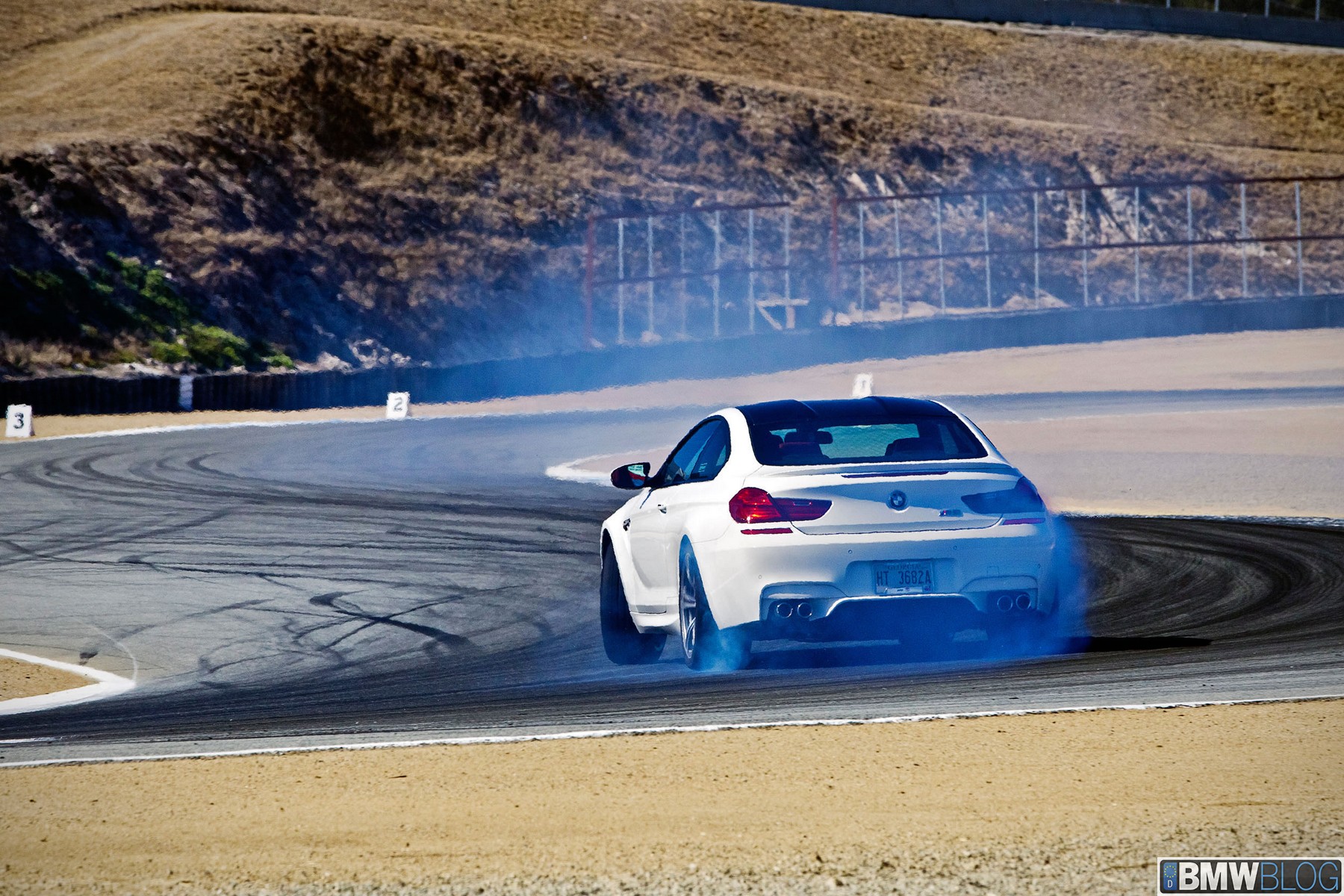 Michelin’s new Pilot Super Sports have some very, very big shoes to fill. Michelin has developed them as the replacement of the much beloved Michelin Pilot Sport 2 (PS2). Not only are they supposed to perform better than the PS2 but they are supposed to last longer too.

Introduced to the motoring world in 2011, the Pilot Super Sports come factory installed on some wold class performance cars such as BMW’s new M6 and Ferrari’s 599 GTO. As BMWBLOG recently drove the Pilot Super Sports at Laguna Seca Race track during the press launch of the new M6, autocrossed them on an E90 M3 and has driven them on the F10 M5 launch in Spain, we figured it’d be a good time to scribe our review of them. 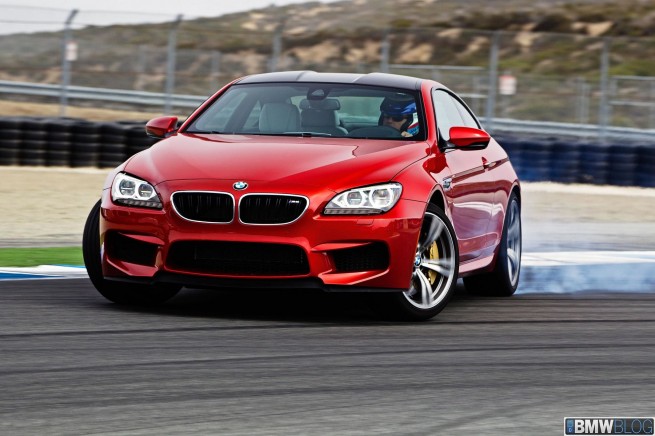 Michelin claims the Pilot Super Sport is the world’s fastest series-produced tire on the race track. That’s a big claim and they provide a third party reference where the Pilot Super Sport recorded the fastest lap time in a dry-circuit test which was conducted against its five leading competitors in 2010 by TÜV SÜD Automotive, an independent organization, using 245/40 ZR 18 Y and 235/35 ZR 19 Y tires.

In the process of developing the Pilot Super Sport, Michelin manufactured and tested 2,200 tires for BMW M. And where would you guess Michelin would test performance tires for BMWs?

The Nordschleife of course and being a French company they also tested at Ladoux Testing center in France.

The Pilot Super Sport is a unique combination of three technologies. A bi-compound approach taken directly from Michelin’s racing tires where the outside portion of the contact patch has a special elastomer which ensures endurance during cornering and the inside of the contact patch has a special tread design prevent hydroplaning in the wet. Michelin uses their “Twaron” reinforced belt which is lighter than steel but five times stronger in theses tires for strength.

The third innovative technology in the Pilot Super Sport is the “Variable Patch 2.0” – where do they come up with the names for this stuff? – it helps the contact patch change shape depending on driving conditions keeping more of the tire on the road to provide cornering grip.

Michelin set up an event where participants were able to compare Michelin Pilot Super Sport tires by autocross E90 M3 sedans. Autocross one then get out of it and drive an M3 outfitted with a competitor tires. Literally back to back. They even came with a pro racing driver sitting in the passenger seat to answer questions and make sure you didn’t kill yourself in the process. The tire I compared was Continental Sport Contact 3. Running the course back to back in the DCT equipped M3s, I noted the Michelins provided greater sense of control of the car and more predictable at the limit as well as greater grip. Now I will throw a disclaimer out there that I am not a pro driver, have no idea what the tire pressures were or even if both sets of tires had the same amount of wear on them. I did not have a reason though to think that the Michelin guys had sabotaged the Continentals. And yes that tool in the flip flops is me. I know, I know, should have have had my Pilotis on but hey it was a DCT and flip flops weren’t specifically excluded on their waiver forms. 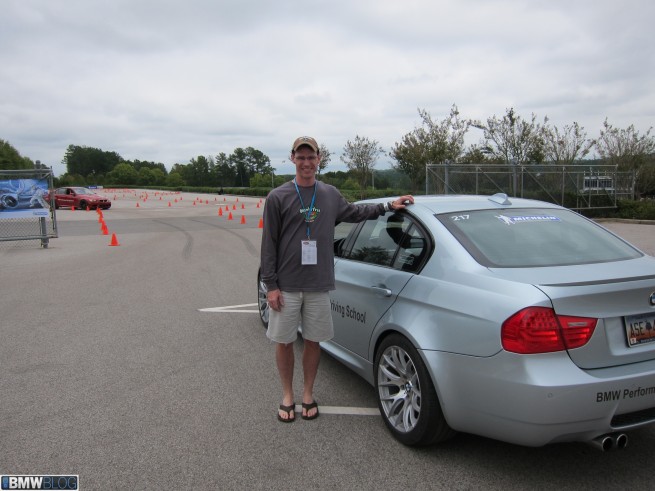 Our Shawn Molnar has also shared his experience with the Michelin Pilot Supersorts:

The new F12 M6 was an amazing car on track. I have very little negative to say; it really is blazing fast. The tires on the new M6 are Pilot Super Sports and they are excellent. In a photo from Spain I managed to get the inside wheel up off the ground by an inch or so in the M5 while accelerating through a corner in Spain. That kind of grip is unheard of in a street tire. I did have them nice and hot though. These tires will get so sticky after putting heat in them that when you pit you’ll pick up gravel and sand off the track surface and spray it into the wheel well – again, that’s something normally only R comps do.

They also seem to last a very long time despite my sliding around. I’ve gotten similar performance out of Yokohamas and I’ve never driven these on track in the wet, I’m guessing they can’t quite match the Yokos for wet grip, but great all round tire for sure. They’re also quite civil when not pushing hard.

“Here is a video showing the partnership between Michelin and BMW for tire design on M cars,” said Shawn in email conversation. “I didn’t know this, but apparently this alliance dates back to tire development on the E28 M5 – I had no idea. The Michelin PSS are the only OEM recommended tire for the M5 and M6.”

I mentioned earlier that these are supposed to last longer than Michelin PS2s. How’s fifty percent more guaranteed sound? Interestingly they also come with Flat Tire Changing Assistance for 3 years where you call a toll-free number and Michelin will send presumably a tow truck out to change your tire, or tow you up to 150 miles if you have no spare.

Their warranty folding pamphlet is over 22 pages so I wont bore you with details, but they do say that the Pilot Super Sports are warrantied for 6 years or 30,000 miles, if same size exists front and rear, but only 15,000 if you have a staggered set up. All new M’s come with staggered setups, since I believe the 1995 M3’s 17×7.5s 235/40/17s square set up. 15,000 miles for a set of 295/30/20’s rear tires on a new M5 isn’t bad at all especially if you have a lead foot. PS2s which are still available with a 20,000 mile same front/rear warranty and 10,000 if staggered. If you want more details on size availability and prices check out TireRack.com, my favorite source for tires.

It’s interesting to see how much BMW and Michelin worked together to develop a tire that met M division’s specifications, and it gives hope to those of us that like to visit the track in a BMW that the LSD and non-runflats performance tires will soldier on M models.

Aside from lap times on a track with the same atmospheric conditions and the same driver on the same day, describing handling of a tire in writing is pretty tough, and of course subjective. But know this, when my current PS2s are worn, I am going to replace them with a set of Michelin Pilot Super Sports. 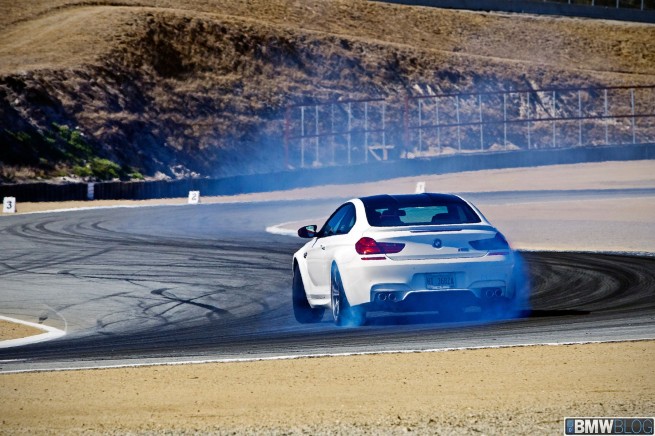 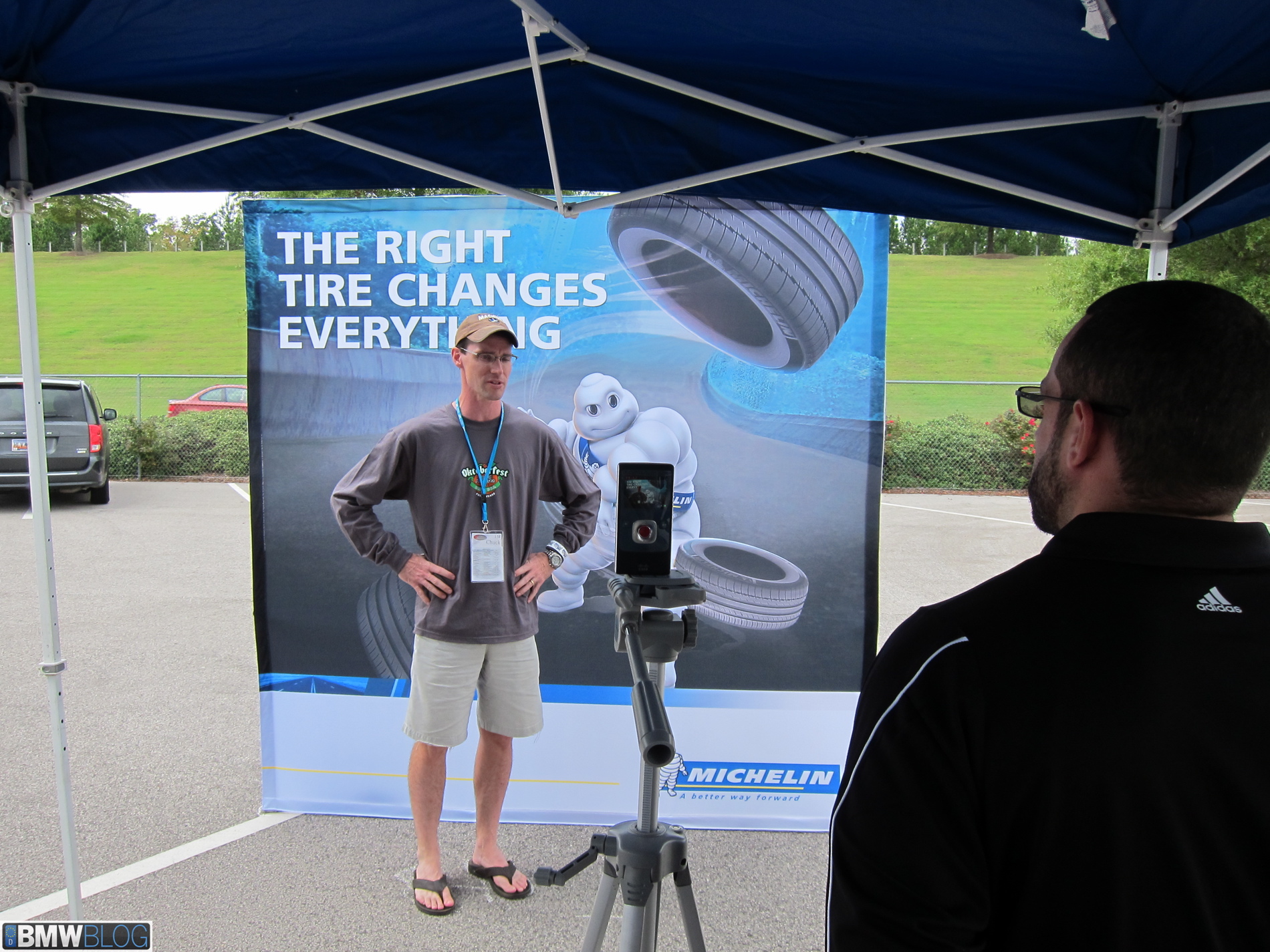 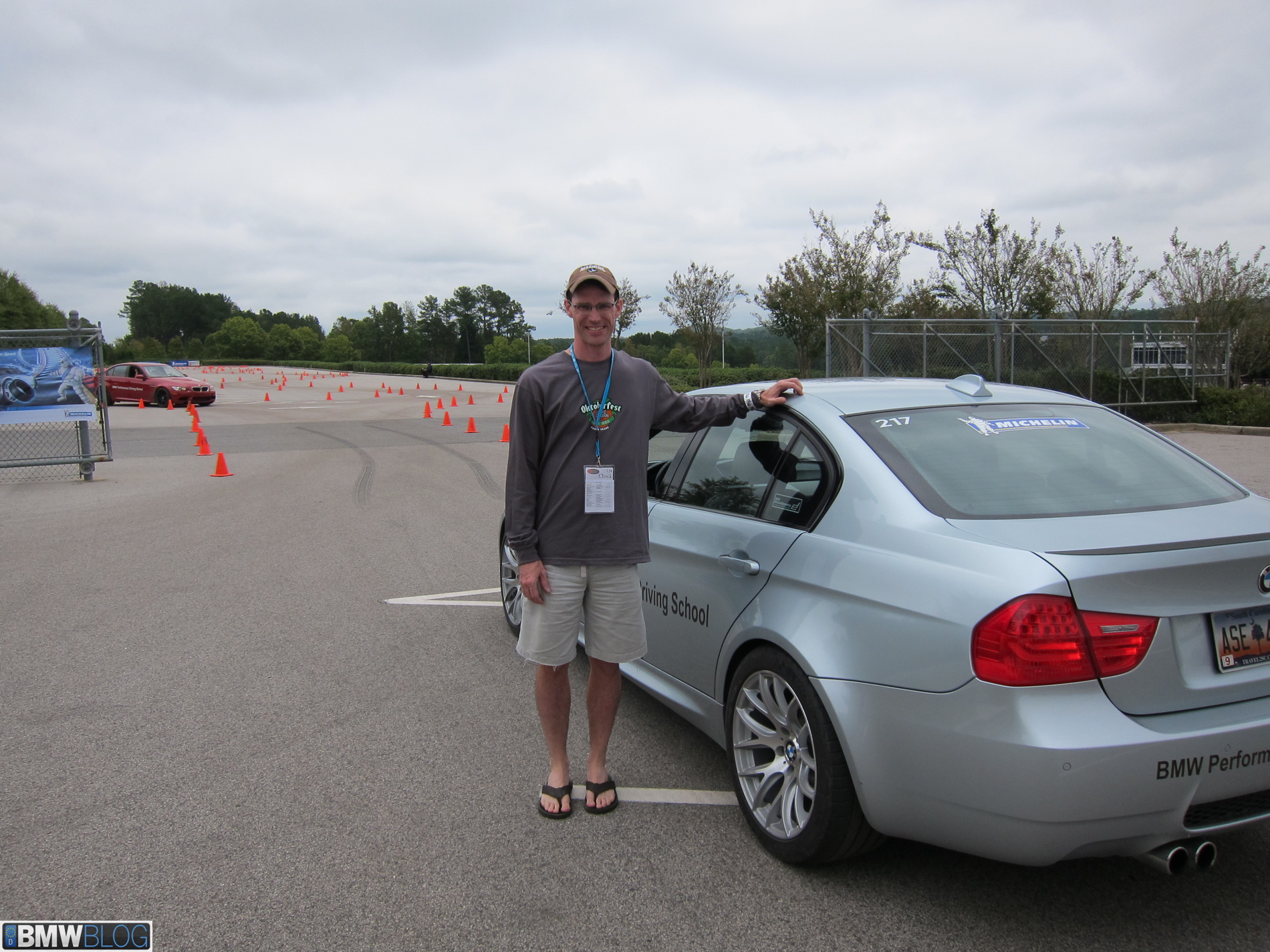 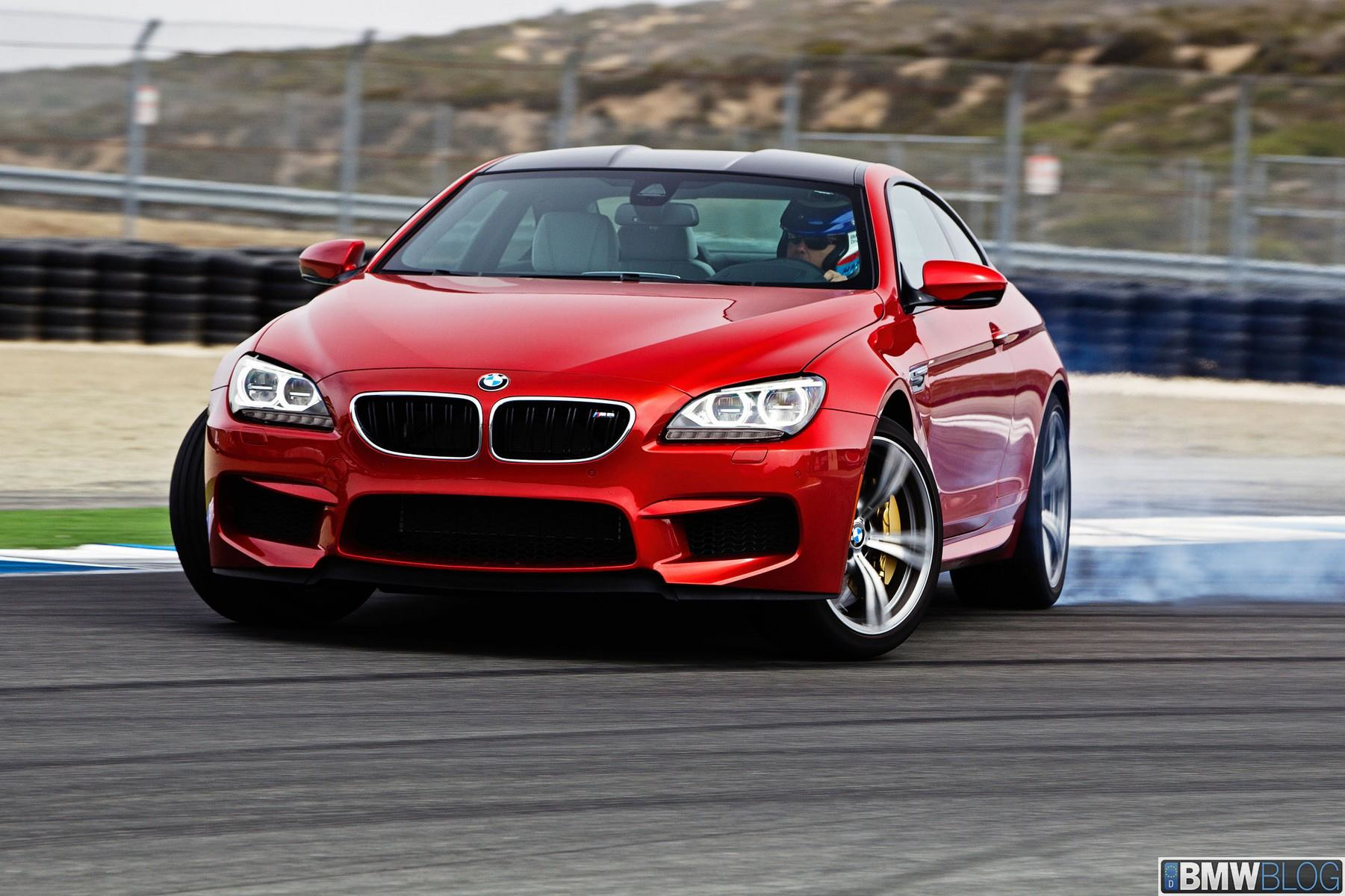