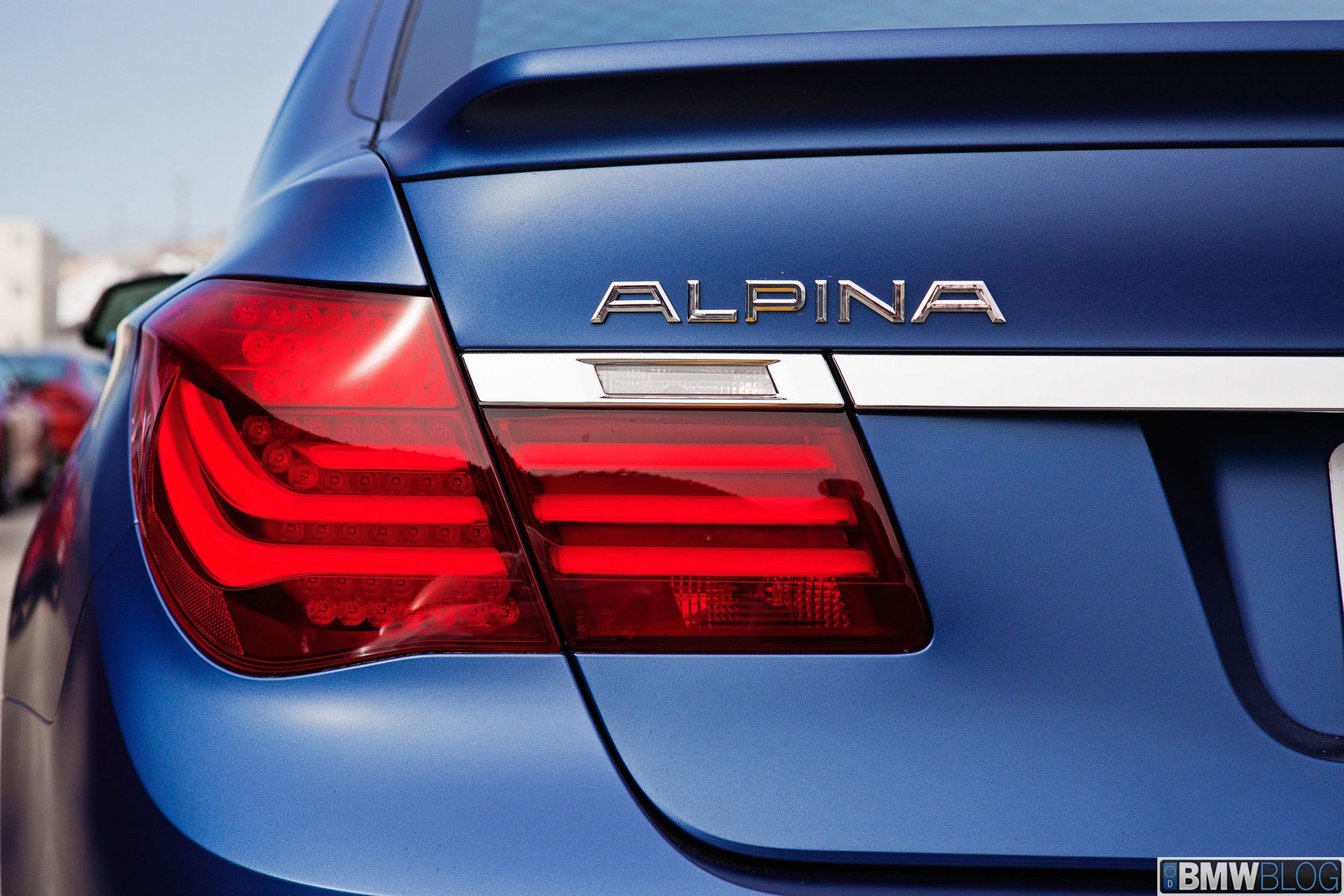 The facelifted 2013 ALPINA B7 made its debut, alongside the 7 Series LCI, at the Laguna Seca race track. In a media event, BMW and ALPINA’s boss Andreas Bovensiepen introduced to U.S. journalists the second generation of the successful BMW ALPINA B7 super-high performance luxury sedan with more performance, fresh design features, and improved efficiency. 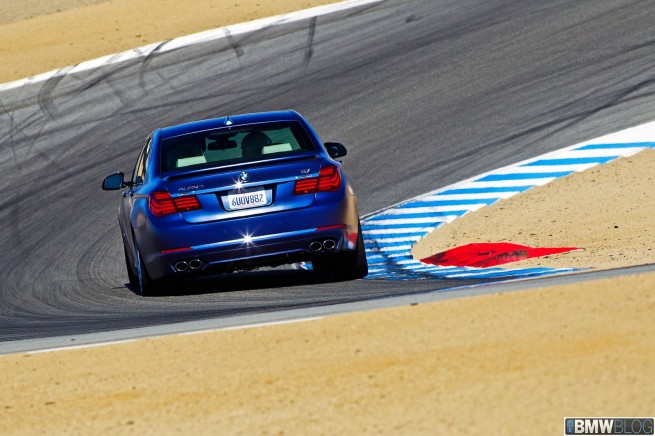 In the performance department, the new B7 produces 540 horsepower, 40 more than the outgoing model. On top of this, the B7 gets 22 lb-ft more torque (up to 538 from 516 lb-ft) thanks to the addition of BMW’s Valvetronic throttle-less intake technology and a new ALPINA 8-speed high performance transmission. Top speed is extended to 194 mph (drag-limited, 193 mph with xDrive), up from the previous 175 mph. Acceleration drops into the low-mid-4-second range for all variants (4.3-4.4 seconds).

The addition of the 8-speed ZF transmission, coupled with the start/stop technology, improves the fuel consumption by an estimated ten percent.

Visually, the 2013 B7 follows some of the steps of the 7 Series models: new BMW kidney grilles, updated Xenon Adaptive headlights, LED front fog lights, and updated tail lights. Overall, the high-performance ALPINA will arrive with over 30 new parts which enhance the design and frontal aerodynamics to more effectively channel the cooling air required to manage the increased power output.

Here is a photo gallery from the track, and stay tuned for our driving impressions. 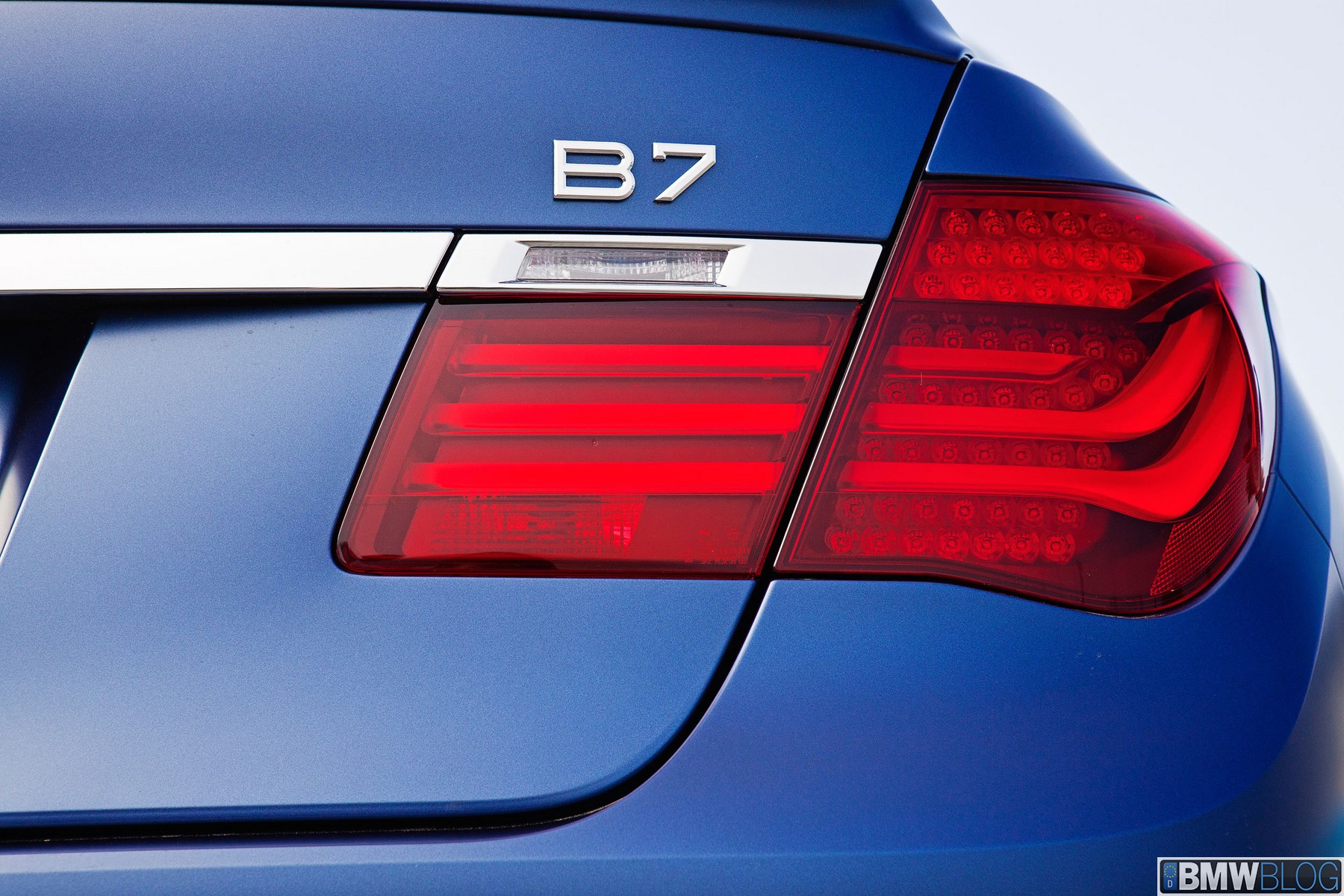 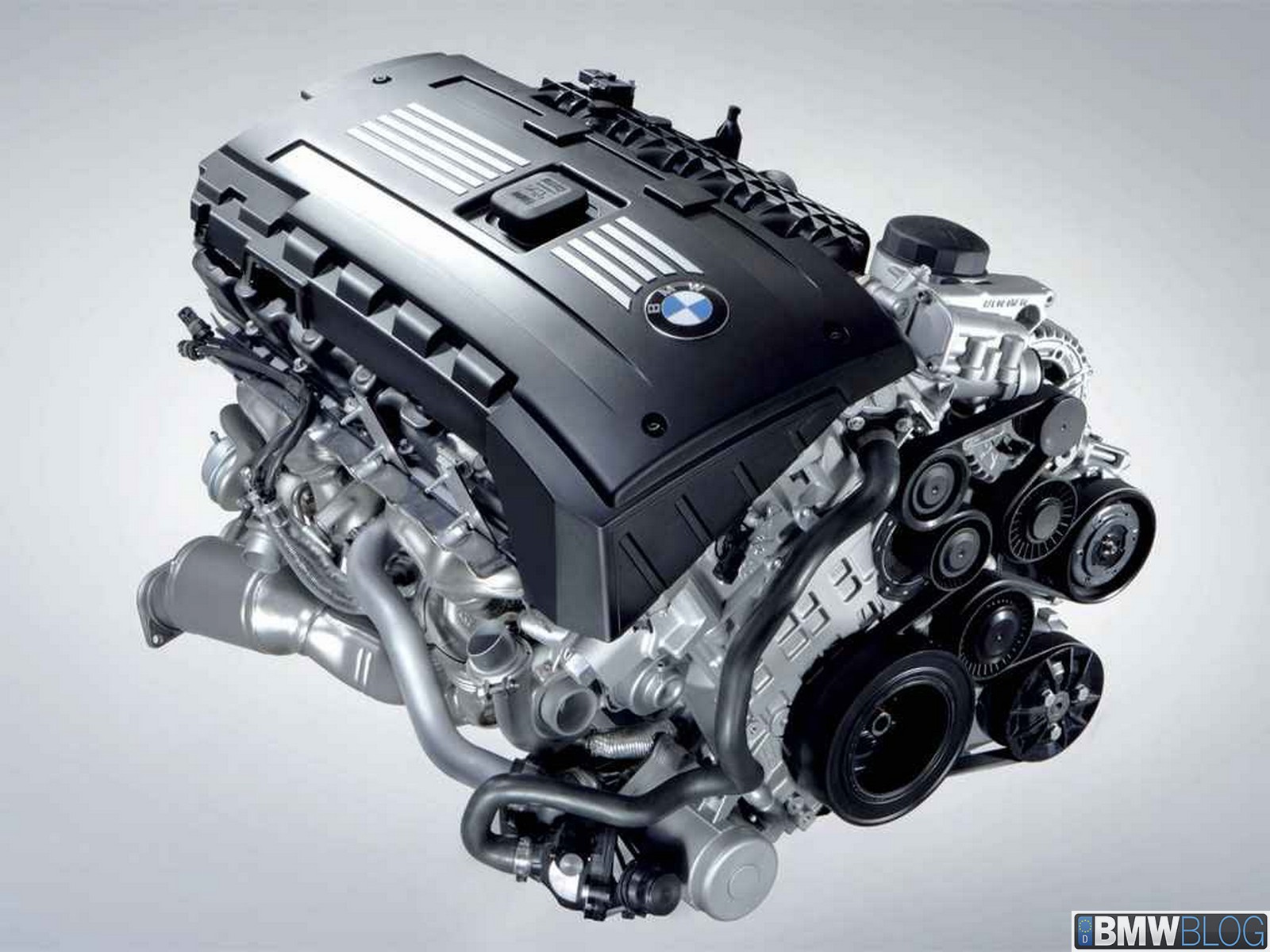 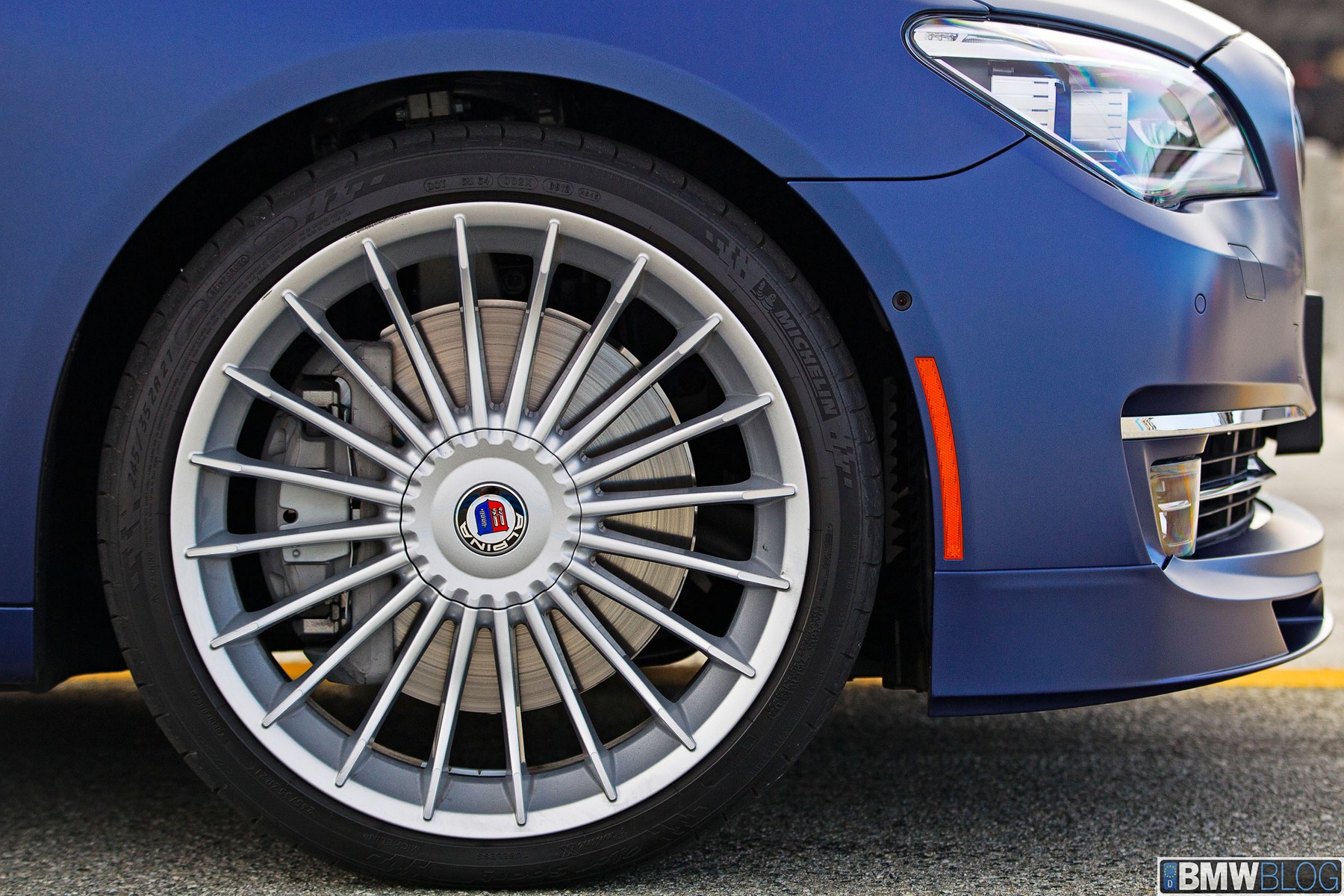 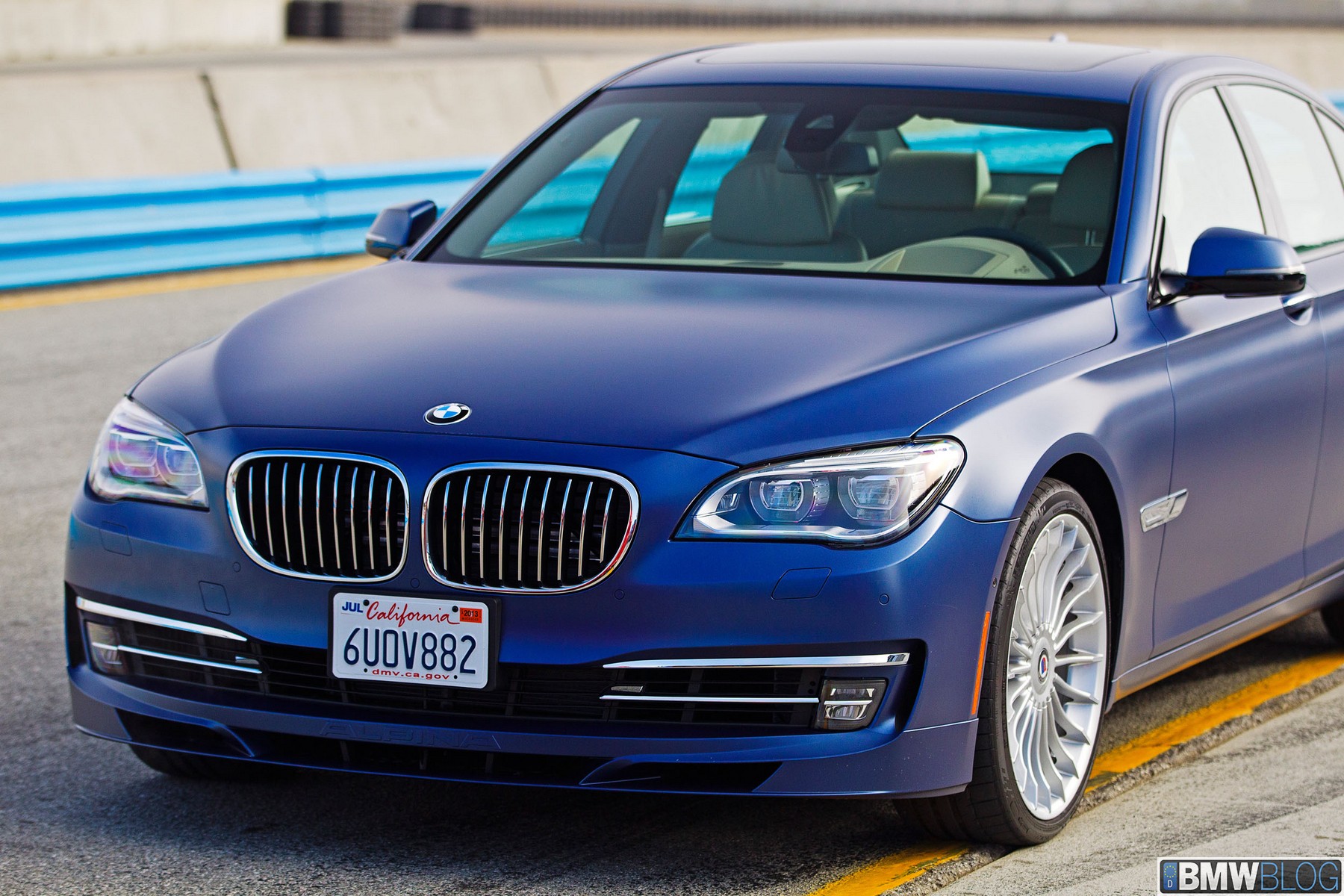 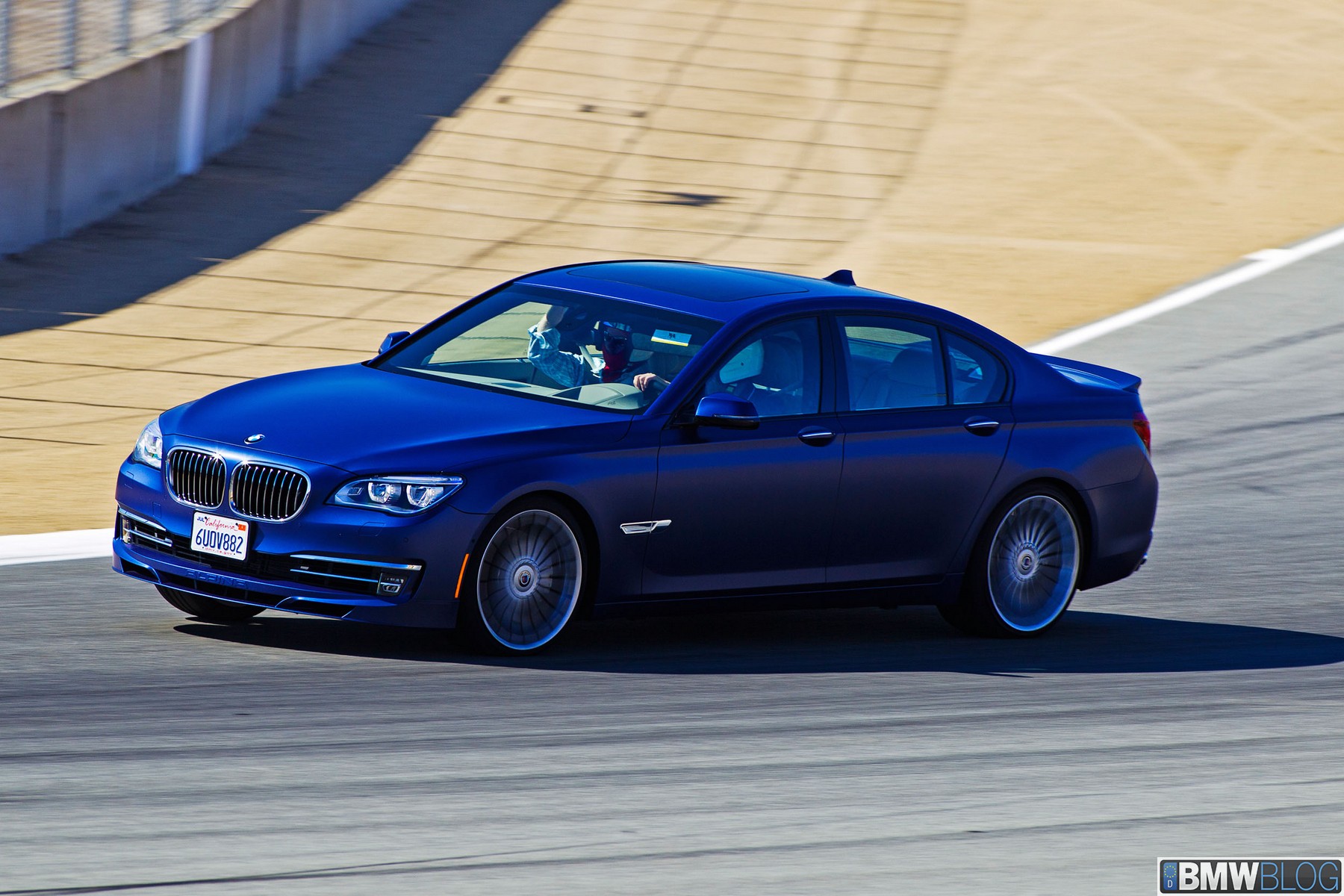 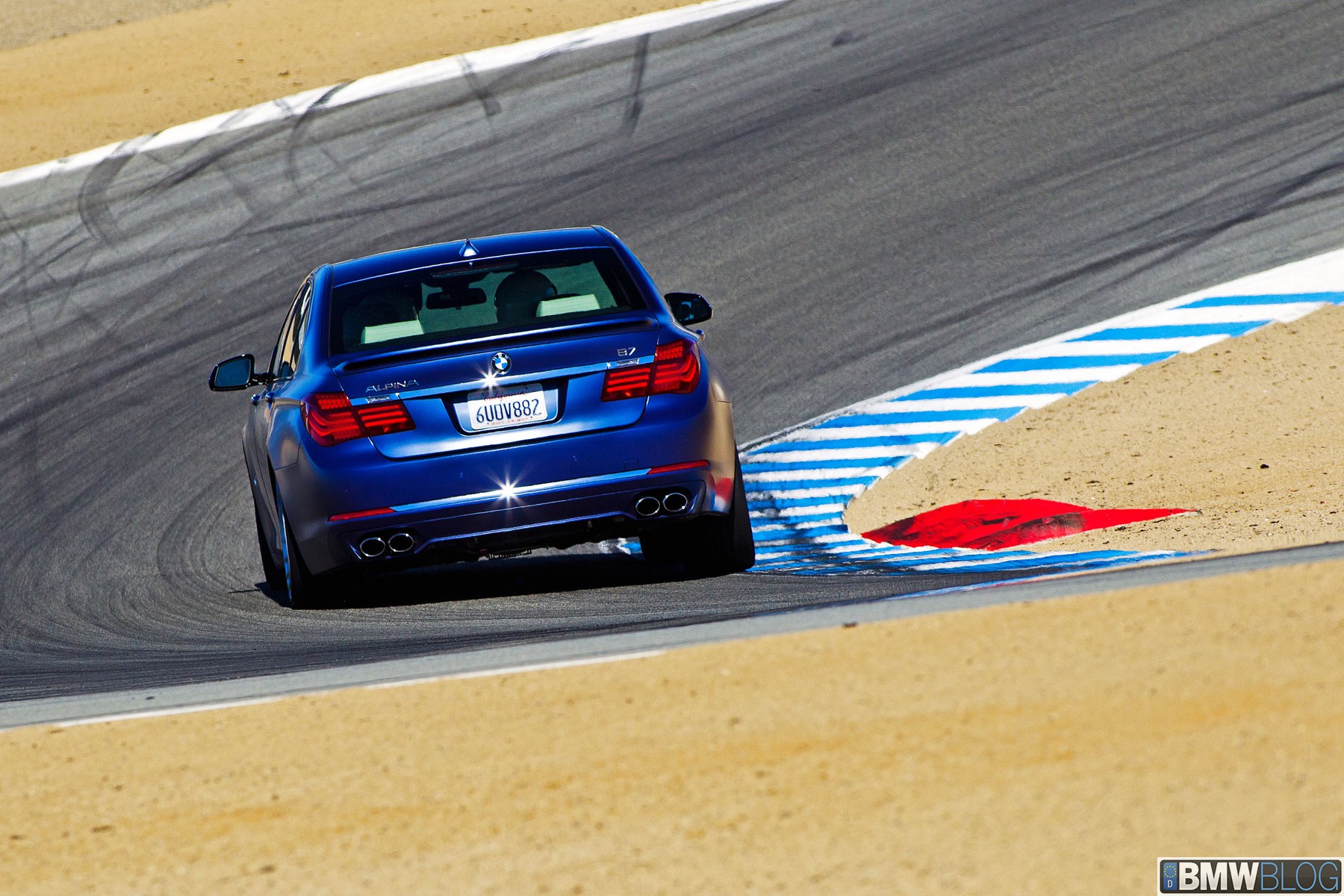 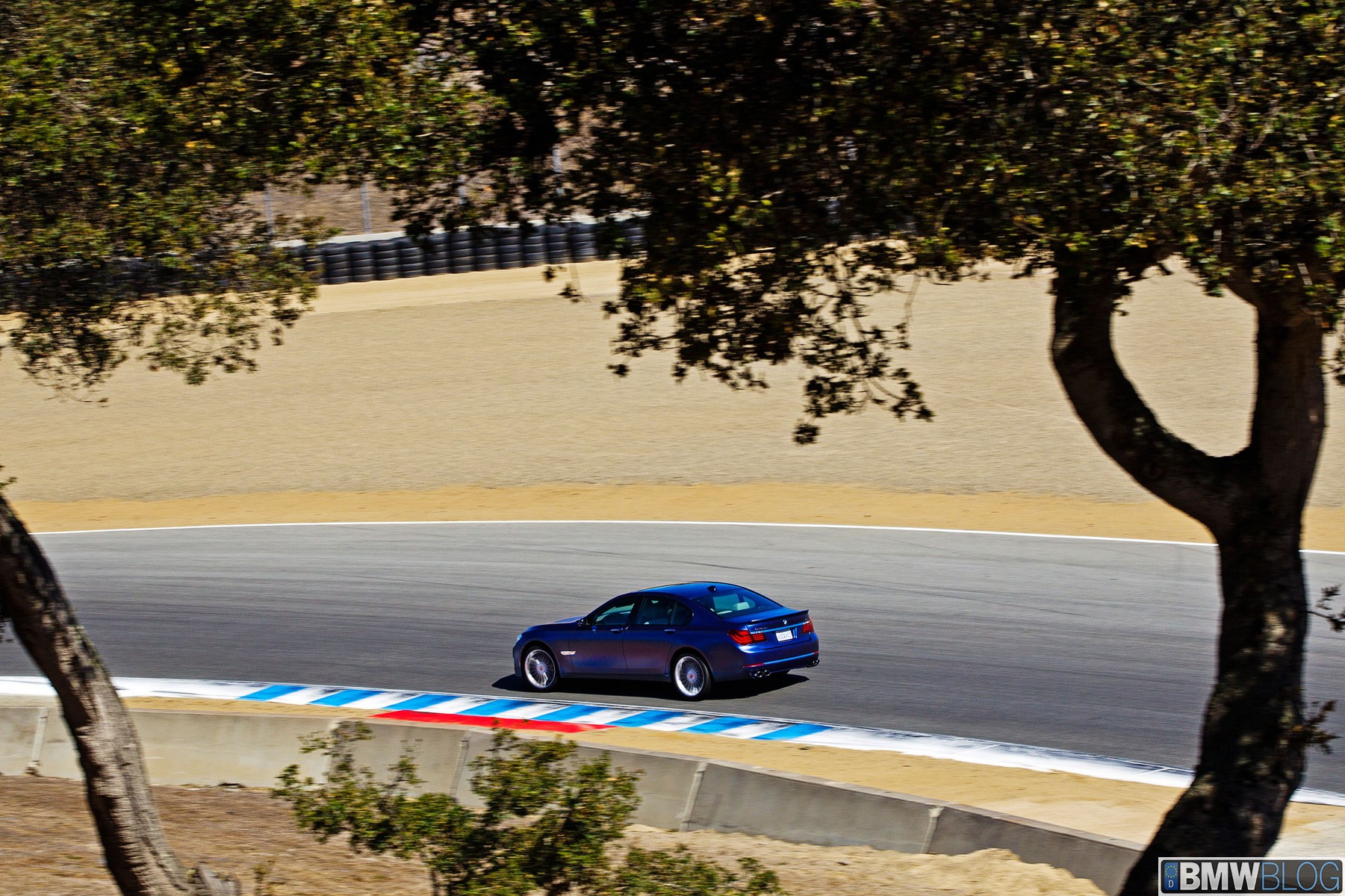 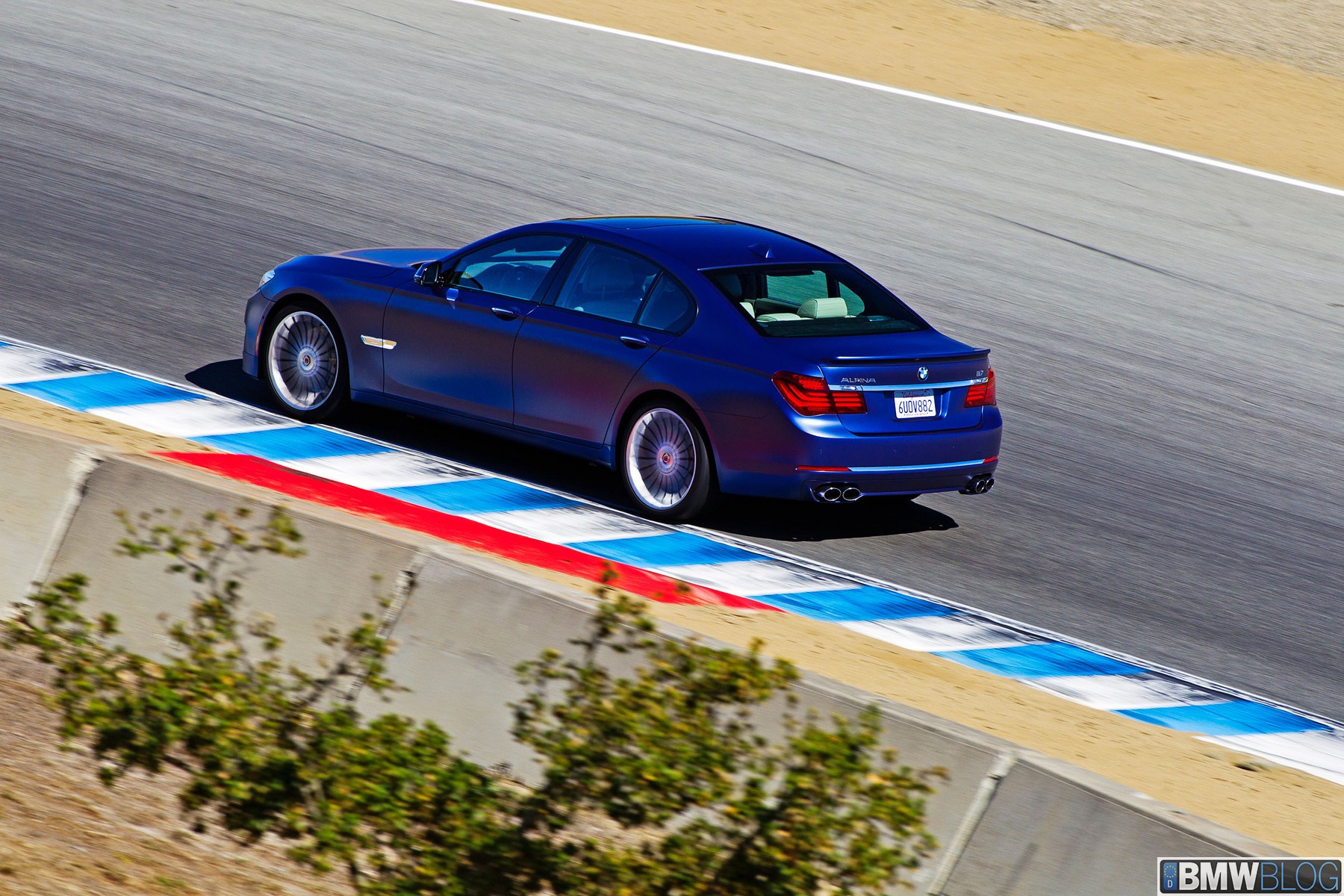 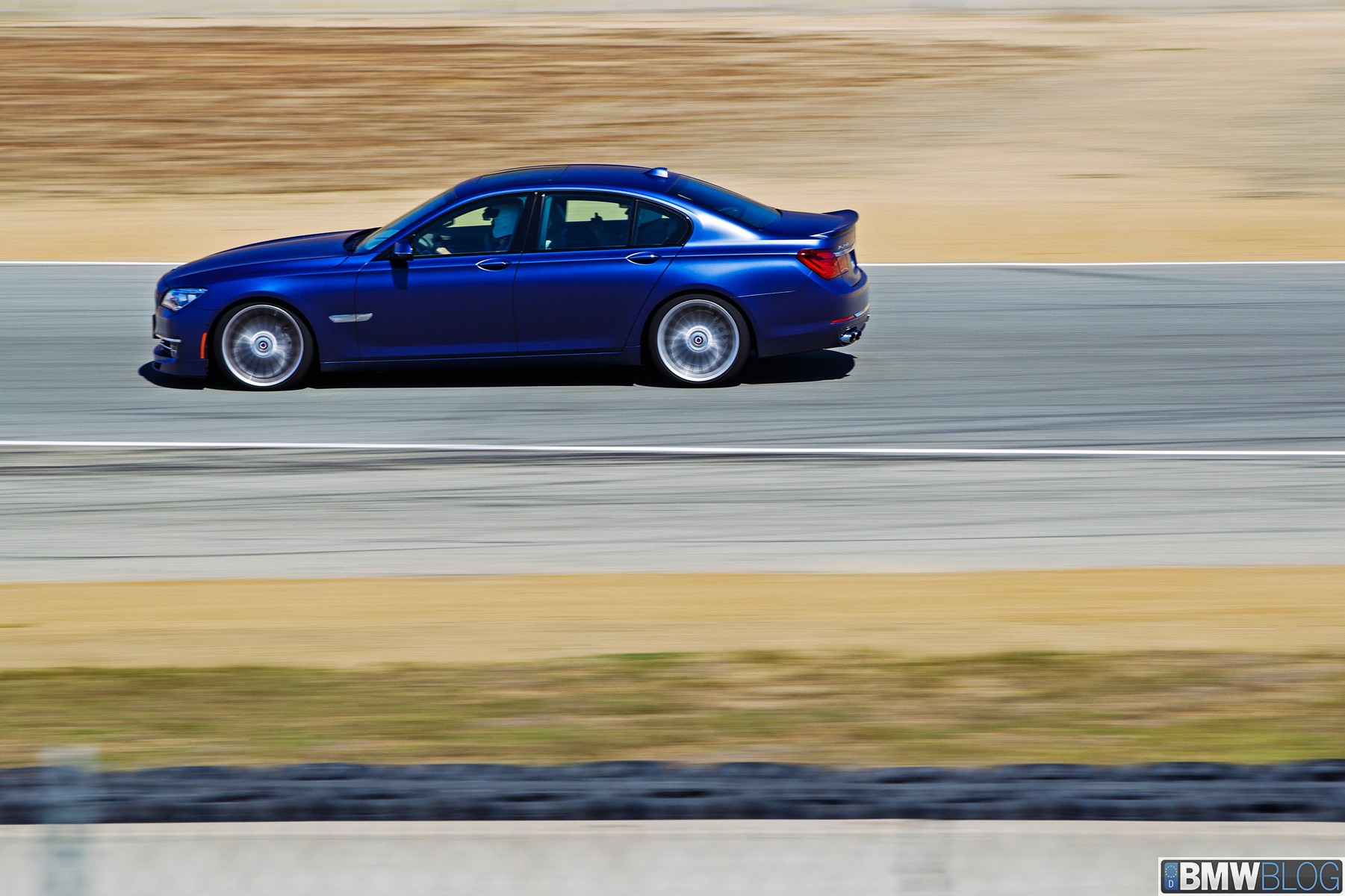 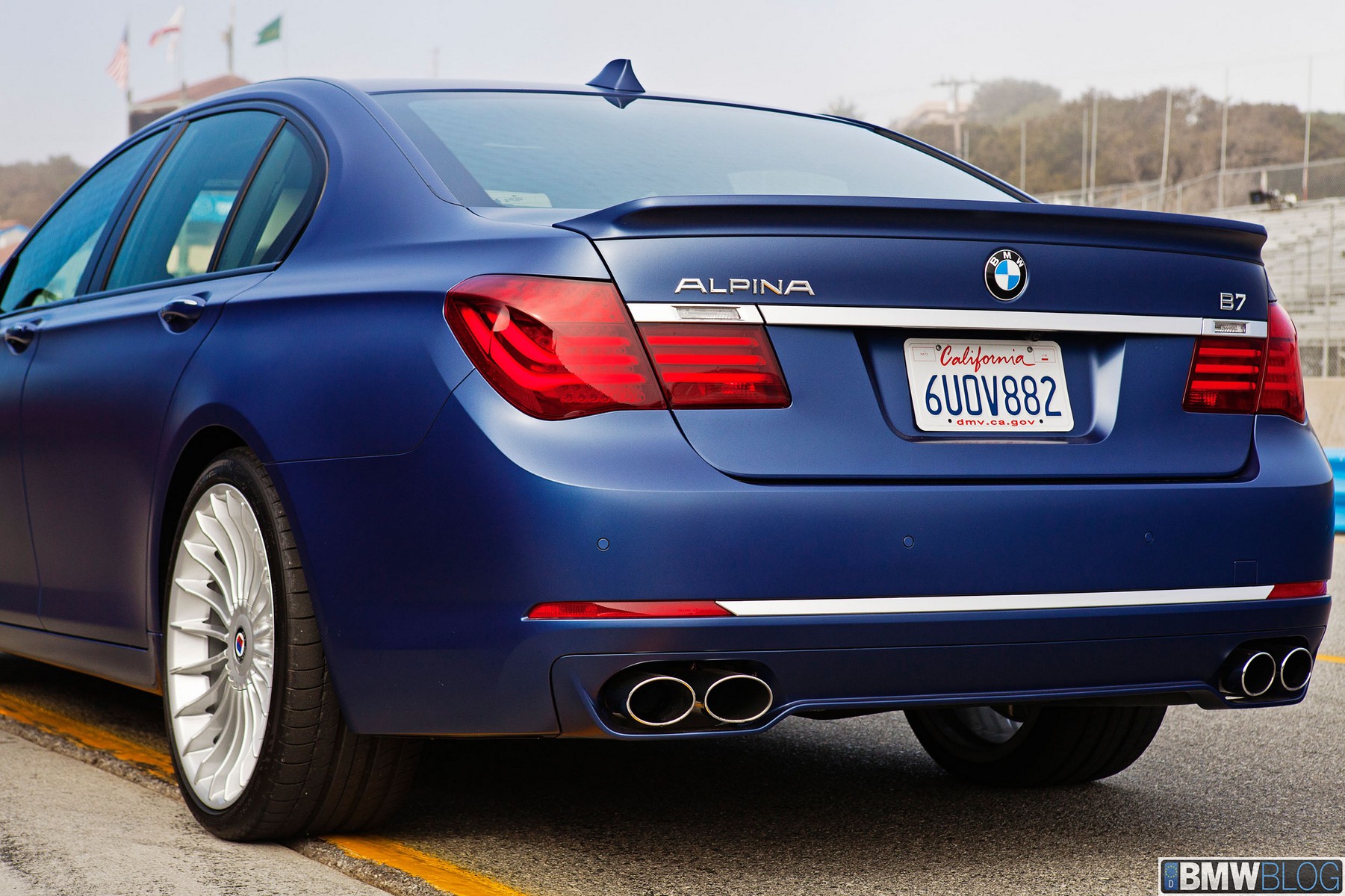