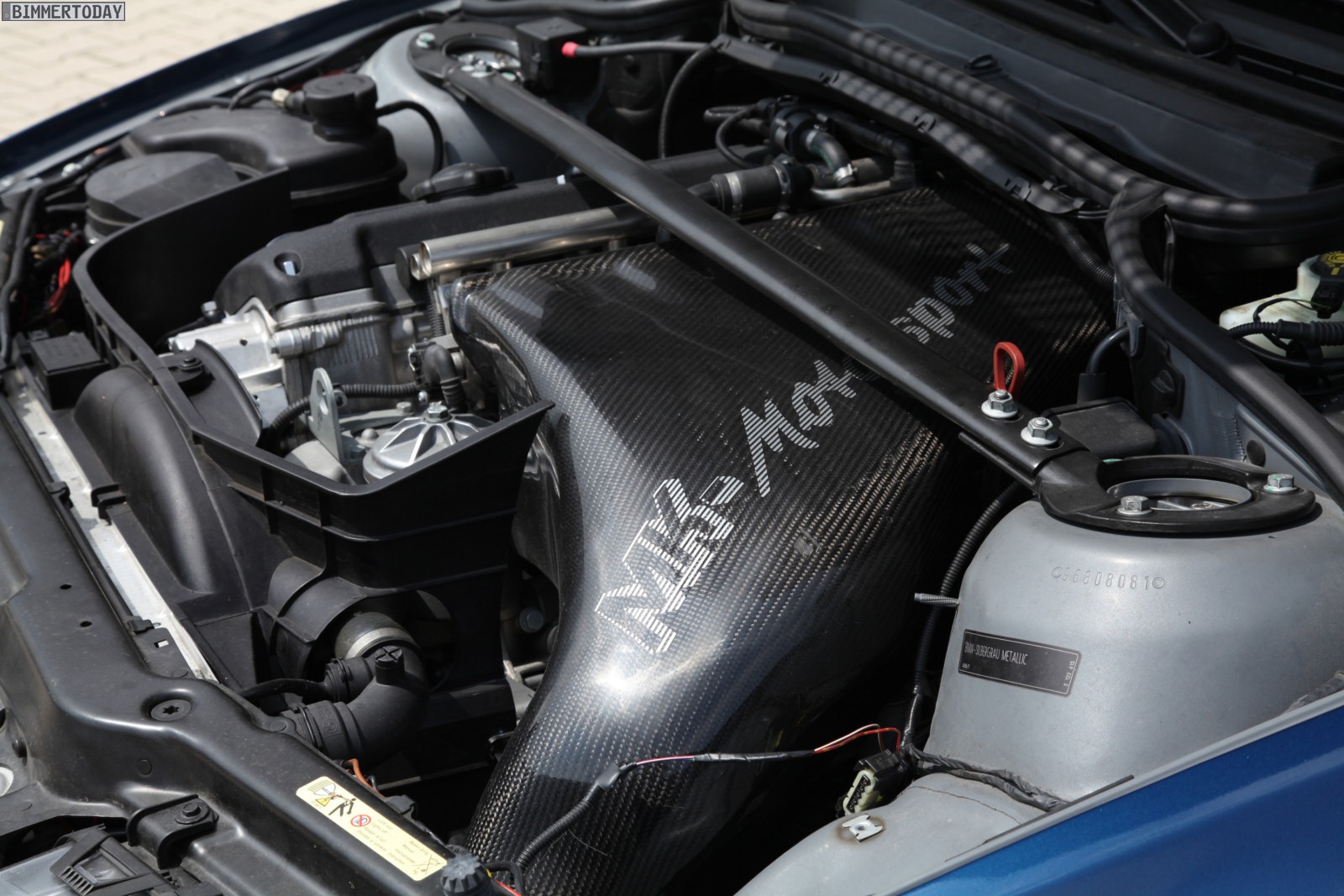 The legendary E46 BMW M3 is often regarded as one of the best M cars built to date, and with a 7:50 minutes lap time at Nurburgring Nordschleife, the M3 CSL went down also as one of the fastest M cars.

The first BMW M3 CSL appeared in 2003 and wowed enthusiasts all around the world with its use of racing technologies applied to a street car. Among these technologies was a modified version of the usual 3.2 liter S54 inline-six that lacks a conventional mass airflow meter. Instead, intake air is calculated directly by the DME, making for a much quicker engine response. Further changes include modified camshafts and exhaust valves, plus a lightweight exhaust system constructed of thinner steel. The CSL-spec engine is rated at 360 hp at 7,900 rpm and 273 lb-ft of torque at 4,300 rpm. The M3 CSL was the first one available from the BMW factory with a carbon fiber roof as standard option. 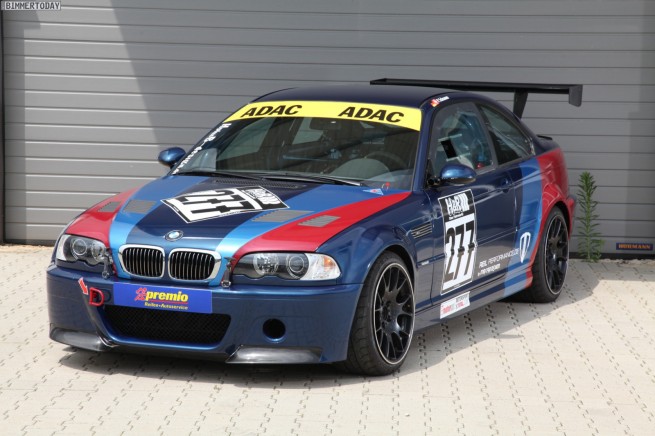 And today, the legend lives through the German tuners MR Car Design and Reil Performance which introduces a bespoke version of the E46 M3 CSL with a blue foil wrap, plexiglass windows, a new sports exhaust system and racing rear spoiler which originates from the GT3 model. The doors and trunk lid are also made of carbon, in order to reduce weight.

Power has also been increased to 386 hp. To cope with the power, the M3 CSL was fitted with high-performance brakes, BBS wheels with Yokohama tires and retuned suspension.

With all the weight savings and increased power output, the retuned E46 M3 CSL now runs a lap at Nurburgring in just 7:43 minutes. 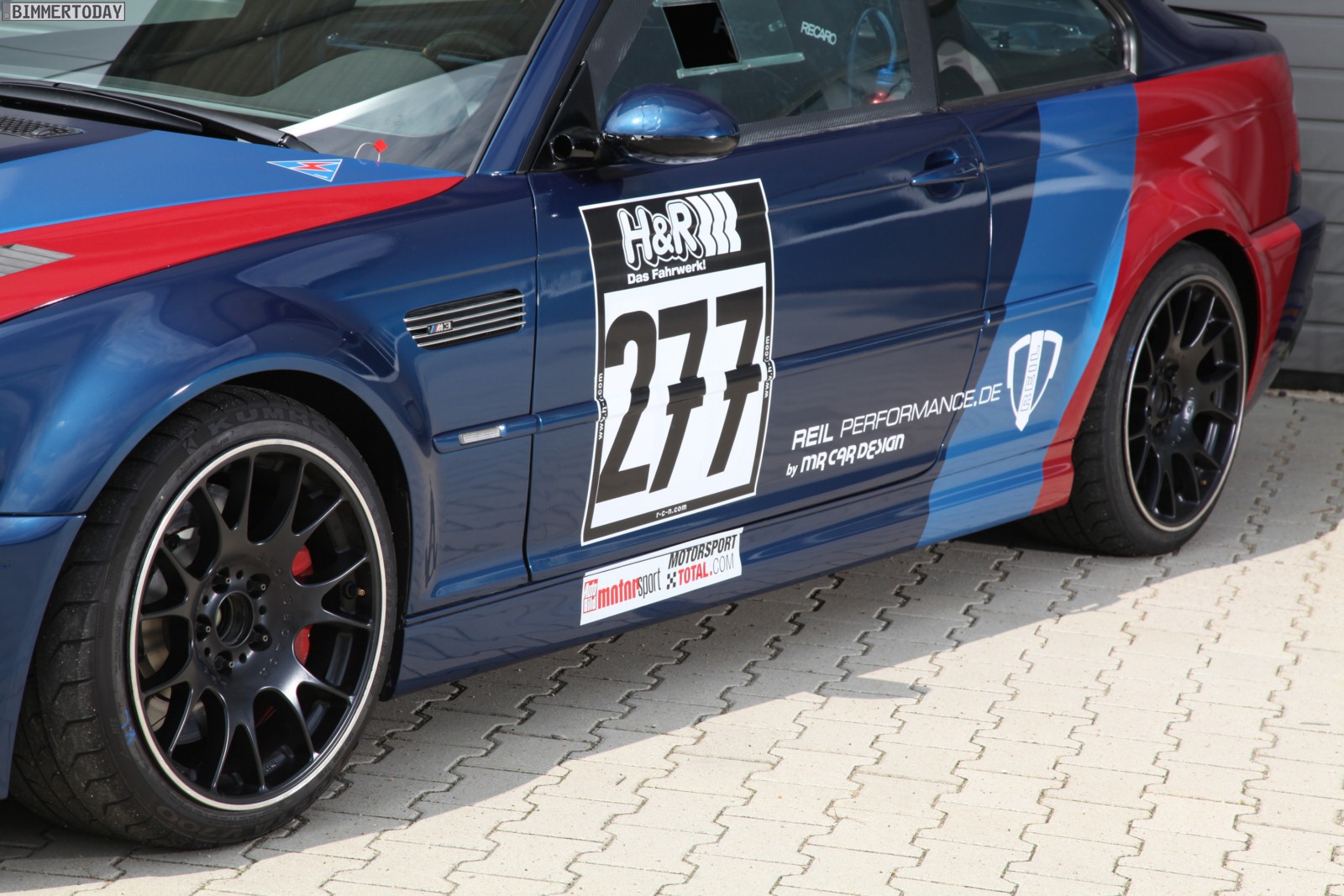 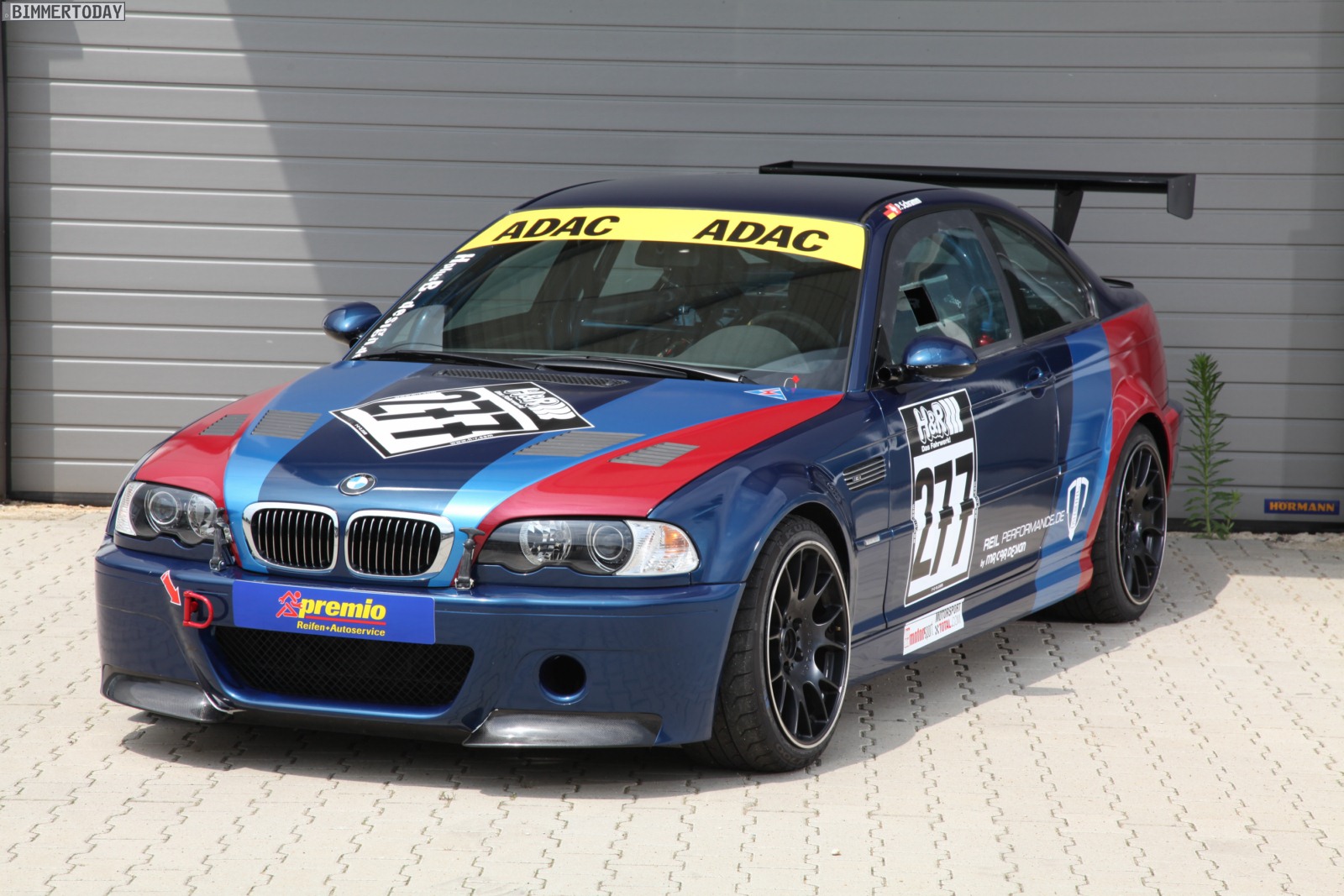 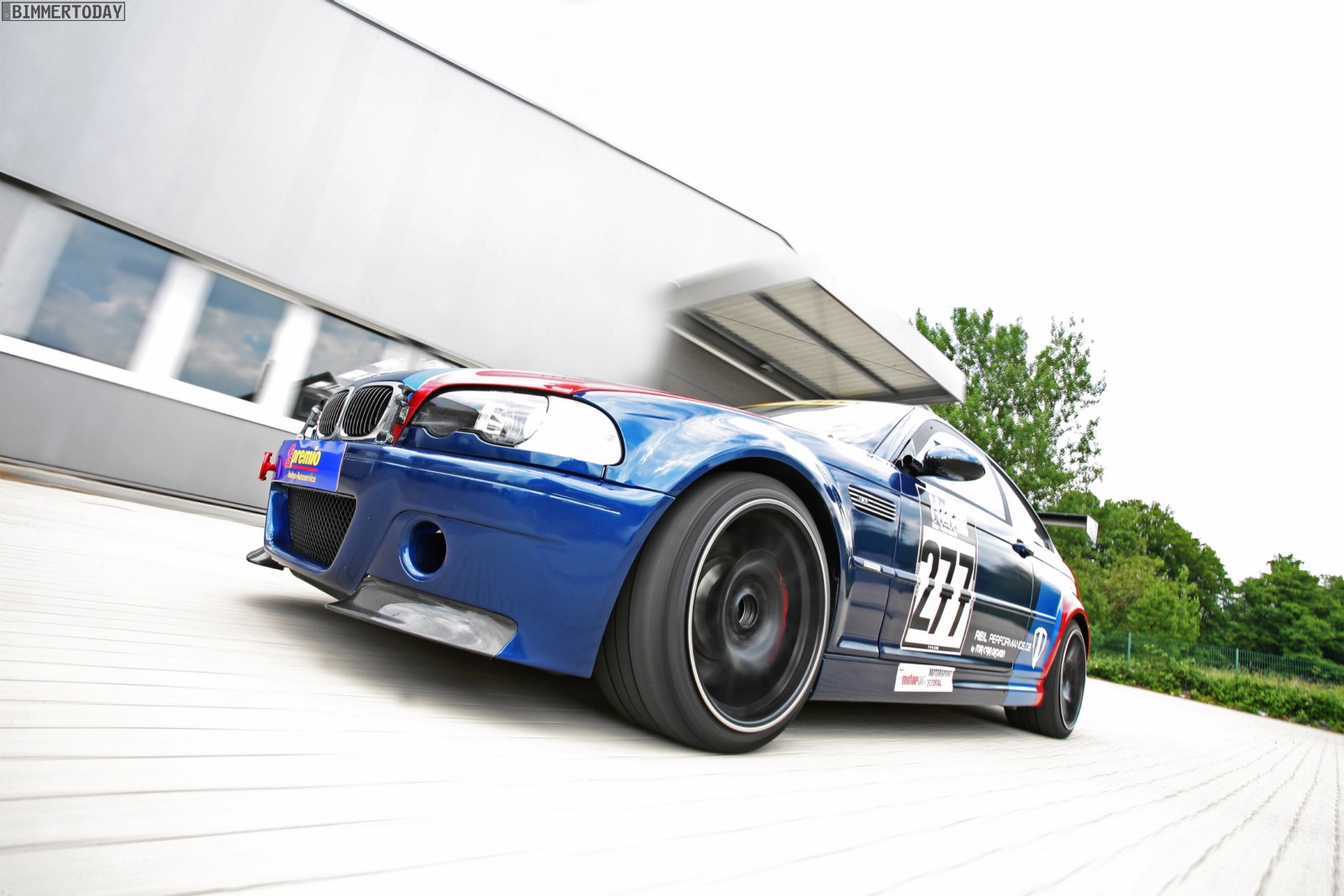 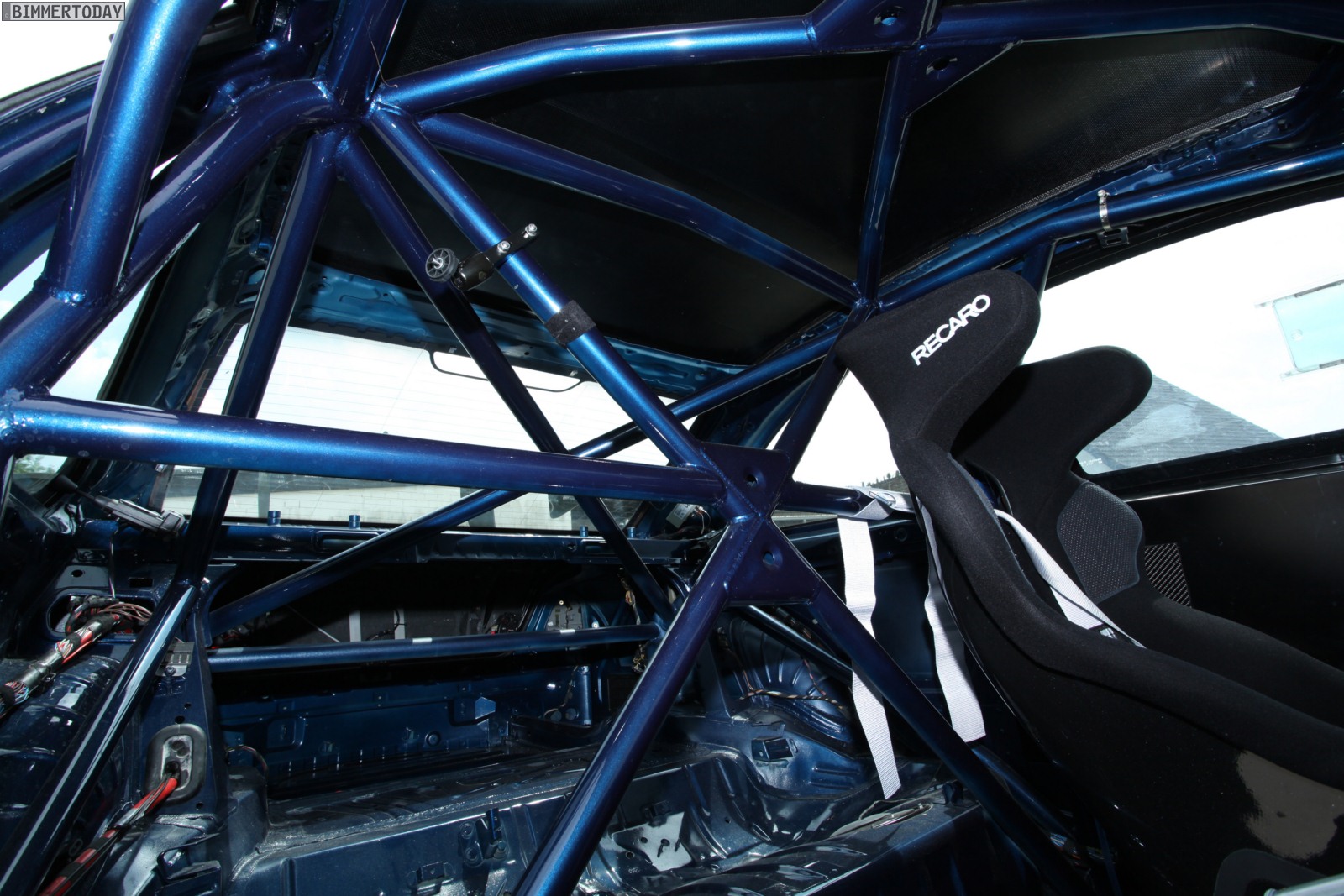 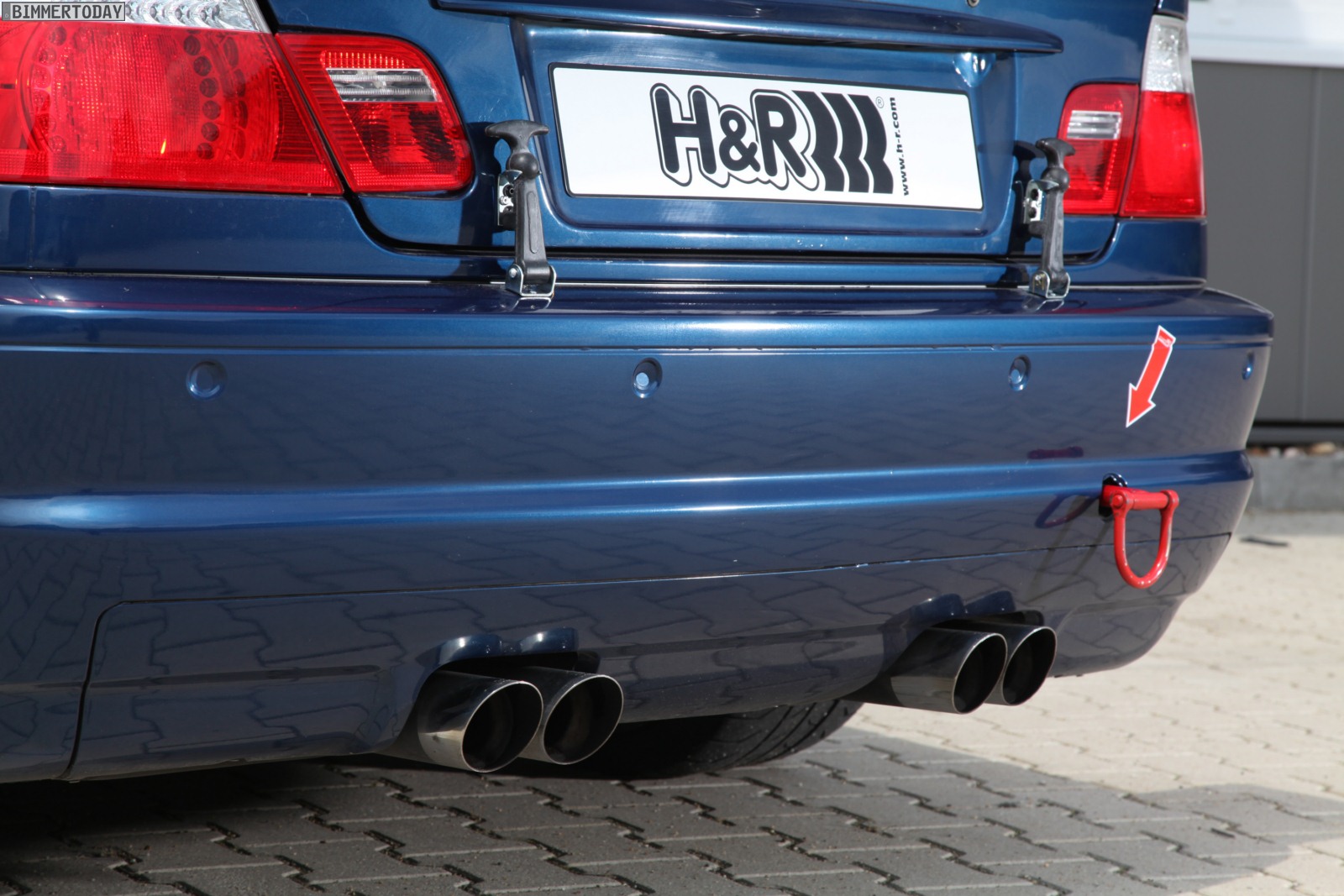 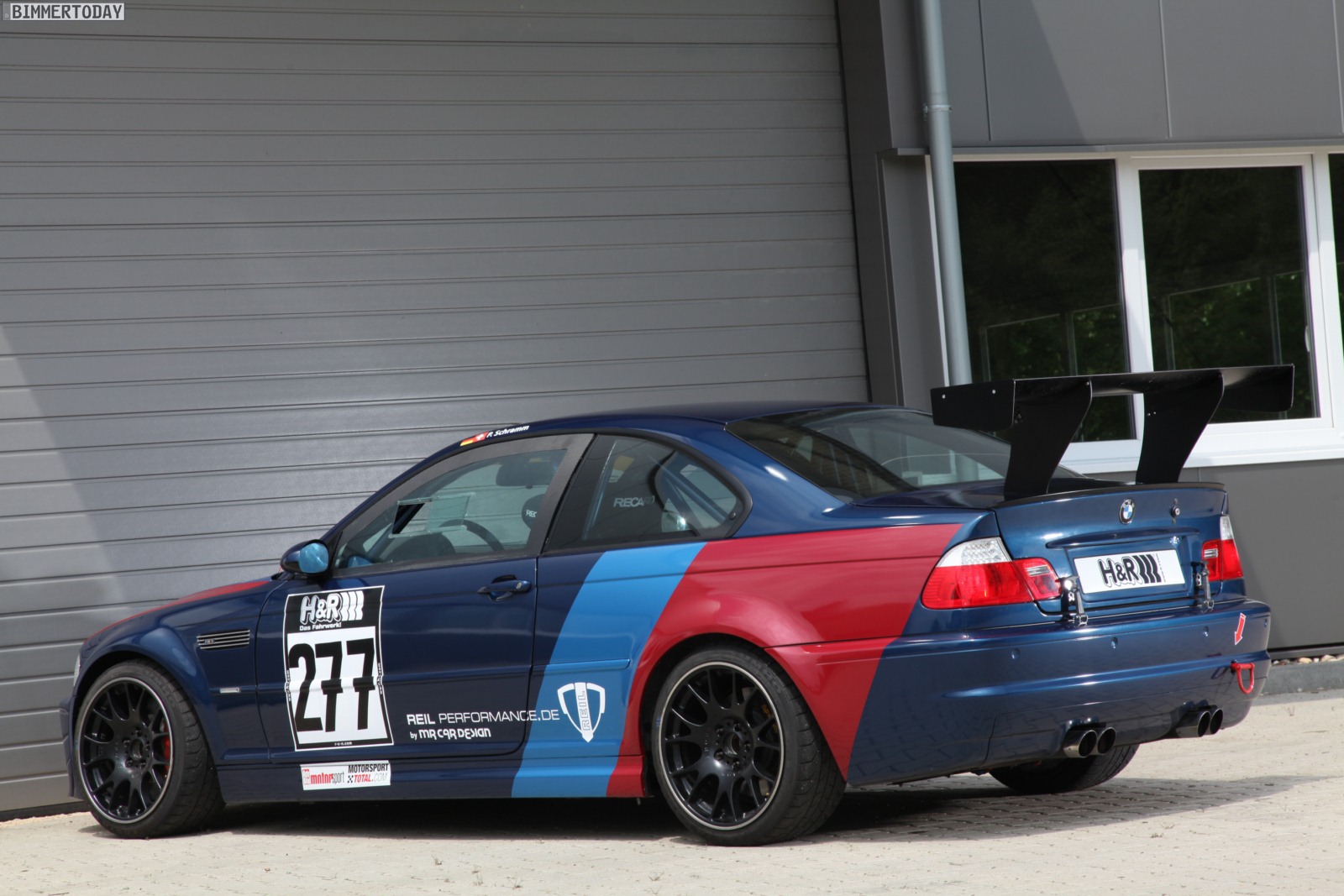 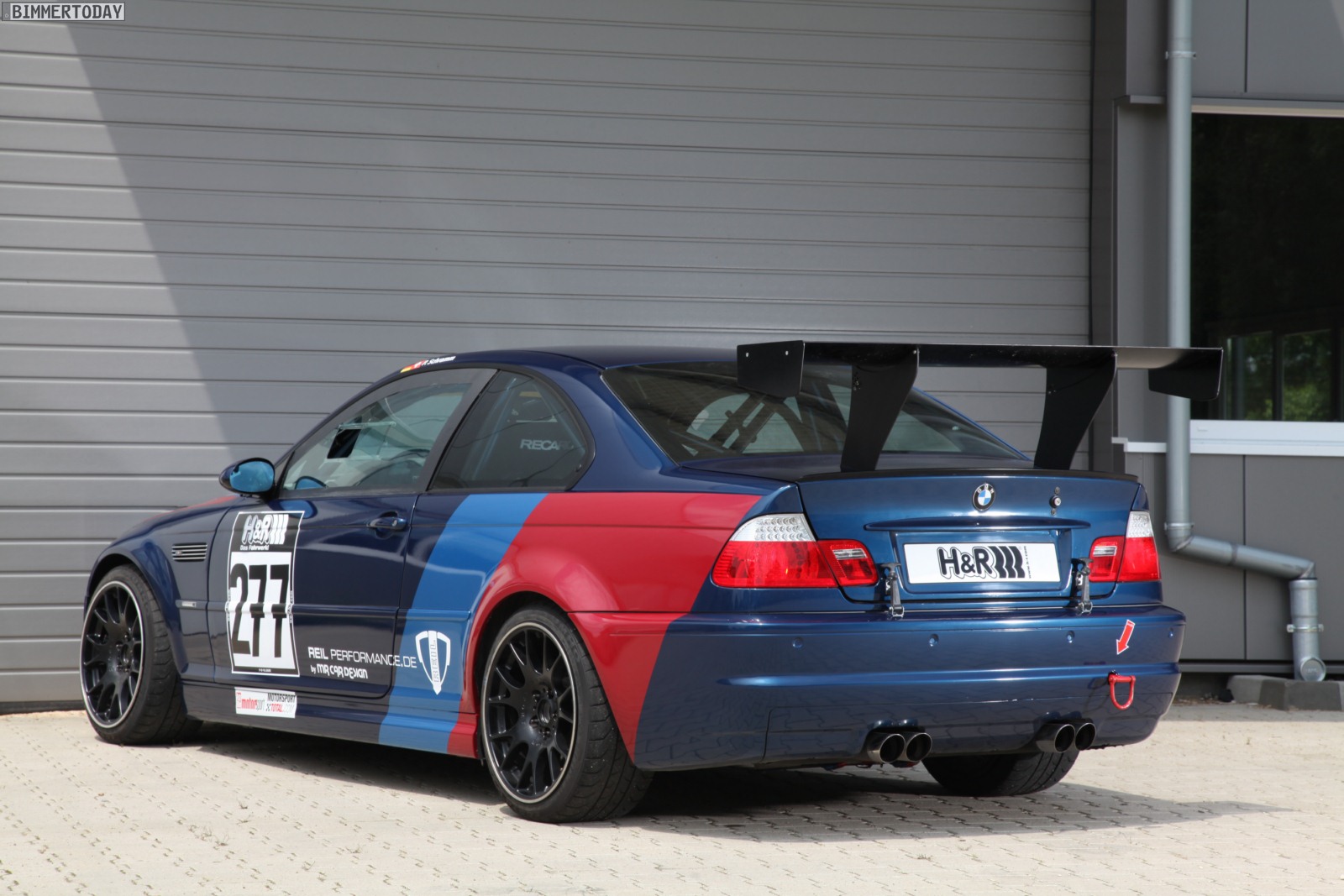