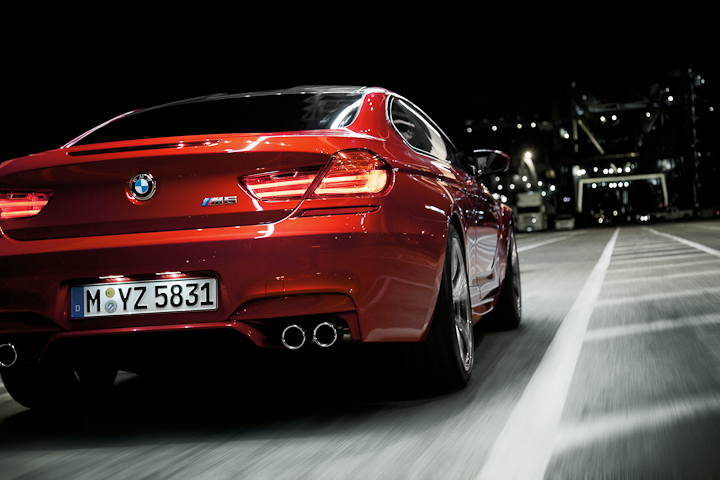 In BMW’s official press release they state that the M6 has “true super-car performance.” Once again, we find ourselves debating the definition of a supercar. For decades we’ve longed for a successor to the M1. Has it been hatched in the guise of a 6 series? Can a non-bespoke M car be qualified as a super-car? Opposite Lock digs deep to find out.

Much like the terms “high tech” or “in style,” the term “super-car” calls for standards that continuously change through time. What was high-tech or in style in the 1980s or 1990’s is no longer so, and similarly what was super-car fast two or three decades ago is no longer special, or “super.” Conversely, the emotion that this term evokes is frozen in time. Thus, a super-car must both press the envelope of what is possible dynamically, while also capturing romance and aura that stirs the heart. 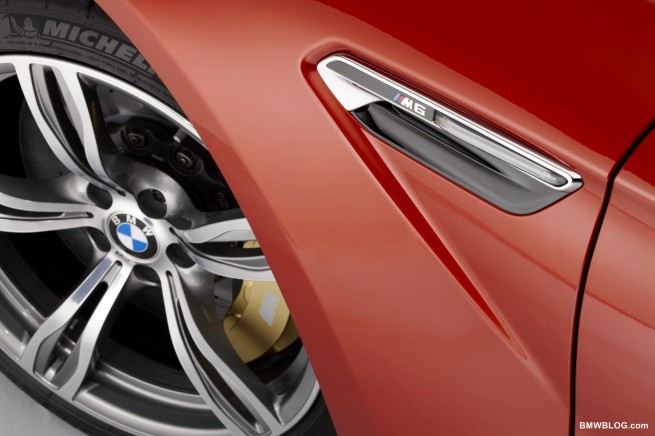 Sound like a design challenge? It most certainly is, and sports car makers Ferrari, Porsche, Aston Martin and others consistently pump out full-blown super-cars generation after generation. Consider a few recent supercars from the three aforementioned brands.

Released in 2006, the now slightly dated Ferrari 599 packs a 6.0 liter 65 degree V12 that produces a very healthy 611 horsepower and 448 lb-ft of torque. The engine revs to 8,400 rpm and sounds like angels having sex. The engine is in fact borrowed from the highly lethal Enzo flagship.

Like the M6, the 599 is a front-mid engine, rear-wheel drive sports car with subtle visible aerodynamic work. Of course, the Ferrari sports vastly superior aero, with extensive underbody work jetting airflow out from the rear diffuser, sucking the car to the road. The M6 lacks in the aero department relative to this (or any modern) Ferrari.

The factory claims a 3.7 second 0-60, however Road and Track managed a 3.2 second 0-60 time. The car weighs 3,721 lbs, an impressive figure for a car of this size, packing a V12. The car reaches terminal velocity at “over 330 km/h (205 mph).” Equally as important is the way this car makes you feel while exploring these performance figures, and while I’ve yet to have the privilege, I imagine thrashing this Ferrari would be otherworldly. It is on my bucket list.

I believe that the Ferrari 599 nicely lines up with the M6 in terms of the car’s intended purpose. It is ultimately a wickedly fast Grand Touring car that is equally at home on the track as it is on the open highway over long durations. The fact the vehicle layout is similar only adds to the weight of the comparison.

Aston Martin’s V12 Vantage also lines up nicely for comparison. It too is a front engine rear-wheel drive sports car of roughly the same dimensions and mission. Its 5.9 liter V12 engine produces 510 hp and 420 lb-ft of torque. Tipping the scales at 3,750 lbs, it’s also considerably lighter than the M6. The Vantage makes the break to 60 in 4.0 seconds flat and goes on to a top speed of 305 km/h(190 mph).

Of course, the Aston looks exceedingly tempting and makes small hairs erect when you near its vicinity. It has an “it” factor that makes it one of the most tempting sports cars out there, despite its less than shocking performance numbers.

Porsche has long produced a venomous supercar affectionately abbreviated as, “the Turbo.” The 997 911 Turbo is an insanely fast car, and while there is an even faster “S” version that breaks the 3 second barrier on its way to 60 mph, even the ‘Ol run-of-the-mill Turbo turns impressive figures. The Turbo’s 3.8 liter boxer-6 produces 500 hp and 479 lb-ft of torque, effortlessly propelling its 3,461 lbs to 60 in 3.2 seconds, and eventually on to a top speed of 310 km/h (193 mph).

When it comes to the special-factor, the 911 never fails to excite, although given its decades old familiar shape, it probably falls short of the visual stimulus the Aston or Ferrari present.

So where does the M6 fit in this company? That’s a great question, and one of interest to well-heeled readers on the brink of supercar purchase. Clearly, the M6 is in fast company, and dynamically, it cannot keep up or match the likes of modern supercars from the likes of Ferrari or Porsche. It does however land many blows to the Aston’s ego, with similar if not superior acceleration and top speed. We would love to compare all of these sports cars back to back on a track to split hairs and establish lap times for reference, but given the numbers (including the weight!) it is not difficult to establish a pecking order. The M6 ranks far down the order dynamically.

To be fair, we haven’t driven it yet, and third party magazines have not had a chance to lay down performance numbers. We shouldn’t pass dynamic judgment until both of these things have transpired. 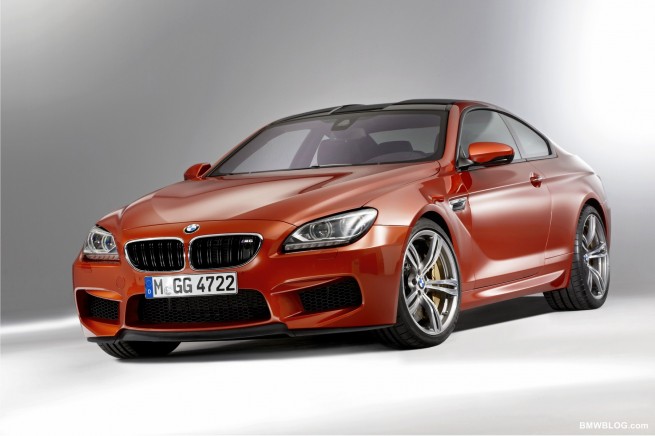 But as the numbers currently sit, it appears the M6 is a venerable supercar if only it were born in the 1990s or early 2000s. The bar has been moved, and the M6 falls short of supercar territory. Remember that there are several supercars currently breaking the 3.0 second barrier to 60 mph, the Porsche 911 Turbo S, Nissan GTR and Buggati Veyron included among them. The M6 will end up close to a second slower – eons in the arena of supercars. Of course, there are many other performance attributes and stats that matter in this comparison, but 0-60 times are a great starter yard-stick. We’re confident that the M6 will break 200 mph if delimited, but how quickly will it get there, and what kind of competitive time will it post at a given racetrack?

And what about that all-important “it” factor? How exotic is the M6 to walk around, to sit in, and to drive? We expect the M6 to feel very special, as indeed did the M5, but is it an exotic by definition? No. It has exotic parts – M parts, but the chassis is a cookie-cutter 6er and unlike the bespoke sports cars in this article mentioned above, the 6 series starts its life as a very regular daily driver (a very nice one mind you).

Speaking of exotic parts, arguably the most exotic part of the M6 is its insane engine. It produces more torque than any of these competitors, and flat across the entire rev range. It’s horsepower figure of 560 is right in the territory – it’s the car’s heft that holds it back. If only the M6 weighed 300 lbs less it could potentially match the weight and performance of the 599.

As far as the overall feel and impression: the jury is out, and we will report back the second we exit the driver’s seat.

Price is seldom a consideration for supercar buyers – it’s a secondary thought – but as it turns out the M6 will be well priced to compete with the Aston and Porsche – the Ferrari is in a completely different price league (and many would argue, a different league altogether).

I expect the M6 to be a super car, but not a supercar when wrestling for a corner with the likes of a Ferrari, Porsche or Lamborghini – let alone a Koenigsegg, Bugatti or even the homely and lowly priced Nissan GTR. BMW: where’s the M8? I want the 760iL’s 6.0 liter turbo V12 handed over to the M division for extensive work. Place it in the i8, re-engineer the suspension, brakes, chassis, transmission and aero as always, and deliver a worthy successor the the M1. Deliver a supercar. 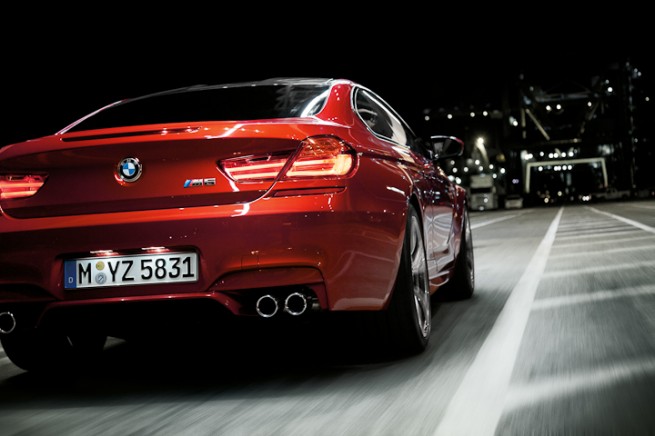