With a height of 1384 mm, the new MINI Roadster is 20 millimeters shallower than the MINI Convertible. The difference in height is barely perceived in everyday life, but there are other visual elements that differentiate the two models. The windshield of the Convertible is thirteen degrees less steep than the Roadster which also includes a short passenger compartment distilled around
two seats. The flat boot lid visually separates the two vehicles when looked at from the rear.

The slightly different shape also results in a smaller frontal area, which ultimately provides lower air resistance. The weight of the Roadster is 45 kg lower than the MINI Convertibles. In combination with the special suspension tuning, the MINI Roadster is one of the sportiest open MINI of all times. 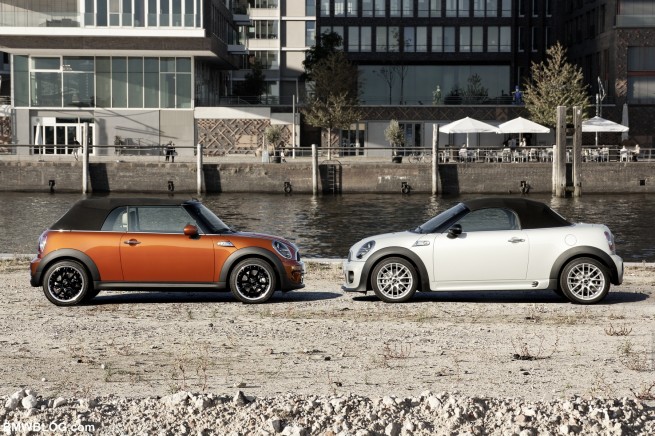 The engine range of Convertibles and Roadsters is largely the same, with the the Cooper D not yet being available for the Roadster. Thanks to the lower overall weight, better front weight distribution, traction, the performance of the roadster models across the board are slightly better than the Convertible. The sprint to 100 km/h of the two-seater, depending on the engine, is between three and eight tenths of a second faster than the four-seater convertible.

The price for the MINI Roadster will be published in the next few days, but it is already clear that MINI Roadsters will come with an additional premium over the convertible. 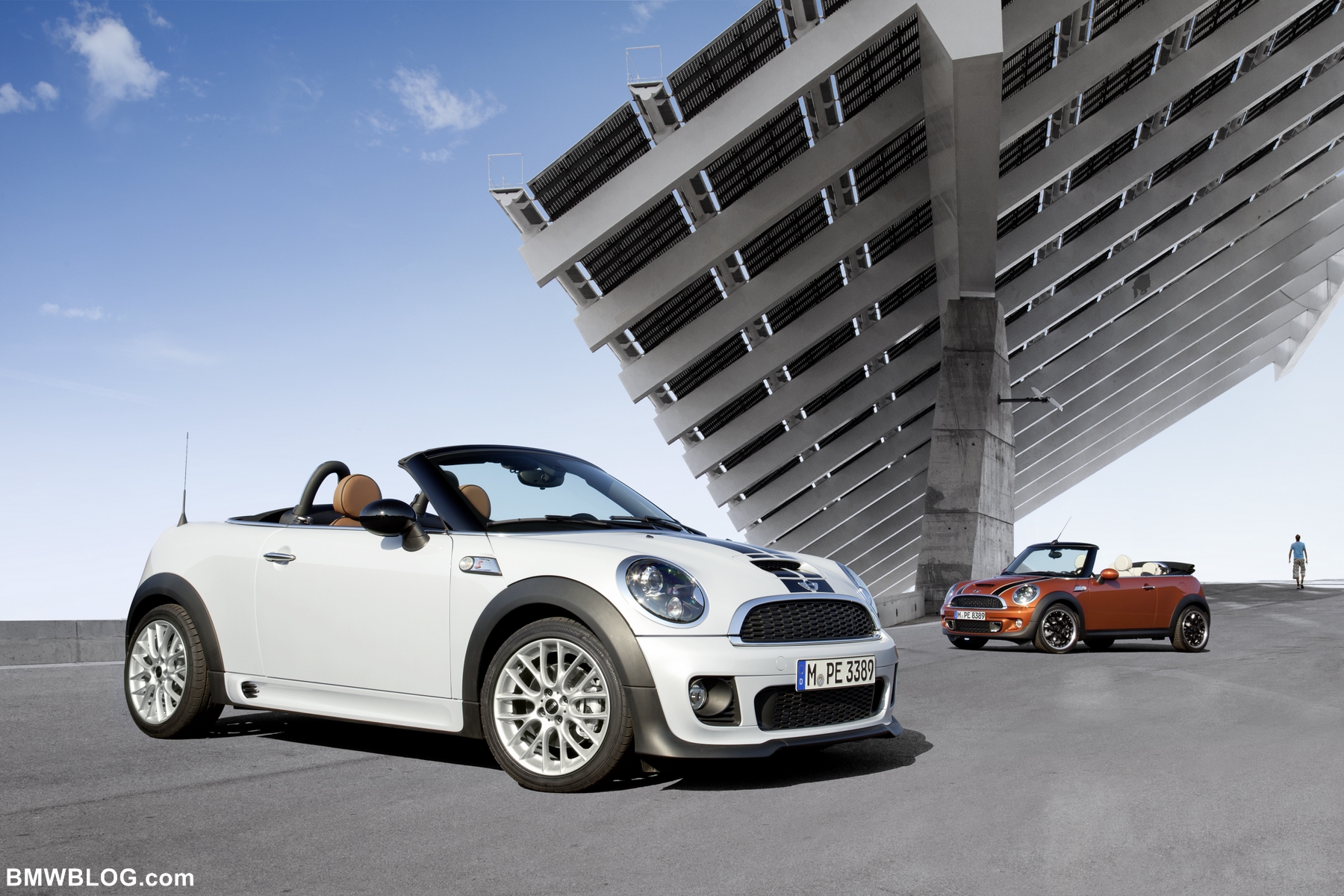 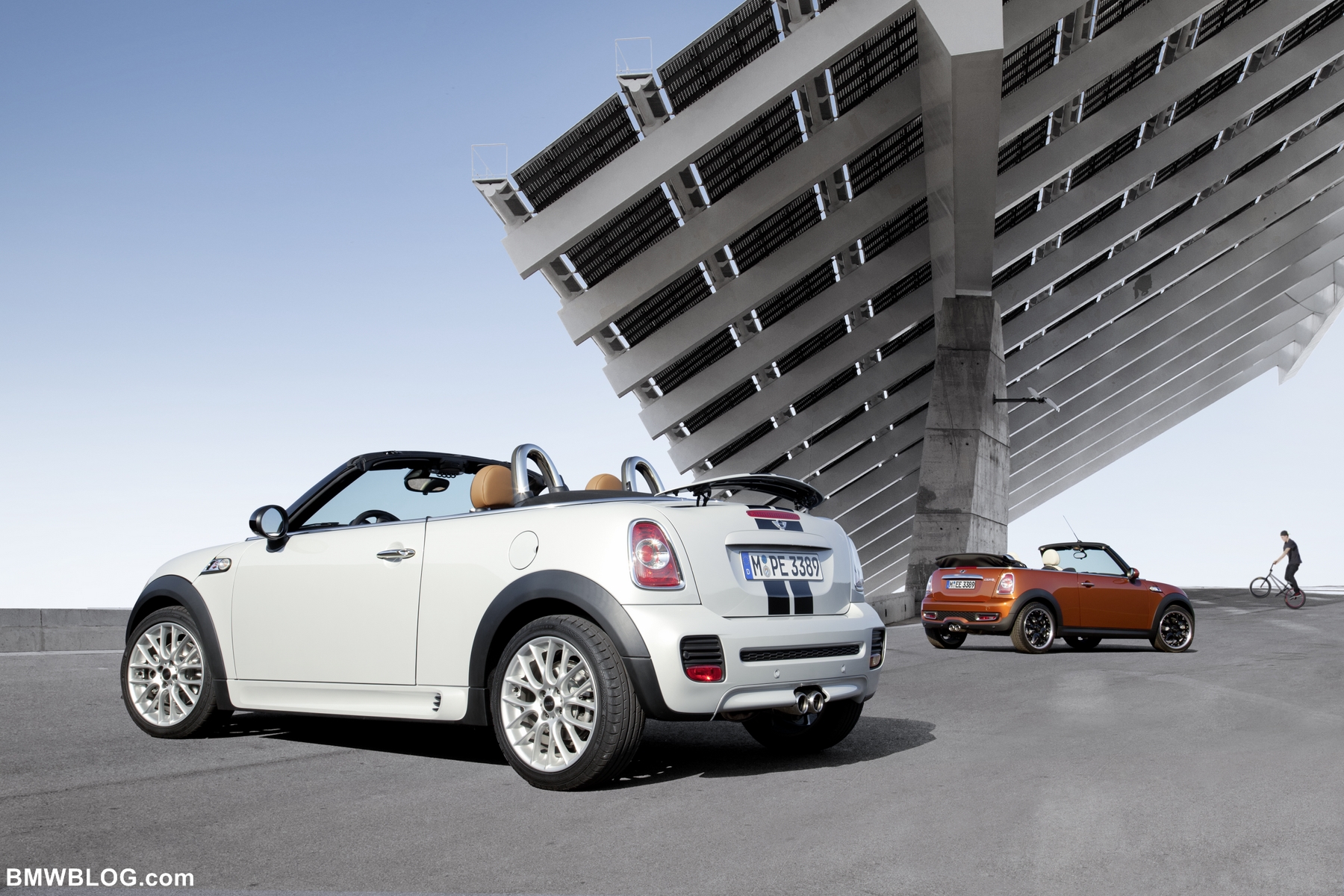 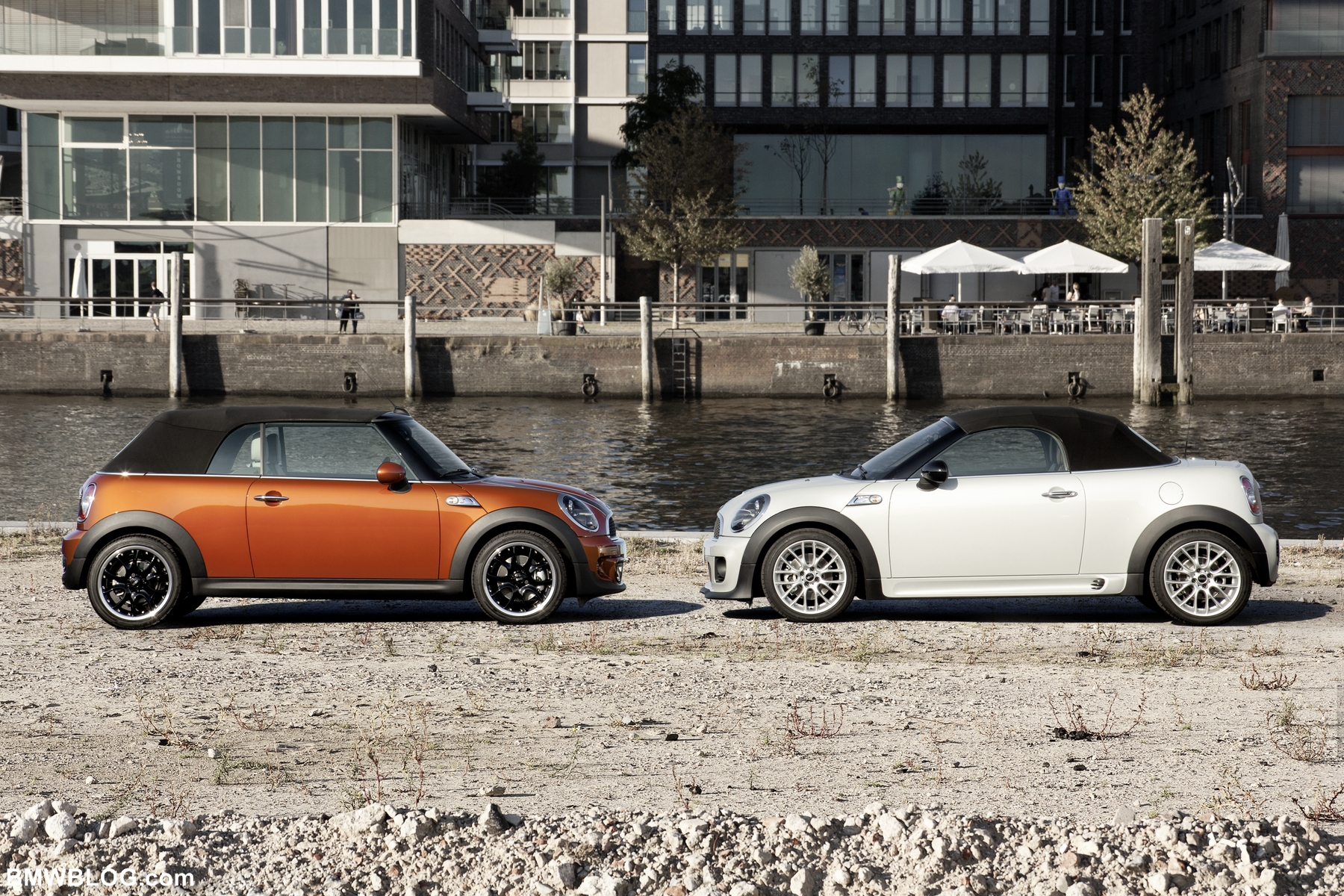 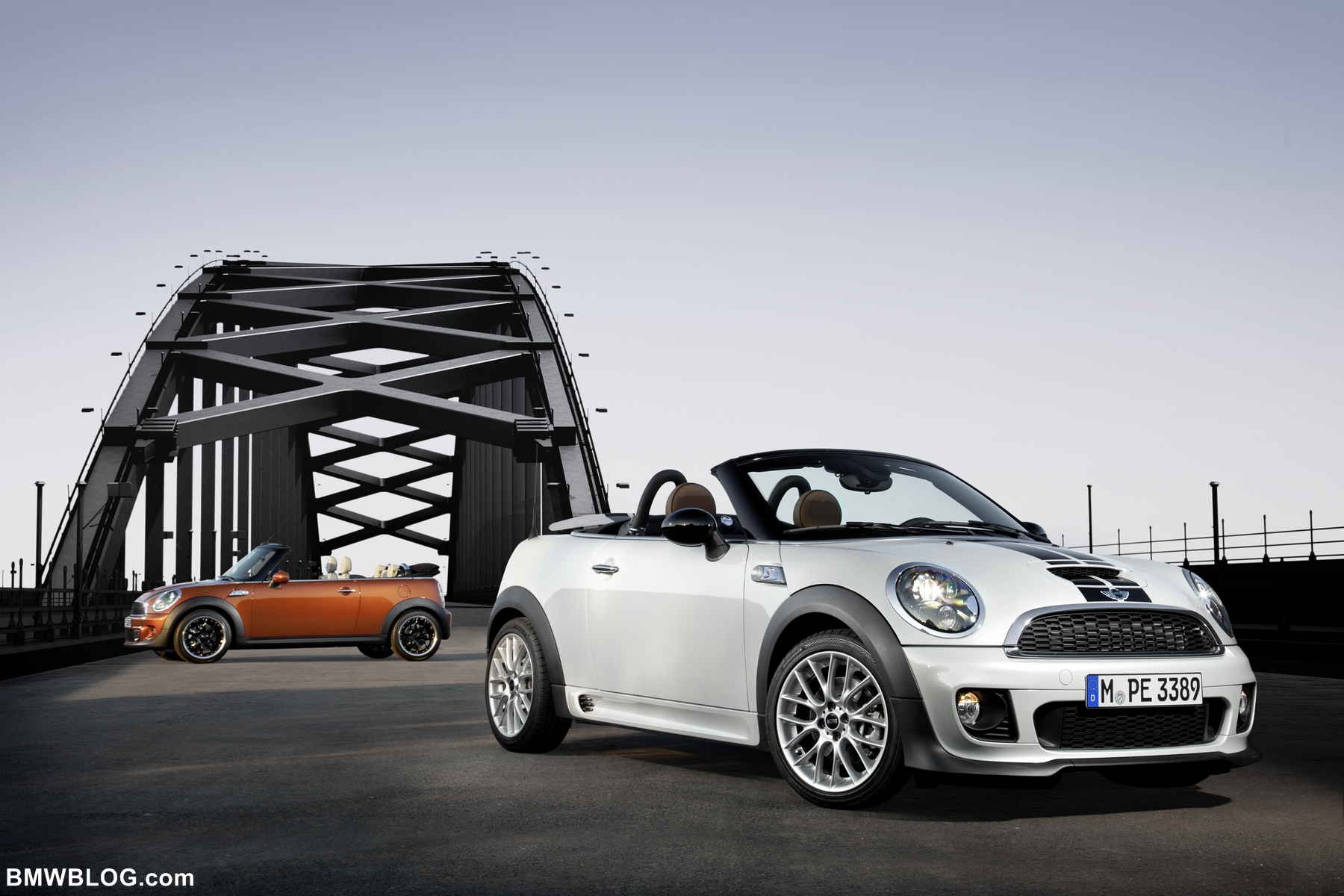