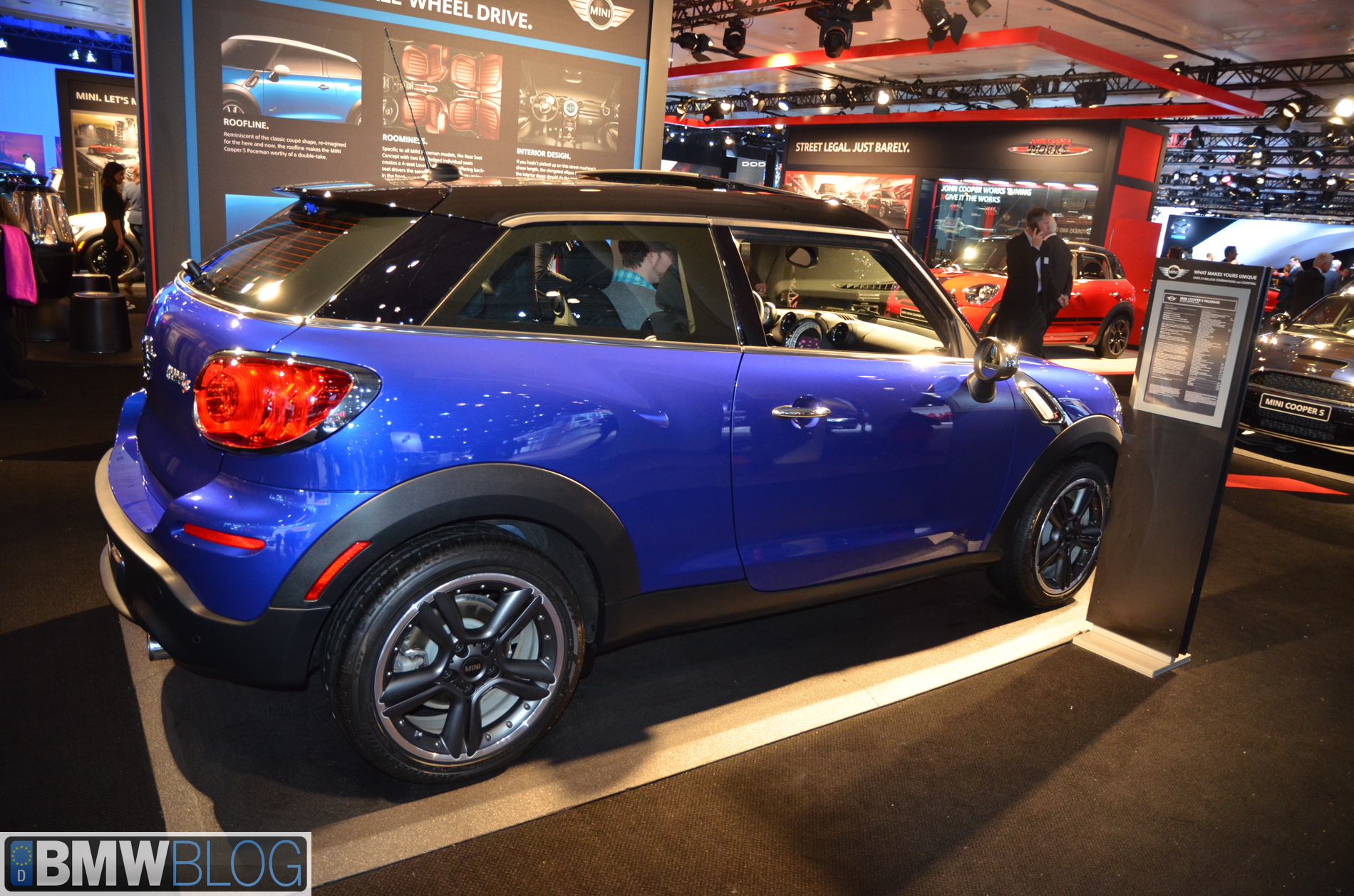 CarScoop discovered official patent images of the MINI Paceman that were filed a couple of days ago. At this year’s Detroit Auto Show, MINI unveiled their latest and newest concept. Following the same steps as the X5 and X6 models, MINI launched a coupe version of the Countryman under the Paceman name tag.

The Sports Activity Coupe from MINI retains the familiar MINI family front end, but adds its own distinctive design cues. At a first glance, MINI Paceman resembles the last year’s release Countryman. The large headlights with chrome surrounds extend far into the front wings and, together with the strikingly contoured bonnet, emphasize the imposing front end.

Additional intakes in the lower section of the front bumper ensure improved brake ventilation and combine with the study’s deep-set fog lamps to sharpen its sporting edge. The side scuttle has a broad, sturdy-looking design and leads the eye from the A-pillar down towards the front wheel, making it an unmistakable, sporty, wheel-accentuating feature

The patent images below are in-line with the design cues seen in Detroit, but minor changes will occur when the car goes in production.