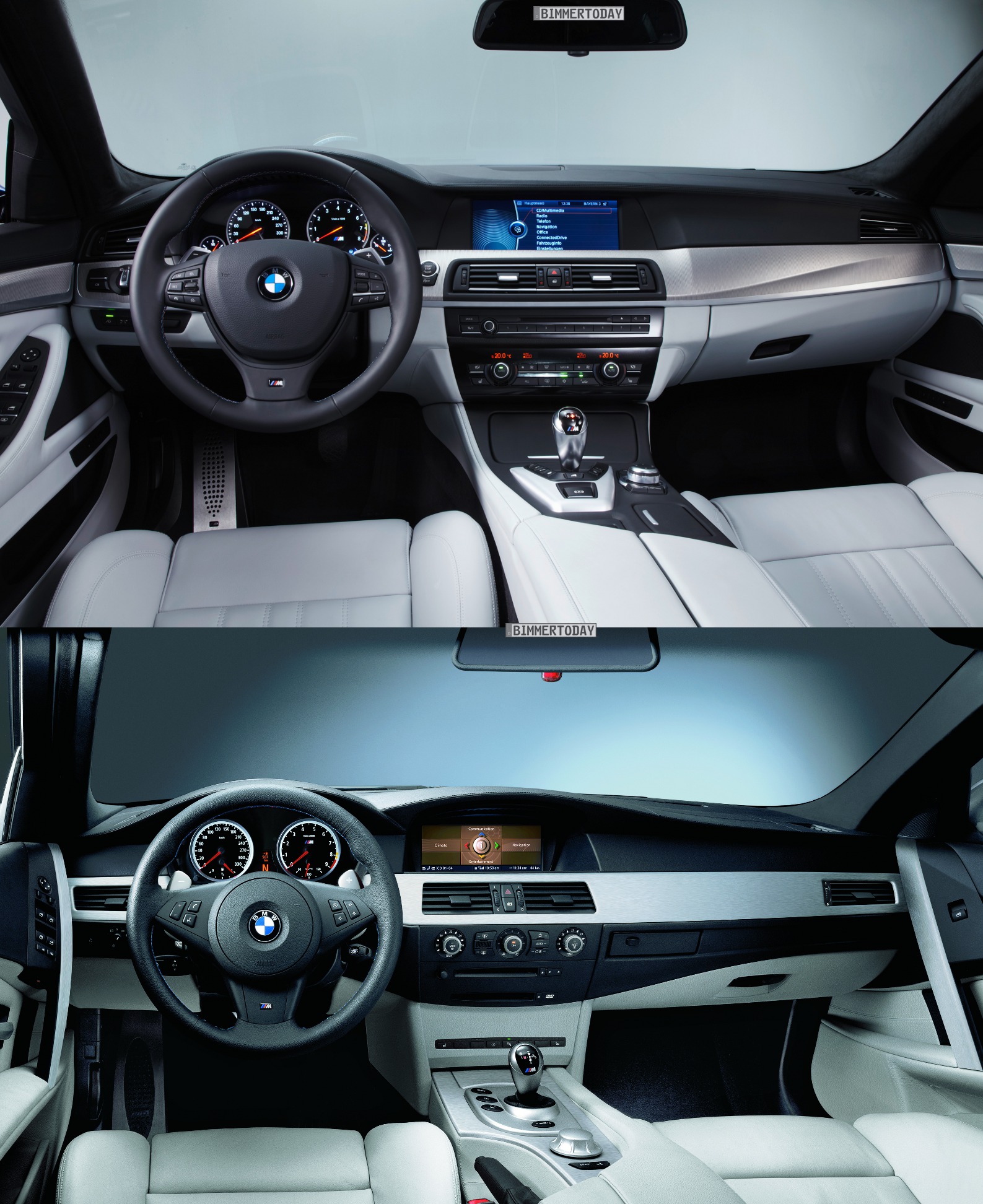 Earlier today, BMW took the wraps off the new M5 sedan. The super sporty premium sedan sits at the top of 5 Series lineup and brings several new innovations and a revised engine.

The F10 BMW M5 builds atop the safer and more stylish design of the new 5 Series. The design language is easier on the eye than the previous E60 generation and the M5 enhances its aggressiveness to the M-specific levels.

The F10 M5 delivers what one expects from an M car: aggressiveness, sportiness and elegance. The front spoiler takes the M5 a step further than the 5 Series models with the popular M-package, three large air intakes, blacked out grille and discreet rear spoiler located on the boot lid serves to optimize the car’s aerodynamics.

The engine is mated to a 7-speed M Double Clutch Transmission Drivelogic. A manual option is offered for US customers.

E60 M5 was built on the controversial 5 Series designed by late BMW designer Davide Arcangeli, under the direction of ex-BMW Chief Designer, Chris Bangle. The bodystyle was controversial due to its unusual proportions. The eyebrow of the front headlights was also frowned upon by car magazines for taking away the aggressive look of its predecessors.

The E60 M5 was introduced in 2005, same as the new one, in a concept form first. It was the world’s first production sedan to feature a V10 petrol engine. The 4,999 cc V10 S85 engine was redlining at 8250 rpm, and developing a peak output of 500 horsepower and 520 Nm (380 lb-ft) of torque. The BMW M5, along with the E63/64 BMW M6, were designed to use the new Getrag SMG III single-clutch seven speed semi-automatic transmission. BMW announced in October 2006 that a 6-speed conventional manual transmission would be available in North America, this became the base transmission in these markets while SMG III is an option.

From 2002 until 2010, unofficial reports state that around 19,500 M5 sedans were built at the Dingolfing plant in Germany.

As always, BMWBLOG gives you a photo comparison of the old and new models. 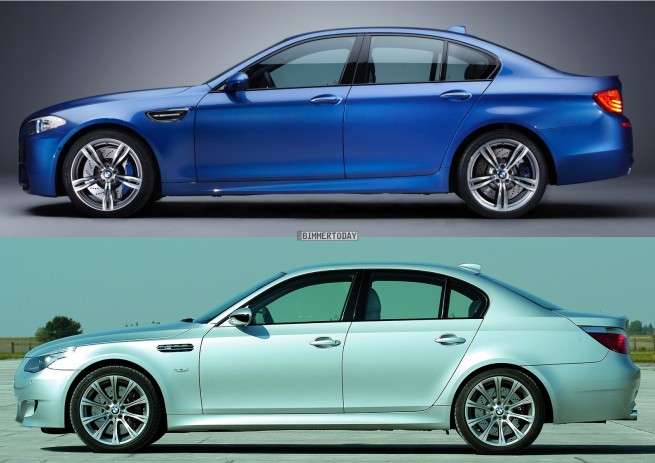 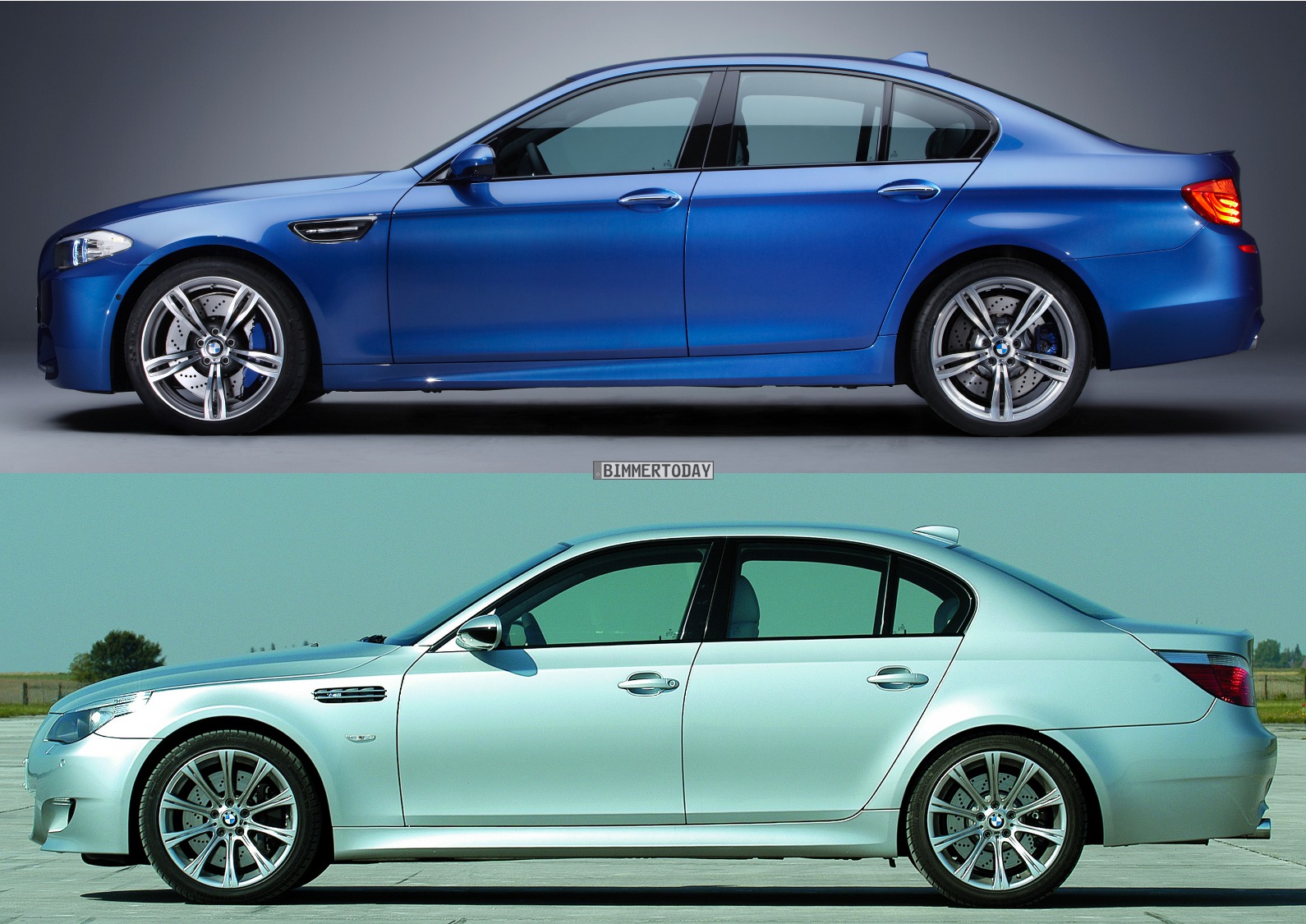 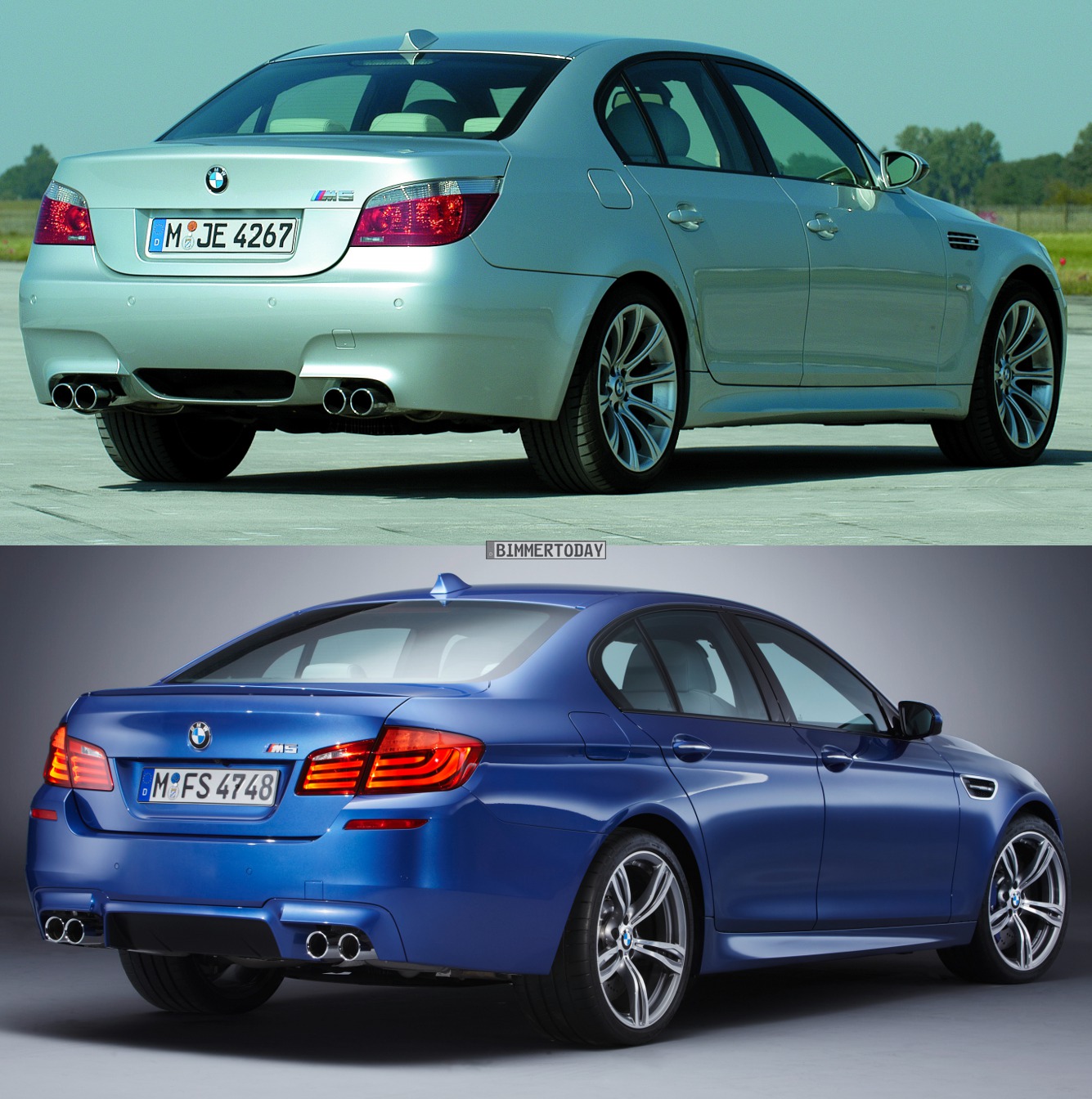