The new 2012 Mercedes-Benz M-Class was unveiled earlier today with a brand new exterior and interior redesign. The premium SUV from Mercedes will continue to compete against the BMW X5, Audi Q7 and Lexus RX.

The new 2012 M-Class shares its underpinnings with the new 2011 Jeep Grand Cherokee and will launch in the US this fall. Initially, the Stuttgart-based automaker will offer three variants: 2012 ML 250 Bluetec 4Matic, 2012 ML 350 Bluetec 4Matic and 2012 ML 350 4Matic BlueEfficiency.

Compared to the current model, the exterior design is sleeker and more sculpted, while maintaing essentially the same shape and size. Inside, Mercedes-Benz has redesigned the cabin, providing more front and rear elbow room. High-tech gadgets are included in the redesign. The most obvious difference in the interior is a switch from round air vents to rectangular. Among the available finishes are aluminum and four different kinds of wood, while material choices include microfiber, leatherette and high-quality leather. 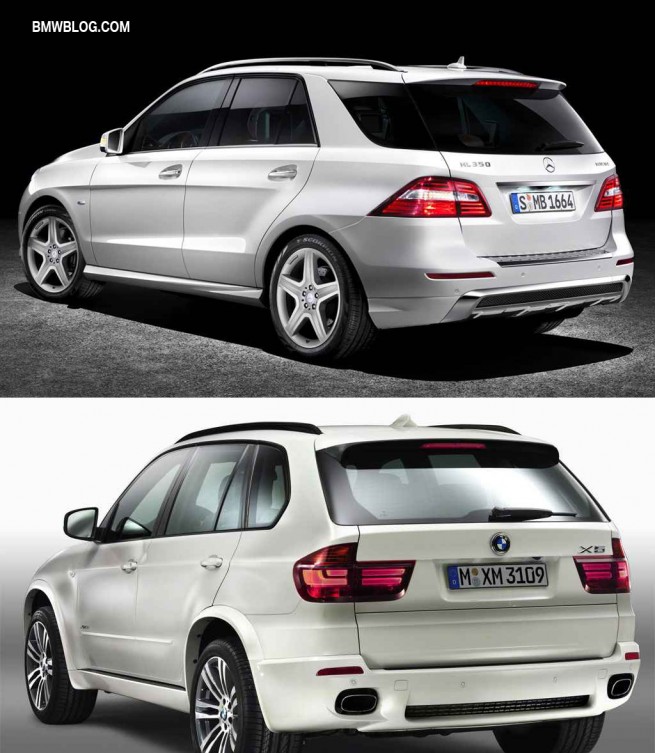 All wheel drive and 7-speed automatic transmission are included in the redesign.

As always, BMWBLOG gives you a photo comparison against BMW’s top-seller SAV, the X5. Photos include both the X5 M Sport package, as well as the standard model. 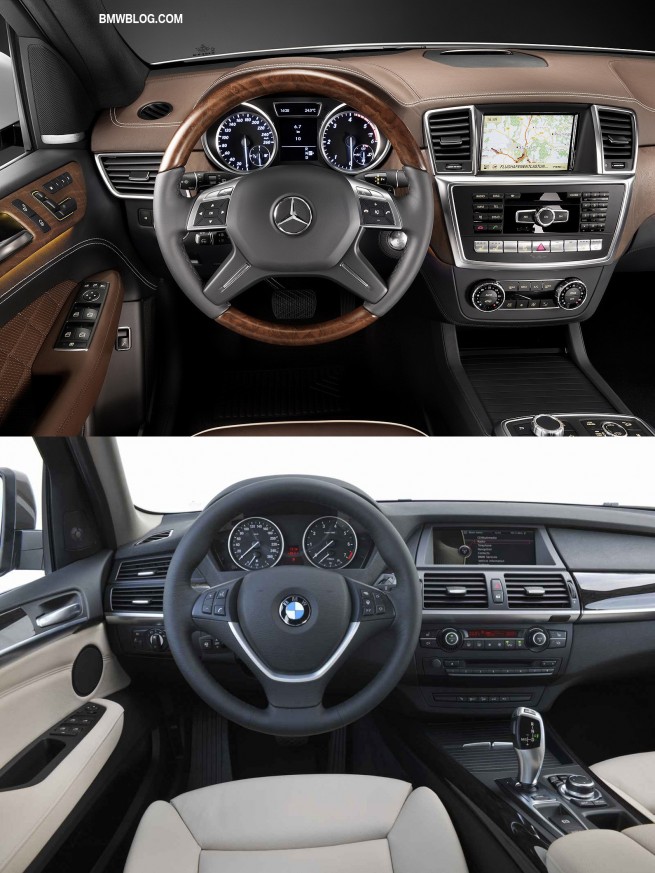