A little time was spent comparing the fender flares of the E30 M3 to the 1M. I suppose you can make that comparison, but . . . 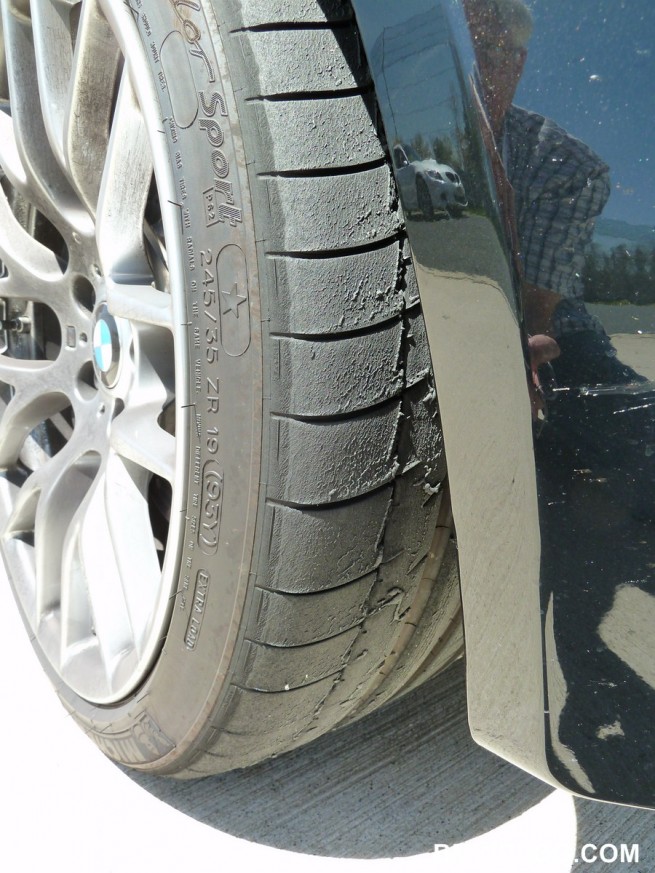 Tires can do a lot for the feel of a car, and the Michelin Pilot Sport PS2s are super sticky. See the following . . .

The shocks are monotubes, but are not the adaptive dampers like the M3. The M button on the steering wheel only affects the ‘throttle’ mappings in the 1M subsequently. And here’s a link that explains the difference between twin-tube and monotube shocks: http://www.kyb.com/service/monotube.php (There’s a nice little video embedded in the page too.)

The whole rear suspension is lifted from the M3 – everything is carried over to the 1M with the exception of the springs.

Javier Mota, from Univision, and I took a white 1M up to the track and for some time were following an orange 1M and the one thing that stood out (besides the arresting orange color) was how far down into the underbody airstream the cooling fins for the differential extended. 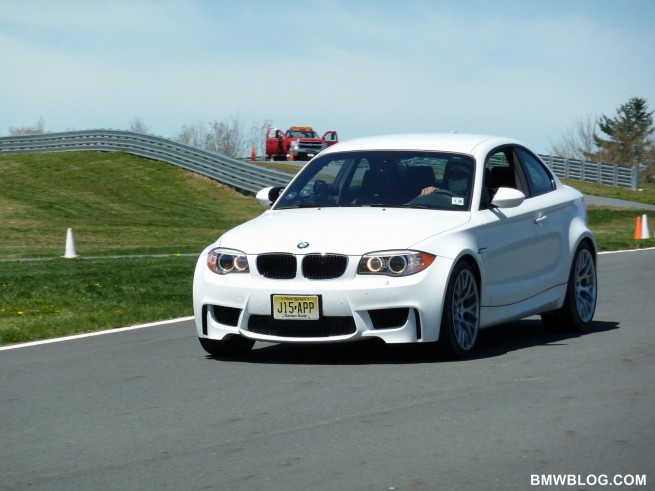 I asked casually about why there wasn’t an Alcantara seat option and was told that the wear characteristics of Alcantara are not what they are willing to live with.  Still some tough wearing cloth would be nice, it’s less slippery and doesn’t get as hot. However, I suspect true track day junkies will have the stock seat replaced with a racing seat ‘tout de suite’.

A note taken after time on the track, “Transitions (weight transfer) were well managed. It never felt uncertain, never skittish. But it was brutally quick and competent.”

And while times were not given, Matt Russell did say the the 1M was quicker round the ‘ring than the E46 M3.

As good as this car is, it’s not for everybody. And face it there aren’t that many drivers who can deal with a manual transmission car.

Did I mention that this car has bags of TORQUE!!! 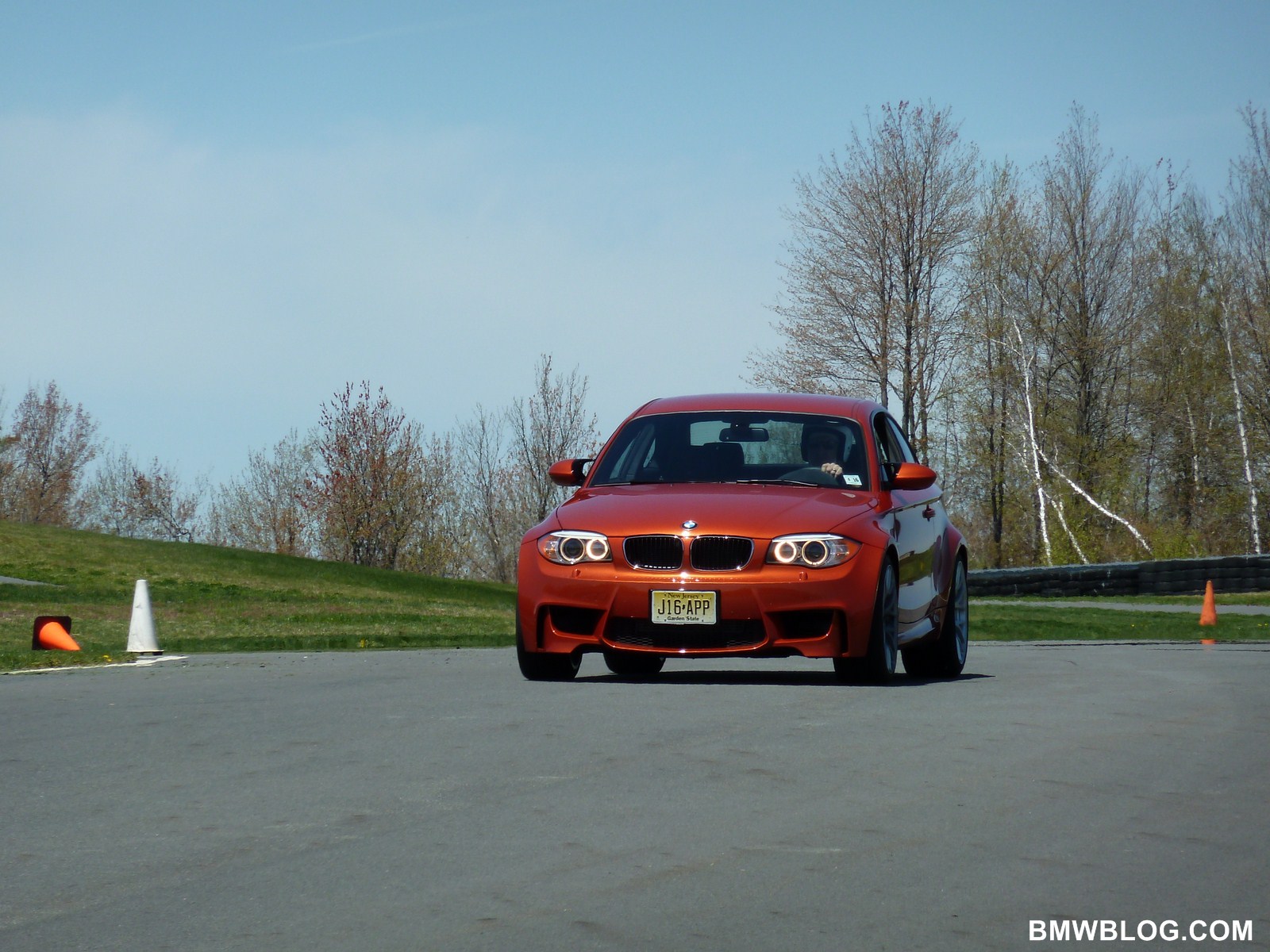 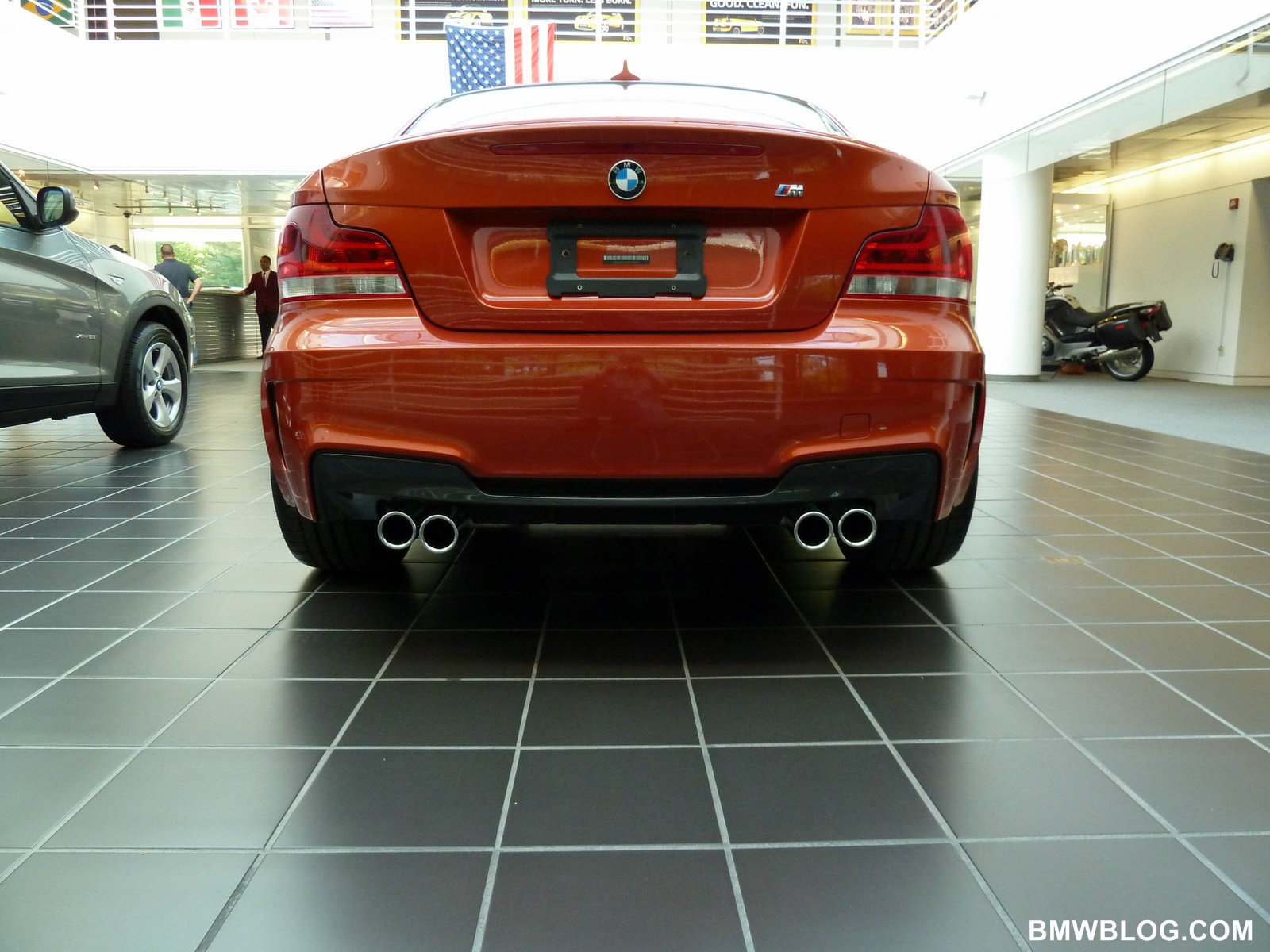 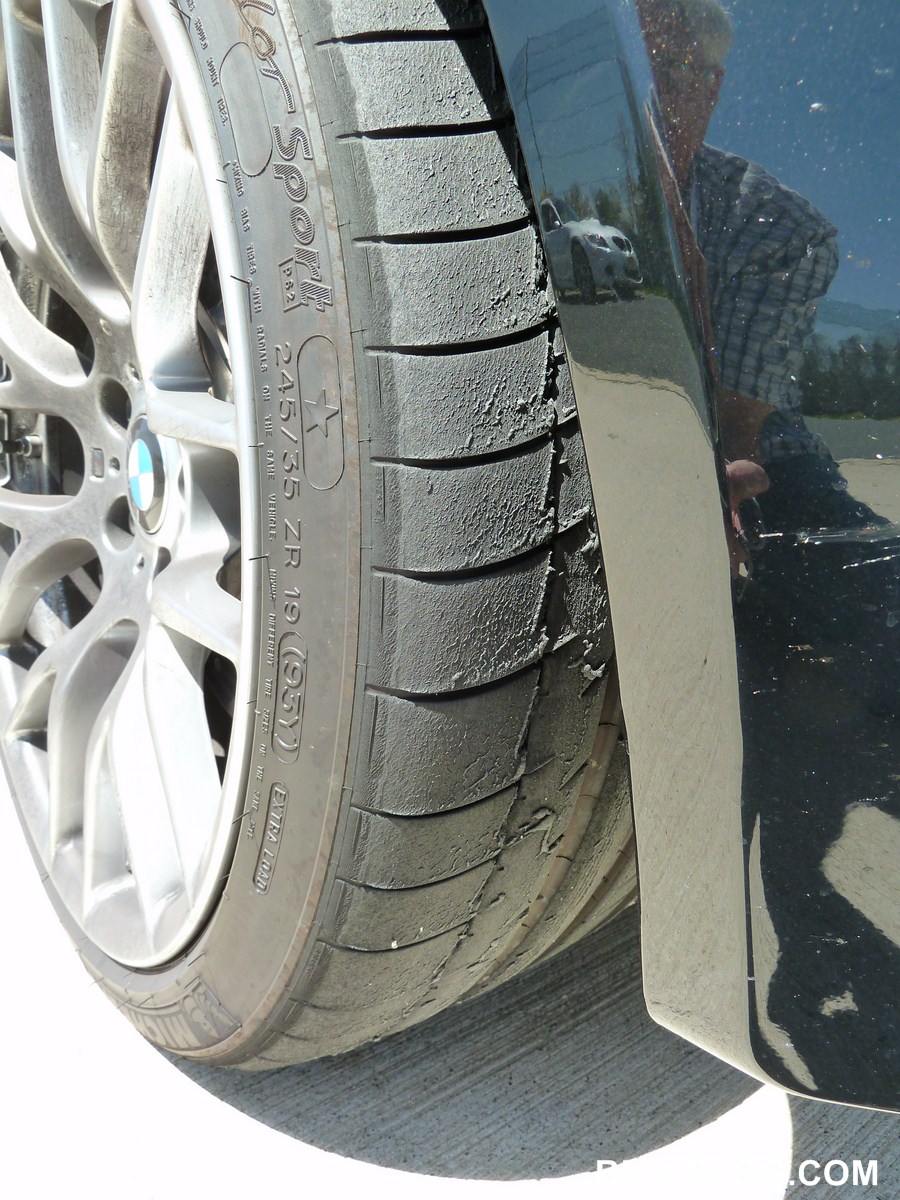 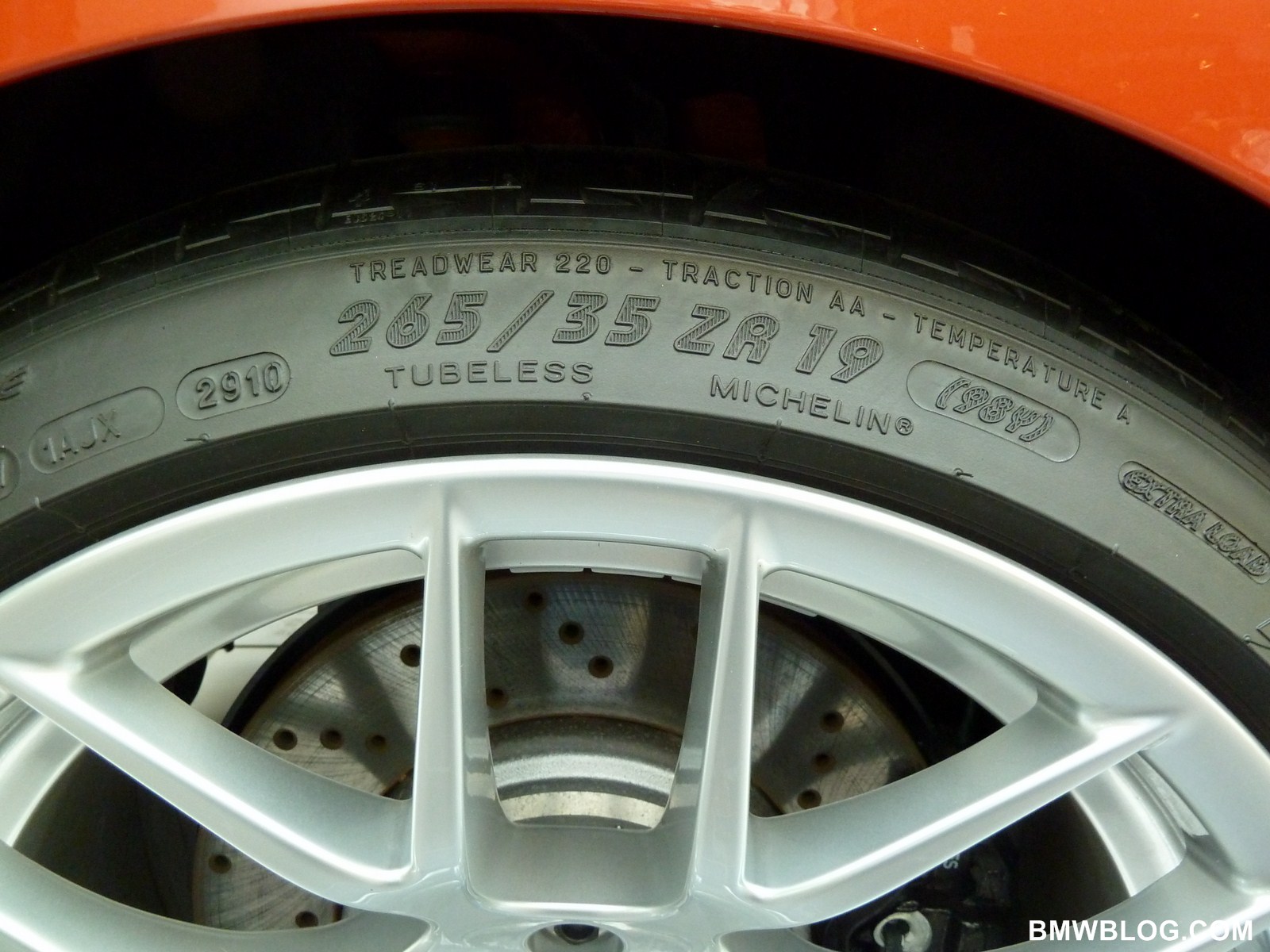 A lap with Allison Duncan, an instructor at the BMW Performance Driving School