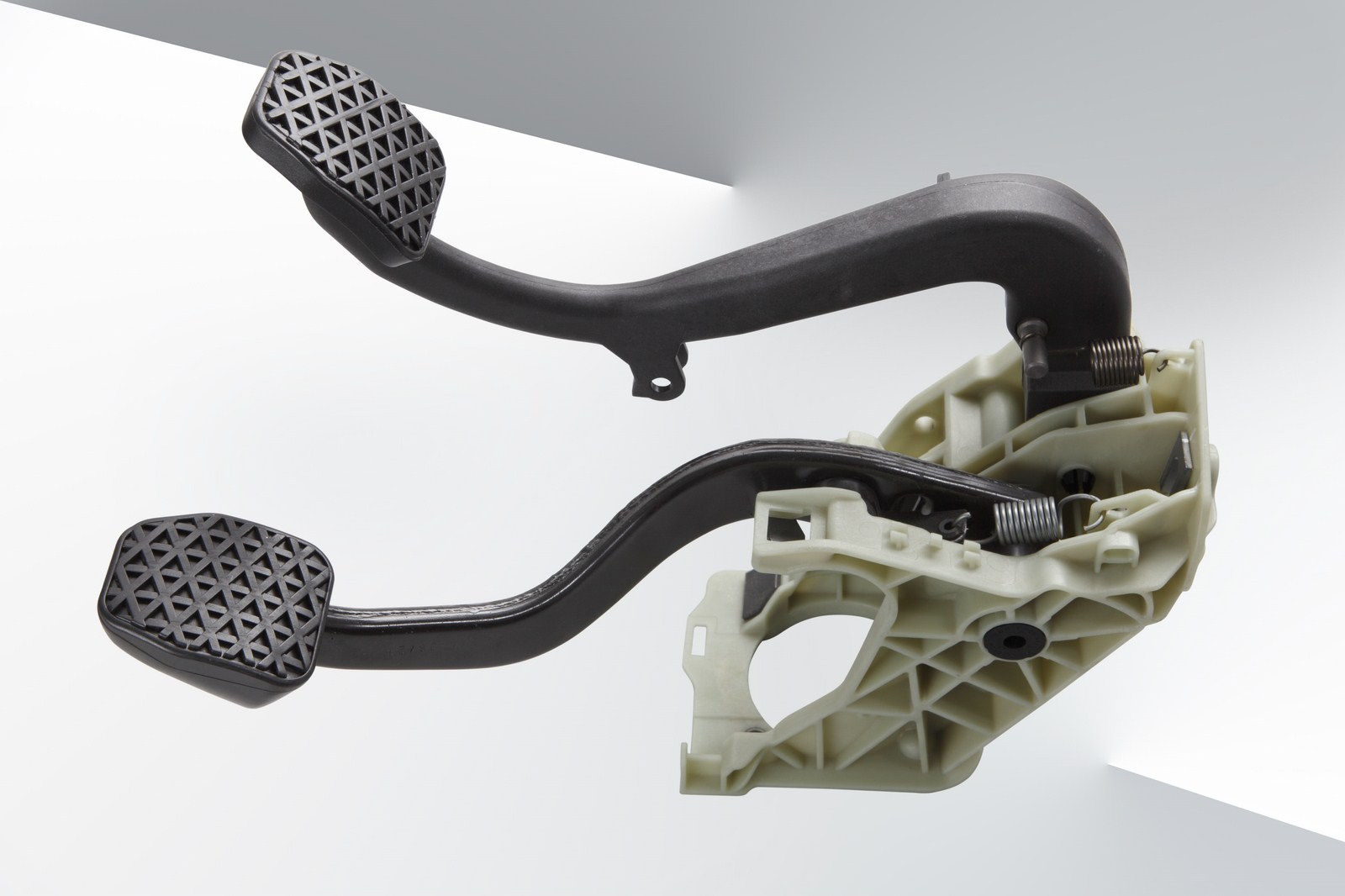 Munich, Germany – The last stop of the day for the English speaking journalists at BMW’s Innovation Day was Light Weight Construction. Various pairs of parts were arrayed around the room, with a production part and a lightweight version forming the pairings.

At first it seemed to be a bit under whelming, but upon further reflection it made more sense. BMW’s EfficientDynamics isn’t about ONE BIG THING, it’s about a multitude of small things that add up to significant savings in fuel use and emissions.

Sprinkled into the mix were aluminum parts, which are finding there way into production vehicles. Items like the 5er GT hatch are made out of aluminum and doors and fenders for other cars are also made of aluminum. While some makers have done the unibody core in aluminum, BMW seems to be centering their chassis development on specialty steels that can be made lighter through special production processes. 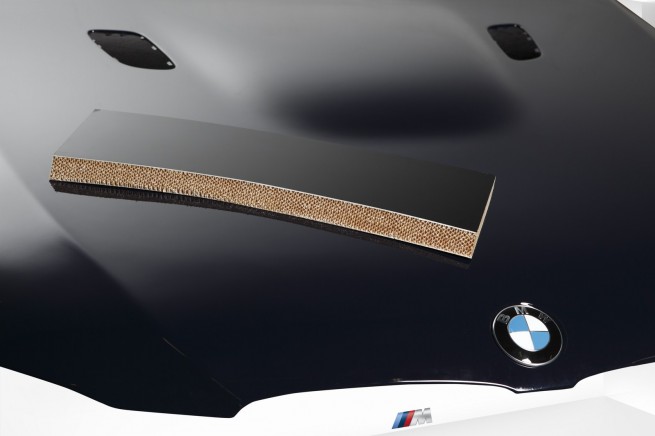 Also on display was a clutch and brake pedal box that was a molded high strength plastic piece. The original was a stamped steel assembly made up of five pieces and fasteners. The new single molding is not only lighter but easier to assemble.

There was an interesting hood (bonnet) that appeared to fit an E82 1er. It was a cardboard honeycomb core covered by carbon fiber. It appeared to have undergone pedestrian impact testing because there was damage marked at various places on the hood. This material may be more ‘ding’ resistant than metal on horizontal panels ( it may be used for hood and rear deck lids, possibly front fenders), While the composite won’t deform like metal (and subsequently be readily repaired), it may resist light impacts (say hail damage) better than metal panels. This is not production ready, but the weight savings over steel or aluminum are enormous. 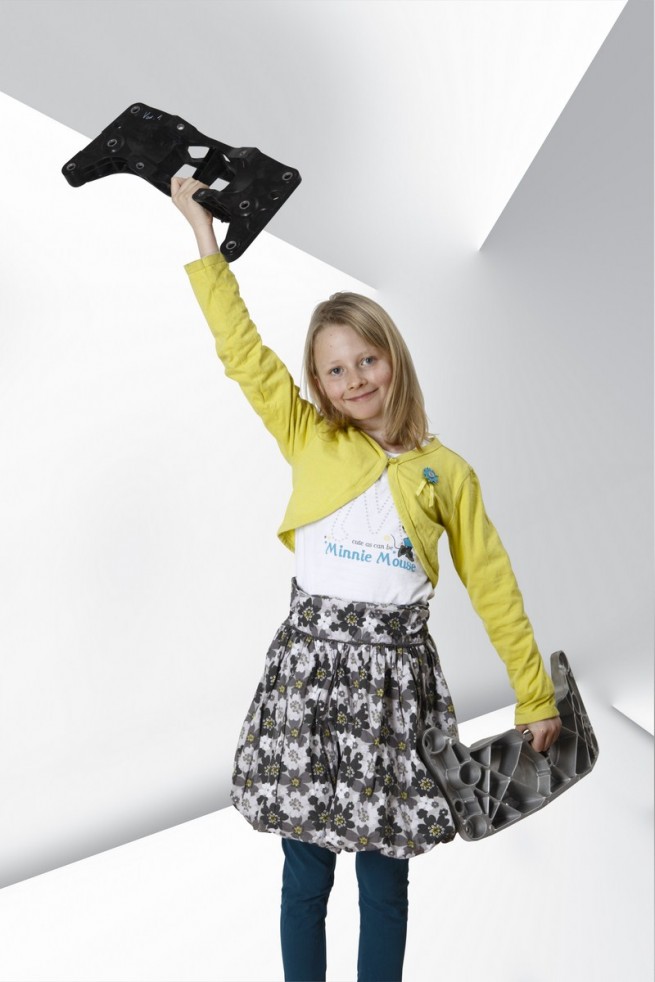 There were a number of plastic suspension components and a plastic transmission carrier on display. They too provided a significant weight advantage over their metal counterparts. They will also be as strong and durable when they do make it into production. From my perspective, the difference in weight is at most significant for the enthusiast driver, unsprung weight. Any savings in weight in suspension components results in better handling and driver ‘feel’. As to whether the plastic will deform like metal, it makes no difference. A deformed metal suspension component should be tossed, not straightened. 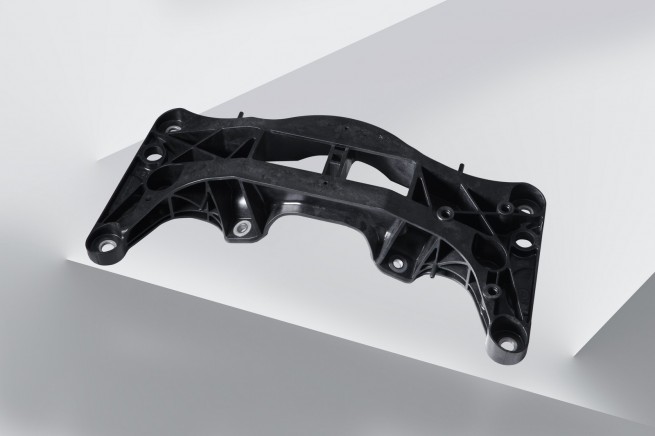 There was an interesting brake assembly on display, but it was probably the most ‘so what’ of the pieces on display. It was a rotor with an aluminum hat and fixed calipers. The diameter of the rotor was large as was the hat. So there was as much swept area as a more compact one piece rotor and yet less weight. However, as was brought out in questioning, the brake assembly requires a minimum 19 inch diameter wheel. Since similar brake components are available in the aftermarket already, one wonders what the point is. Yes it will save weight – but the parts count goes up. 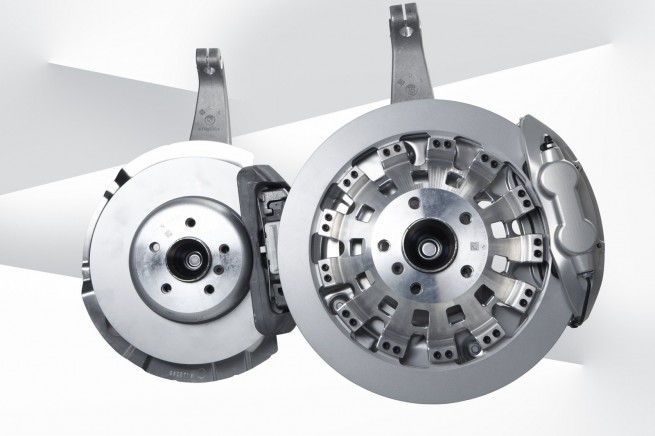 All in all, there were a number of nice innovations on display, some of which are in production already, some which are destined for production in the near future, and some possibly to throw off the competition. But BMW again showed that EfficientDynamics is a journey of many small steps. 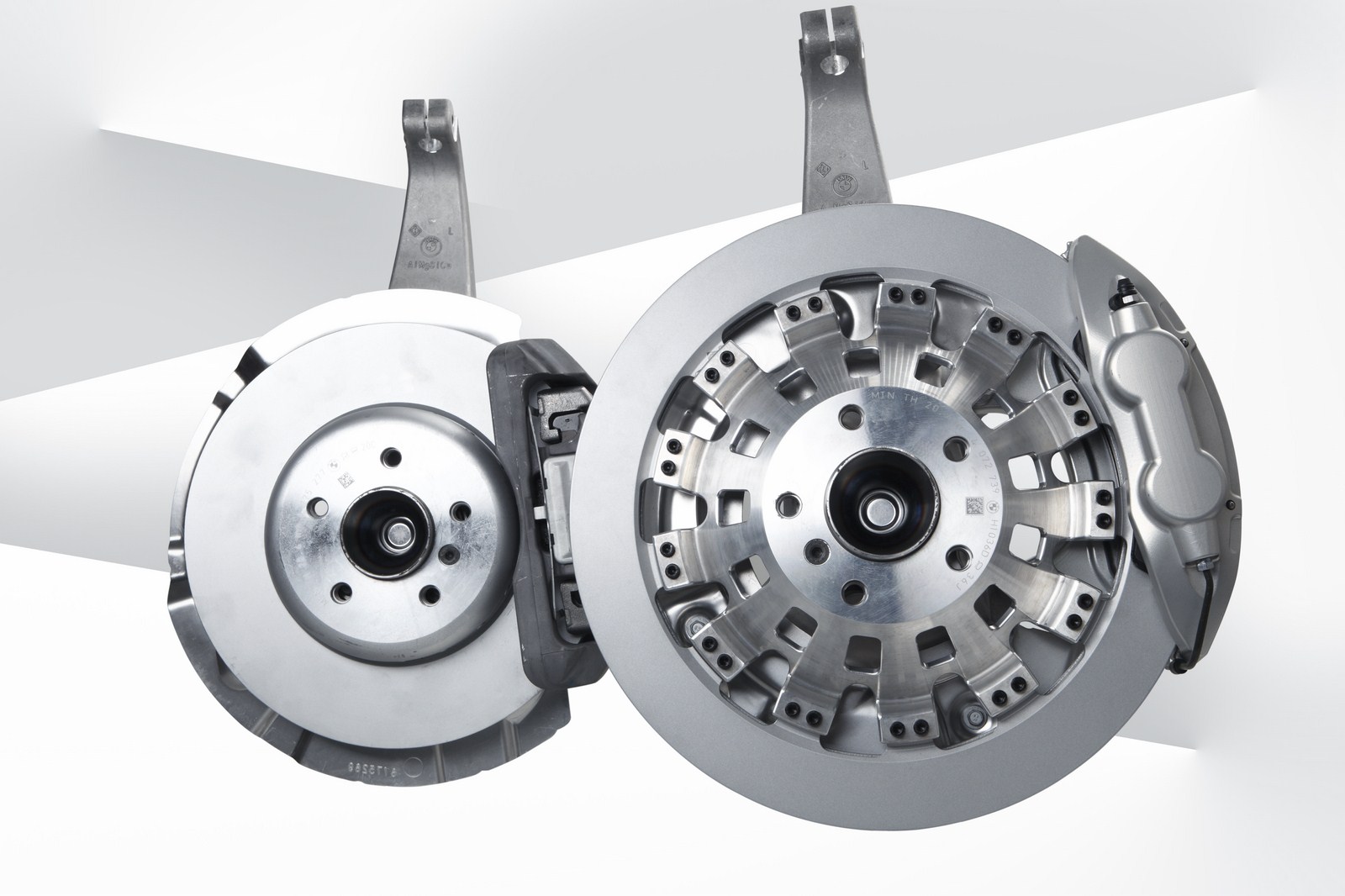 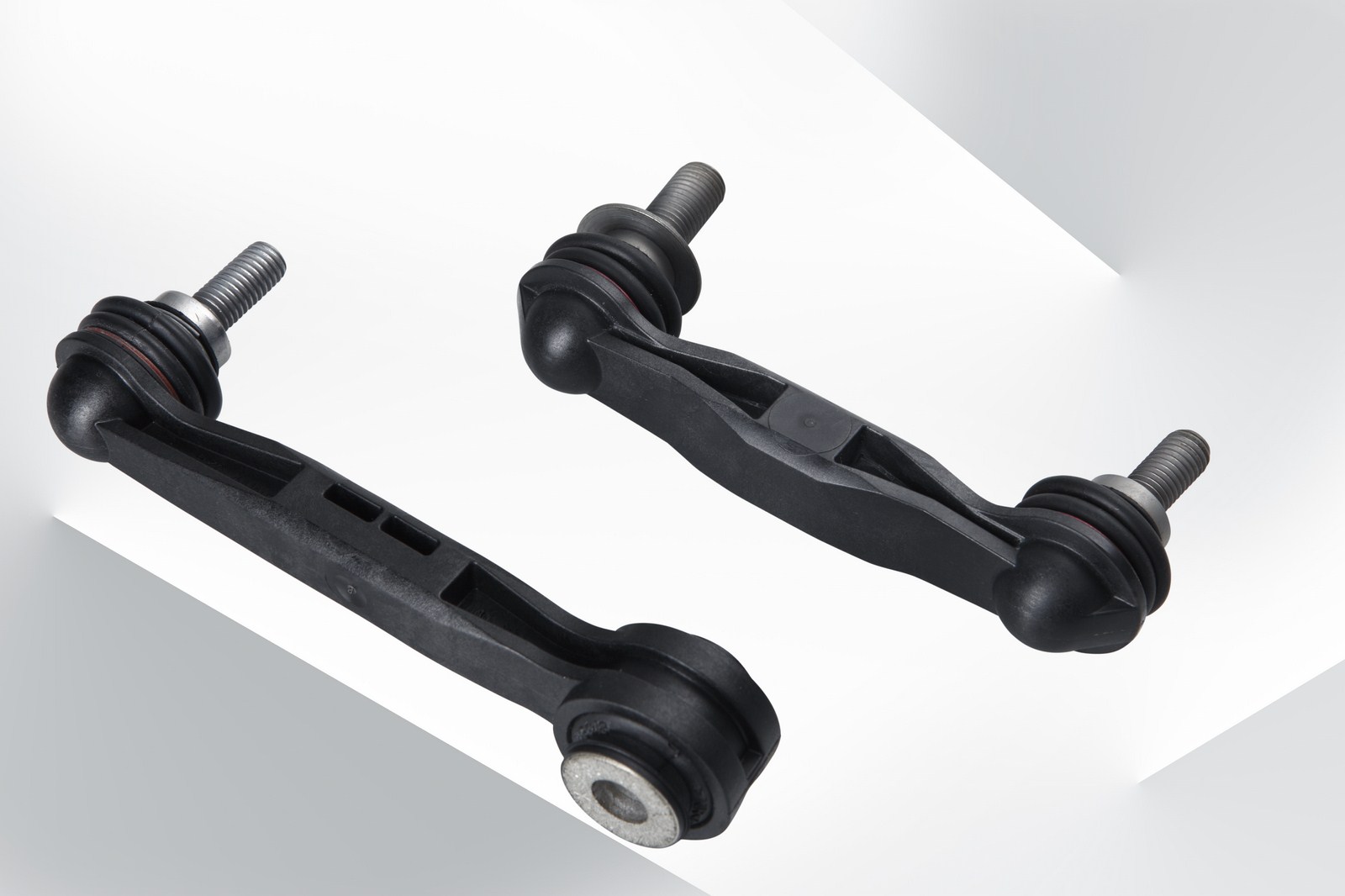 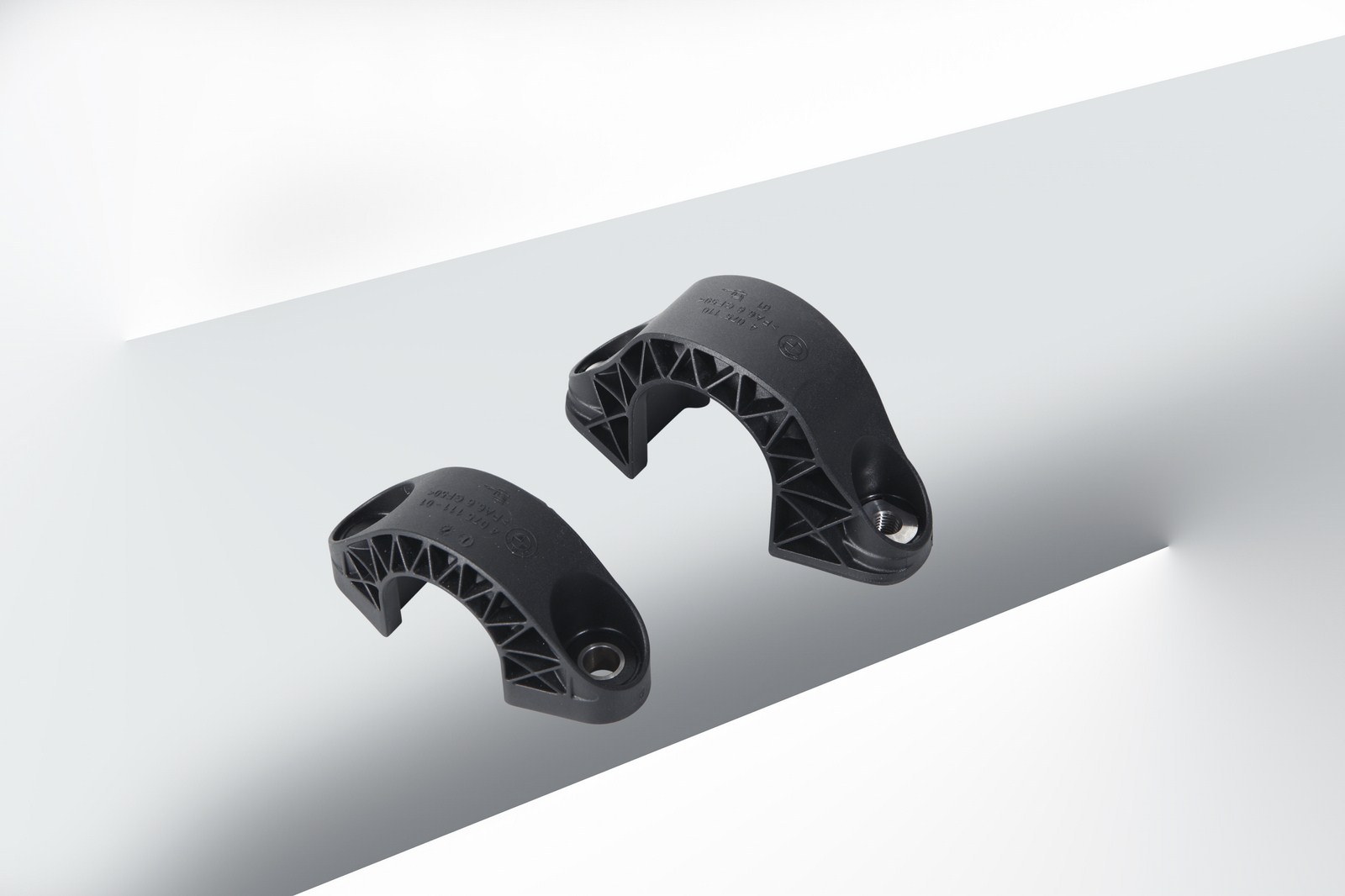 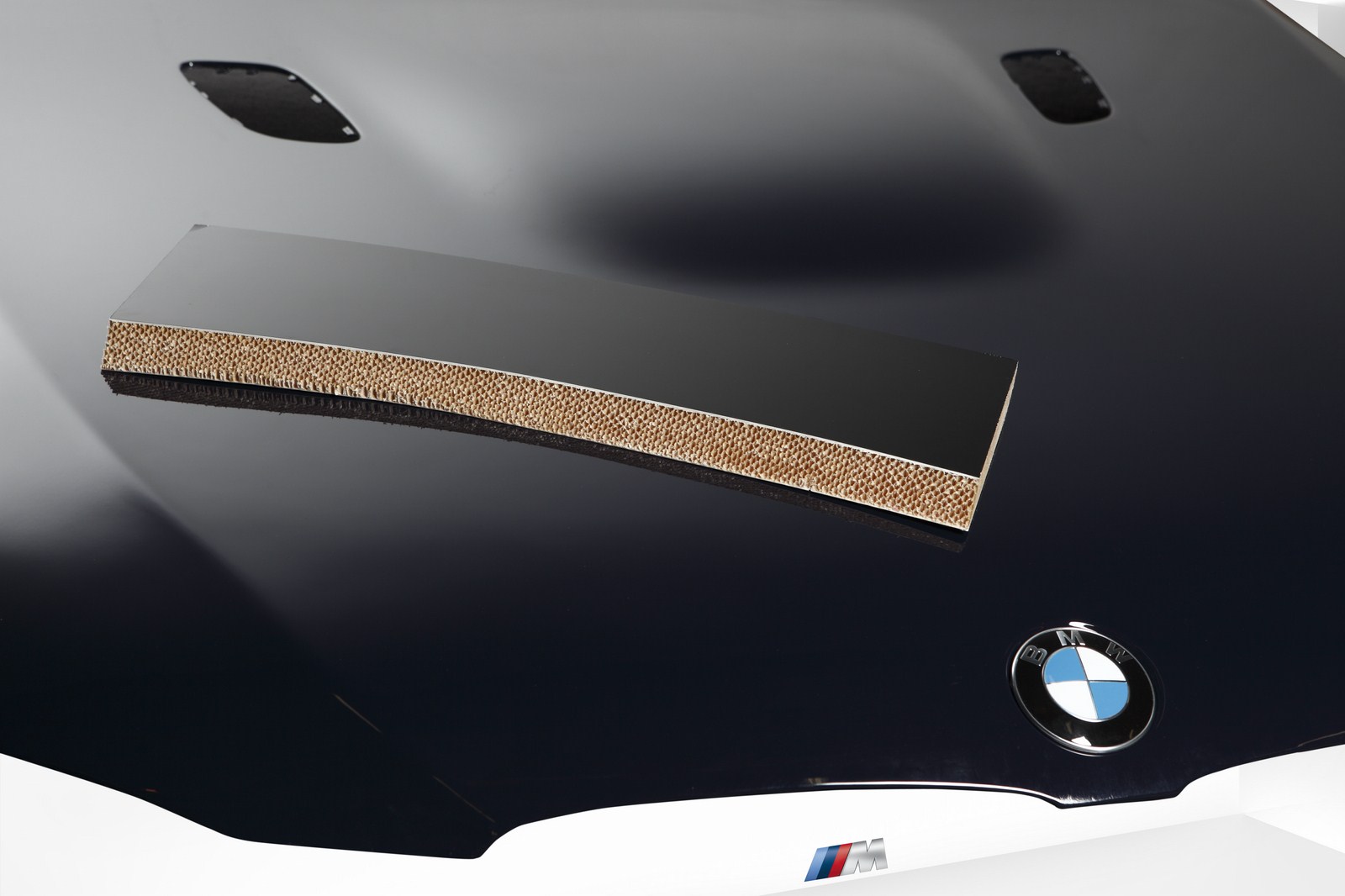